Villagers run on empty as Covid-19 lockdown drags on 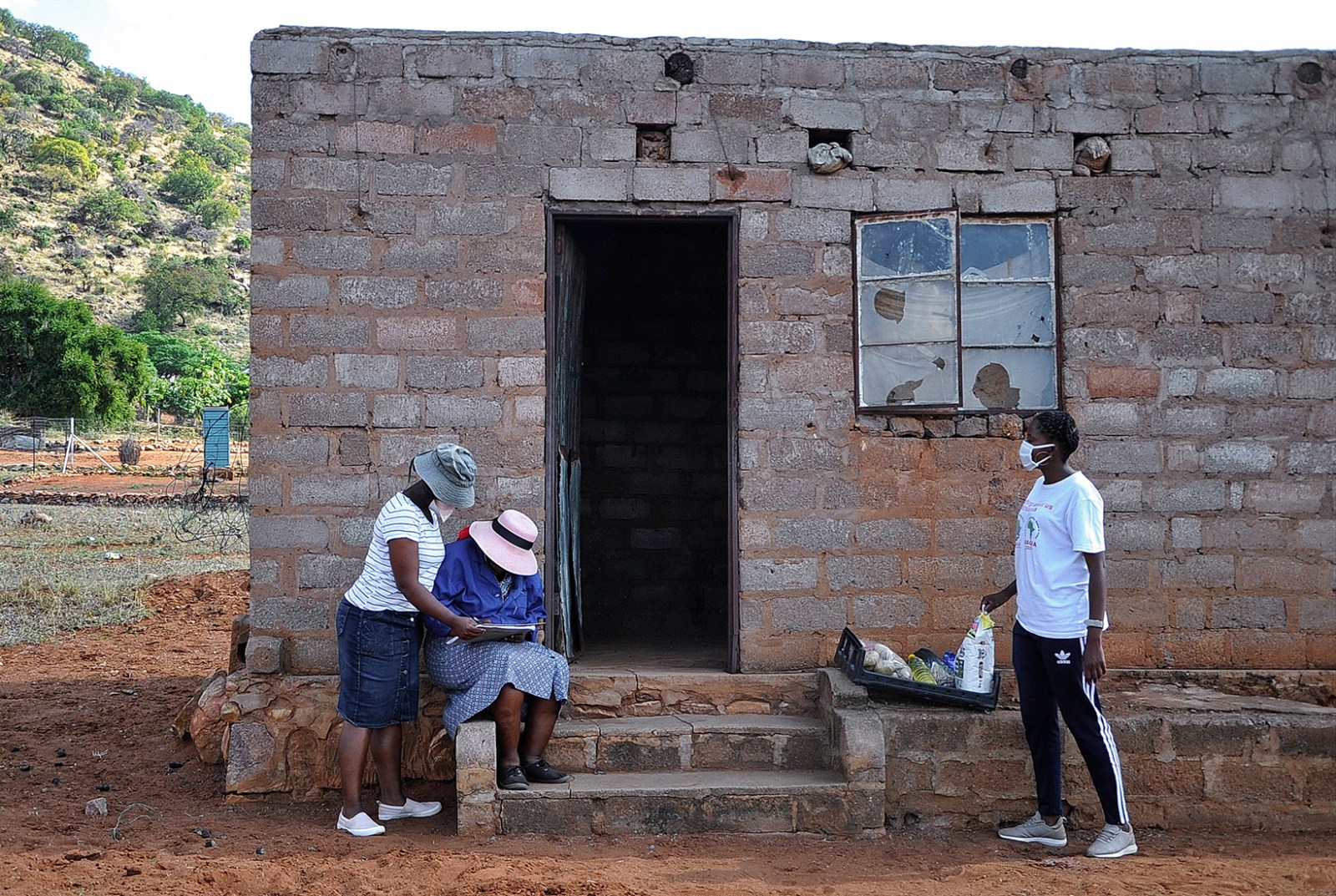 Unemployed Diale Mokoka has been depending on relatives for meals since the Covid-19 lockdown was imposed by government in March. (Photo: Lucas Ledwaba / Mukurukuru Media)

Efforts by activists and non-profit organisations are exposing the deep suffering and poverty in Limpopo communities.

Ramatsemela Thobejane was so stressed after her attempt to apply for the social relief of distress grant failed that she tripped and fell as she was walking back home down a footpath that cuts through a mountain.

“I was thinking too much about this thing,” Thobejane said, nursing a painful knee while sitting in the shade of her brick house in Moshira village later that afternoon.

She was hoping to also benefit from the social relief distress grant of R350 announced by President Cyril Ramaphosa.

This is why, after hearing repeated announcements about the grant on radio, she left her home at 5.30 that morning to travel to the nearby village of Magobading to apply.

After walking for about an hour and a half through a deserted mountain pass she found other people already queuing at the social services office.

But she was disappointed at being told she couldn’t register because she doesn’t have a bank account. To open a bank account would require a R100 return taxi trip to Burgersfort and a further deposit of funds to activate it. She didn’t even entertain the idea because she was flat broke. And so in her despair, she hit the road back home on an almost empty stomach to contemplate her next move.

Life was already tough for Thobejane before the government announced the  Covid-19 lockdown in late March.

She survived on earnings from piece jobs around her village, any job she could find, helping someone plough their fields, wash their clothes or herd cattle. But in a village where many are unemployed and depend on social grants for survival, finding regular work was never easy.

“Sometimes I earned around R450 in a month. We could buy some food,” she said.

Her son is unemployed and doing a course in bricklaying through a government-linked internship.

Thobejane hasn’t reached pension age, so she doesn’t qualify for the old-age grant that is among those that sustain many of the households in villages like Moshira.

Since the Covid-19 lockdown was instituted Thobejane has not been able to earn a living through her piece jobs because of the prevailing restrictions. As a result, she had virtually run out of food and water, hence she decided to apply for the social relief distress grant. Her village has no running water. Once a week a truck from the Fetakgomo Tubatse municipality delivers water in the village – filling up her 100-litre drum.

But for two weeks the truck had not shown up. The household had run out of water. Those who can afford pay R140 to buy a 100-litre drum of water from merchants who deliver from Magobading.

That day, Thursday 7 May, as she sat contemplating where her next meal would come from, a team of volunteers from the Mining Affected Communities United in Action (Macua) arrived to deliver a food parcel hamper to Thobejane.

Thobejane was somewhat confused as Tokelo Mahlakoana, branch co-ordinator for Macua in Sekhukhune, explained to her the purpose of their visit. Mahlakoana explained they were neither from the government nor a political party and were giving away food parcels as part of their mandate to assist poor families living in mining-affected communities.

Although there is no active mine in Moshira, it is located along the rich platinum mining belt between the towns of Steelpoort, Burgersfort and the village of Atok. There is an estimate of over 30 operational mines in the area which is the backbone of the provincial economy.

But although the mines rake in billions in profits and pay taxes to the state, this has not translated into much of a difference in the lives of village residents like Thobejane.

The Living Conditions Survey (LCS) published by the Statistics SA in 2020 revealed that Limpopo had the highest headcount of adult poverty at 67.5%. It further noted that adult females experienced higher levels of poverty when compared to their male counterparts.

Mahlakoana said the levels of poverty they often came across when distributing food parcels are shocking. They came across single-parent headed homes, child-headed homes and families where more than eight people depended on a single social grant.

She said they identified deserving families through their network of community activists who run a soup kitchen project and had already delivered food parcels to 70 indigent families in the Sekhukhune area since the lockdown started. Their packs sometimes include sanitary dignity packs for women.

“The food is not much. But without the little that we give to the families the suffering would be even greater,” she said.

Mahlakoana said the mining-affected communities had been hit hard by the lockdown because some villages depended almost wholly on income derived either directly or indirectly from mining. She was worried that the longer the lockdown continued, the more families would suffer.

Thobejane was still surprised by the gift from the unusual visitors when they left – but she was worried about how she was going to get water to prepare the food. The river that runs through their village is polluted by contaminated water from the mines.

Cattle and donkeys also drink from there and on occasion, residents have spotted businesspeople dumping waste from mobile toilets into the river.

But Thobejane and others like her have no choice. They dig holes in the dry parts of the river bed to fill up containers with water which they boil before using to cook.

On Monday Minister of Social Development Lindiwe Zulu announced during a virtual press briefing that government had so far distributed 323,000 food parcels in the provinces. She said a total of 525,000 of food parcels, including those by NGOs, had been distributed nationally.

She acknowledged the problems that have beset the food parcel distribution process in other parts of the country and said they are working on creative ways to iron them out.

She said uncoordinated food distribution by NGOs and government “creates duplication, partisan and corruption challenges, while proper coordination structures and mechanisms at national and in provinces exists, we acknowledge it is not enough”.

Zulu said that as of 30 April, the Social Security Agency of SA had received more than 80,000 applications for the Social Relief of Distress (SRD). She said that of this number, 57,763 applications were eligible. In April the Limpopo provincial government established a Provincial Food Bank to be run by various teams including social workers and community development workers to ensure that food parcels are distributed to the most vulnerable. However, despite the efforts of many, the United Nations World Food Programme has warned that the Covid-19 pandemic will see more than a quarter of a billion people suffering acute hunger by the end of the year.

“This food came when I had lost hope. I am going to have something to eat for a few more days and I am grateful. I hope these children can help others like me who are suffering,” said Thobejane.

Hopefully, the human spirit of giving will spread to many others like her who don’t know where their next meal will come from.

Municipal spokesman Moloko Moloto responded: “We continue to provide water to the residents through tankers, but admittedly it isn’t sufficient. We’ve recently drilled a borehole which fortunately has enough water. However, we’re awaiting water quality results and we’re confident they’ll green-light us to use the borehole as a water source for the residents of Moshira.” MC