School start is delayed and Sassa is flooded with grant applications 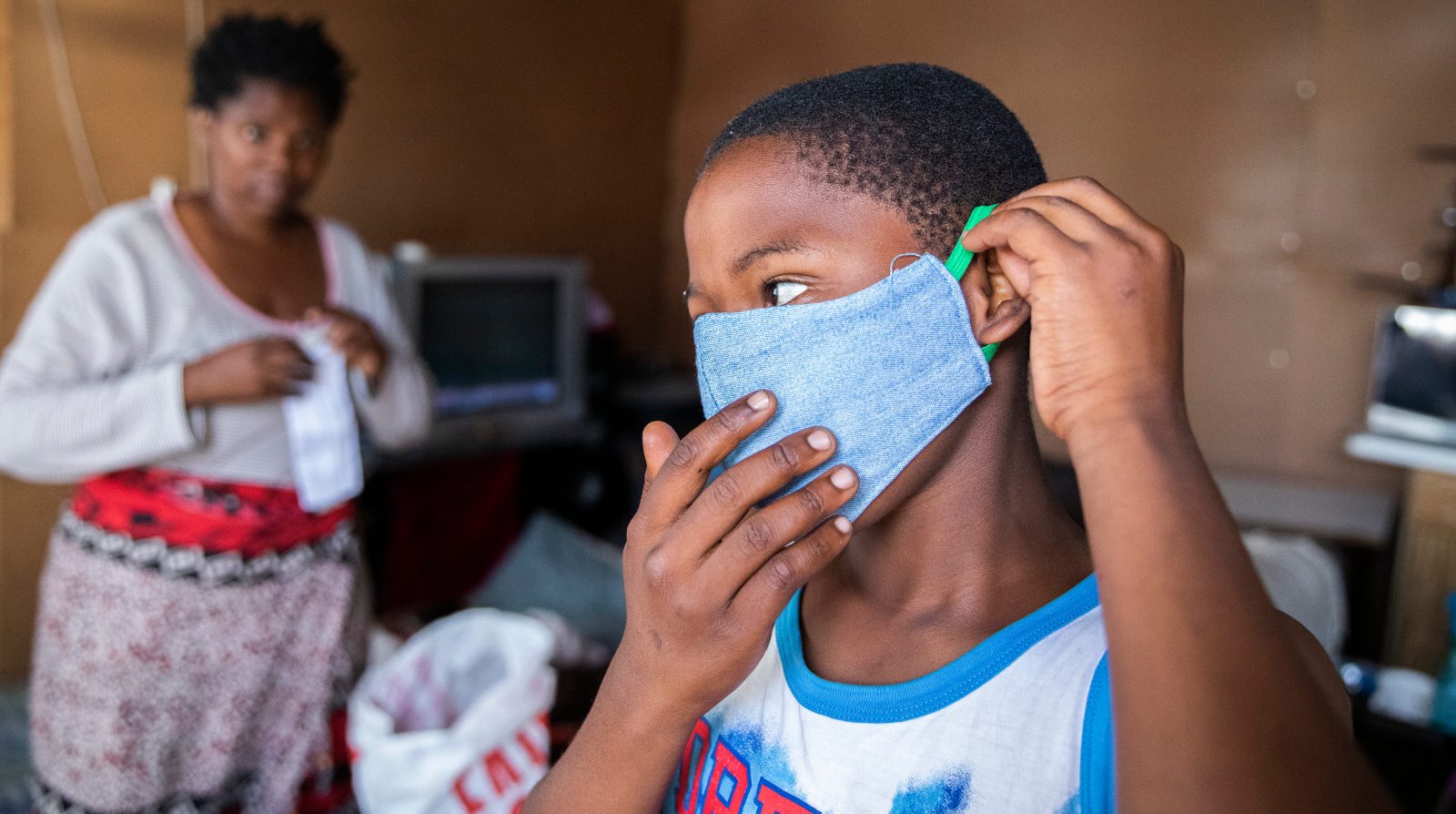 A boy fits a mask made by his mother in Masiphumelele informal settlement, Cape Town. (Photo: EPA-EFE /Nic Bothma)

Things changed overnight in South Africa on 15 March when the National State of Disaster was declared – and it won’t be the last time it does. Daily Maverick’s Daily Digest will provide the essential snippets of information about Covid-19 in South Africa each day. Read on to get the full picture.

School management teams were asked by provincial departments not to return to work on Monday, as formerly proposed by the Department of Basic Education. Instead, Minister Angie Motshekga met with MECs, trade unions and SBG associations to discuss concerns about safety readiness at schools.

For instance, Limpopo’s education department has said it has still not received personal protective equipment for schools. Meanwhile, KwaZulu-Natal says not all schools have confirmed that deep cleaning was done by Monday. As Ayanda Mthethwa reports, trade unions have pointed out previously that provincial departments do not have the capacity to prepare for reopening any time soon.

The SA Social Security Agency (Sassa) has received over 80,000 applications for the new Social Relief of Distress Grant of R350 a month since 30 April. However, only 57,763 were eligible, according to Minister of Social Development Lindiwe Zulu on Monday. She added that the R407-million budgeted for the new grant may not be enough to reach everyone in need this year. 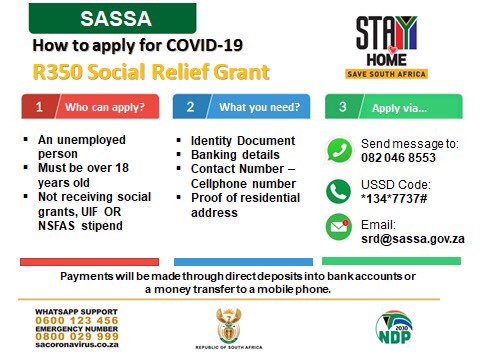 Some Sassa offices opened on Monday to provide limited services, and a new contactless application system went live. In addition, each day of the week has been reserved for specific groups. People over 60 can make applications in the offices on Mondays and Tuesdays, while applications for child support and foster child grants can be made on Wednesday and Thursdays.

As Chanel Retief reports, more than 1,200 volunteers have been recruited by the National Development Agency to assist with the distribution of food.

Meanwhile, former finance minister Trevor Manuel has said South Africa’s lockdown rules fail “the test of rationality”. This comes after Manuel published an op-ed in City Press, saying he is concerned that security forces are violating the Constitution as they enforce the lockdown. As Rebecca Davis reports, Manuel is currently the chairman of Old Mutual and a senior adviser to the Rothschild Group. He was deployed as one of the African Union’s special envoys in April to raise funds to help Africa respond to Covid-19.

The lockdown will not stop community transmissions from hitting South Africa, but will draw out the collateral damage it is causing, says infectious disease expert and member of the Ministerial Advisory Committee on Health, Professor Shabir Madhi. It is now up to citizens to take the responsibility for their health and that of others into their own hands, he said during a webinar with Maverick Citizen editor Mark Heywood on Sunday night. Watch the webinar below or read about it here.

In Cape Town, the closure of the Strandfontein temporary shelter is being finalised by the City. It has said that it has secured space at shelters and will be procuring prefabricated structures to be put up on vacant City land near existing shelters as accommodation for those who had been staying at the temporary shelter. However, as Vincent Cruywagen reports, the Strandfontein Homeless Committee has been barred from being part of these plans.

Meanwhile, real estate industry leaders have come together to appeal to ministers that agents be allowed to offer full services under Level 4. Estate agents have been able to continue their work online and over the phone, but have not been able to physically show properties to buy or rent during the lockdown. In addition, the process of moving house under lockdown is fairly complicated. As Ray Mahlaka reports, the industry argues that the work of agents is low-risk and the sector could provide much-needed liquidity.

On Sunday, the Premier Soccer League sent a proposal to the South African Football Association with a plan on how to resume the league under Level 3. However, as Craig Ray writes, it is expected that all contact sport will be suspended until Level 1. However, this does come after Sports Minister Nathi Mthethwa urged the two organisations to work together and “guide government” about an earlier return to play. DM