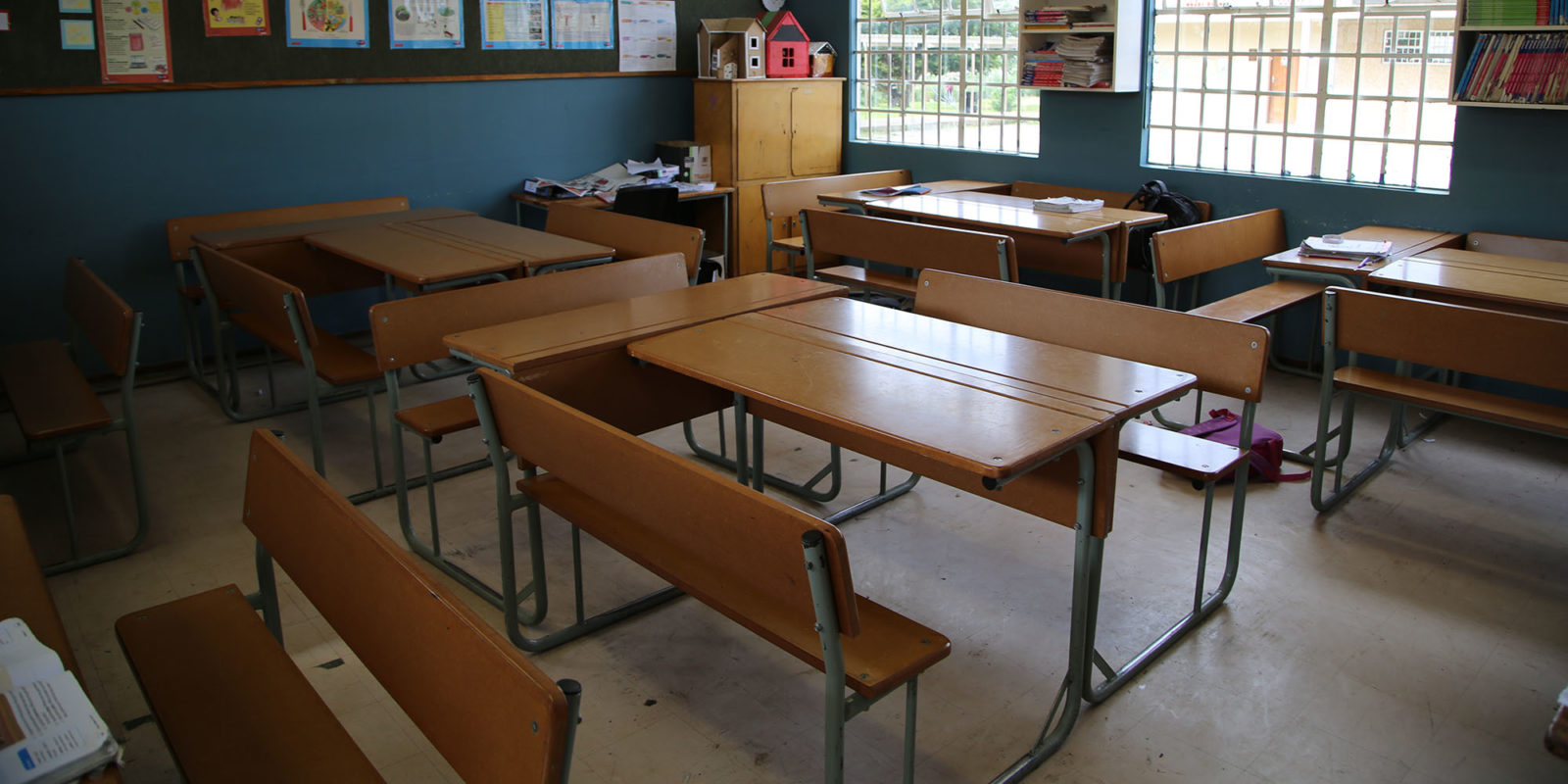 More than 80,000 parents nationwide have come out in support of the call by Parents Against Opening of Schools not to allow classes resume on Monday 1 June. (Photo: Leila Dougan)

All provincial education departments have postponed the return of school management teams to work amid safety-readiness concerns.

A number of provincial departments have issued circulars pleading with its workforce not to return to school on Monday as formerly proposed by the Department of Basic Education.

“It was a precautionary measure to not start today before all outstanding issues have been put in place. We didn’t want to open schools at all costs,” Elijah Mhlanga, the department’s spokesperson, told Daily Maverick.

Mhlanga further confirmed that Minister Angie Motshekga met all the MECs on Monday morning to deliberate on some of the issues provinces have encountered in readying schools to reopen.

“The meeting started at 09:00 and it is still ongoing. There will be another one with teacher unions and one last one happening with SGB associations, all happening today,” Mhlanga said.

Basil Manuel, the executive director of the National Professional Teachers’ Organisation of SA (Naptosa), said reports received from some of its members have not indicated in the slightest that provincial departments are ready to open doors. Instead, it is becoming clear that some provincial departments might not have the capacity to prepare.

“I have serious doubt that many of the provinces will be ready even by next week to have the management teams go in.”

Manuel said the union has already been told that personal protective equipment (PPE) that was procured by the Eastern Cape education department had to be redirected to the health sector in the province because there is a greater need there.

“This was done by instruction from the minister of health. But now they are saying that they will only be placing orders on Friday for other PPEs.”

The SA Democratic Teachers’ Union said in a statement that the disinfecting of schools and offices has not even reached 25%. Nor has PPE for the office-based staff, school-based educators and education support personnel.

“It is unlawful to expect workers to report for duty when their safety is not guaranteed. Sadtu has an obligation to advise her members not to put their safety and that of their families and communities in danger by reporting for duty before these safety precautions are in place,” the statement read.

Mhlanga said provincial departments are expected to make PPE procurements and other safety material needed to meet the reopening requirements with no additional assistance from national government.

“All provinces have budgets. They will use funds from the allocation meant for this year which has not been used because everything has changed.

“You don’t know you need more money when you have not spent what you already have,” he said.

Unions previously pointed out that provincial departments will not have the capacity to prepare schools for reopening, with an exception for those provinces better managed than others.

Limpopo’s education department said in a statement that the massive demand for PPE nationwide has caused delays in the delivery of material procured for schools, offices, and other learning facilities.

“Delivery is expected in a few days,” the statement pointed out.

KwaZulu-Natal, on the other hand, said they had to postpone the return of school management teams because “deep cleaning and other health-related issues have not yet been confirmed at all institutions”.

Manuel said provinces “have to make sure that the quantities are enough and they must know when the next delivery date is”. PPE will form part of safety regulations for schools for as long as the threat of coronavirus remains. DM