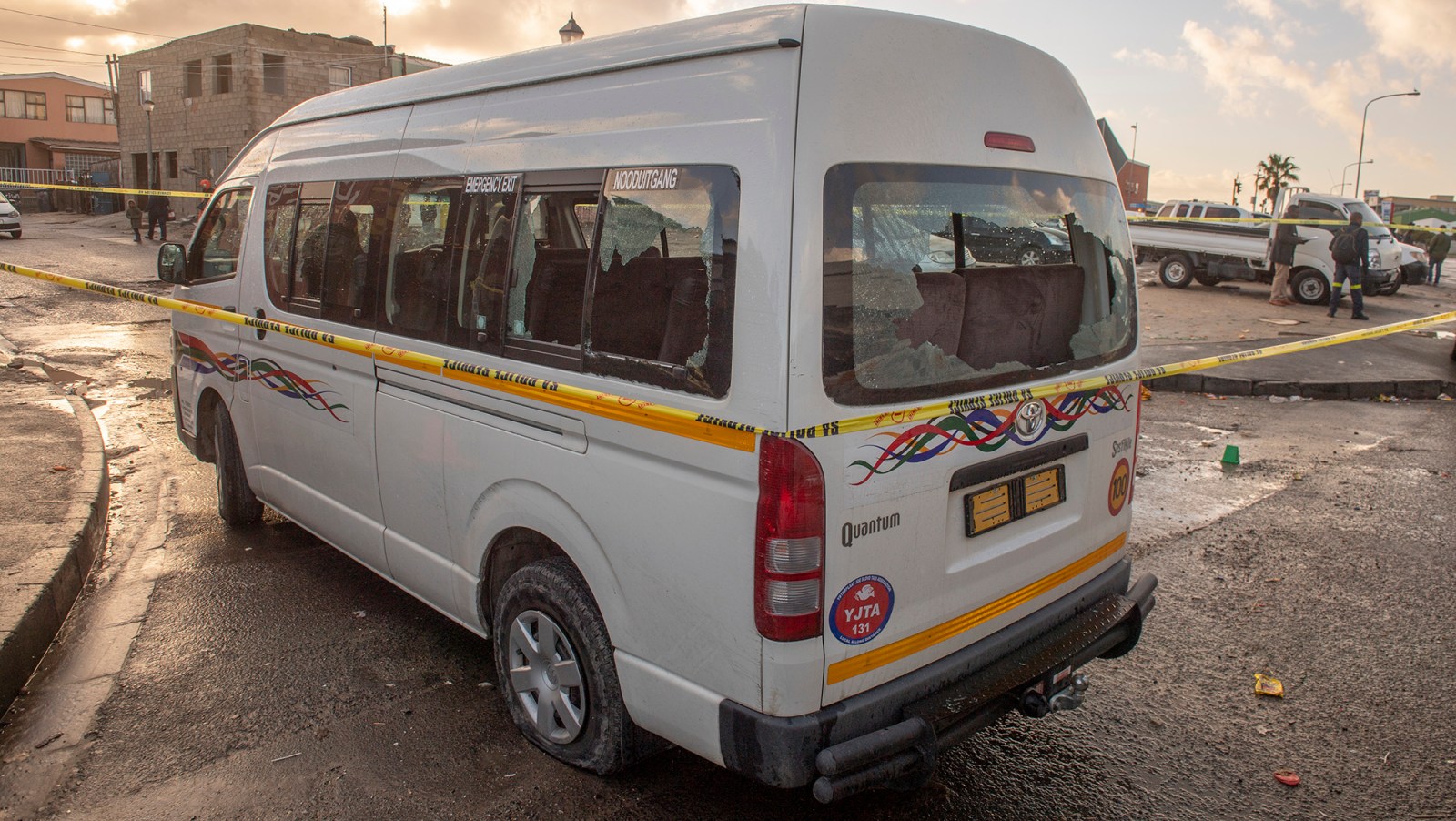 Taxis travelling from the Western Cape with allegedly fake permits have been turned back by officials at a roadblock near Graaff-Reinet for two weekends in a row. (Photo: Gallo Images / Netwerk24 / Jaco Marais)

This is a summary of themes and narratives trending in South African social media on 7 May 2020.

The Western Cape featured among the day’s top topics by volume and burst, following President Cyril Ramaphosa’s visit to Cape Town, and the SANDF Chief of Joint Operations’ trip to the Western Cape.

News about travellers from the Western Cape to the Eastern Cape testing positive for coronavirus led to a spike in conversation from 10am to 11am.

Tweets by @SAFMnews, @Newszroom405 and @enCA about the interprovincial travellers’ infections were retweeted throughout the day.

SAfm tweeted that health authorities were trying to trace 34 people who tested positive, while both Newzroom405 and eNCA reported that 56 people travelling between the Western and Eastern Cape had tested positive.

The SAFM and eNCA tweets received more than 300 retweets each.

Responses on social media indicated frustration and concern that more stringent lockdown levels may  be enforced if infected people continued to move about.

At 10pm @SANDFCorpEvents tweeted that the SANDF Chief of Joint Operations would visit the Western Cape, which now has the highest number of coronavirus infections.

Members of the SANDF had arrived in the Western Cape earlier this week.

Soldiers who have assisted the SAPS to fight crime on the Cape Flats have the experience to enforce lockdown restrictions within these communities, and the army has patrolled Lingelethu, Harare, Khayelitsha and Makhaza.

Conversations about the President spread throughout the day after @IOL tweeted at 11.55pm that Health Minister Dr Zweli Mkhize and President Ramaphosa would visit Cape Town next week as the Covid-19 infection rate in the province had tripled in the past two weeks.

The @News24 link to an article late last night was retweeted about 100 times.

Commentators said the rise in numbers should be expected, considering the multitudes who flocked to the promenade on day 1 of level 4, people visiting malls and the high number of smokers in the province.

The top story for the day was the grounding of SAA. The UIF’s announcement about May applications was tenth highest by reach. The IMF’s approval of funds for Kenya featured in many conversations about relief measures.

Minister Pravin Gordhan announced a halt to all SAA flights, including repatriation flights, from May 8. He gave another extension of time to SAA employees to accept retrenchment offers. Unions have rejected the voluntary retrenchment offer by business rescue practitioners.

Debates focus on nearly 5,000 workers being laid off, getting funding for a new airline, and whether there is a need for a new national carrier. Unions say not all employees will be absorbed into a new airline.

Some question why government does not bail out the airline, as the US has done.

The tenth post by reach was this tweet: “The Department of Employment and Labour @deptoflabour and the Unemployment Insurance Fund @UIFBenefits would like to inform employers that we haven’t started accepting the Corona Virus Temporary Employer/Employee Relief Scheme (COVID19TERS) applications for May 2020 #Working4you”.

An announcement would be made on social media about when the UIF would be ready to accept applications.

Social media users did not respond kindly. The overall sentiment was negative. Many were concerned that their employees had not yet  been paid out for April, and the UIF was causing friction between employers and employees. Many claimed that they had followed up with the UIF daily, but the April payments had not come through.

A tweet by @BalyoziYatani at 08:43 was retweeted more than 250 times: he thanked the IMF executive board for approving a disbursement of US$739-million to Kenya to counter the impact of the pandemic.

Many expressed concern, alleging corrupt officials in that country would lead to maladministration of the massive loan amount.

Twitter posts about the IMF and Kenya peaked at 16:00.

@Our_DA tweeted that it had sent a petition to the IMF opposing the use of relief funding in a racially discriminating way.

The impact of lockdown on peoples’ lives continues to occupy conversations, with school feeding schemes and fines for violating Lockdown level 4 coming into the discourse.

At 10.58pm AJ+ tweeted: “9 million poor children in South Africa rely on school meals for food, but most programs stopped 7 weeks ago because of lockdown”.

This was retweeted 86 times before midnight, sparking conversations about people unable to meet their basic needs. A big part of this conversation consisted of appeals for donations of food and electricity vouchers.

Others are angry at how some food and donations are being distributed. @goolammv criticised the EFF, saying it had used funds raised to support celebrities. The tweet received 363 likes and 209 comments – the majority of comments defended the EFF.

Many parents are expressing concerns about when and how children would return to school.

The City of Johannesburg released an updated list of fines for violating level 4 Lockdown restrictions.

Reactions tended to be negative and critical of the lockdown, the fines or the police expected to enforce them.

Many responses included comments that Somali and Pakistani-owned shops were open and violating lockdown regulations.

Some respondents asked how they were expected to pay the fines if they could not work. Others complained about illegal electricity connections in the city that are not being addressed.Note to editors: All reports are available at www.cabc.org.za. The CABC will provide media with additional information and deeper analysis on any trending topics on request. DM

The Centre for Analytics and Behavioural Change (CABC) is a non-profit organisation incubated at the Graduate School of Business at the University of Cape Town.