Lockdown violence by law enforcement officials is a thr... 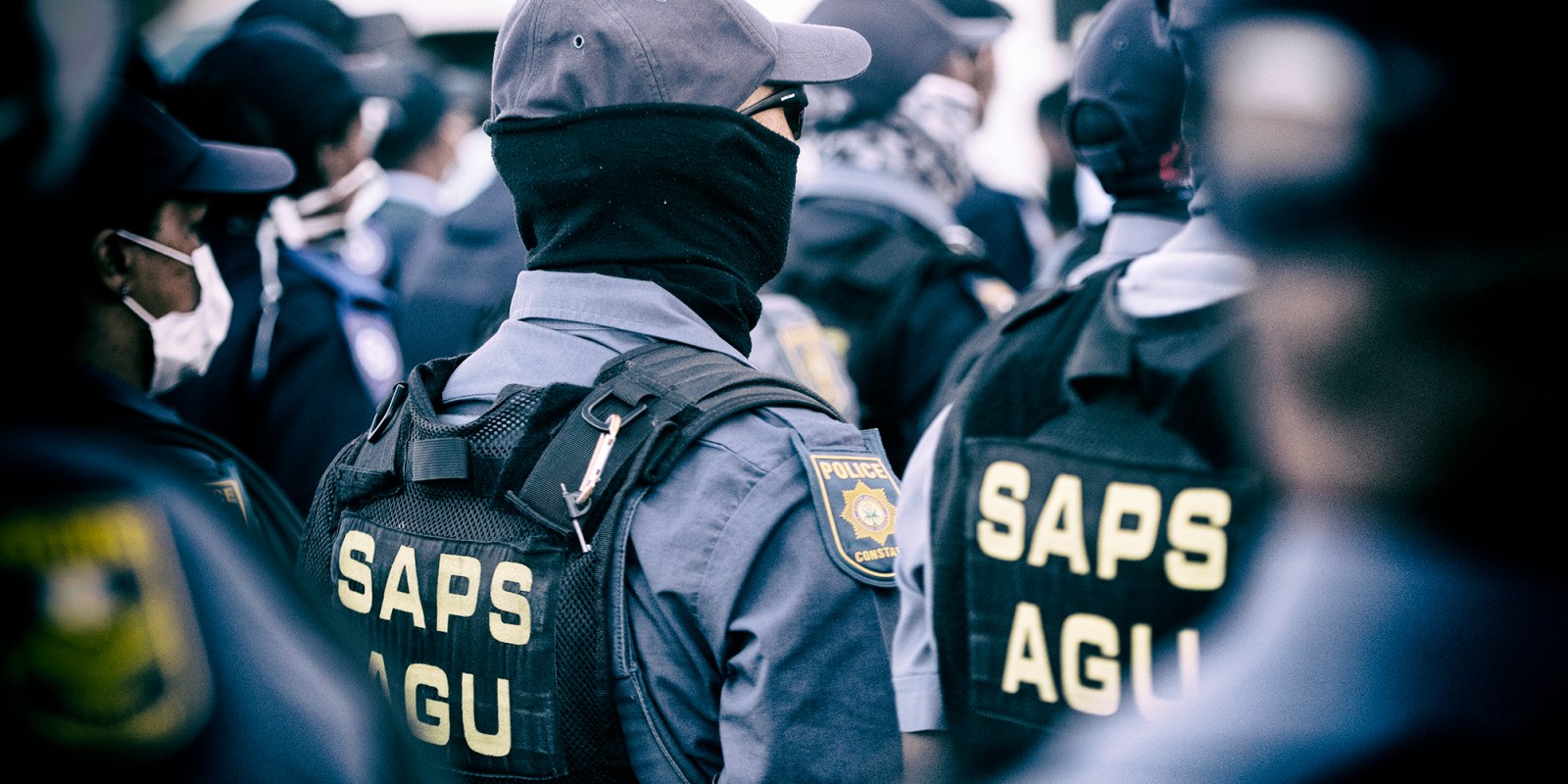 Reasonable and proportionate use of force should be used to ensure compliance without violating human rights, say the writers. (Photo: Gallo Images / Brenton Geach)

The arbitrariness and lawlessness of law enforcement officials in South Africa and Nigeria is not new nor peculiar to the present pandemic.

Since January 2020 the Covid-19 pandemic has held the world to ransom and threatened public health. It has put pressure on medical facilities with more than 3,700,000 persons infected and 260,000 deaths globally as of Thursday 7 May.

In order to prevent the spread of the disease, most countries have taken measures such as the closure of airports, seaports and land borders, isolating and quarantining persons, banning religious, sporting and social gatherings, closing schools, restaurants, public spaces, and a complete or partial lockdown. Lockdowns restrict the movement of people.

Almost all countries in Africa have been affected by the coronavirus. Most of them have applied the restrictions highlighted above. The police, and in some cases the army, have been called on to enforce compliance by citizens of the lockdown regulations. However, the enforcement of the regulations by these law enforcement officials has generated controversies and public outcry as there have been severe violations of human rights.

As former colonies with long and difficult histories of war, several countries in Africa have had a history of human rights violations and brutality by law enforcement officials. Two countries of note are Nigeria and South Africa. The arbitrariness and lawlessness of law enforcement officials in these countries is not new nor peculiar to the present pandemic. It can be traced to the culture of militarism in Nigeria and South Africa as both have long histories of military regime and apartheid rule respectively.

It is safe to say that these law enforcement officials are locked in an aggressive mode where they suspend the rights of citizens when they are called upon to promote and defend national interests, to the detriment of the citizens they are supposed to protect. Law enforcement officials in these two countries are used to forceful and violent means to enforce the law and have adopted a muscular approach to alleged violators of the lockdown regulations.

Nigeria is experiencing its longest uninterrupted period of democratic rule since it gained independence in 1960. From 1966 to 1979, and 1983 to 1999, Nigeria was led by the military junta who used the military as a blunt instrument to ensure and mandate cooperation from citizens. These periods were marked by gross violations of human rights by the military.

In the wake of the Covid-19 pandemic, Nigeria took measures to contain the spread by making laws and policies to restrict movement. The National Human Rights Commission of Nigeria (NHRC) received 105 complaints of human rights violations against law enforcement officials and 18 people were reported killed by law enforcement officials between 30 March, the commencement of the lockdown, and 15 April. One such incident was the gunning down by an enforcement agent in Delta state of a man who was getting medication for his pregnant wife, as permitted by the lockdown regulations.

South Africa on the other hand, experienced the system of apartheid that upheld institutionalised racial segregation and white supremacy from 1948 to 1994. The police and military were used as a tool by the government to forcefully remove black South Africans from areas designated as “white” to the homelands, and they terrorised and violated the rights of black South Africans with impunity. The apartheid period gave the police and military excessive powers and carte blanche to brutalise and torture citizens.

To curb the spread of the coronavirus, President Cyril Ramaphosa declared a State of National Disaster and a complete lockdown of South Africa, enforced by the deployment of the police and the military. The lockdown started on 27 March 2020, and since then there have been 39 complaints by civilians of law enforcement officials committing serious offences, and at least nine people have been killed by the so-called upholders of the law.

One such death was that of Sibusiso Amos, who was followed to his home in Vosloorus by law enforcement officials and shot 0n the veranda after allegedly being found drinking alcohol at a tavern during the lockdown. Two children, aged five and six years, were injured during the shooting.

The law enforcement officials in Nigeria and South Africa are reported to have assaulted, tortured, denigrated and unlawfully arrested people; to have seized and looted properties, extorted and carried out corrupt practices in the enforcement of the compliance of lockdown regulations.

Both countries have been slammed by the United Nations for excessive enforcement of lockdown regulations and for their heavy-handed policing. Citizens going about their legitimate businesses without flouting the lockdown regulations are not exempt from the ruthlessness of these law enforcement officials. They have abused power, deployed disproportionate use of force, and have blatantly undermined national and international laws.

Undoubtedly, those citizens who go against the lockdown regulations should be punished, but that is not the job of law enforcement officials, beyond the discretion of issuing spot fines (which themselves may be challenged in court).

Law enforcement officials have been deployed to maintain peace and order and arrest persons who engage in prohibited activities. While law enforcement officials are allowed to use force in the performance of their duties, they must comply with the national and international standards of necessity and proportionality in the use of force.

Breaching the law does not necessitate arbitrary force in return from the law enforcement officials meant to protect civilians. There is a need to strike a balance in human rights and the public health interest that the restriction regulations seek to protect.

Reasonable and proportionate use of force should be used to ensure compliance without violating human rights in the process. Better accountability mechanisms should also be put in place in the event of an erring state actor who violates human rights.

In addition, there should be transparency in the treatment of reports of violence by law enforcement officials. An avenue for reporting abuse is not enough without an assurance that such reports will be transparently and impartially investigated and those found in violation of human rights appropriately punished to serve as a deterrent for further acts of this nature. DM

Mary Izobo is an international human rights lawyer. Sade Abiodun is a legal practitioner and researcher.