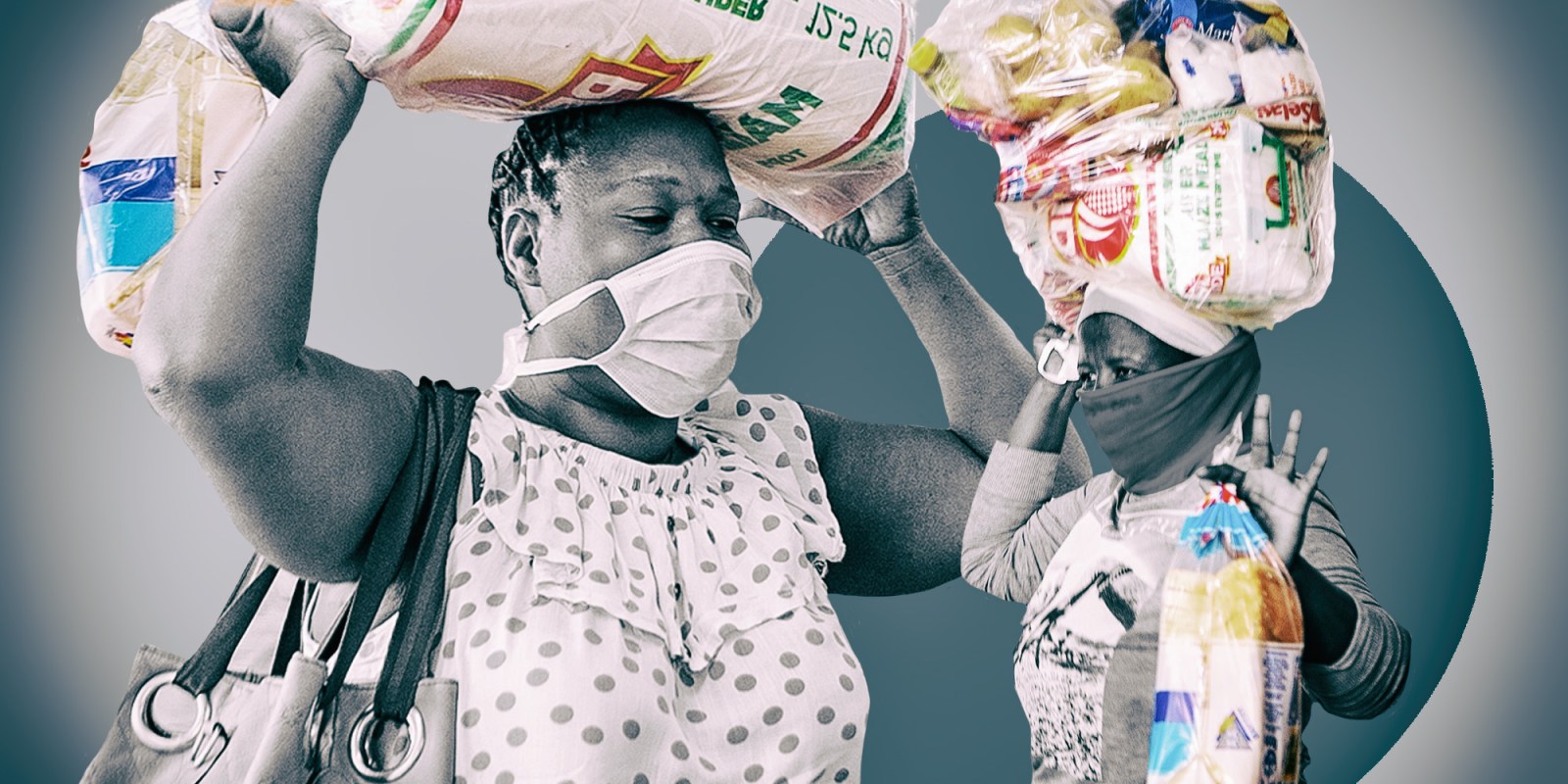 It’s difficult to quantify the number of people in need during a crisis, but early indications suggest as many as 34% of people in South Africa have gone to bed hungry during the lockdown. There were millions of people living in poverty before Covid-19 and millions more now need food, urgently.

Gift of the Givers director Dr Imtiaz Sooliman was in Crossroads, Cape Town this week at one of the organisation’s many food distribution points across the country. He saw an elderly woman break down and sob as she received a food parcel.

“Every call, every social media message, all my toll-free lines, it’s only one thing: We need food.”

Most economic and social activities have stopped during the Covid-19 lockdown, and life has become more difficult for those already burdened by high levels of unemployment, poverty and inequality. The vulnerable are now focused on survival and the most immediate concern is accessing food.

Images eerily similar to those from the 1994 elections show people waiting in winding queues for food parcels. Communities have protested for food relief. Gift of the Givers has received calls from people concerned about neighbours who don’t have anything to eat but are too proud to ask for help.

There are no clear statistics on how many people now need food relief but it’s clear the number of people experiencing hunger, which has long been a challenge, is expanding.

The proportion of people vulnerable to hunger more than halved between 2002 and 2018 but according to Statistics SA’s 2018 General Household Survey, 6.6 million people in SA still experienced hunger in 2018.

Over 13.6 million people had limited access to food and had to change their diet or eating patterns that year due to a lack of resources.

North West, Northern Cape and Mpumalanga have the highest proportion of households with severe inadequate access to food, and urban areas, particularly informal settlements, are vulnerable. Drought in certain parts of the country over recent years has exacerbated the problem.

According to Stats SA’s latest available poverty trends, 25.2% of the population was below the food poverty line in 2015, living on less than R441 a month, meaning they couldn’t afford enough food for the minimum required daily energy intake. The food poverty line has since been raised to R561.

“Households headed by females and those headed by black Africans are more likely to experience hunger and inadequate or severe inadequate access to food,” said a 2019 Stats SA report on measuring food security.

North West, Northern Cape and Mpumalanga have the highest proportion of households with severe inadequate access to food, and urban areas, particularly informal settlements, are vulnerable. Drought in certain parts of the country over recent years has exacerbated the problem.

“It’s just overwhelming,” said Sooliman on the need for help during the Covid-19 lockdown.

“The pool of hunger has just gotten much bigger because of the economic catastrophe,” he added, noting that workers such as tradespersons and hospitality staff who normally survived month-to-month now need assistance.

Sooliman estimated that there might be 20 million people in the country who need food relief.

Andy du Plessis, managing director of FoodForward SA, estimated that up to 30 million people might need help. His figure includes people who were previously food insecure, those expected to have lost their incomes and children who aren’t receiving meals from school feeding programmes and early childhood development centres.

Before the outbreak of Covid-19, FoodForward SA provided surplus food stock from large retailers to beneficiary organisations that would offer prepared meals to 255,000 individuals in centres across the country each month.

Over the last three weeks, it has increased the number of beneficiary organisations it works with from 670 to more than 900. Instead of providing prepared meals, those organisations are now distributing food parcels to 412,000 households, feeding over one million people, said Du Plessis.

“Before Covid-19 we already had a food crisis. It just wasn’t top of mind as it is during the lockdown.”

He said FoodForward SA, which is now getting 80% of its funding from the Solidarity Fund, hasn’t been so inundated with requests since it launched in 2009.

Stats SA has launched online surveys to understand the impact of coronavirus, and its first analysis found that 93.2% of respondents were very concerned or extremely concerned about SA’s possible economic collapse.

The second analysis, due to be released in about two weeks, asks questions about changes in income, debt and experiences of hunger. More detailed information on access to food, however, will only be included in future General Household Survey and Living Conditions Surveys, which are difficult to conduct while researchers can’t do face-to-face interviews.

Data from the global financial crisis, however, could reflect where the country is heading.

Stats SA’s director for research and product development, Werner Ruch, said there had been “a big jump in food poverty”.

“The poorest of the poor were quite heavily affected during the financial crisis,” said Ruch, explaining the rise in the number of people living in extreme poverty in 2009.

Early indications suggest the same thing is now happening, but it could be worse as measures to combat the coronavirus pandemic have a much broader effect on society than the financial crisis.

The University of Johannesburg and Human Sciences Research Council’s Covid-19 Democracy Survey, released this week, found that 34% of the 3,543 people interviewed had gone to bed hungry during the lockdown. This is up from 28% only a week earlier.

The survey found the situation is most dire in homes in informal settlements without a yard, where 46% of respondents said they had gone to bed hungry, followed by 42% in backyard township rooms, and 40% of respondents in hostels or student residents.

Another survey, conducted by market research company Ask Afrika, found that food shortages are currently the biggest concern during the lockdown.

Of its 1,627 respondents, 72% said they are concerned about the amount of food available at home and 54% of adults said they had reduced the number of meals they eat due to a lack of food. Thirty-eight percent of respondents said they had gone to bed hungry because they couldn’t afford food.

Identifying the number of people in need of food relief during the crisis is a moving target and the full impact of coronavirus and the lockdown will likely only be known in years to come.

The R500-billion stimulus package President Cyril Ramaphosa announced two weeks ago includes huge boosts to protect jobs, increase social grants, support income payments and increase the provision of food parcels, but while it might lessen the impact of the crisis on households, it’s unlikely to be sufficiently broad and inclusive enough to reduce rising levels of hunger.

“The problem is really, really massive,” said Sooliman, whose organisation, Gift of the Givers, is now almost solely focused on feeding those in need. DM