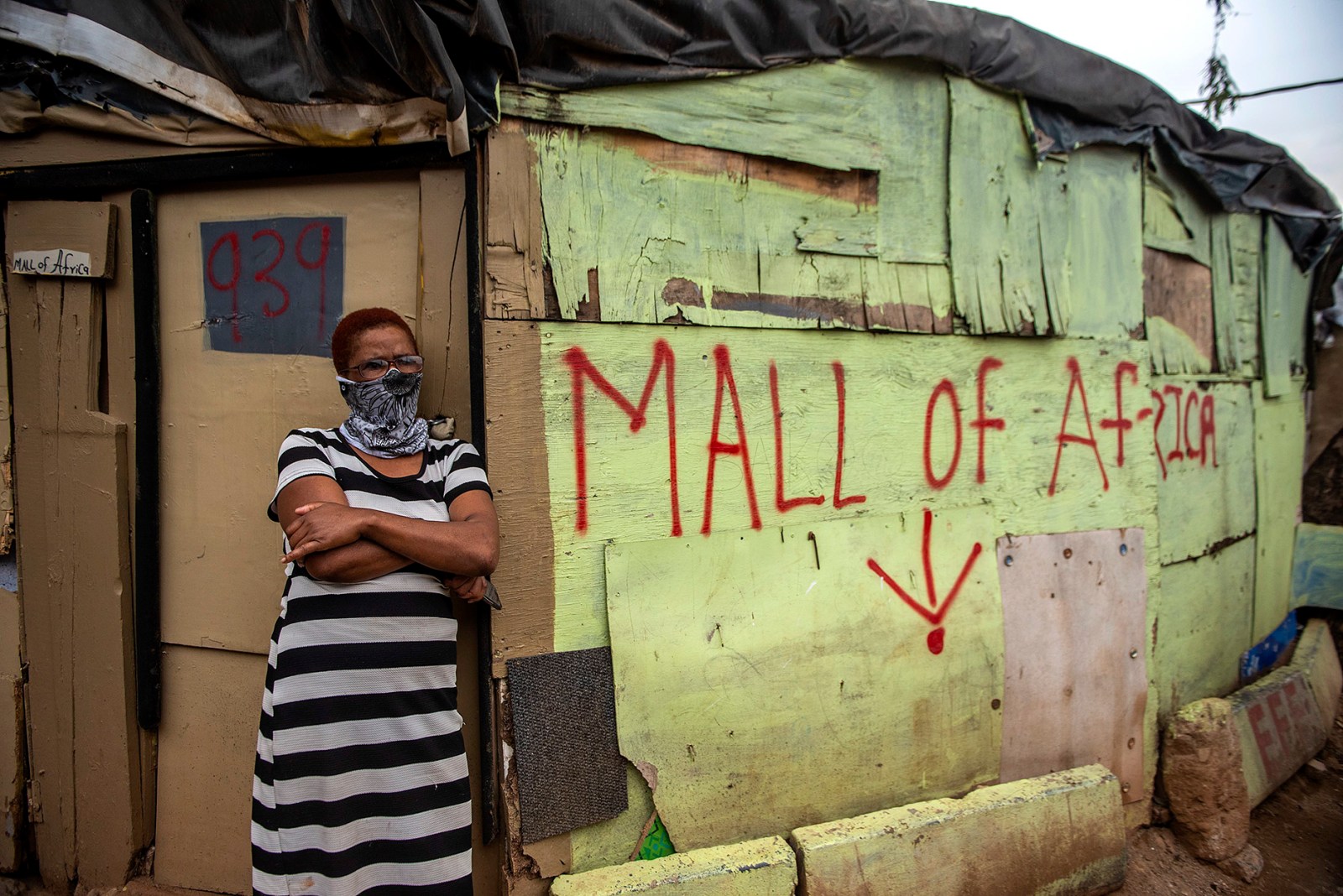 As African governments get busier implementing response plans to fight against the biggest health crisis of our time, they must not repeat the mistakes of the past, says the writer. (Photo: Gallo Images / Alet Pretorius)

As fresh and massive funding is being injected into African economies to fight Covid-19, African leaders should seriously rethink their choices and put the interests of its people at the heart of its response strategies.

According to Paul Kagame, Africa needs $100-billion or more to recover from the economic crisis linked to the Covid-19 pandemic. Without that urgent assistance, Rwanda’s president fears that the continent could take “a generation or more” to recover. The World Bank has predicted that Africa will face its first recession in 25 years due to Covid-19, pushing 23 million sub-Saharan Africans into extreme poverty.

In the past few days, Africa has seen an unprecedented wave of “solidarity” from the world’s largest economies and global financial institutions to mitigate the effects of the pandemic and avoid a catastrophic depression. The G20 has approved a debt moratorium that began on 1 May for the 76 poorest countries in the world, including 40 from Africa.

With the suspension of debt service, at least $44-billion will be available for these countries to effectively fight the Covid-19 pandemic. In addition to that, the DRC and Rwanda have received $365-million and $109.4-million respectively from the IMF to help contain and mitigate the spread of the pandemic. Kenya will receive a total amount of KSh.833-million from Denmark to boost the country’s health system in pandemic hotspots.

Saving lives, the most important priority

Health security is paramount and the present situation requires urgent and effective measures to curb the spread of Covid-19 and save as many people as possible. Yes, international assistance and solidarity are needed for millions of Africans whose lives are now at risk, but at the same time, there are real concerns that these fresh funds may not necessarily serve to fight against Covid-19 and its related socio-economic impacts, but rather end up in bank accounts of corrupt politicians or repatriated to donor countries in various forms.

For more than 60 years, African countries have been recipients of massive foreign “assistance”, estimated to be more than $60-billion every year. If that aid had been properly channelled towards poverty eradication and real sustainable development, Africa would be in a much better position today to handle Covid-19, with robust economic recovery, social security and healthcare infrastructure.

It has been widely reported that 10 countries in Africa lack ventilators, an essential piece of equipment in the fight against the pandemic. This illustrates the sad reality that a large chunk of aid channelled to African countries over the years was either misused, returned to donor countries or simply directed towards so-called “development” projects — essentially large infrastructure projects, which today cannot help end the ongoing crisis, which relies on strong social systems.

Covid-19 has exposed the fragility and limitations of our health systems. Most African countries have invested poorly in medical infrastructure, equipment, human resources, medicines and other health products for the provision of quality health services. The continent has the lowest number of nurses and doctors per capita, for instance. Some countries are reported to have fewer than 50 high-care beds, which raises the question of their ability to deal with a higher number of coronavirus patients if they were to be admitted into such facilities.

With all this money being massively injected into African countries to fight Covid-19, is there any guarantee that African governments will use these funds prudently by channelling them to social and economic systems that help the poorest in society and avoid what has been witnessed in the past?

As African governments get busier implementing response plans to fight against the biggest health crisis of our time, they must not repeat the mistakes of the past. All recovery and economic stimulus efforts must offer lasting responses to the social and environmental crises facing humanity.

A number of countries across Africa have come up with a number of measures ranging from stimulus packages to economic and social response plans aimed at jump-starting businesses and helping the poorest and most vulnerable.

South Africa stands out in Africa as the country with the largest stimulus package and serves as an example of this kind of thinking. In South Africa’s case, funding will be channelled towards propping up businesses, subsidising wages and creating new jobs; the package also avails money for people on social grants and for the unemployed.

Cabo Verde stands out as another country that has set up progressive social and economic measures where, for example, one-off cash payments are being made to workers in the informal sector, and cash transfers and food assistance is being extended to the most vulnerable families across the country.

Social justice must guide such responses to ensure that the poorest and most vulnerable are not swept away by the Covid-19 crisis. However, the environment should not be left out of the equation; the responses should pave the way for green solutions such as the Global Green New Deal that gets the world running on 100% renewable energy which could create 28.6 million jobs globally, and that’s just in the energy sector.

As difficult as this period is, it should be an opportunity to rethink how our systems work and how we can make them better, for the benefit of all.

This is a moment in history where civil society, unions and local communities across Africa must be extra vigilant and ensure that the decisions being made put people and the environment at the centre.

The billions of dollars being injected must effectively contribute towards allowing African countries to not only cope effectively with the current health emergency, but be dedicated to critical social and economic priorities that address the existing needs and hardship of all people, including the most vulnerable in society. DM/MC