Denis Goldberg: A wonderful friend who was an inspiration to the world 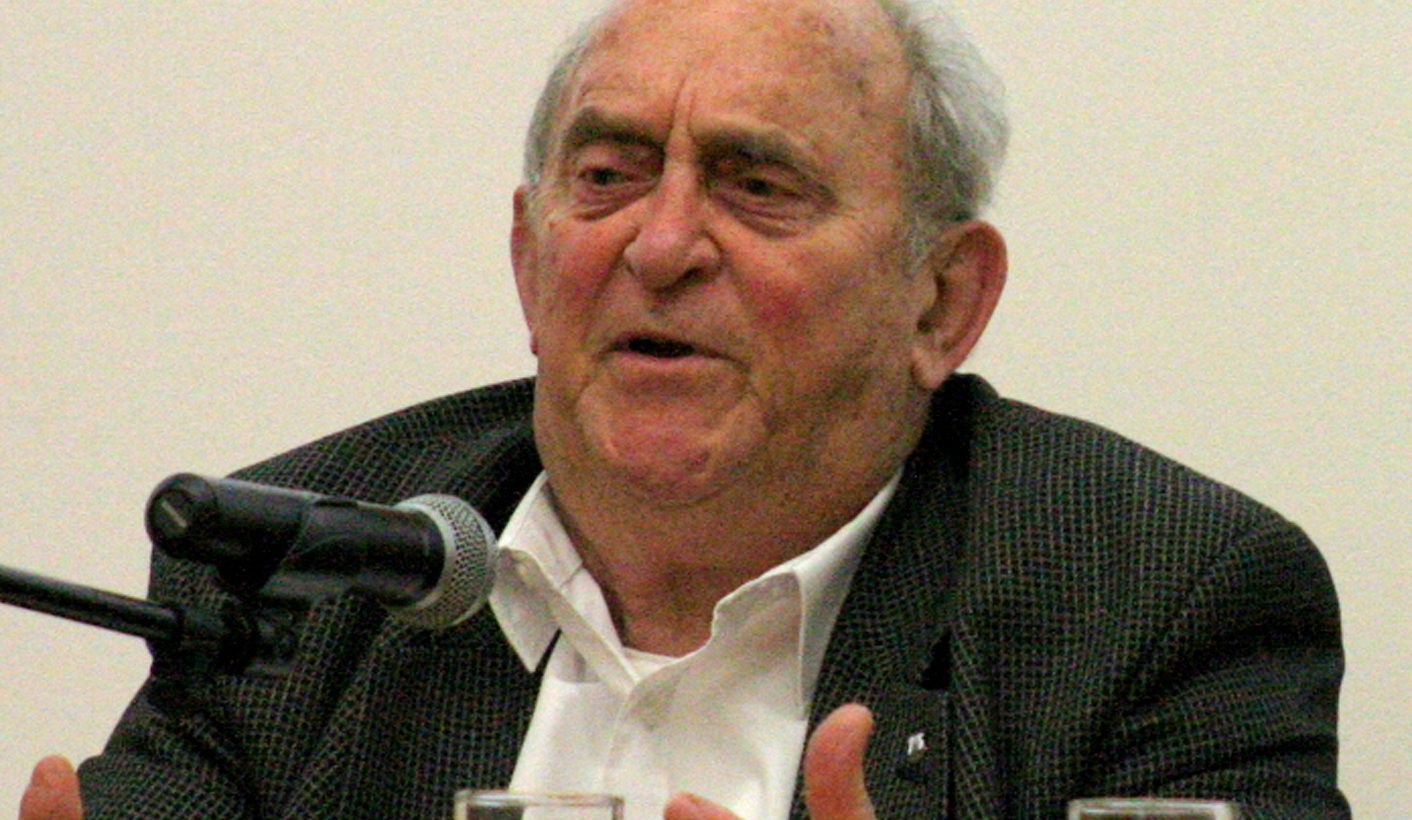 I’ve shared two charcoal drawings I did of Denis in his and Edelgard’s flat in London in 2002, shortly before they left to settle in South Africa. Denis chose a third drawing for himself, which is in his collection at the Denis Goldberg Heart of Hope Foundation at Hout Bay.

The first of the portraits is in the collection at Liliesleaf Museum in Rivonia. The other belongs to my sister, the children’s author Beverley Naidoo, and her husband, Nandha Naidoo, but it has been arranged that at the appropriate time it will go to Rhodes House in Oxford to accompany a major collection relating to Bram Fischer. While they were both serving life sentences in Pretoria Local Prison, Denis was an indispensable support for Bram (Fischer) when Bram declined heavily from cancer and was cruelly left to suffer by the prison administration and the apartheid government.

The third sketch of Denis I did in my diary at his 80th birthday celebration at the South African embassy in Trafalgar Square in London in 2013.

Bram’s Wikipedia page gives an insight of Denis as a uniquely wonderful support in prison:

“In 1974 Denis Goldberg and another prisoner, Marius Schoon, became concerned about Fischer’s health; his hip was giving him pain, his digestion was poor and he looked gaunt and frail. Suspecting that Fischer would not receive the proper care he needed, Goldberg kept a detailed diary of Fischer’s medical care which was subsequently smuggled out of prison. Fischer needed a crutch to walk but a request for one was denied; a broom was found and used instead. In September 1974 he fell and fractured his femur and neck whilst trying to shower, after which it took thirteen days before he was admitted to hospital. When he returned from the hospital Fischer was in a wheelchair, disorientated and unable to look after himself. The hip was found to be cancerous. Goldberg argued, and was eventually allowed, to spend the nights with Fischer in his cell where he tried to make him comfortable. By this time Fischer was so emaciated that Goldberg could easily carry him to the toilet pot.

“It was not until December of that year, that the authorities had him transferred to a hospital. When news of his illness was publicised, the public lobbied government for his release.”

That was the way Denis conducted his life. On the crucial issue of race, he was an inspiration to South Africa and the world. When it came to sentencing in the Rivonia Trial, he and his fellow accused fully expected to be hanged. His famous call to his mother in the visitors’ gallery in the court when he, Nelson Mandela, Walter Sisulu and their colleagues were sentenced instead to life imprisonment sums up his spirit of positivity and optimism. As he told the SABC’s Morning Live on the 50th anniversary of the trial, “we laughed, and I called to my mother who was in court and couldn’t hear … and said it was life, and life is wonderful.

That was Denis, through the whole of his life, through the deepest of personal family losses too: when his wife Esme died of a stroke in London in 2000, when his second wife Edelgard died of cancer in the Western Cape in 2006, when his daughter Hilary died at 47, from a sudden blood clot, and through his own long battle with cancer.

His lifelong optimism shines through in Nick Stadlen’s film, Life is Wonderful – Denis’s Call to his Mother – which was released in 2018.

In the worst of times, Denis reminds us how to live. DM/MC