Covid-19 and the perils of over-incarceration 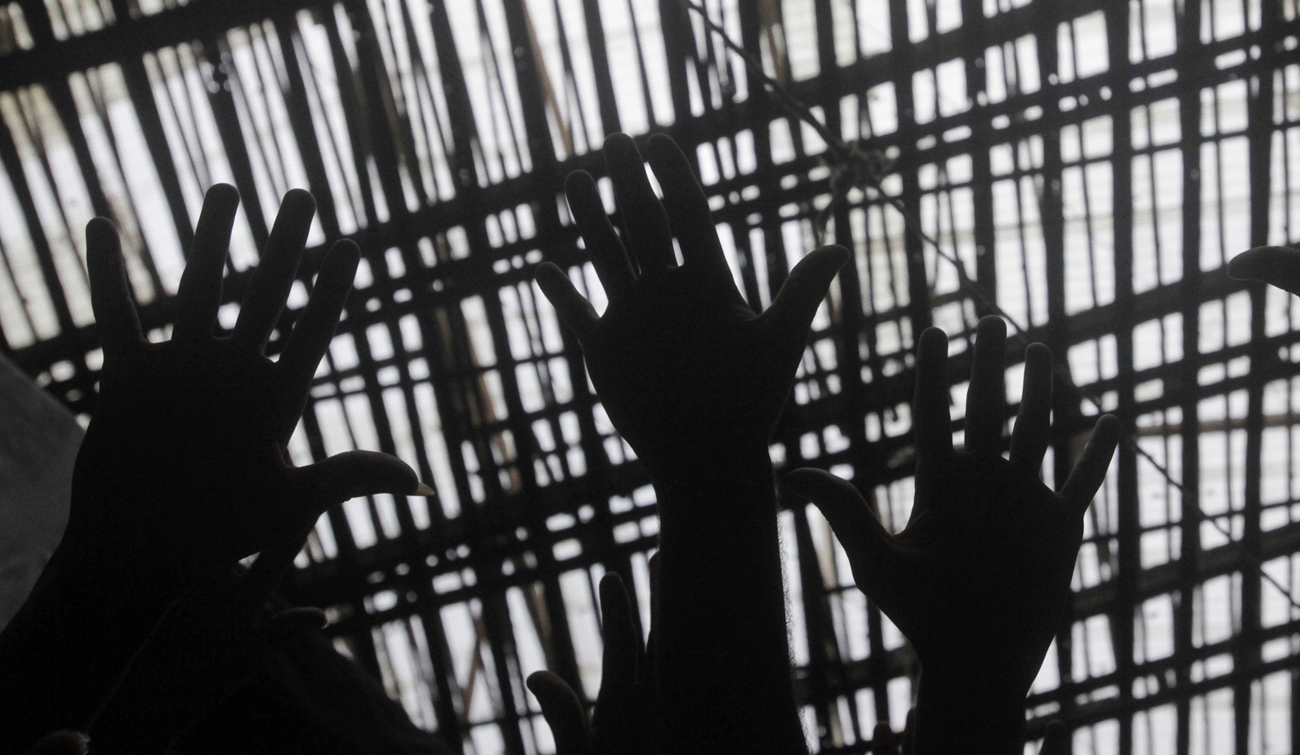 Urgently restoring mandatory reporting of prison conditions is a priority. But a more effective way to deal with prison overcrowding in an epidemic is carefully screened, carefully considered releases.

On 5 March 2020, South Africa officially joined the Covid-19 pandemic, when its first diagnosed case was declared. Less than two months later, we have nearly 4,000 recorded cases and 75 deaths. Countries have declared states of disaster – as have we. Stock markets have crashed. Lockdowns and curfews of varying severity have been imposed – ours among the strictest. The affluent have suffered severe depletion of wealth, while the less-resourced face hunger.

Prisons across the world have been roiled by uprisings and protests. In Bogota, Colombia, a coordinated uprising against overcrowding and poor health services during Covid-19 spread to other centres, with resultant deaths and injuries.

Protests erupted also in Italian, Lebanese and French prisons. Experts have warned that a surge of violent protest is imminent in Mexican and Central American jails.

Their warnings could just as well be directed to us. Prisoner rights activist Golden Miles Bhudu has called for protest and resistance by inmates in South Africa. His call is dangerous. It risks repeating the horrors of 1994 when he also instigated protest. Thirty-seven inmates died, as the Kriegler Commission grievously documented. There must not be a repeat.

Our correctional facilities are already chronically overcrowded. And many are in the grip of a gang culture and an enduring culture of organised violence. The system is plagued by severe problems in maintaining infrastructure, keeping up staffing levels (especially key nursing and pharmacy and counselling posts) and in sustaining morale.

The Department of Correctional Services (DCS) has reported 56 inmates and 43 officials testing positive for Covid-19. The virus is very likely to spread further, amongst both personnel and inmates. Add this to chronic dysfunction, and danger looms.

The crisis in our correctional system is decades-old. These problems are the very ones my predecessor Judge Hannes Fagan, the first inspecting judge, worried about 20 years ago – except they’ve become worse.

We incarcerate more people than anywhere else in Africa – and we are twelfth most on the world list. Our system is one-third overcrowded: we are cramming in 30% more inmates than capacity allows.

This affects especially awaiting-trial detainees, squeezed together into insufficient cell space – and is a central frustration of the Judicial Inspectorate’s (JICS’) work.

Worse during a pandemic – when contagion spreads, our correctional centres become ideal spaces for it to flourish. The close living conditions. The proximity of too many other human bodies. Poor ventilation. Inadequate hygiene. All these leave inmates with underlying health conditions – surely the great majority – exposed and vulnerable.

What is JICS’ role?

The inspectorate’s complaint mechanisms remain active. But our access for oversight has been severely impeded. JICS’ functioning heavily relies on independent correctional centre visitors (ICCVs). They need physical access – which the national lockdown has precluded. (Our ICCVs are not banned as “members of the public”, but they are not “correctional personnel” who enjoy exemption as “essential service” employees.)

Paradoxically, at a moment of collective fear, while police patrol our streets to ensure our safety, we tell our inmates, who may be most at risk, that the mechanisms securing their basic rights are thwarted.

Instead, ICCVs should be afforded continued access, even if limited, for instance, to administrative blocks.

The greater and underlying worry is DCS’s failure over the past five or more years to comply with the reporting obligations the statute imposes upon it.

Over the last years, mandatory reporting has fallen into disarray. In some cases, the reporting fall-off is as high as 84%.

JICS doesn’t seek to police officials’ behaviour. It aims to protect both prisoners and officials. And it serves as an early-warning system when trouble is brewing.

Earlier this year I warned that without a functioning reporting system we are at risk of a surge of institutional violence that could imperil inmates and officials. Covid-19 has sharply increased this risk.

DCS has a sound and carefully-thought Covid-19 operations plan. It is to be congratulated on formulating it. The test, though, as always, is practical follow-through. How is the plan being implemented?

Just when mandatory reporting is crucial, the plan prescribes no duty to report, to JICS, how the virus is seeping through our correctional centres. This is a gaping omission.

The department remains obliged to report every case where a prisoner is segregated. That includes all medical segregations, including Covid-19 isolations.

Yet, just when this is more crucial than ever, segregation reports to JICS have sharply fallen off, down to 67 during Covid-19 from a monthly average of about 300. The betokens severe underreporting.

More worrying, the statute grants inmates an appeal to the Inspecting Judge against segregation. But I have received no appeals. Why not? Are inmates still practically able to exercise this right?

Crisis times make oversight bodies more crucial. They ensure that the vulnerable do not go unheard. But JICS is unable to ensure that inmates’ rights are respected, let alone that Covid-19 is properly managed.

Covid-19 has exposed deep structural rifts in our society. And it forces us to witness how vulnerable we’ve let our inmate population become. And it draws our gaze to the dysfunction in our correctional system, which has left JICS unable to manage the ordinary – let alone the exceptional.

Urgently restoring mandatory reporting is a priority. But a more effective way to deal with overcrowding in an epidemic is carefully-screened, carefully-considered releases.

Globally, the UN High Commissioner for Human Rights has urged governments to reduce prison populations and to prevent uncontrollable outbreaks of Covid-19.

Around the world, governments are allowing the emergency release of inmates. Iran, India, certain states in the US, Chile, Morocco, Uganda, Nigeria have all taken significant action to decongest prisons through COVID releases.

In keeping with international trends, I have urged Minister Ronald Lamola to consider careful releases within these categories:

elderly inmates over 60 years old, petty offenders and non-violent offenders, including all offenders convicted of drug offences in nonviolent circumstances, inmates with sentences of less than one year, inmates eligible for medical parole plus those approaching their parole date, and inmates imprisoned instead of paying a fine.

Today, a letter is released that I signed jointly with the Detention Justice Forum and its members; it calls upon the Minister to act urgently toward this.

Covid-19 has upended our world. Nothing is the same. We must adapt, or we will suffer, all of us. We cannot separate our fate from those we incarcerate. The security of all, inside and outside prison, depends not on lock-up, but on providing healthcare, beds, running water and protective and preventive equipment for all.

Social welfare and security are not separate imperatives. Our collective safety now depends on how well we manage to secure the social welfare of all our citizens –including those in prison. DM

Justice Edward Cameron is a retired Constitutional Court Judge, author and an Inspecting Judge for the Judicial Inspectorate for Correctional Services.