Addressing the R450bn question of Eskom’s shaky relationship with Nersa 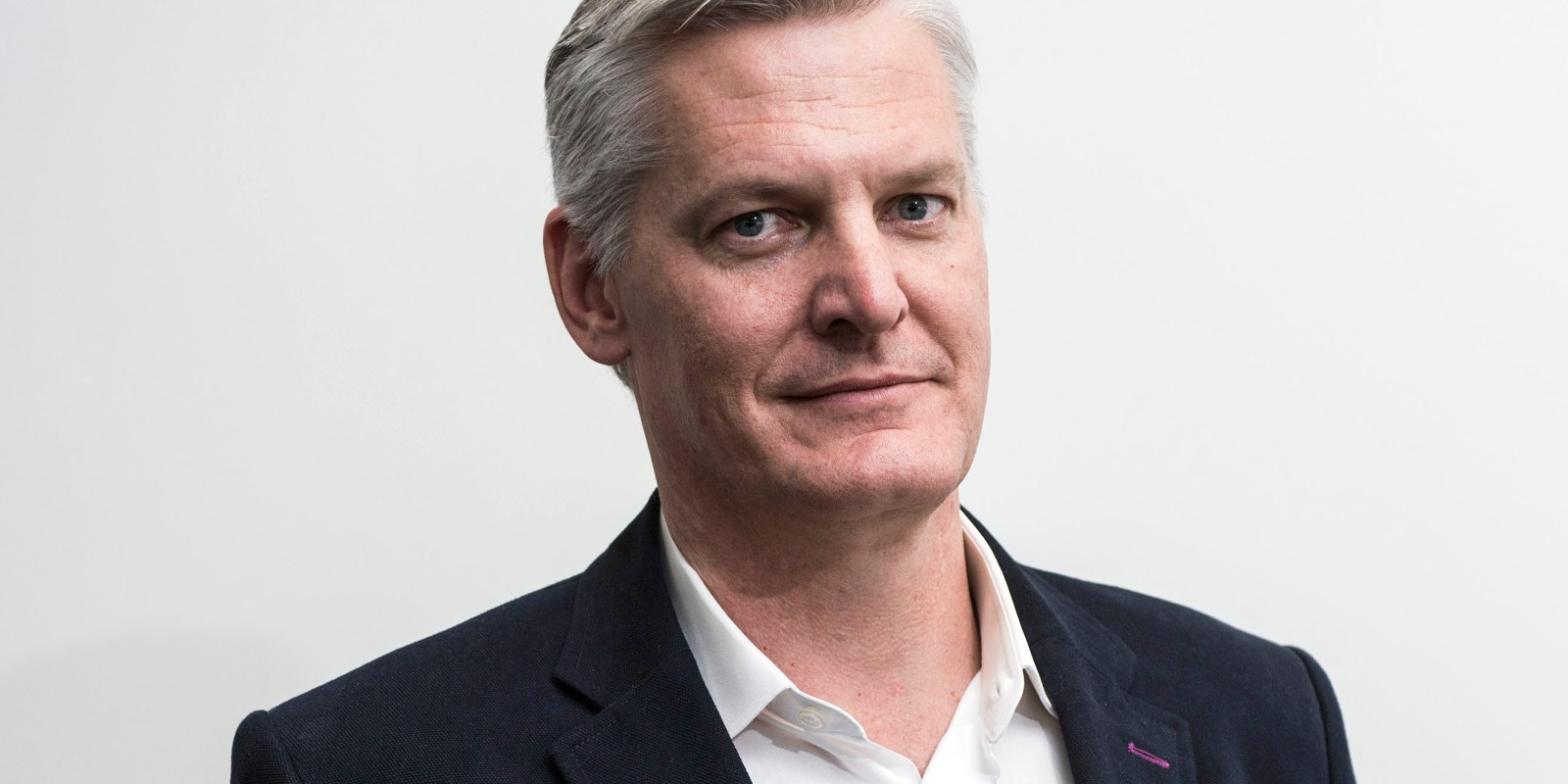 This is the fourth article from the interview by Chris Yelland with André de Ruyter on 15 April 2020. It covers various business, regulatory, pricing and operational issues facing Eskom, and the views, solutions and way forward envisaged by the new CEO for the embattled utility.

See here for the first, second and third articles.

On lessons learnt as a former customer of Eskom…

In the past, the companies you served were key customers of Eskom, and you are now sitting on the other side of the table from them. What lessons do you think Eskom has to be alive to – particularly in a post-Covid-19 world? What has to change at Eskom?

As a customer, I learnt that there are significant gains to be had from energy efficiency as a key cost-saving driver for industry generally. If I look at what Andrew Liveris did at Dow Chemicals about 10 years ago, he said, “let’s reduce energy consumption at Dow by 25%”, and in the following year he achieved this. He then said: “let’s take out another 25%”, which he also duly did. So that’s one example.

Another example is my experience in Germany, where, as you probably know, the price of electricity is among the highest in the world. But at the same time, Germany is the second-biggest exporter of manufactured goods. So, clearly, the notion that low-cost electricity is the key enabler to industrial success is something that we need to challenge.

It is true that South Africa does not have the fiscal space, and Eskom doesn’t have the cost base, to enable it to deliver electricity as a competitive advantage.

In discussions with our key industrial customers, they have indicated that removal of these cross-subsidies would make them significantly more cost competitive. If you do the maths, the removal of these two subsidies could see a 6% to 11% reduction in electricity costs to industrial customers, depending on their load profile, which is a really significant cost saving.

So, if we want to enable manufacturing and industry in South Africa, then one also has to look at the tariff structure itself.

On Nersa and the price of electricity…

That is the R450-billion question right there, Chris. It is a difficult question, and we understand no one likes an increase in the price of what is essentially a grudge purchase, namely electricity.

We cannot and will not rely on electricity tariff increases to bail us out. We are not asking customers to cross-subsidise our inefficiencies. We are saying: Give us electricity tariffs that are reflective of normal, appropriate, benchmarked costs. This is what we have proposed to Nersa.

Unfortunately, when we disagree with Nersa’s determinations, the recourse that we have under current legislation is for us to take the decisions on review in the courts. This is not where we as a utility want to be, nor is it something we particularly relish. But it is something that we are required to do to resolve our differences.

If you look at the recently gazetted Integrated Resource Plan for electricity, IRP 2019, it indicates the average price of electricity should be about R1.33 per kWh, while our current tariff average is at R1.02 per kWh. This difference means we are sitting with a revenue shortfall of about R67-billion a year. This is not a figure that Eskom has dreamed up itself – it is a number based on the cabinet approved IRP.

However, we don’t think that Nersa’s multi-year price determination (MYPD) methodology is being adhered to currently, where the regulator is providing a return on assets that is close to zero. Of course, we do need to get our cost-base under control, and I have previously alluded to some of the areas where I believe we can do better.

One of the major cost elements in our income statement is the interest bill of R28-billion to R30-billion per annum. So, a reduction and refinancing of Eskom debt, including the potential of green financing, becomes very important, as this could significantly increase the viability of Eskom as a going concern, and arrest the so-called utility death spiral.

So, in terms of the MYPD methodology, it is our contention that Nersa must ensure Eskom’s sustainability as a business by ensuring adequate returns and incentives for new investment while limiting excessive returns.

World electricity cost benchmarking indicates that our electricity prices are still quite low. I think we, as a country, therefore need a mindset change in respect of affordable electricity tariffs, and we need a dramatically different approach to electricity pricing.

On Medupi and Kusile…

Some 12 years after starting construction, Medupi and Kusile are still not completed, and those units that are in commercial service are not performing properly. In the meantime, cost overruns have brought Eskom to its knees. What still has to be done to complete these projects and sort out the poor performance?

At Medupi, we have achieved commercial operation on Units 6, 5, 4, 3 and 2, with Unit 1 undergoing commissioning, but already providing up to 600MW into the grid. We are also seeing steady increases in the energy availability factors of the units at Medupi.

But we do have to address a number of problems arising at Medupi – the milling plant and its reliability, and boiler exhaust air temperature into the downstream pulse-jet fabric filter plant for particulate emissions. So, there is a significant amount of rectification work that still has to take place in order to get Medupi to the point where it can perform as advertised.

The same mill plant performance and exhaust air temperature issues as above apply to Kusile. There are also challenges with the gas air heater, the induced draft (ID) fans, and blocked bags in the pulsed-jet fabric filters, that have caused delays at Kusile.

As you know, we also have had issues with some of our contractors and their financial stability, which have exacerbated some of the delays at both Medupi and Kusile. So, we are dealing with each of these issues as they occur.

Looking back at these projects as they were initially conceptualised, I think it is fair to say that we didn’t do adequate up-front design on the projects, and our project execution methodology, with Eskom acting as the single point of control over the multiplicity of different sub-contracts, was in all probability flawed. There were a large number of interfaces that were difficult for us to manage, and the schedule was, in my view, incredibly aggressive, which caused us to compromise on some of the design optimisation and improvements.

Even as we are in the process of commissioning a number of units, we are now having to fix some of those initial design decisions that were made under a lot of pressure at the time, and that puts us in a very challenging situation.

On municipal and Soweto arrear debt…

Recent revelations within Parliament’s standing committee on public accounts (Scopa) indicate a total disarray in government efforts to make any progress in addressing Eskom’s municipal arrear debt. What is the current level of this debt, and what will be the impact of the Covid-19 lockdown and economic slowdown?

Total municipal arrear debt (excluding Soweto) is now sitting at about R28.3-billion, with Soweto arrear debt at about R19.6-billion. These are very large numbers, and we need to take firm steps to arrest the ever-increasing arrear debt.

We have shown in our engagements with Emfuleni (Vaal Triangle) municipality, where we obtained an order of court to attach some of their assets and are in the process of reaching a payment agreement that will be converted into a further court order, that we are willing to take a strong line on overdue debt to ensure that electricity delivered is paid for.

The challenge at a constitutional level is that we are not dealing with different “tiers of government”, but rather with different “spheres of government”. While this may sound like semantics, what it means is that the department of cooperative governance and traditional affairs (Cogta) simply does not have the authority to instruct municipalities to pay, which would have been possible if you had a “tiered” system of government.

So there has been support. But the way our country is organised from a constitutional perspective is such that central government cannot simply instruct municipalities to do its bidding. That’s the reality we have to face and navigate our way around.

So, this is an ongoing challenge, and there are obviously a number of complex associated political, economic and social issues arising. But we are dealing with this in a firm, business-like manner, and we are trying to protect our rights and revenue to the extent that we can. DM