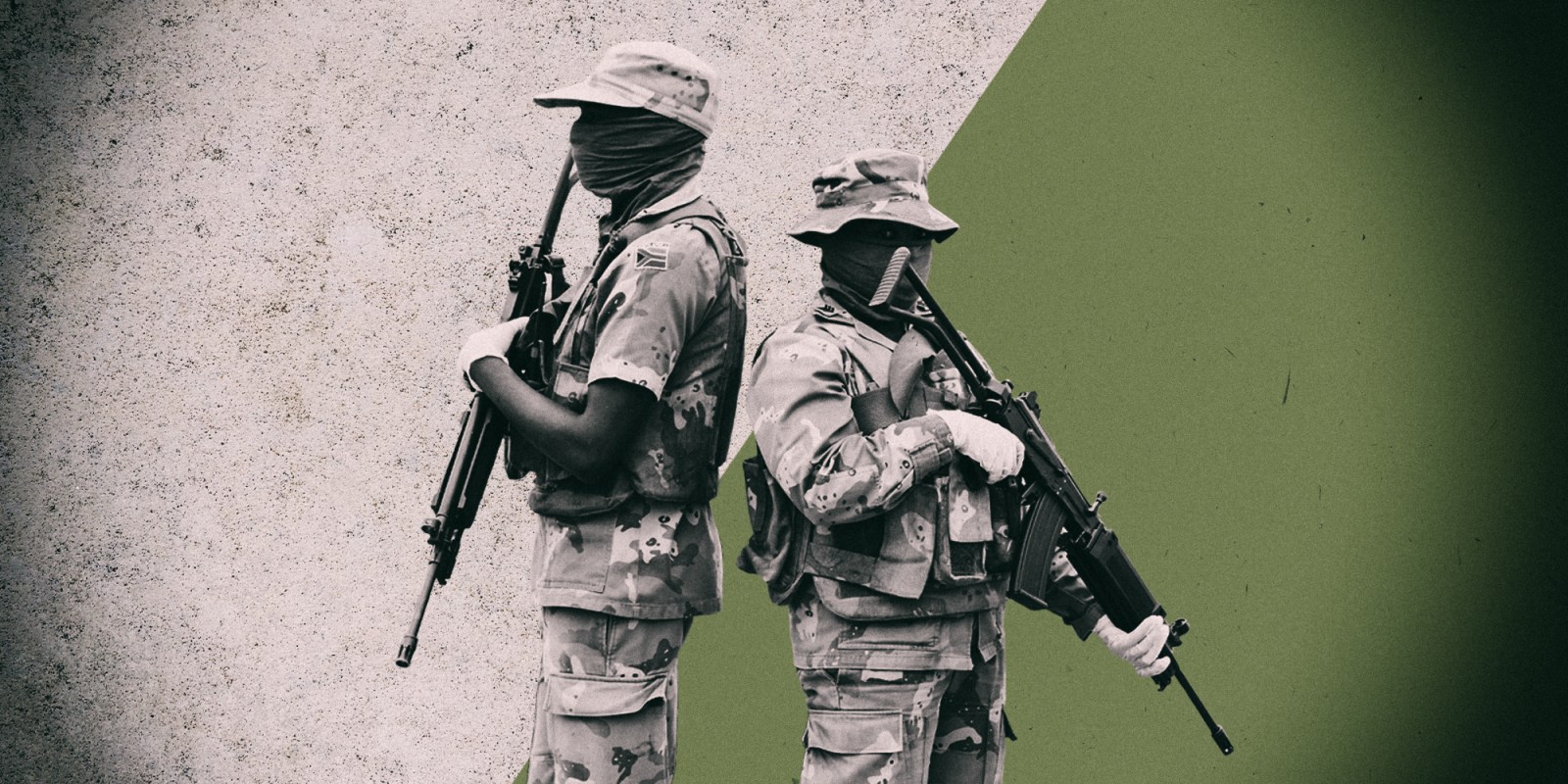 The SANDF is preparing field hospitals and mobile mortuaries as every available member has been put on standby to enforce the lockdown and bolster health services. Leaders have defended the military’s professionalism, but complaints of abuse are likely to rise.

President Cyril Ramaphosa has taken the unprecedented step of authorising the deployment of all available SANDF personnel during the State of Disaster as Covid-19 continues to spread and the government scrambles to bolster health services and enforce lockdown regulations.

An additional 73,180 SANDF members, including the regular force, reserve force and auxiliary force can now be deployed until at least 26 June 2020.

This comes after the president authorised the deployment of 2,820 members to assist the SAPS and other state departments in March.

That includes all members of the army, air force, navy and military health services, except those already deployed to places like the Democratic Republic of the Congo and the Mozambique Channel.

The SANDF has also been approached by volunteers, such as doctors and engineers, which will be deployed as an auxiliary force.

“If you look at the numbers and the rate at which the infection that’s gone up, you realise at some point we may need the kind of human resource deployed that has never been seen before,” Mapisa-Nqakula told radio station 702 on Wednesday.

She said the country must prepare for the worst as some countries are recording tens of thousands of deaths.

Defence analyst Helmoed Römer Heitman said the unexpected move was likely a contingency plan to ensure more SANDF members could be deployed when necessary without Ramaphosa having to repeatedly make adjustments to his order.

While the SANDF can now deploy a total of 76,000 members, Chief of SANDF Joint Operations Lieutenant General Rudzani Maphwanya did not detail how many would be operational at a given time.

“We will be required to respond to the situation as it arises,” he said.

Defence Force members have been assisting the SAPS at roadblocks, on foot patrols, in cordon and search operations and have been patrolling the country’s borders.

“The SANDF highly contributed to the enforcement of measures to curb the spread of the virus,” said Mapisa-Nqakula.

The role of the Defence Force will now increase along with the response to the virus. Noting the SANDF’s versatility in responding to a disaster, Römer Heitman described members as “warm bodies and muscle”.

“It is a bunch of organised, disciplined people with a command and control structure and communications.”

It is preparing isolation and quarantine wards at military hospitals in Pretoria, Bloemfontein and Cape Town and will establish field hospitals across the country. It is also sourcing additional mobile mortuary units, the need for which Mapisa-Nqakula noted multiple times.

The additional deployment has a budget of R4.59-billion and the Defence Force will procure medical equipment to treat patients at sites run by the military health services.

Maphwanya said Ramaphosa had instructed SANDF leaders to think about how the additional equipment and facilities could be used to improve the health system in the long term.

The SANDF will also help improve access to basic services such as installing water tanks distributed by the department of water and sanitation and upgrade infrastructure such as bridges.

“I think we’re going to see quite an increase in complaints and abuse,” said Dr Jakkie Cilliers, head of African futures and innovation at the Institute for Security Studies.

“The organisation is in a dire state and putting troops that are not well trained into the townships, it shows a level of desperation,” he added, suggesting the government was concerned about protests over widespread hunger.

The SAPS and SANDF have been accused of being heavy handed while enforcing lockdown regulations in townships and videos have circulated showing members allegedly assaulting people and forcing them to do physical exercises.

Military Ombudsman spokesperson Nthombikayise Mdluli Jacha said 19 complaints had been laid against SANDF members during the lockdown. The ombudsman is yet to start investigating any of them. Mdluli Jacha said some of the complaints lodged were missing necessary details.

The family of Collins Khosa, who was allegedly assaulted and killed by SANDF and SAPS members in Alexandra on 10 April 2020, has approached the Constitutional Court asking for an order to establish a system to investigate complaints of abuse during the lockdown.

Mapisa-Nqakula described Khosa’s death as “an unfortunate incident” but declined to comment further while the case is being investigated by the Independent Police Investigative Directorate and could be heard in court.

“We do not condone such actions by soldiers and by any members of the law enforcement agencies,” said the minister on allegations of abuse.

Mapisa-Nqakula, Maphwanya and multiple MPs in the Joint Standing Committee on Defence said authorities must act within the law. They focused more, however, on what they said was provocation and misinformation from the public.

The minister appealed to the public, particularly young people, to abide by the regulations and not to provoke the authorities. She said misinformation was being shared online that perpetuated the idea that the SANDF was using excessive force, which undermines the positive work underway.

“We expect our people to comply, not to be forced to comply,” said Maphwanya. “That is our plea to people. We need not be provoked into being forced to make people comply.”

DefenceWeb editor Guy Martin said the minister, SANDF and Military Ombudsman were doing what they could to prevent abuse during the lockdown, but incidents would happen while the military, not trained in policing, was deployed domestically. DM