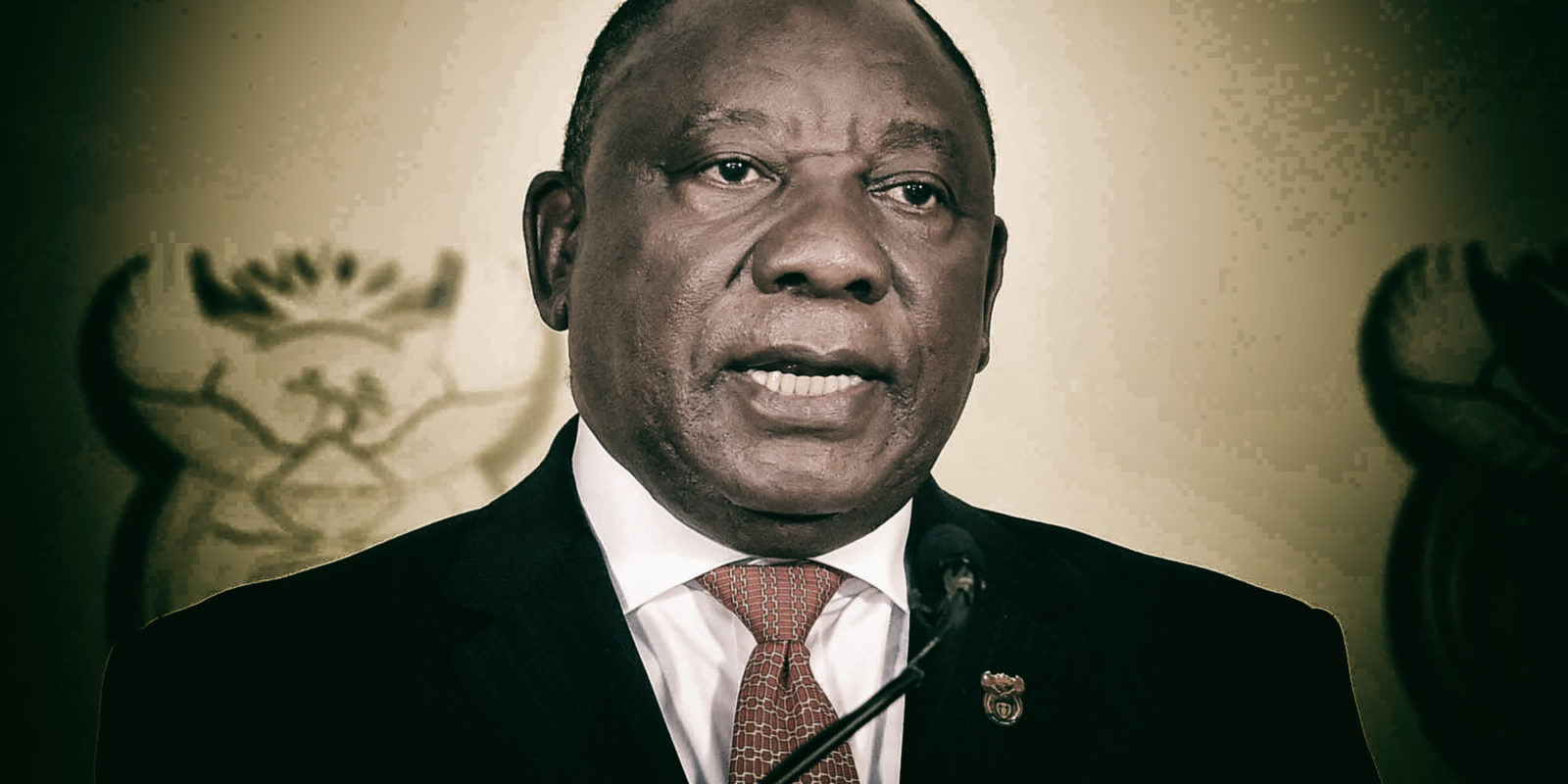 A major step forward, but some warning lights are flashing. By Gilad Isaacs

The Covid-19 economic rescue package announced on Tuesday night by President Cyril Ramaphosa is a major step forward. If effectively implemented, it will make a material difference in the lives of millions of people, and support tens of thousands of businesses. However, although the absence of details makes the package difficult to analyse, a number of weaknesses exist.

Last week the Institute for Economic Justice (IEJ) argued that the rescue package should be commensurate with the scale of crisis.

As a rule of thumb, special Covid-19 government spending announced around the world has been roughly equal to the size of the expected economic contraction in each country. This is because, in the economics of lockdown, each rand spent is likely to have less of a stimulatory impact than in normal times.

In South Africa, estimates of the economic contraction have increased from 4% of Gross Domestic Product (GDP) two weeks ago, to 6 to 8% last week, to around 10% before the announcement of the package. 10% of GDP is just over R500 billion. This is the total the President announced.

But not all of it is new spending, nor necessarily government spending at all.

On the revenue side, R130 billion is to come from “reprioritising” existing planned budget expenditure. It makes sense to use money that may have been saved during the lockdown. But shifting money from one budget line to another will not necessarily be a long-term net gain for the economy. This is particularly true if we underfund long-term “capital expenditure” (investments in roads, ports, trains and so on).

On the expenditure side, R200 billion is in the form of loan guarantees, and R70 billion in the form of tax deferments or deductions. This is not additional government spending, though it will be an important lifeline for businesses and households.

This means there is R230 billion in spending, or 4.5% of GDP (shown in the table below). If R130 billion of this is from “reprioritisation” and R100 billion from the UIF, then the package doesn’t necessarily cost the fiscus anything. This means that far greater spending should be leveraged for additional rescue measures and to set the economy on a new footing in the medium term.

Researchers, activists, and some admirable government officials won the day and forced the National Treasury to concede to R50 billion in additional spending on social grants. This was a month-long battle that should never have had to be fought. The top-up to existing social grants will directly benefit over 18 million people, and indirectly another 14 million, many of the most vulnerable.

Unfortunately, the numbers don’t add up so it’s difficult to tell what’s going on here.

The proposed increase to the child support grant amounts to R36 billion, and increases to other grant beneficiaries amount to R8 billion – R44 billion in total.

A special Covid-19 grant is to benefit those “who are currently unemployed and do not receive any other form of social grant or UIF payment”. The President didn’t tell us how many people this will reach.

The most recent proposal on the table covered 8 million people – aged 21 to 59, earning below R3,500, not employed, and not getting another social grant. But at R350 a month for six months, that would amount to almost R17 billion. Those who proposed the grant originally sought to cover between 13 and 15 million people (R27 to R32 billion).

This amounts to a total package of at least R61 billion, as opposed to the R50 billion total announced by the President.

Presuming this R61 billion is correct, this will cushion the rise in extreme poverty and hunger. But depending on the fall in incomes in both formal and informal economies, a rise in poverty may still occur. Further, despite proposals on the table, the Covid-19 grant at R350 per month is too small, and its targeting will be complex to administer. A once-off universal basic income grant, at a significantly higher level (certainly not less than R500 per month), would be a better option.

How the R100 billion set aside “for the protection of jobs and to create jobs” is to be spent is also unclear.

R40 billion is allocated for supporting wage payments for businesses unable to pay their workers – presumably via the current Temporary Employer / Employee Relief Scheme (TERS) administered by the UIF. It’s unclear whether this includes the R30 billion already allocated to TERS, or is in addition to it. The IEJ showed that the original R30 billion did not guarantee a minimum wage and would only be enough to cover about 2.4 million workers, a share of those affected.

It is also uncertain whether the other challenges facing TERS will be attended to. It is slow, cumbersome, and difficult to access. The UIF seems ill-equipped to administer the scheme and it should be moved to the South African Revenue Service. And the current, illogical, requirement that it only covers businesses who have experienced a total or partial closure of operations as a direct result of Covid-19, must be removed. Restrictions on other funding streams, for example, a requirement of local ownership, also need to be relaxed.

R70 billion is dedicated to tax relief. Most of these measures delay the payment of taxes, although there are some tax deductions and holidays. How households (as opposed to businesses) will benefit is unstated.

There is also, it seems, no concrete package of compulsory measures around deferral of rent, mortgage or other loan payments. This can’t be left to the goodwill of the private sector to offer, and must be regulated.

The largest chunk of money – R200 billion – is dedicated to a loan guarantee scheme. Essentially, banks will extend special loans to struggling businesses and the National Treasury and South African Reserve Bank will bear the risk of default.

This is an important step forward and the commercial banks should be effective at getting this relief to businesses. But there are four issues to consider:

The President says that we will pay for all this from “local sources, such as the UIF, and from global partners and international financial institutions”.

This is the weakest element of the package.

The President’s plan is silent on additional tax measures. (The IEJ has estimated that “solidarity taxation” on rich people could yield R48 billion.) It is also silent on a special Covid-19 solidarity bond that would secure funds, on favourable terms and at low interest rates, from public and private institutional investors. Only an estimated R108 billion can be safely unlocked from the UIF. Private local finance must step up to the table.

The World Bank and International Monetary Fund are viewed, rightly, with great suspicion in South Africa. They are notorious for accompanying loans with anti-poor, pro-market measures of deregulation and slashing government and social spending. The IMF appears to have stepped back from this during the crisis but a flashing neon “proceed with caution” sign is required. While we should support global transfers from developed to developing countries, we should ensure that these loans come without strict anti-poor conditions, and that the loan terms are agreed to by all major social partners.

The President’s address is bookended by references to the need to ensure “structural reforms” in the post-Covid recovery phrase. While economic reform is certainly needed, “structural reform” – as articulated by the Minister of Finance – is usually code for privatisation, cutting wages, and slashing spending. In line with this logic, the rescue packages do not include the necessary measures to stabilise the economy – further reducing borrowing costs, stabilising the exchange rate, and imposing measures to limit money leaving South Africa.

These worrying elements are, however, at odds with more progressive pronouncements by the President, for example that we should not “merely return our economy to where it was before” but “forge a new economy”.

The Covid-19 crisis is teaching the world that there is a need for more effective governance and a more proactive role for the state. It is showing South Africa that despite a decade or more of waste, corruption, and mismanagement, the state can play a developmental – and life-saving – role. DM

Isaacs is Co-Director of the Institute for Economic Justice and School of Economics and Finance, University of the Witwatersrand.