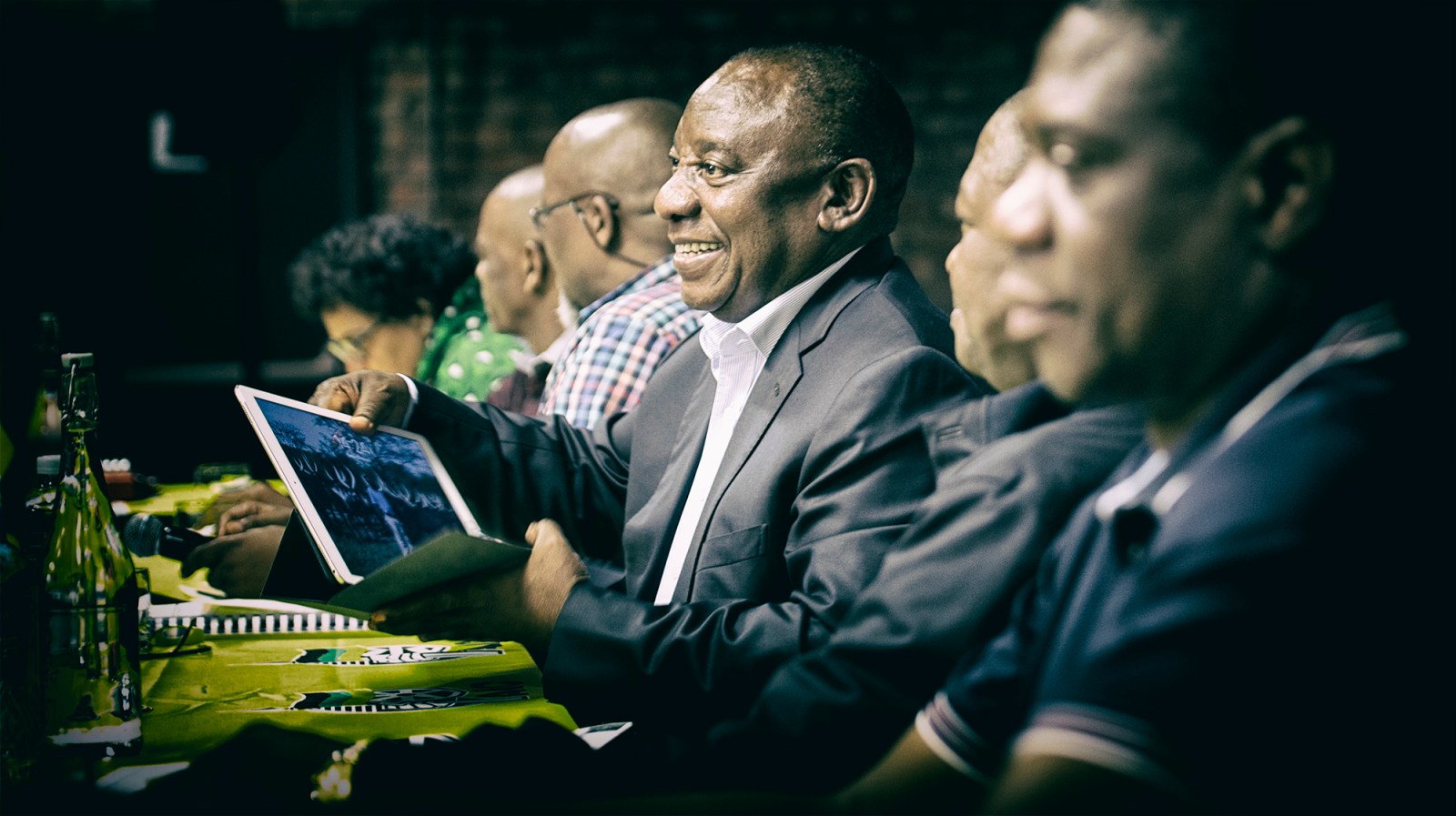 It is common to hear the phrase ‘Covid-19 changes everything’. This will no doubt include our political parties. While some have focused on what it means for certain leaders (and the silence of other leaders during this time) it is important to examine the implications for the structures of the parties themselves.

Until now, one of the secrets of the power of the ANC’s National Executive Committee has been its secrecy. In the age of Covid-19, it may be impossible to maintain that, with possibly great consequences.

On Monday 20 April, the ANC’s National Working Committee held a virtual meeting – probably for the first time ever – in which it decided that the government should try to implement a bigger economic stimulus to deal with the coronavirus pandemic and the impact of the lockdown. On Tuesday 21 April, the party’s spokesperson, Pule Mabe, confirmed to SAfm the party would be looking at holding its National Executive Committee meetings in the same way in the near future.

Very few political parties would be comfortable with their inner workings being made public. Since the late 1990s, many political journalists have made their name, quite legitimately, through scoops related to NEC meetings.

The power of this is huge. In 2008 the NEC decided to remove Thabo Mbeki as president. When the decision was agreed to in the early hours of a Saturday morning, the secret was kept almost completely (the Weekender managed to scoop everyone) until a briefing by then-ANC secretary-general Gwede Mantashe, at least eight hours later.

So important is this secrecy that only recently has a member of the ANC’s NEC spoken publicly about what has been discussed there. In 2019, former finance minister Trevor Manuel spoke in public under oath about an NEC meeting for the first time. He explained how current Transport Minister Fikile Mbalula told the NEC that the Guptas had informed him in 2011 that he would be appointed sports minister before then-president Jacob Zuma told him. This was the first time a conversation within the NEC had been made in a public forum, and under oath.

This situation is likely to change

Two weeks ago a video from a virtual meeting was recorded showing President Cyril Ramaphosa making the joke that while he had said the lockdown would end in April, he hadn’t said which year. He was in a Cabinet virtual meeting with people he thought he could trust. Someone videoed the joke on their phone and then disseminated it far and wide.

This shows how difficult it is going to be for the NEC to keep secrets. Even if people do not record NEC meetings on video, they could easily record the audio with no one knowing.

For at least the past decade, members of the NEC have not been able to take their cellphones into meetings. Journalists have often commented on how their phones appear to “mysteriously” lose signal near the meeting hall. These precautions are taken to stop people in the meeting from communicating with the outside world during the official sessions. This is mainly to stop leaks and to stop people from trying to influence public perceptions while the meetings are underway.

Now, that will be nigh impossible to enforce. Instead, you are likely to have a situation where people will be “in the meeting” but also on their phones. You can imagine the amount of backdoor strategising and real-time action that will go on via cellphones during these meetings.

At the same time, it may be impossible to know if anyone is recording the meeting on their phones or any other device. As a result, it might be much tougher to make any moves that would be unpopular with voters. This could have a big political impact, impeding people who want to make unpopular, but necessary proposals. Every word must be watched, lest it be quoted out of context.

In our current context, if someone were to attempt to make the case at an NEC meeting to bail out SAA at the expense of an increase in social grants they risk ridicule by meme for months on end.

Also, it may, in fact, allow, for the first time, almost live coverage of an NEC meeting, in that videos and audio recordings could be sent to journalists almost in real-time. This would surely have an impact on how these meetings are conducted and the decision-making process.

The same will hold true for branch meetings of the party. It’s hard to imagine branch meetings happening soon. And until they do, branches cannot elect members to represent them at the planned National General Council (NGC), which has already been postponed to August.

The branches’ inability to elect their representatives might well mean the NGC cannot be held this year at all, simply because the process would take too long.

In the past, there have been branch nominations, a meeting to decide on the member, that goes to the region, the provinces and national, and then an audit, which is valid for only three months, is conducted. This incoming delay would appear to entrench the current leadership in that there can be no big test of strength among members until then.

While it might be technologically possible to have a conference online, the ANC has traditionally resisted things like electronic voting because of issues of trust; it’s unlikely it would agree to change its position now.

The implications of this are significant. The DA currently has an interim leader in John Steenhuisen. The longer he is in this position the more his position is entrenched, and the harder it will be for his rivals to unseat him.

The party is also in a kind of stasis. Before the virus struck the world, it appeared that the DA needed to urgently resolve tensions around affirmative action and black economic empowerment and whether the party accepted the concept of “race as a proxy for disadvantage” as policy. Now, it may be unable to do that for some months, which means any attempts to bring unity to the party could come to a temporary halt.

The EFF may be less affected. It had its last conference just in December, which means that it has leaders with a relatively fresh mandate and no urgent need for gatherings. Of course, that doesn’t mean the party gets off this pandemic unscathed. It has been almost silent on the major issues it usually spouts forth about (although its treasurer-general Omphile Maotwe said last week that SAA must be retained as a state-owned airline).

For a party that neither has national power nor governs in a province, it’s difficult to make oneself heard during a national crisis.

As Gareth van Onselen recently pointed out, only the national government, through ruling the country, and the DA, through its leadership in the Western Cape, actually have power at the moment.

While it is probably true no aspects of our society will be left untouched by this pandemic, it is also very easy to both overestimate and underestimate what that impact will be. The same will hold true for our politics. But in a political situation where so much happens so quickly, the change is likely to be significant. DM