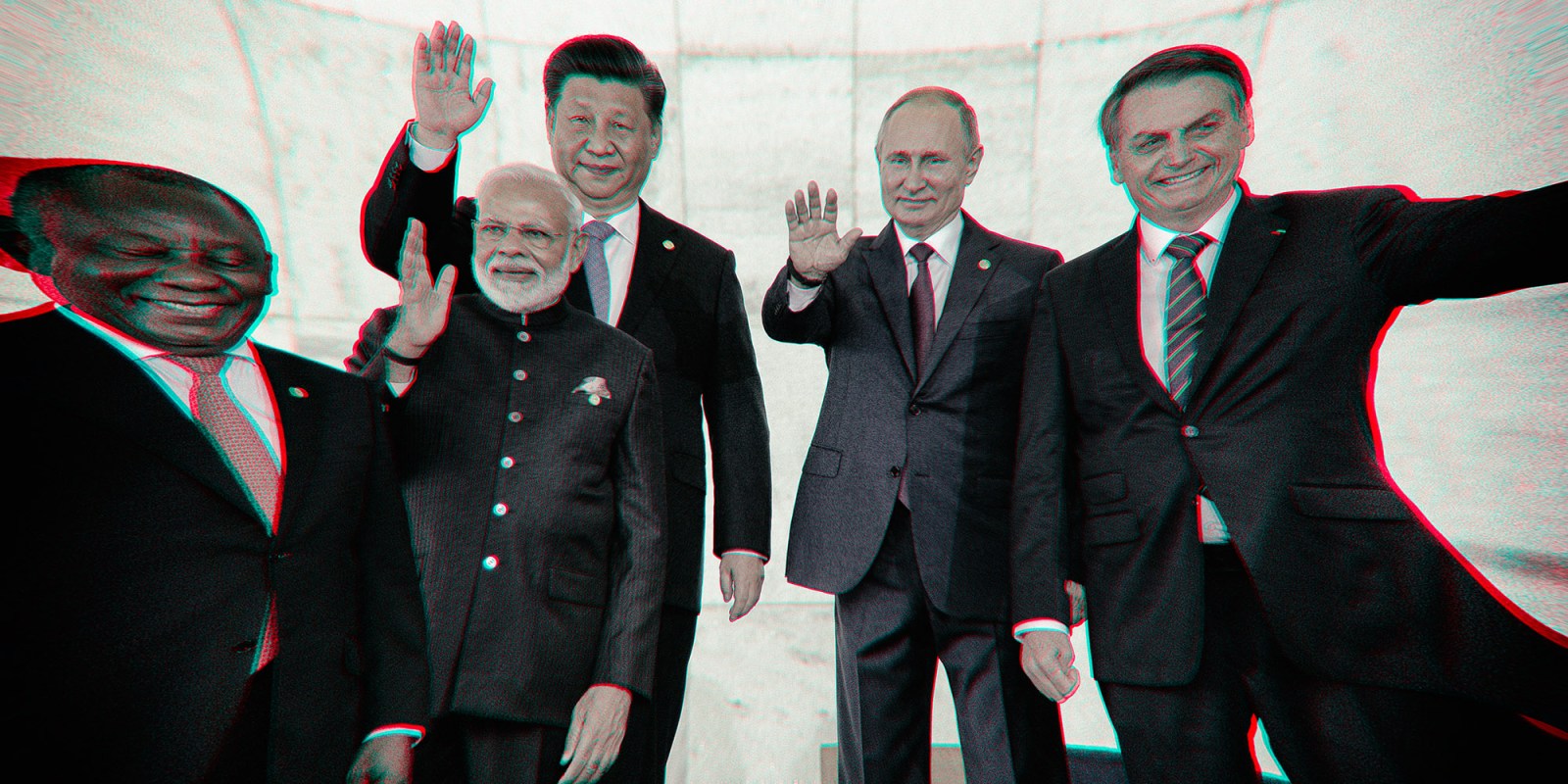 A post-pandemic world will necessarily be different from the one before it, with substantial alterations to the staffing of embassies, the nature of global supply chains, greater use of technology for travel regulations and rethinking of various indicators of developed and developing worlds.

There is a subset of international political economists known as hyperglobalists, for whom the distinctive trend of the 21st Century is the disintegration of borders and the erosion of the concept of sovereignty. Spurred by increases in trade, the mobility of capital and definitive steps towards deeper integration in the European Union such as a common currency, the grouping seems to bend decisively towards the elimination of borders over time.

And yet, in recent months, the world over, in the wake of the Covid-19 epidemic, the state has reasserted itself, and most countries have cordoned themselves behind their borders. Indeed, so effective has the outbreak been in reasserting the state that one of the emblematic developments this past month has been declarations of ceasefires by several rebel groups in Cameroon, Colombia, and the Philippines.

Once the world reverts to a semblance of normalcy, there will no doubt be some irreversible changes like diplomacy, as well as trends in trade and security thinking that will also gather momentum. In short, the ongoing Covid-19 pandemic is going to change international relations. What then, are the repercussions of the measures put in place now for a post-coronavirus world and how will this change globalisation?

Among the most significant developments in the world stage is also one of the most recent, with reports emerging this past week that African residents in China have been ill-treated and discriminated against. These are still early reports at this point as the matter is still developing. Whether these will ultimately be substantiated or not, they signify the lack of responsive capacity of many African embassies and consulates in China.

Thus, there is a need to transform these institutions to include medical attachés. These medical attachés are not uniformly present in all embassies and are in some cases temporarily present only for specific scientific negotiations. These will remodel embassies from being diplomatic outposts to active role players that can contribute to the protection of citizens abroad from deteriorating health situations.

More importantly, embassies will be able to expand their mandates to include useful health-related information. Applied effectively, this should manifest into a global network of health-conscious embassies that play a role in early detection and warning systems as they will anticipate potential outbreaks before they materialise. In instances of epidemics, we could ensure swifter actions; more than we saw with Covid-19. With more focus on health expertise in embassies, this could be a standard reaction to epidemics.

Article 7 of the Vienna Convention on Diplomatic Relations partially makes provision for this, as it allows for each embassy to have various attachés as is deemed necessary. This has allowed technology ambassadors such as Denmark’s Casper Klynge and the UK’s Nigel Sheinwald in response to the growing centrality of tech companies, especially in Silicon Valley. Diplomatic recruitment processes will also need to increasingly draw from medical programmes, as well as accrue graduates from the burgeoning field of biomedical sciences. Likewise, diplomatic schools will need to introduce or bolster their medical and scientific curricula.

Global value chains will be transformed because of the coronavirus. This will encourage self-sufficiency or in the least a strategic reconsideration of the nature of economic interdependence by various countries. More directly, many states will re-evaluate their exposure to China.  They will question whether the benefits the country offers, such as its special economic zones and its historically low-wage labour, which has recently become increasingly expensive, outweigh the level of risk encountered by being linked to China. This node of the value chain is blamed by many for being the catalyst for the outbreak of the pandemic.

We have already seen accelerations in automation, and virtual modes of work, while some countries such as Japan have recalled their companies. Fundamentally, lockdowns in China have meant that Japanese manufacturers have been unable to access critical equipment. Thus, according to a Bloomberg report, “imports from China slumped by almost half in February as the disease shuttered factories, in turn starving Japanese manufacturers of necessary components,” resulting in “renewed talk of Japanese firms reducing their reliance on China as a manufacturing base.”

States are already beginning to fundamentally relook at what needs to be imported, especially if there is scope to produce these goods domestically. This could drastically alter the balance of trade for many states. Of course, much of this is speculative as economic activity has mostly come to a halt. Yet should restrictions continue, and companies consolidate their procurement from local suppliers, this could become a permanent shift despite possibly higher overheads.

For many in the developing world, this fracture in these hitherto resilient supply chains could be an opportunity to close the gap by shoring up their comparative advantages, while also signalling their health statuses. They are also theoretically advantaged by their younger populations, but that may only be true of this particular virus, and there is no telling what groups, if at all, will be relatively safer from different outbreaks in the future.

This also highlights another significant change in the global arena; international investors, and those who advise them, are likely to be more mindful of health. So far, this has been the preserve of the United Nations’ Human Development Index (HDI) and the World Economic Forum (WEF) Global Competitiveness Index. The HDI focuses on health expenditure per citizen, whereas the WEF Global Competitiveness Index focuses on particular diseases, such as malaria, tuberculosis, and HIV.

It will be a worthwhile exercise to evaluate whether there is any correlation in rankings on the HDI and proven resilience towards Covid-19. If this is not the case, the global development discourse as it has so far been manifest may yet be another casualty of Covid-19.

Is it possible that we will see a continuation of these restrictions on movement after the pandemic? Many countries have shut their borders to curb the spread of the virus. This may entail stricter border controls once they reopen. For one, we could potentially see the incorporation of digital identification into visas. This, of course, would have been a likely outcome of the fourth industrial revolution. Yet, the vital need to shut down borders at this time may speed up this process.

A digital identifier, which to some extent has already been enforced, includes biometric data as well as biographic and travel history data. We foresee newer regulations delving into more in-depth details as tracking and tracing are implemented. The use of this information will allow countries to have more control over risk-rating, verification and access of travellers. Of course, the caveat is that there are myriad risks and potential for misuse lingers. There will need to be built-in safeguards to ensure privacy and security. Travellers, through their governments, will need to ensure that there is transparency regarding who has access to this data.

On the other hand, while some may anticipate a more divisive post-coronavirus world, there may be more opportunity for multilateralism. For instance, the African Union, which has long been criticised for its inability to mobilise collectively, has proven that in a crisis, it can act. The special envoys appointed to mobilise international support to address the economic challenges resulting from the coronavirus is indicative of the kind of collaboration possible. This may be a step in forging closer ties on the continent and could potentially enhance the scope of the African Continental Free Trade Area, while also showcasing which dangers to be on the lookout for.

As many countries put in place their recovery plans, they are doing so based on precarious information and with a widened sense of vulnerability, both from the virus itself as well as the economic consequences it will yield. Just as well, they will be mindful of the paths to recovery of other countries and how that may affect them. So far, many analogies have painted the current events as the equivalent of a world war. But, for all its destructiveness and casualties, world wars are economically active occurrences.

Perhaps a more succinct precursor is the Great Depression, which most economists believe to have been ended by production and government expenditure during World War II.  Like the Covid-19 outbreak, it began in one part of the world and yielded global consequences due to poor coordination. It was worsened by the mushrooming of “beggar-thy-neighbour” policies that miscalculated and failed to consider the bigger picture.

These included the introduction of individual tariffs on a country-by-country basis that when implemented on the larger scale curtailed demand and deepened the recession and escalated it into a depression. The tools meant to salvage such a situation from ever erupting again remain with us in the form of the World Bank and the International Monetary Fund, and indeed they have greatly expanded their mandate to be more responsive wherever the need arises.

But they have never been tested on such a global scale and with a crisis of this nature. It has been observed that at least our age has more information-processing capabilities and mechanisms for cooperation at its disposal; it remains to be seen how well they are to be utilised. DM

Bhaso Ndzendze lectures a postgraduate course on Technology Dynamics in International Relations at the University of Johannesburg and directs research in its Centre for Africa-China Studies.

Tshilidzi Marwala is a professor and the Vice-Chancellor of the University of Johannesburg. He deputises President Cyril Ramaphosa on the South African Presidential Commission on the Fourth Industrial Revolution.