Hanover Park’s safety net for the needy: ‘We’re coping because Aunty Avril is here for us’ 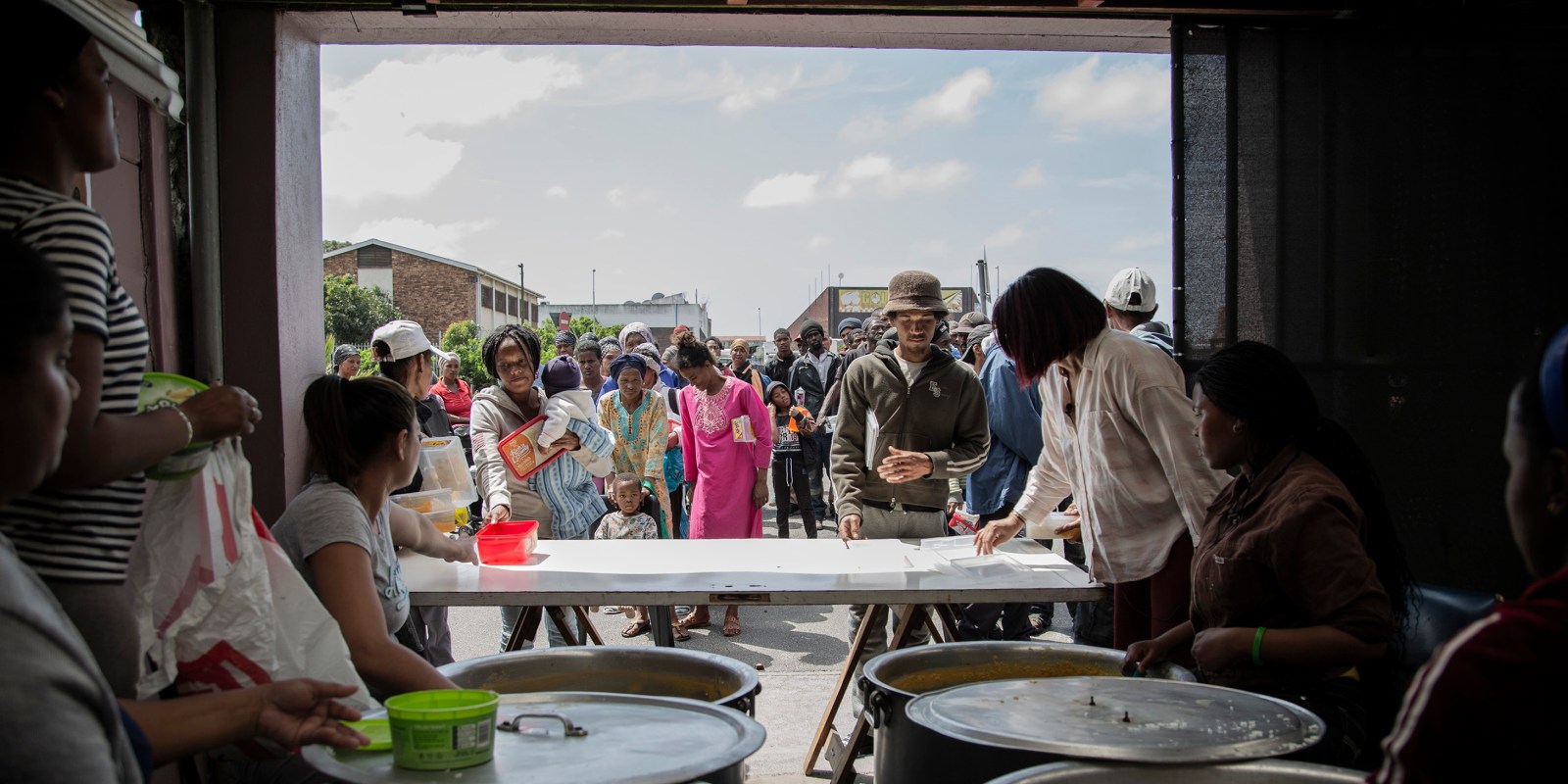 Avril Andrews, who runs a foundation for the needy in Hanover Park, closed her daily feeding programme when President Cyril Ramaphosa announced the lockdown that began on 27 March 2020. But when people from her community defied self-isolation orders and began waiting on the street outside her home for their daily meal, she could no longer ignore the desperation.

“I could see that people are hungry and in distress. People started stopping outside my gate shouting ‘Aunty Avril, Aunty Avril’. They wanted even just two teaspoons of sugar or a slice of bread, you know?” says Avril Andrews, who runs the Alcardo Andrews Foundation from her home in Hanover Park.

“At first I didn’t want to speak to the people but then me and my husband felt this is something we can’t ignore,” she said.

Her decision to temporarily close the foundation during lockdown was in keeping with legal guidelines around social distancing, but it was a tough choice.

“I was confused about what to do. I spoke to my family and asked them how they feel about it. My husband and my son said as long as we don’t allow people inside the property — so at first, I just pushed food through the gate and afterwards, I felt I could open the gate and just asked people to keep their distance,” she said.

The Alcardo Andrews Foundation has been operational for more than four years and usually has an after-school programme, various community engagement programmes and a daily feeding scheme where men, women and children from Hanover Park line up with empty containers to collect food. Of course, the daily engagement programmes have fallen away, but the feeding programme has proved even more vital in her community.

When Daily Maverick spoke to Andrews over the phone on the evening of Monday 20 April, Samantha Leeuw, 34, had just arrived. She walked to Andrews’ home after dark to collect food for her family.

Leeuw is a backyard dweller and shares a small yard with five other families. She has two children aged 14 and 10 and there have been nights when the family has gone hungry.

Faieqah Opperman, 32, says her family has gone to bed hungry several times over the lockdown period. While she tries to entertain her two teenage sons and encourages them to do some schoolwork, she says that they’re “a handful when they’re hungry”. But her greatest concern is her father, a diabetic who cannot take his medication if he has not eaten.

Opperman says she’s filled out forms for government food parcels, but has not heard back about where to collect them or when they will be available. And so organisations like the Alcardo Andrews Foundation are filling a much-needed gap.

Andrews’ main sponsor has provided food on a daily basis since her organisation began in 2015. Ladles of Love stepped in recently, providing sandwiches for Andrews to distribute. Individual donors have also come forward to contribute. The food collection queue outside her door has doubled in number over the past few weeks with people arriving morning, noon and night to get a bite to eat.

“I find myself working the whole day; right now I have a donation and there’s 50 to 60 bakkies of food, so I can’t go sleep now, me and my husband will deliver some food where we know people don’t have. I need to work because there are people who are hungry tonight,” says Andrews.

Hanover Park is a community synonymous with gang violence, and even though Andrews says that fighting between gangs has slowed, gender-based violence has increased. Another concern is the lack of education about Covid-19, how it spreads and the importance of staying indoors.

“People think they have nothing to lose, they are used to dodging bullets so for them this is not important. For them [lockdown] is a lot of nonsense, it’s not serious. What is serious for them is, where are they going to get their next meal?” says Andrews.

According to ward councillor Antonio van der Rheede, there are a number of schools in the area that have soup kitchens including Groenvlei Secondary School and Crystal Secondary School. He says the Department of Social Development has been supporting some of the soup kitchens as has the City of Cape Town, but the need is “far greater than the supply”.

There is at least one known case of Covid-19 in Hanover Park and Van der Rheede has been encouraging people who are displaying symptoms to be tested, but his greatest concern is that people are not staying indoors.

“I understand there are difficult circumstances in which people live, a lot of people in one house, but this virus is deadly, so people need to adhere as much as humanly possible. It’s trying times for everyone and I take my hat off to the people who assist with giving food,” he says. DM