Eastern Cape Health MEC to propose a moratorium on funerals 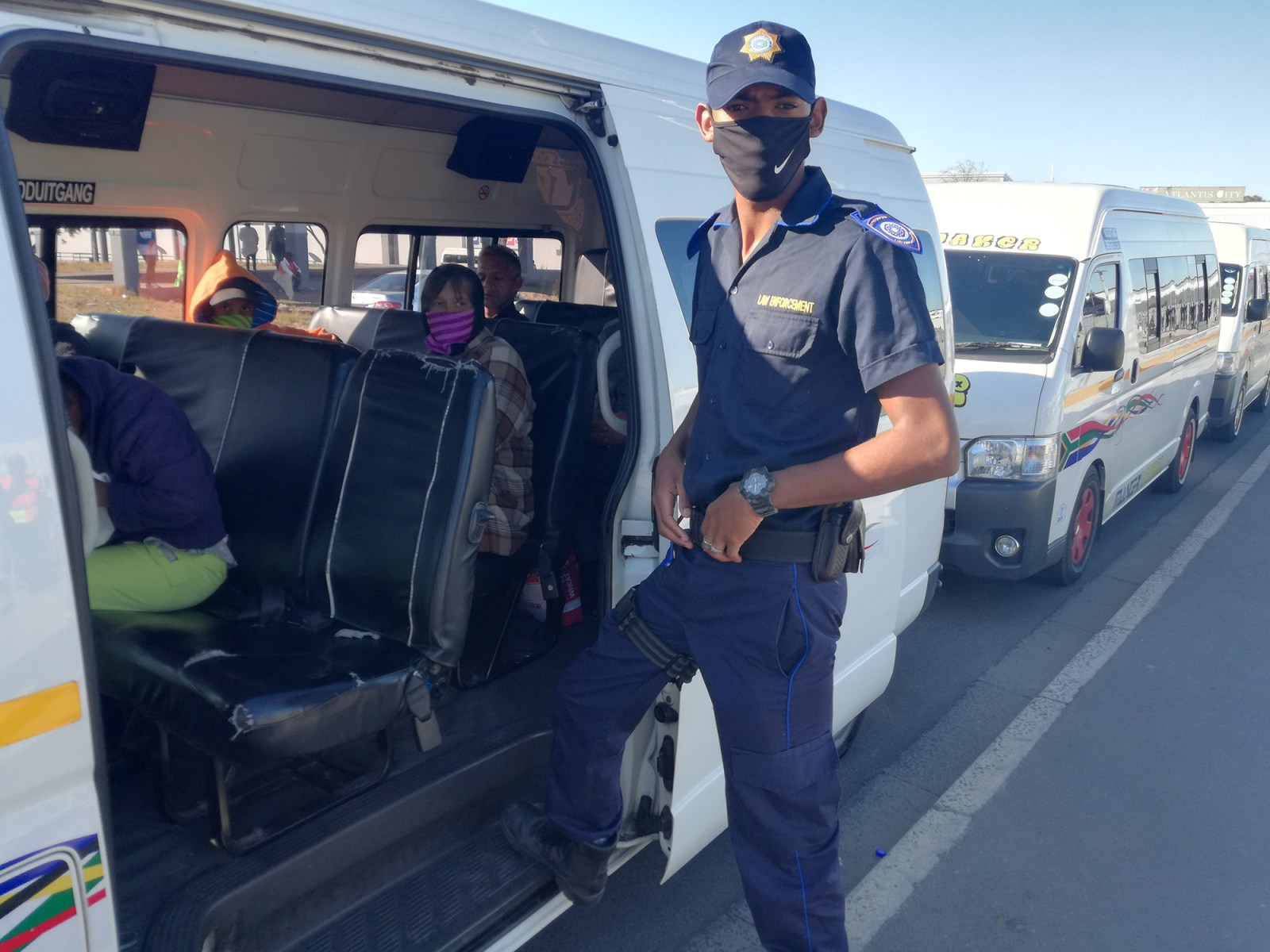 Taxis travelling from the Western Cape with allegedly fake permits have been turned back by officials at a roadblock near Graaff-Reinet for two weekends in a row. (Photo: Vincent Cruywagen)

With the number of confirmed cases of Coronavirus in the Eastern Cape nearing 300, the MEC for Health, Sindiswa Gomba, says she hopes Premier Oscar Mabuyane will place a moratorium on funerals as people flout lockdown regulations.

With several funerals going ahead in contravention of the lockdown regulations allowing only 50 mourners to attend, the MEC for Health in the Eastern Cape, Sindiswa Gomba, says she is hoping Premier Oscar Mabuyane will put a temporary moratorium on funerals.

This comes as the police uncovered a crime syndicate issuing fake funeral permits to people wishing to travel from the Western Cape to the Eastern Cape.

After President Cyril Ramaphosa announced a state of disaster due to the outbreak of coronavirus infections in the country, strict regulations relating to funerals were enacted. These were part of lockdown rules to ensure that all but essential personnel stay at home in an attempt to stop the spread of the virus.

Eastern Cape MEC for Transport Weziwe Tikana-Gxothiwe confirmed that a suspect was arrested in Cape Town on charges of fraud. The scheme, uncovered by the police, allegedly involves dozens of fake permits that allowed people to travel freely between the Eastern Cape and the Western Cape under the pretence of attending a funeral. The suspect allegedly made the fake funeral permits using one death certificate and claiming that all the travellers were attending the same funeral.

“The movement of people from province to province, especially from the Western Cape, has been one of the province’s biggest headaches as it battles with an ever-rising number of Covid-19 cases. We salute our detectives for the great work they have done in arresting the suspect,” said Tikana-Gxothiwe.

She said investigations into the involvement of government officials in the scam was ongoing as the fake permits carried an official stamp.

Taxis travelling from the Western Cape with allegedly fake permits have been turned back by officials at a roadblock near Graaff-Reinet for two weekends in a row.

Gomba said there had been a worrying trend of people breaking the lockdown regulations by attending funerals at which there were more than 50 people, or people continuing to hold sports tournaments and traditional ceremonies.

“Because of the number of positive cases linked to funerals is escalating, we have to do things differently. As a result, the department will submit a proposal to the premier on how funerals should be conducted in the province,” she said, adding that she hoped this would lead to a moratorium on funerals.

“Seeing that people are not adhering to the regulations that only 50 people should attend funerals, we will propose to the premier that there should be no tents or catering at funerals until we win this war against this virus.

“Only family members and people from the funeral parlour should attend funerals. We believe this is a necessary step to stop the further spread of Covid-19 and prevent more deaths. One death is one too many,” she said.

“What we are experiencing now is the new normal so we have to adapt and change how we do things,” Gomba said.

“The department is specifically concerned with funerals in rural areas and townships as scores of people visit the bereaved family for prayer services and to offer condolences on a daily basis until the day of the funeral. This exposes more people to the coronavirus.

“Because graves are dug by village men, they are also in danger of being infected by the virus because they share the digging tools and drink from the same jug. In some cases only two picks and spades get exchanged by a group of men in the digging process,” Gomba said.

Last week 10 mourners were arrested at a funeral in the OR Tambo District.

“We value human life and we will always place life ahead of everything else, which is why we will be submitting this proposal to the premier,” said Gomba.

Last week six people in Port St Johns tested positive for the coronavirus after a funeral in the town. The Nelson Mandela Bay municipality is also in the process of tracking and advising all the mourners who attended a funeral in KwaDwesi on 21 March.

Xolelwa Vandala, who lives in Port Elizabeth, said that she lost her mother on the Tuesday before lockdown began.

“We had to plan a funeral to happen within one day. The funeral was on the Wednesday and on Thursday we had the service. We are a huge family with some family members in Gauteng and Cape Town who could not make it the Thursday. We had her burial the next Thursday, but the family couldn’t come to Port Elizabeth because they were under lockdown and even if they were to travel, they couldn’t enter the province.

“Funerals to us as black people play a huge role in closure so currently my family is having a hard time as we are also a very close family and it hurts that we won’t be all together when it comes to her burial.

“The other issue that is a problem for us is that we must restrict the funeral to 50 people.

“For us, that meant that some had to stay behind and not be part of the burial. This is rather painful. My mother was a family person who served the family very well and to think some people won’t be able to bid her farewell within the family is painful,” she said.

Mabuyane’s spokesperson, Mvusi Sicwetsha, said the Provincial Coronavirus Command Council had discussed a number of interventions. The outcomes of the meeting would be communicated by the premier and MECs later in the week.

“What we can advise the people of the province to do in the last weeks of the national lockdown is that they must continue to wash their hands, stay at home, wear a cloth mask as advised by government, adhere to all the regulations of the lockdown and stop using fake permits to move around. Government is now intensifying lockdown to help tackle the spread of the virus. Everyone must comply.” MC