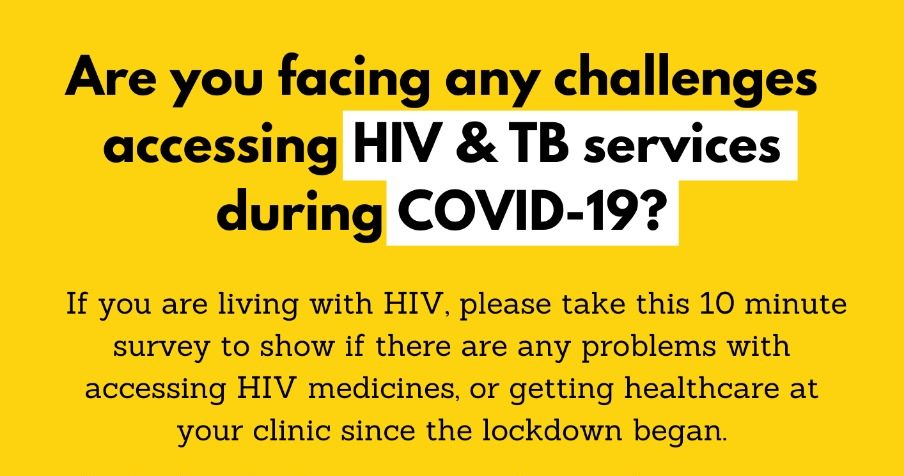 A broad range of civil society organisations have launched a survey which will establish whether communities have access to their life saving chronic medication and food. The survey will look at how easy or hard it is for communities to get to their clinics and hospitals. 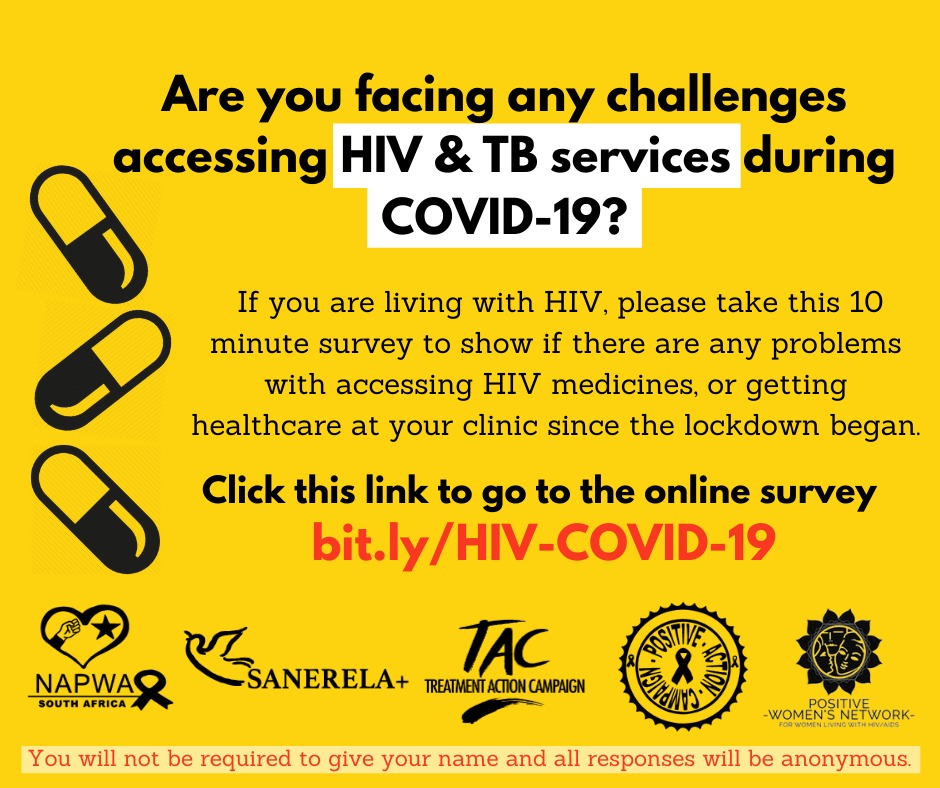 The survey has 20 questions including: Are people able to collect antiretrovirals (ARVs) without a problem or are there stockouts? Are HIV services available at the clinic?

Should people not be able to access their chronic medication, the impact of Covid-19 on them is likely to be more severe than in those with healthy immune and respiratory systems.

The survey is anonymous and the responses, once collated, will be shared with the Department of Health so they can make an impact assessment and know where there are any gaps in delivery of chronic medications. There is an option to call in with numbers servicing all nine provinces. 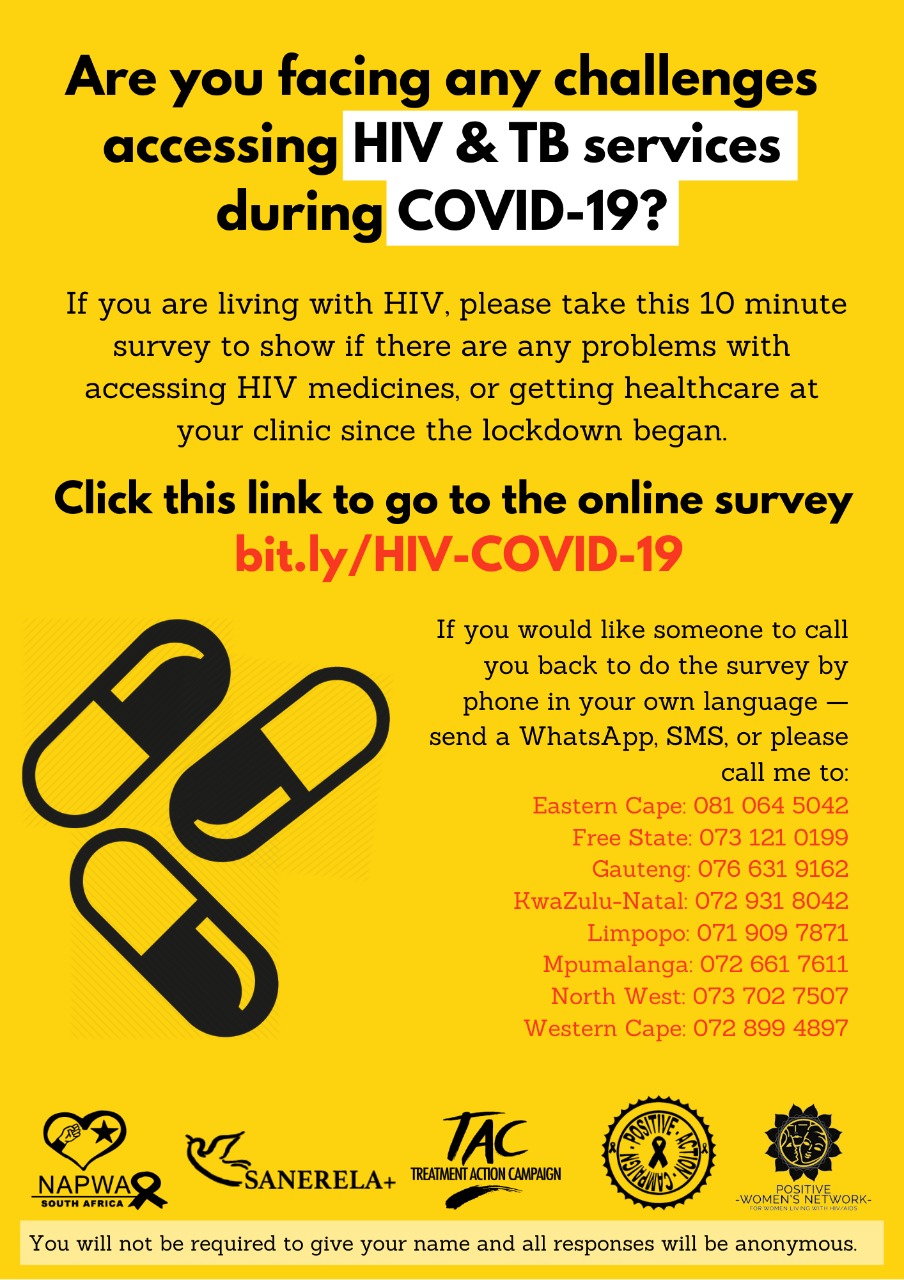 Sibongile Tshabalala, chairperson of the TAC, said: “We are happy that screening is happening on the ground but we need to work together as civil society or health groups in order to curb the fight against Covid-19.”

She said that is how South Africa managed to fight the spread of HIV/Aids, that people were on the ground and part of the fight, which is why South Africa is doing well in the HIV/Aids rollout.

She noted however that there still was an issue with ARV stockouts at various clinics.

Tshabalala said it was important to note that there now is a split focus for people fighting HIV/Aids and TB to now also fighting Covid-19. She reiterated that people living with HIV and TB were more susceptible to Covid-19 should they not receive their medication.

Tshabala said that during the course of their monitoring they noted that people were generally still able to access their monthly HIV medication and that their monitoring efforts (such as the survey) are aimed at ensuring that this was uninterrupted.

Tshabalala said they would also publish a booklet called Covid-19 in our lives to be translated into 11 languages and distributed nationwide. DM/MC