A telling campaign to instil a love of reading in children 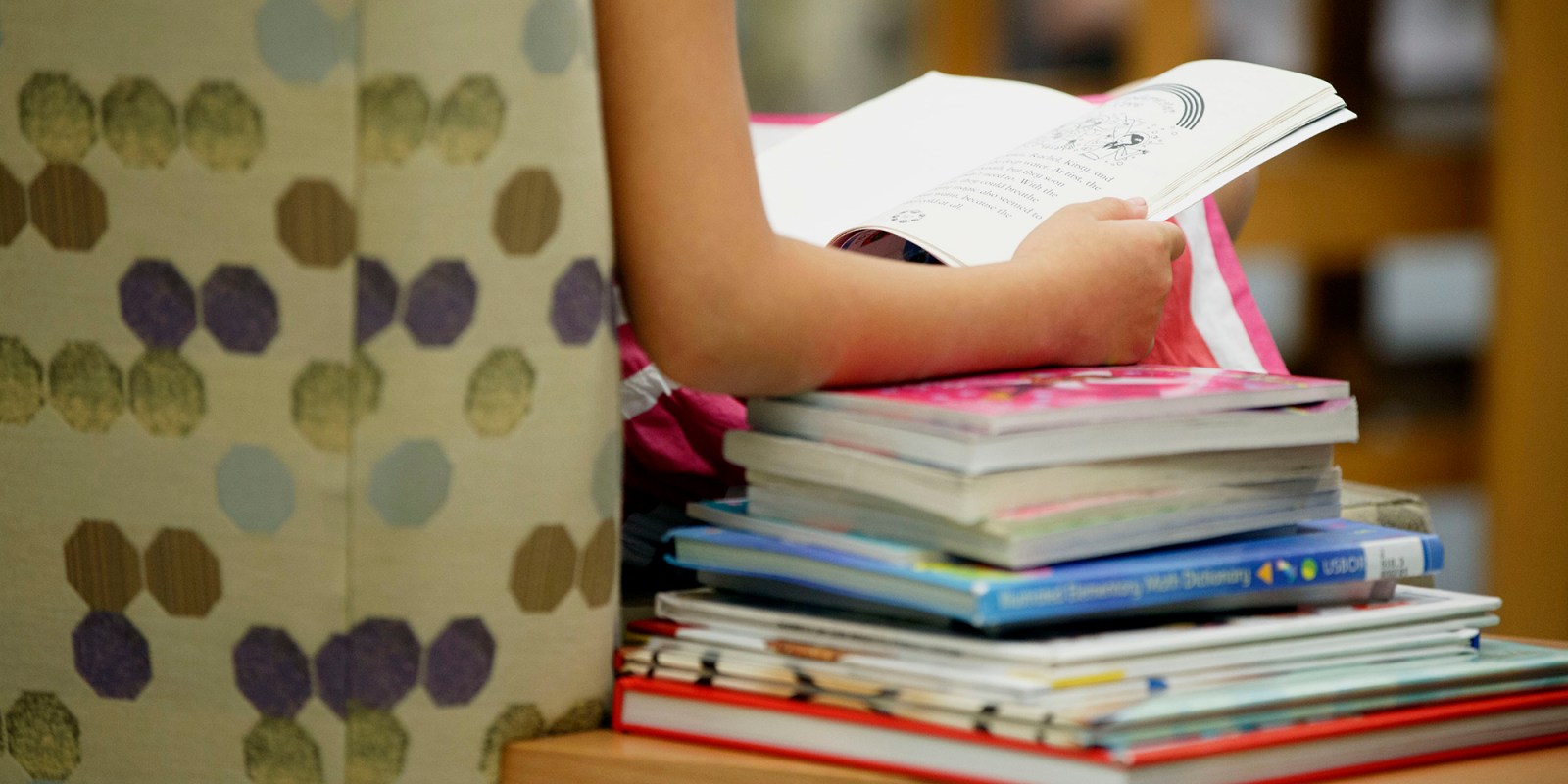 If children listen to stories well told and captivating, the urge to read for themselves should be magnified. (Photo: Gallo Images/Bloomberg / Patrick T. Fallon)

For all its negative impact, Covid-19 could be a trigger for creating a greater interest in reading and storytelling for children.

A “cognitive catastrophe” is how researchers describe the literary crisis affecting South African children, most of whom don’t have access to reading material and are being disadvantaged by an education system that fails to teach them to read or instil a love of storytelling.

Enter Covid-19 with its lockdown restrictions forcing thousands of schoolchildren to stay at home and leaving thousands of parents in despair not knowing what to do with them.

The idea is that while lockdowns, social distancing, and the closure of schools will remain part of the current risk landscape for some time, there’s a golden opportunity for entertainment celebs like Noah, authors and writers to read stories to children.

TV, radio tablets, mobile phones, you name it, they can all come to the party and become part of the greater story about thinking out of the box when the need is great.

Yes, of course, there are a multitude of ifs and buts. A child in Botswana won’t relate to Cinderella. Likewise, a child in Russia is hardly going to see the point of a story about a lonely zebra lost in the Okavango Swamps.

The executive director of the annual South African Children’s Book Fair, Elinor Sisulu, goes further, saying that traditional children’s literature favourites like Alice in Wonderland and Winnie the Pooh have little bearing on the lives of most children living in South Africa, and that the emphasis of storytelling should be on local traditions, culture and folklore.

“Developing afrocentric children’s literature is an important and deeply political project,” she says.

One of Africa’s best-loved authors, 76-year-old Sindiwe Magona, might argue slightly on that point. When I interviewed her, Magona recalled the pile of books that dropped in her lap “like magic” as a five-year-old living in the impoverished area of Retreat, south of Cape Town.

“I couldn’t believe my eyes,” she recalled. “Our neighbour was a domestic maid whose employee was getting rid of all the old books her children used to read. And lucky me, I get them all. Noddy, Enid Blyton’s Famous Five, and Beano comics – they became my dearest friends. So too did Jane Eyre.

But that is an argument for another time.

Reading ambassadors like Garner are hoping that the storytelling network launched under the Save the Children banner will gain traction around the world and will focus on multilingual platforms suited for different regions.

“That’s why the initiative needs to be embraced by all countries”, she says.

While it’s an ambitious project, and probably won’t have the exponential growth she is dreaming of, there are pockets where an intervention like this might just be feasible, not only now but on an ongoing basis.

One such place is South Africa, which according to the recent Progress in International Reading Literacy Study, came stone last out of 50 countries globally in the assessment of children’s reading ability.

It is estimated that as many as 21,736,416 youths (those aged 19 years and under in South Africa) will struggle to achieve good results because of their lack of reading ability.

Furthermore, the literacy study revealed that more than 70% of Grade Four learners in the country can’t read at grade level in mother-tongue and English, and 50% of learners drop out of school as a result.

It follows then that if children listen to stories well told and captivating, the urge to read for themselves should be magnified.

Right now the priority is to get campaigns like #savewithstories up and going during the remainder of the lockdown and beyond if possible.

The spokesman for the project, Sibusiso Khasa, explains that the campaign has a twofold goal in the short term. The first is to provide a storytelling platform for children and the second is to support children affected by the lockdown.

“Many children in South Africa go to school not just to learn, but also for breakfast and lunch,” says Khasa. The idea of #savewithstories is to try and meet the health, education and nutrition needs of children across the country.

Among the first tier of reading volunteers are radio man Gareth Cliff and one of the country’s youngest authors, Stacey Fru. Others who have signed up are Ayanda Boroto, Katlego Danke, Minnie Dlamini, Lethabo Mathatho, Tsholofelo Matshaba, Nomzamo Mbatha, Khotso Mokoena, Tobias and Vibeke Rehfeld and Emma Wade-Smith.

The initial campaign will run until April 30. During this period, you can watch children’s stories on Instagram and on Facebook @SavetheChildrenSouthAfrica.

Tips on keeping a child-focused during storytelling

How preschoolers are read to is as important as the frequency with which they are read to, says the US National Early Literacy Panel, which supports something called the dialogic reading programme – a fancy way of describing interaction between the child and the storyteller.

In the lockdown sense, it would be a three-way interaction between the remote storyteller, the parent or child-carer and the child.

The thinking behind dialogic reading is that in most cases children have a short concentration span, which is why when you are reading a story to them, they are normally bouncing up and down or pulling faces after the first page.

That’s where intervention comes in and the pause button becomes a useful tool. If the story is about, for example, a baby penguin, the adult can ask the child what the penguin’s name is and where it lives.

In part, the adult helps the child to become the teller of the story.

Active involvement is the key, say the developers of this fundamental reading technique. It involves a short interaction between a child and the adult. The adult prompts the child to say something about the book, and evaluates the child’s response.

For many books, the aim is for the adult to do less and less reading of the written words and leave it more to the child to do the interaction and tell the story in their own words, thus promoting reading skills. DM

Liz Clarke, a former AIDS and health science writer for the Sunday Tribune, is now based in the Western Cape and writes in her private capacity for several publications, focusing on health science, education and technology.