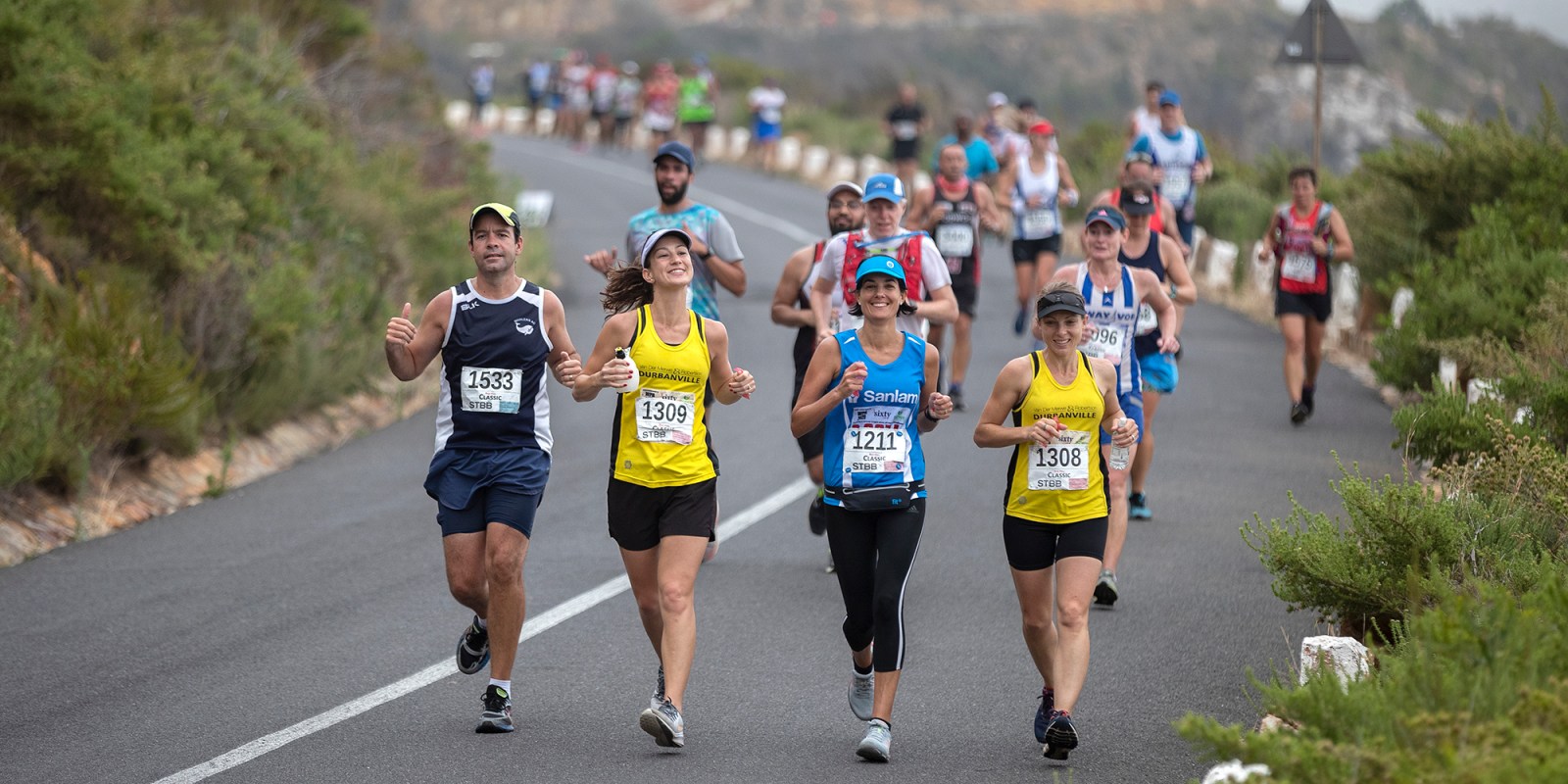 Runners compete in the Red Hill Marathon in Cape Town, South Africa 25 January 2020. The Red Hill Marathon is considered one of the most spectacular road races in South Africa and an official qualifier for the Old Mutual Two Oceans Marathon and Comrades Marathon. The route takes place in Cape Town's south peninsula traversing a mountain and along both the Atlantic and Indian Ocean coastlines. (Photo: EPA-EFE/NIC BOTHMA)

It was a case of rather late than never as the 2020 Comrades Marathon was on Friday formally postponed due to the coronavirus pandemic and South Africa’s National State of Disaster.

The Comrades Marathon is the latest seemingly immovable event to fall victim to coronavirus, with Athletics South Africa (ASA) announcing that the famous 90km race will not take place on 14 June this year. An alternative date has not been set.

The Comrades Marathon Association (CMA) had delayed the inevitable as long as they could, which led to some heated words from sports minister Nathi Mthethwa last month. But like the gun that is cruelly fired to signal the end of the race, regardless of whether a runner is a 5km or one metre from the finishing line, coronavirus has beaten the Comrades, for now.

When President Cyril Ramaphosa extended South Africa’s lockdown to the end of April there was no hope Comrades could go ahead as scheduled.

Comrades Marathon is one of ASA major income generators and cancellation would have a hugely negative impact on the organisation’s ability to function. Postponement was the best possible outcome for both ASA and the CMA, although cancellation cannot be ruled out.

The full impact of coronavirus is still unfolding and there are no certainties for the rescheduling of sports events. Comrades Marathon cannot be run in summer considering its already gruelling nature, so the window for staging it in 2020 is a small one.

“In compliance (with the lockdown extension), the suspension of all athletics activities is therefore also extended,” ASA president Aleck Skhosana said in a statement.

“This will remain in place until it is deemed safe for us to resume by the national government. This affects all fixtures and programmes from 26 March until 30 April. We will review our position when the government issues new measures to be followed.

“As a responsible national federation, ASA accepts that the protection of all lives outweighs everything else. We also note that everyone is affected the same way by this law and this includes athletes, coaches, event organisers, athletes’ representatives, administrators and communities.

“As it stands, however, let us prioritise the safety and health of every person, so that we can all return to our athletics programmes once it is considered safe to do so. We urge everyone to join hands with the government to fight this pandemic by obeying regulations of the lockdown.

“The Comrades Marathon is therefore postponed from 14 June to a suitable date that will be determined between ASA, KZN Athletics and the Comrades Marathon Association as soon as conditions around the management of the virus allow us to under the guidance of the government.”

The CMA, which took criticism for its bullish stance in not calling off the race earlier, despite mounting evidence that mass gatherings were impossible due to the pandemic, admitted defeat on Friday. If statements could be said through gritted teeth, it was this one.

“We welcome the announcement by ASA, which includes the postponement of the 2020 Comrades which had been scheduled for 14 June,” said CMA chairperson Cheryl Winn.

“CMA’s position is that there is no priority greater than the health, safety and welfare of our runners, volunteers, supporters, stakeholders and the lives of our fellow South Africans. Therefore, any decision on the eventual fate of the 2020 Comrades Marathon will be taken in conjunction with ASA and KZN Athletics.

“CMA also reiterated its advocacy for complete compliance with all regulations, guidelines and directives pertaining to the National State of Disaster, as well as pledging its total co-operation and support for ASA towards restoring some sort of equilibrium to the sport of athletics in South Africa in the coming weeks and months.”

It is not just Comrades that is affected, though, as the entire athletics season has been postponed due to the pandemic.