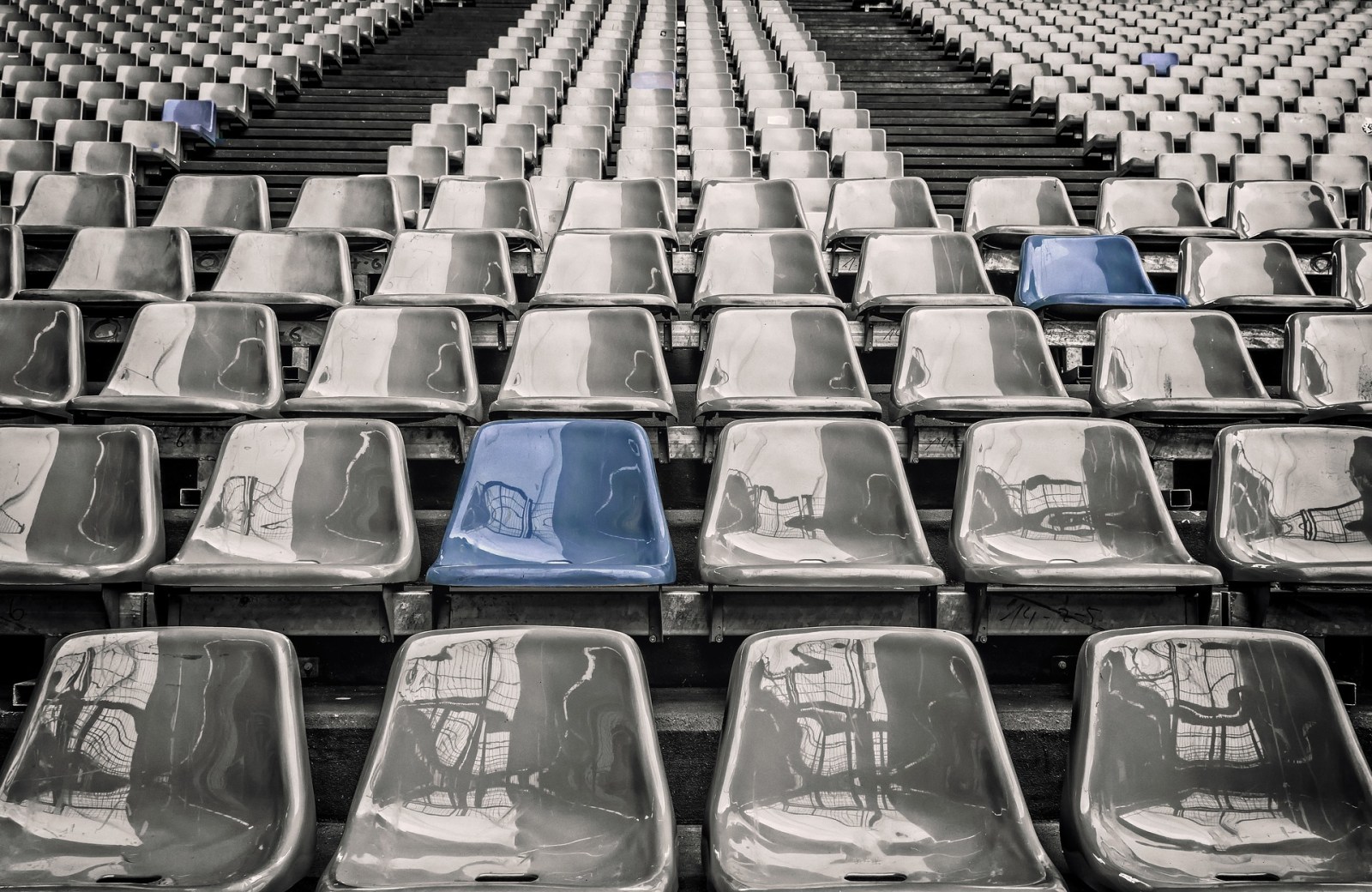 Image by Peter H from Pixabay

The world of local and international sport suffered another 24 hours of change as the effects of the coronavirus pandemic upended tournaments, events and entire calendars through Tuesday and into Wednesday.

Locally, sports minister Nathi Mthethwa confirmed that Premier Soccer League fixtures could go ahead in the coming weeks, but would have to be played behind closed doors.

But less than 24 hours later the South African Football Association (SAFA) suspended the league until April 4 after a scheduled meeting with PSL chairman Irvin Khoza failed to happen after the latter cancelled.

Safa president Danny Jordaan said: “We have a responsibility to govern football and therefore protect the players. “It’s not possible to play. Safa decided there would be no matches – that’s it,”

Mthethwa’s decision to allow the PSL to continue behind closed doors was a bold and odd call amid growing fears of a huge spike in coronavirus infections across the country, especially as rugby and cricket have both suspended all tournaments for the foreseeable future.

As of Wednesday morning, there had been 116 positive cases with local transmissions of the disease now up to six.

Mthethwa met major South African sporting stakeholders in Pretoria on Tuesday and gave football the green light as long as it adhered to the government’s stringent coronavirus protocols outlined in President Cyril Ramaphosa’s declaration of a State of National Disaster last Sunday. One of the key proclamations is that gatherings of more than 100 people are outlawed.

“As we speak, they (the PSL) can have their match tomorrow with no spectators,” Mthethwa said. “Even if we are going to reach a point where there may be no matches, it will be gradually phased in. But there is an obligation on them to follow to the letter the health and hygiene protocols as outlined by the Department of Health.

“They have said that players will wash their hands, using water and soap. They have said on their own that when the match starts, there will be no handshakes as per tradition. They also know that you will need sanitisers.

“What we are emphasising here is when players are celebrating, they must do it individually. It is a change of behaviour because if we don’t do that we will be spreading the pandemic.”

The problem, which the minister did not address, is how can the PSL stop thousands of fans descending on a stadium to attempt to watch a match. Even if fans are not allowed into the stadium (which brings its own security issues), the gathering would break at least one of the conditions of the State of Emergency.

“The issue of fans pitching up at stadiums even with the closed-door policy was not discussed,” ministry spokesperson Mickey Modisane confirmed to Daily Maverick.

“However, the Minister was clear that the league can continue under the strict measures of the National State of Disaster. We need to have more dialogue on this and one of the ways of averting the situation is for all matches to be broadcast freely on the public broadcaster.

“This situation is still under further discussion. The PSL has a board of governors’ meeting on Thursday. Our priority is to preserve lives and stop the infection growing. If that means playing behind closed doors or not playing at all, lives have to be spared.”

The meeting was amicable but there was an air of desperation as sports federations emphasised to government their potential financial plight.

Football, rugby and cricket, as well as some less high profile sports, are largely funded by SuperSport’s huge annual broadcast rights fees. With the suspension of all leagues and competitions in the case of cricket and rugby, and the likely suspension of the PSL in the near future, technically sports are in breach of their contracts with SuperSport.

Attempts to reach MultiChoice to discuss its future broadcast and business strategy around the marketing and broadcasting of its major product – sport – have so far been unsuccessful.

Tension between minister and Comrades Marathon

There were also moments of tension at the meeting after what appeared to be a lack of communication between Mthethwa and the Comrades Marathon Association (CMA).

Mthethwa lashed out at the CMA, which earlier in the day issued a statement saying it would not yet cancel or postpone the iconic ultra-marathon between Durban and Pietermaritzburg. The 95th edition of the race is scheduled for 14 June.

“With nearly three months to go to Comrades 2020‚ the CMA Board has decided that it is premature to postpone this year’s Comrades Marathon‚” CMA chairperson Cheryl Winn said in a statement.

“We will, however, continue to monitor the situation on a daily basis and will make a decision by 17 April depending upon how the situation evolves on whether to postpone Comrades to a date later in the year.”

That went down like a skydiver without a parachute with the minister, who made it clear that the government was in charge of ultimate decisions around the mass gatherings of people.

“We are dealing with a problem of the highest proportion here. I don’t know how the event will take place if they still have to come to the government and apply.

“It is a very irresponsible statement and I want to say that very strongly. This statement should not be followed through. It is a terrible statement. It just needs to be dealt with decisively so that it doesn’t go through. Almost all our sporting codes have been on the ball on this matter and we should continue to move with one voice. We have to come together.”

Later, the CMA appeared to dig its heels in when race director Rowyn James told Netwerk 24: “The race only takes place three months from now, and the situation can change. Therefore, it is still too early to cancel or postpone the race.

“The CMA is a responsible organisation and there is no way we would do anything against the instruction of Athletics South Africa (ASA) and national government.”

Three of sports’ biggest global events, The European Football Championships, the French Open at Roland Garros and golf’s US PGA Championship have been postponed to later in the year.

It appears that the decision to postpone the French Open caused confusion in global tennis. The action, taken and communicated by the Fédération Française de Tennis (FFT), appears to have been done without consultation with players and the consideration of other events on the calendar.

Roland Garros was set for 24 May-7 June and has now been pencilled in to start on 20 September, just a week after the US Open ends. Traditionally the French Open is the season’s second Grand Slam and the US Open the fourth.

The popular Laver Cup, a men’s team event in the style of golf’s Ryder Cup played between Europe and the rest of the world, would also be affected. Most of the world’s leading men’s players participate in it.

The news to reschedule Roland Garros incensed some players. Canadian Vasek Pospisil, currently ranked 98 in the world and one of those players most affected by the halt of the entire ATP season, expressed his anger on Twitter: “This is madness: major announcement by Roland Garros changing the dates to one week after the US Open. No communication with the players or the ATP. We have ZERO say in this sport. It’s time.”

Golf’s slightly less crowded calendar meant the PGA Tour could find a suitable time slot to reschedule one of the four men’s majors without recriminations.

The major, which had been due to take place in TPC Harding Park in San Francisco from 11-17 May, has been rescheduled for September.

“Throughout our evaluation process, we have been committed to following the guidance of public health authorities and, given the coronavirus shelter-in-place order in effect in San Francisco, postponement is the best decision for all involved,” said PGA of America chief executive Seth Waugh.

“This is a reflection of a thoughtful process. We are and have been working in concert with commissioner Jay Monahan and our partners and friends at the PGA Tour to find an alternative date that works for all. We are all very hopeful for a great outcome.”

Euro 2020, scheduled for 12 June-12 July across 12 European cities from Glasgow to Baku, has been postponed by a year. UEFA, the continent’s football controlling body, held a crisis conference call between its 55 federations on Tuesday.