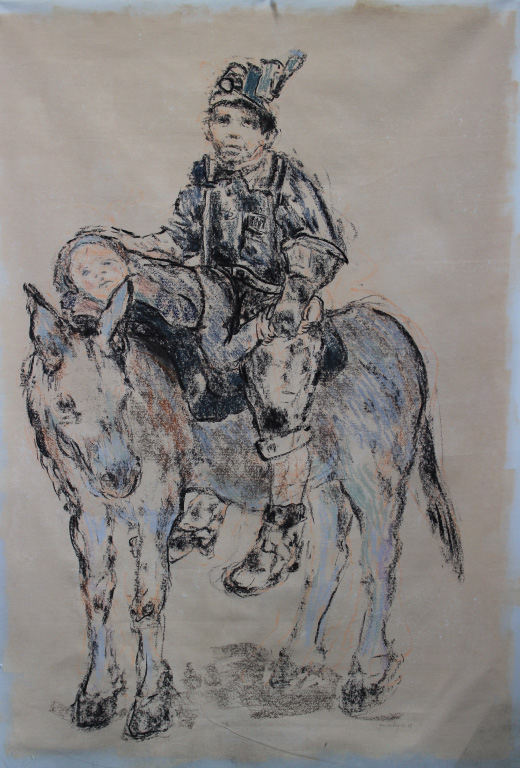 In this feature by Maverick Citizen twice a week, poet Ingrid de Kok selects South African poetry that sometimes directly, sometimes obliquely, addresses the question of how to imagine ourselves, how to be, in the current situation.

Editors’ note to readers: The automated sound device that accompanies articles in the Daily Maverick is to assist readers who are blind or have reading difficulties. It is not designed for poetry. Where possible, we advise you to read the poems rather than listen.

Appropriated by missionaries to mean hymn, Difela (the singular is Sefela) were created by migrants, especially Basotho migrants, to capture their individual as well as collective journeys to and from the mines.

They are a form of praise poem, using direct speech, focussed description, humour, historical referencing and incantations about struggle and survival. Through these complex poetic means, the life and travail of a migrant is reconstructed. Against a background of poverty, systemic violence and arduous labour, an integrated self-image and shared community history is sustained.

Very little is known about Teboho Raboko, the author of the extracts below, other than that he was a farmer who spent much of his life working in the mines. The text was initially gathered, recorded and transcribed by Makali I.P. Mokitimi.

Makali I.P.Mokitimi, David Coplan and others have written extensively about the poetry of Basotho migrants.

The English translation of the Sefela appeared in Stitching a Whirlwind: an anthology of Southern African poems and translations and is reprinted by kind permission of Oxford University Press South Africa, 2019.

Hail, Thin Death, Bull of Raboko.
Death crossed the waters on ships,
it eloped from Russia.
It eloped with those flaking Russian ships,
it eloped with the bottle they closed it in,
it entered Maseru, Place-of-Red-Sandstone.
It arrived in the middle of the afternoon
when women were taking their three-legged pots from the fire
the cooking pots with fermented porridge for the evening.
The Xhosa named it Killing-Everybody.
The Basotho say it is Lying-on-Your-Back-Illness,
young unmarried women die with their breasts bared,
men die with their chests bared.
You can imagine how cruel this is.

Translated from Sesotho by Tšepiso Mothibi and Antjie Krog