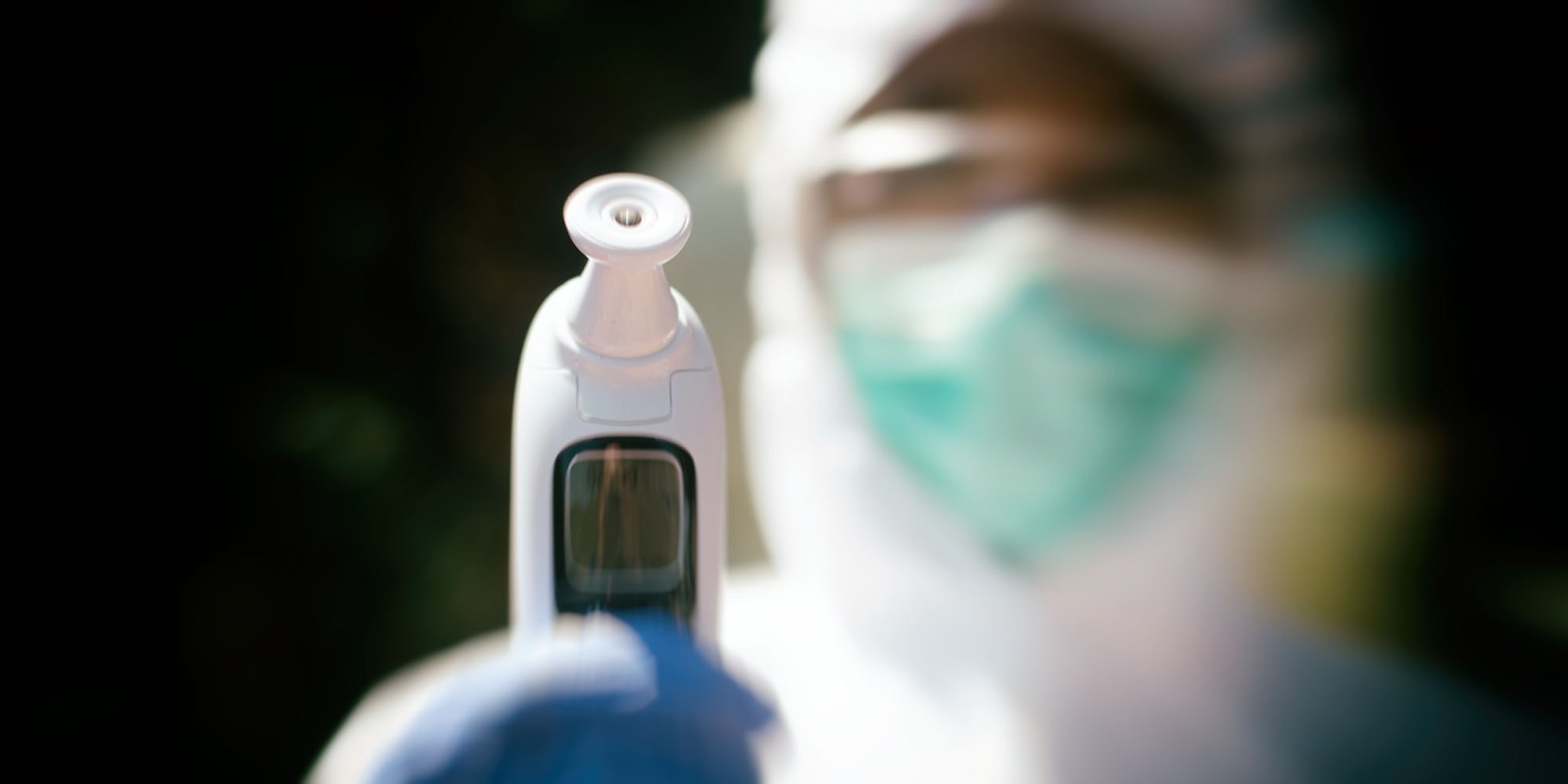 The first genetic picture of a SARS-CoV-2 virus found in South Africa has been unveiled. Spotlight spoke to two of the scientists involved.

A team of local scientists have successfully put together the first genetic fingerprint — or genome sequence — of SARS-CoV-2, the virus that causes Covid-19, found in South Africa. The National Institute of Communicable Diseases (NICD) and the University of the Western Cape’s South African National Bioinformatics Institute (SANBI) cracked the code that could unlock the origins of the country’s coronavirus outbreak and help healthcare workers and the government better track and trace its spread.

Spotlight spoke to Peter van Heusden, SANBI researcher and co-author of the new report on the sequence, and Dr Mushal Allam, a medical scientist with the NICD’s Centre for Respiratory Diseases and Meningitis, who worked on the sequencing, about what this accomplishment means for the future of South Africa’s fight against SARS-CoV-2.

“It’s been very fulfilling to be able to use these skills and to try and proactively assist with the outbreak,” Van Heusden said. “This is a whole society problem that we have to face with every set of skills that we’ve got. It did feel really fulfilling that this training I’ve put myself through for several years was able to be used for something more than making a research paper.”

He continued: “I’ve been very actively networking with my colleagues around the continent and around the world to make sure information flows as quickly as possible, in fact as soon as this hit the radar screens in January, I was already talking to [Allam], asking when we are going to be able to sequence this thing.”

If you took biology in high school, you might remember learning about DNA and RNA; DNA being our genetic material, or basically the book containing all of our characteristics (like eye and hair colour), and RNA being the messenger between our DNA and the protein factories in our cells called ribosomes.

DNA is stored in the cell’s nucleus, kind of like the brain of the cell. The RNA or messenger RNA (mRNA) takes information from our DNA in the nucleus straight to the ribosomes, which are in the cytoplasm (a yellowish solution in our cells). Think of the RNA as someone delivering specific instructions to the ribosome’s factory workers on how to make proteins that our bodies need. Normally, our cells are constantly producing new, good proteins — after all, that is the ribosome’s job.

However, when we become infected with a virus like SARS-CoV-2, something different happens in our cells. SARS-CoV-2 is a single-strand RNA and, when it reaches our cells, it sneaks into the cytoplasm and behaves just like mRNA. But it delivers bad instructions to our ribosome protein factories, resulting in the production of proteins that make us sick. SARS-CoV-2 may act like messenger RNA, but it delivers the wrong message to our bodies. This is what makes the virus so dangerous.

How to sequence a genome

For this genome, the NICD used a sample from one of South Africa’s first confirmed cases infected with the SARS-CoV-2 virus, a patient in KwaZulu-Natal who had recently returned from Italy. In the sample, scientists had both human DNA and RNA as well as the SARS-CoV-2 RNA. In order to sequence the virus, they first had to separate it from everything else.

Using what are called sequencing kits, Allam and his colleagues separated the human DNA from the virus and depleted the human RNA, leaving just SARS-CoV-2 to work with. The virus RNA was checked for quality before the sequencing process began. With the NICD’s current technology, using an Illumina (brand name) sequencer, the sequence is delivered in small parts of about 150 base letters at a time. After the sequencing is completed, scientists have to assemble the sequence to construct the 29,000 base-letter RNA strand of the virus.

“This bug is not easy to sequence,” Allam told Spotlight, adding that most of the reads are contaminated by human DNA and RNA. He revealed that the NICD has prioritised two sequencing machines for SARS-CoV-2. It can take five to six days to sequence one sample at a price of R7,000.

The future of SARS-CoV-2 genome sequencing in SA

According to Allam, South Africa is well equipped for the task in terms of facilities, but cost, timeliness and the procurement of SARS-CoV-2 sequencing kits are challenges. Work is underway to cut the cost of sequencing for one sample down to between R400 and R500, with new, more time-efficient sequencing machines available in the country soon.

“The World Health Organisation and the Africa Centres for Disease Control labs have asked the NICD to sequence some genomes from African countries which don’t have these technologies,” said Allam.

Other countries, including Democratic Republic of Congo, Nigeria and Senegal, have also sequenced SARS-CoV-2 genomes. According to the Global Initiative on Sharing All Influenza Data’s (GISAID) website, more than 5,000 SARS-CoV-2 genomes have been sequenced to date, about 62 of them from Africa.

Using genomics to map a pandemic

The sequencing data compiled by the NICD was shared with a project called Nextstrain, which then created a phylogenetic tree, or a family tree of viruses. This tree can help scientists better understand where genomes come from and how they are related. South Africa’s SARS-CoV-2 genome sequence has six differences to the original genome from Wuhan and scientists can now see, using phylogenetics, that it is likely that South Africa’s SARS-CoV-2 came from Europe or North America, where there are very similar sequences. By constructing the family tree, scientists track the origins of an outbreak and develop a better sense of what the pandemic looks like overall.

When talking about differences in the sequence, otherwise called mutations, it is important to note that this does not mean there are different strains of the virus.

“Differences seen in the collection on GISAID are minor, less than 100 bases across the whole 29 kilobase genome,” explained Van Huesden. “There have been some more dramatic differences noted, such as deletions in parts of the genome, but these mostly seem to be related to culturing the virus in cells.”

Remember, SARS-CoV-2 is a single RNA strand made up of 29,000 base letters. Three of these letters at a time make up a single amino acid and a group (or chain) of amino acids make a protein. But different combinations of these three letters does not mean a different amino acid will be produced. By way of example, if you have two parts of red paint and one part yellow and mix them together you will get the colour orange — no matter in what order you mix them.

For South Africa’s SARS-CoV-2 genome there were only two instances in which different amino acids (or paint colours) were produced (this is called non-synonymous), but they showed no significant difference to protein structure — in other words, how the virus affects our bodies.

Taking all this into consideration, with the data available, Van Heusden said scientists were confident there were no other strains of SARS-CoV-2 about.

Can sequencing be used to help create a vaccine?

Van Heusden said Moderna, the first company to do a human clinical trial to protect against SARS-CoV-2, was using a new approach to making a vaccine.

“Normally what you do is use a weakened or killed version of the virus, or just bits, so actual virus. What Moderna is doing is actually making their vaccine [so that it] would actually inject RNA into a cell which will be made into [a new kind of] protein, which will then [cause] an immune response. It won’t be like an active virus, it’s just part of the virus that will be made by the vaccine.”

This is called an mRNA vaccine. Van Heusden noted that while sequencing is invaluable information for vaccine research and production, the primary use is to assist in tracing the virus and mapping the pandemic as a whole. He added that the sequencing of South Africa’s SARS-CoV-2 virus could help the government to improve contact tracing and testing. DM