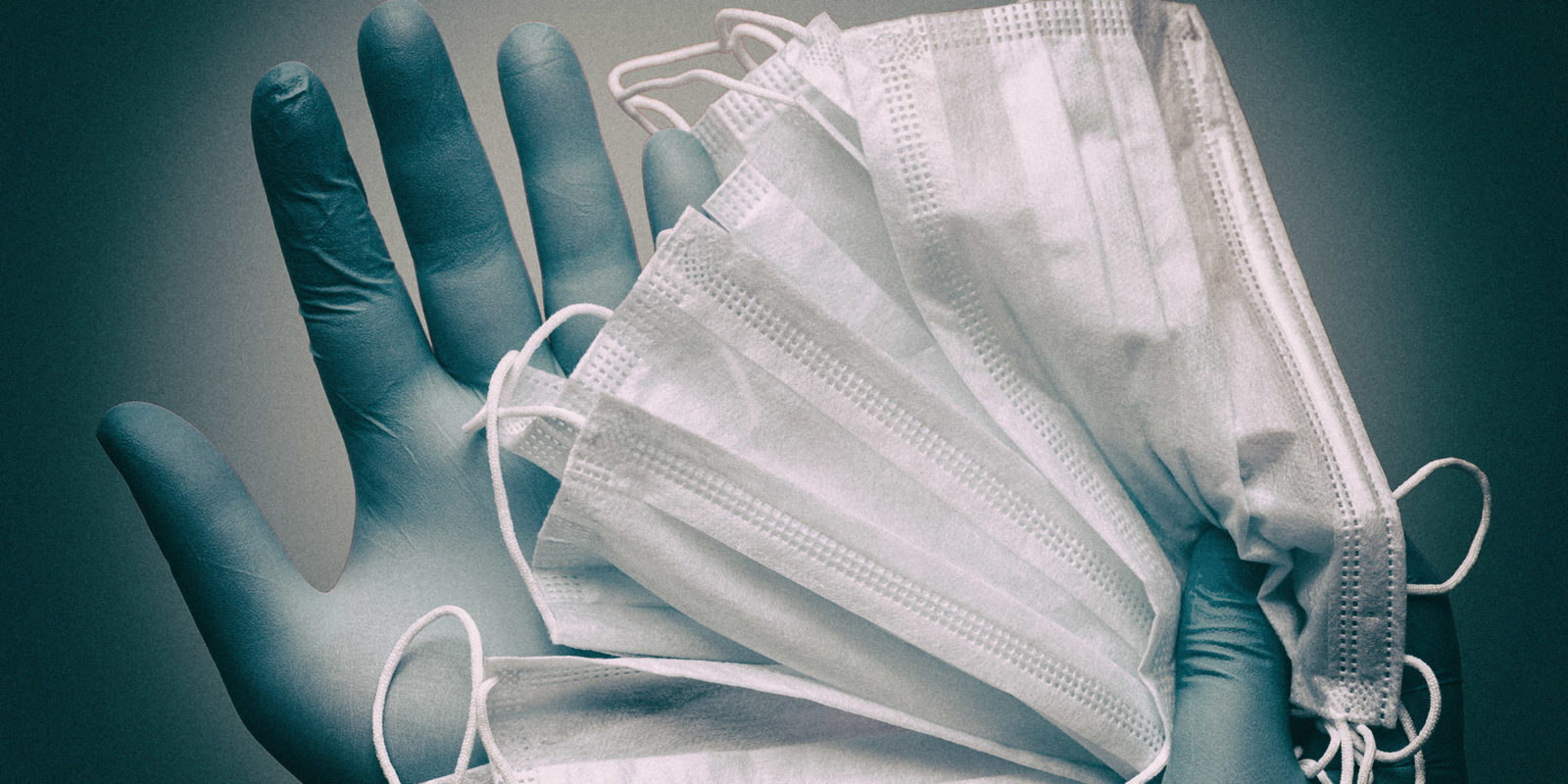 We have perhaps a unique opportunity in this time of turmoil and standstill to open ourselves to the possibility of an ongoing personal transformation, as a necessary step towards transformation of group and global values centred less on ourselves and more on the planet and humankind in general, says the writer. (Photo: Pixabay / Hank Williams)

The pandemic has given us a unique opportunity to open ourselves to the possibility of personal transformation as a step towards creating values which are focused more on the planet and humankind in general.

The coronavirus pandemic is a devastating global disaster and a defining moment for our species. We don’t know where it will end and our hearts ache at the unimaginable, and growing, scale of the suffering, especially among poor communities. We might have foreseen it, though.

Scientists had been warning us that global epidemics like swine flu, MERS, Zika and Ebola (in the last decade) would continue to happen more often and more seriously, and that it would be a matter of time before a virus mutated into something particularly well suited to a human pandemic.

This is a wake-up call like no other – one that has caught our attention in a way that the climate crisis has never succeeded in doing. It has also starkly exposed the malign roots that it shares with the climate emergency; our unsustainable and unjust economic system based on untrammelled industrialisation and an insane obsession with GDP growth in the face of finite planetary resources.

To ram that point home, the slowing of the economy during the shutdown has already shown beneficial environmental effects. Cities can again see blue sky and people are breathing cleaner air. Quantitatively speaking, reduced pollution in China had prevented an estimated 77,000 deaths by the time 3,100 people had died of Covid-19 there. If we can maintain appropriate components of these responses after the current viral threat has passed, it would help protect us from future viral pandemics, and from climate change.

Yet, the economic dominos seem very wobbly, if not having already started falling, further complicating the interdependent cascading impacts of climate, biodiversity, food and water crises. The virus has brought us to a transformative moment in the history of our species, and our planet.

So, if this is such a moment, what do we do?

A cycle of life

Transformation is part of a universal cycle of loss and creative renewal. Think of caterpillars and butterflies, the life cycles of stars, summer/winter, day/night, grief, personal renewal, learning, all good stories. The conceptual model of this process in ecological and social-economic systems is called the adaptive cycle. Such social-economic systems include economic empires, and the three previous capitalist empires (based in Genoa, Holland and England) all seem to have followed the four-stage cycle; i.e. i) creative innovation, ii) consolidation, iii) ossification and iv) eventual dissolution to make room for transformative innovation and renewed creativity.

It is looking increasingly likely that we are at the “release” phase of the fourth (New York-based) capitalist empire, as ossified hegemonies have struggled to adapt to new challenges, including Covid-19.

This is a very scary prospect indeed, but the longer any collapse is fudged, the greater the eventual pain and damage will be. And the longer and more painful the recovery.

The crucial good news is that the reorganisation phase of the cycle, after the falling apart, is a critically important time for action, when seemingly small forces can drastically influence the development of the next cycle. This period could offer a chance to create a flourishing future for humanity and the living Earth.

Further good news is that our predicament is very complex. Not complicated in the sense of being very intricate yet essentially understandable, but complex in the sense that the system includes “something more than the sum of the parts” that is beyond our full understanding. And which we can’t control.

We need to relax

As we are not in control, we must trust the universe and find the flow. Amid the uncertainty and apparent randomness, life is self-organising. We don’t fully understand how starlings can fly in such stunning formations, but a computer simulation suggests that birds flock mainly by following three simple rules; i) give your local flockmates space; ii) steer in the same direction as local flockmates; and iii) move towards the centre of mass of local flockmates.

Humans are able to do something similar. When a tornado hit St Peter, Minnesota, in 1998, the humans responded effectively without worrying about disaster management protocols, and without explicit organisation. Subsequent focus groups unravelled how they’d done it. They had implicitly followed four simple principles; i) pay attention; ii) know who is best prepared and do what they say; iii) put safety first; and iv) share resources. We are natural collaborators. Plus it seems that altruism is a distinguishing characteristic of our species.

The current crisis has brought out that collaboration and the caring of ordinary people across the world. A stunning rebuke of the dominant individualistic, competitive dogma that has unwittingly engineered the pandemic. And a source of hope. What would happen if this spirit of collaboration and service persists into the phase of transformative innovation and renewed creativity that usually follow in the cycle?

Once in the flow, we could perhaps harness opportunities presented by “emergence”. An analogy might help here. Waves emerge from the interaction of the wind, the length of time the wave has travelled and the depth of the water. And a surfer can harness a wave’s energy for a ride. Provided of course that she is in the water and watching for the right wave.

Another feature of complexity is that even our very small actions can have impacts that we can hardly imagine (and grand exploits can disappear without trace). Ed Lamond, a founder of complexity science, spent years trying to understand why tiny changes in data could produce drastic differences in his computer’s weather predictions. He didn’t succeed in doing so and concluded instead that in complex systems like the weather, there is something more than the sum of the parts. When presenting his findings to fellow scientists, he posed a famous rhetorical question: “Does the flap of a butterfly’s wings in Brazil set off a tornado in Texas?”.

Is any good coming out of this crisis? Matt Mellen has noted a range of immediate benefits that have followed the responses so far to the pandemic, including a demonstration that a less industrial future is feasible, with reduced pollution and potential lifestyle changes that can improve our well-being. The shift away from precarious long-distance disease-spreading supply chains could also result in healthier and more resilient local economies and communities, and eliminate the health hazards and atrocities of factory farming and the wildlife trade.

The collective response has also fostered creative ways of working remotely that are time-saving, low carbon and more effective. Also, given that the pandemic is a painful dress rehearsal for what lies ahead with respect to climate change, many of us have time in this moment for personal reflection on our own longer-term responses.

What will it take?

It seems clear that the solutions won’t come from governments or other institutions. It must be bottom-up and inside-out, starting with us. We’ll need courage, of course. Joseph Campbell described a monomyth underlying all stories across cultures and millennia, and that follows the adaptive cycle. He called it the “Hero’s Journey”.

Relationships will be central and, perhaps most important of all, will require a massive shift in communal perspective/consciousness centred less on ourselves and ethnic allegiances, and more on all humankind and our planet. There has been talk for some time of a Great Turning or a Great Transition to such values, and there could be stirrings in that direction. As we struggle to find answers to novel, mind-boggling problems, there is a new fluidity in ideas. What was recently unthinkable is now on the table. Like US Republican Senators supporting a Democratic presidential hopeful’s proposal of a $1,000 monthly “Freedom Dividend” for every US citizen.

There has been another sea change, largely unnoticed. Science and faith are affirming each other. Modern physics and complexity theory (among others) have revolutionised our understanding of reality, how we see ourselves and our place in the universe.

We are no longer at the centre of the universe but part of a previously undreamt-of web of relationships. We unavoidably belong to each other and to everything else. A “meta-religious” perspective is emerging as a nexus of science, inspiration and sustainability; beyond fundamentalist allegiance to scientific positivism or the literal wording of sacred texts.

George Ellis, a cosmologist and long-time friend and collaborator of Stephen Hawking, suggests that “deep ethics” involving “letting go of one’s own interest on behalf of others, being ready if necessary to sacrifice one’s own interest for them, even on behalf of an enemy” is a principle “deeply embedded in the universe, both in ethics and other aspects of our lives, and will thus be discovered by deeply moral beings in the vicinity of Alpha Centauri or the Andromeda Galaxy, should they exist, just as it has been discovered by all the major religions here on Earth”.

We have perhaps a unique opportunity in this time of turmoil and standstill to open ourselves to the possibility of an ongoing personal transformation, as a necessary step towards transformation of group and global values centred less on ourselves and more on the planet and humankind in general.

George Swingler is Emeritus Professor of Paediatrics and Child Health, University of Cape Town. He writes in his personal capacity.