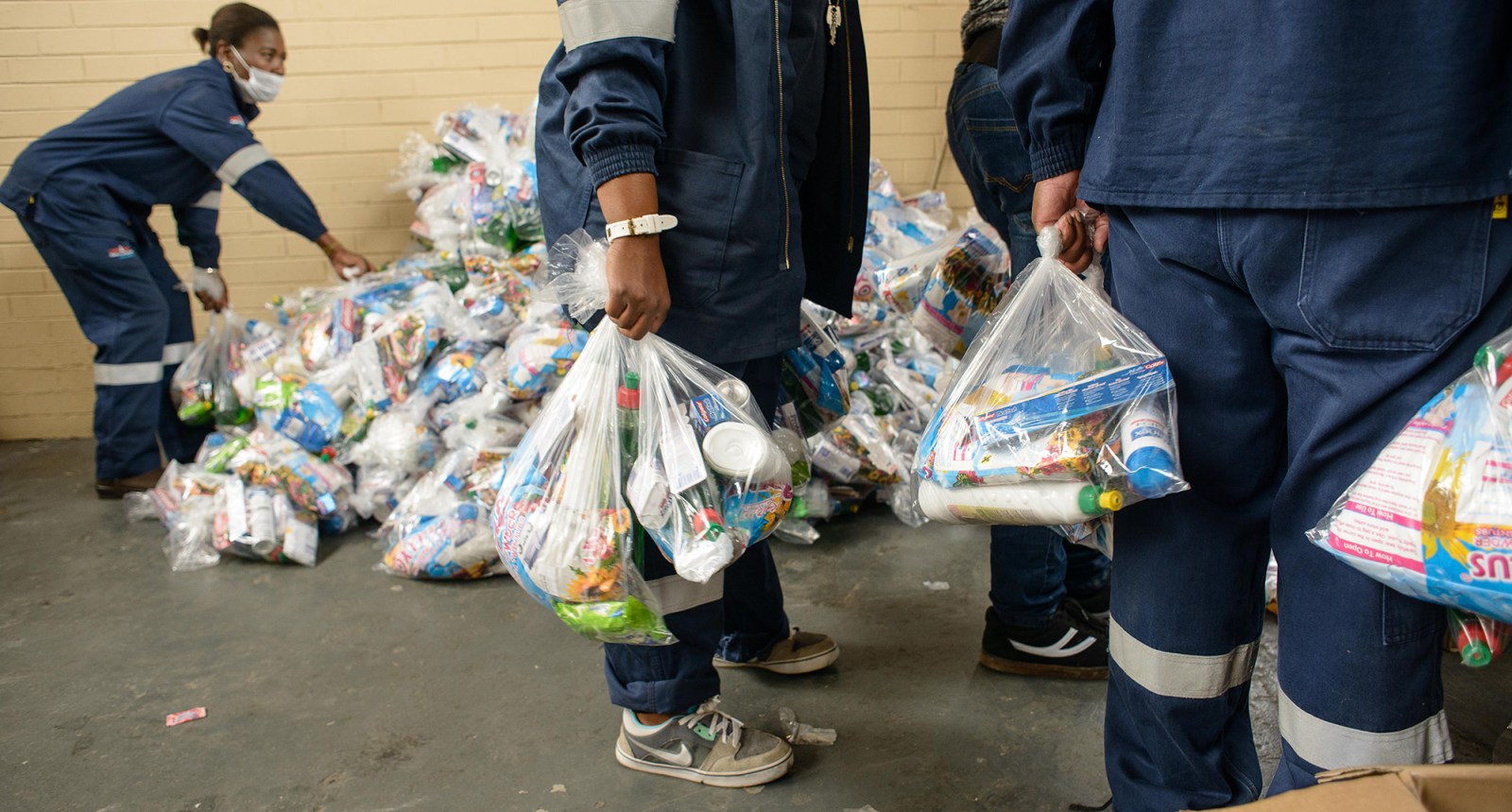 People in poorer communities everywhere are getting increasingly desperate for food aid. In Nelson Mandela Bay, councillors and community leaders say they are worried about what will happen if scores of families fail to receive food relief promised by the South African Social Security Agency or the Department of Social Development. In a single township, close to 3,000 families have applied for food relief from the department – but, says a city councillor, there’s just not the budget for that.

With province-wide unemployment at 39.5% and more and more people losing their income during the lockdown, communities are getting increasingly desperate over the lack of food supplies in the Eastern Cape. Many councillors are now saying that there simply will not be enough for all who need.

The province currently has the highest unemployment rate in the country.

In March 2020 President Cyril Ramaphosa declared the outbreak of coronavirus infections in the country to be a national disaster and declared a 21-day lockdown in an attempt to curb the spread of the disease. Only essential workers are allowed to work.

SASSA spokesperson Luzuko Qina said the outbreak of the coronavirus infections in the country is an extraordinary global crisis which has necessitated drastic steps by governments to protect the lives of their citizens.

Qina said people with no income whatsoever, plus those who live at home and are existing clients of community nutrition development centres (soup kitchens), will receive food parcels. SASSA will screen all applicants to “identify those most in need of assistance.”

“The forms have to be completed by a SASSA official during a telephonic interview so that we are able to screen applicants and ensure that the limited assistance is provided to those who need it most,” Qina added.

Glenda Brunette, founder of the Walmer Angel Project, an organisation that works in Port Elizabeth’s Walmer township, said they have been overwhelmed by requests for food.

“In one request, 2,800 families applied for food aid but we know there is only budget for 72 parcels. We got another 50 food parcels from the Women’s Catholic League, which we are handing out. We are still making food for distribution in the community but our money is running out. We are cooking five days a week now.”

She shared one of many text messages she is receiving where people are pleading for food from everywhere in the metro.

“I am living with my brother and my sister and because of the lockdown I have not been able to work. I tint car windows to support us. We have no food to eat and we would appreciate any help anyone can provide.”

A Democratic Alliance councillor in Nelson Mandela Bay, Rayno Kayser, said the province received R45-million in aid from SASSA. This means each district would get R5.9-million for food parcels.

“This is woefully inadequate taking into consideration that Nelson Mandela Bay is the biggest metro in the province and has a population of 1.2 million people. He said the Democratic Alliance will be writing to the MEC for Social Development in the province, Siphokazi Mani-Lusithi to intervene.

He said SASSA was setting up the ward councillors, who were facilitating the process, for failure and accusations of being biased. “Not all who are deserving will receive this assistance,” he said.

Graaff-Reinet and Aberdeen councillor Eldridge Ruiters said criteria to qualify for the SASSA food aid parcels were clearly defined and easy to understand but the criteria for aid relief run by Social Development was not that clear.

“The way I understand it, these parcels are specifically for people who are not able to work to put food on their tables. We were given contact numbers to facilitate this process but they told us there was no budget for it.”

He said he then found out from the Joint Operations Centre in the Dr. Beyers Naude Municipality that there was a budget of R150,000 available, which meant each ward would receive 10 food parcels.

He said on Thursday morning 10 food parcels arrived for distribution but these were for people who applied for aid before the lockdown.

“Our area has a 65% unemployment rate. About 70% of people receive SASSA grants. There are a lot of people staying in one house to share their resources. A third of our households have a combined income of less than R1,000 a month and 30% less than R2,000 a month.

A community leader in Port Elizabeth’s Northern Areas, Gary van Niekerk, said they have had no feedback yet on the food parcels. “I can tell you now that the numbers of parcels will not be enough. It is a disaster waiting to happen.”

AJ Pokwana, who works for the Vusizwe Development Foundation in Ngcobo, said they are also trying to make food parcels for needy families. “We managed to find some food for 10 families but that is not enough. There are more families who need food. We would be glad if there is anybody who can help us.”

“I am part of about seven WhatsApp groups from Port Elizabeth to Libode and Cala. All people are talking about is food. We are in limbo. We don’t know what is happening. It is all people can talk about. They can’t get through on any of the numbers,” he said.

Eastern Cape Department of Social Development spokesperson, Gcobani Muswana, said they will try to help as many families as they can. “We don’t want people to be scared. We have a system in place. We have been doing this even before the outbreak of Coronavirus. We are talking to several organisations that will help us,” he said. He added, however, that it was important to screen people.

“You know how South Africans are. They like getting food for free.” DM