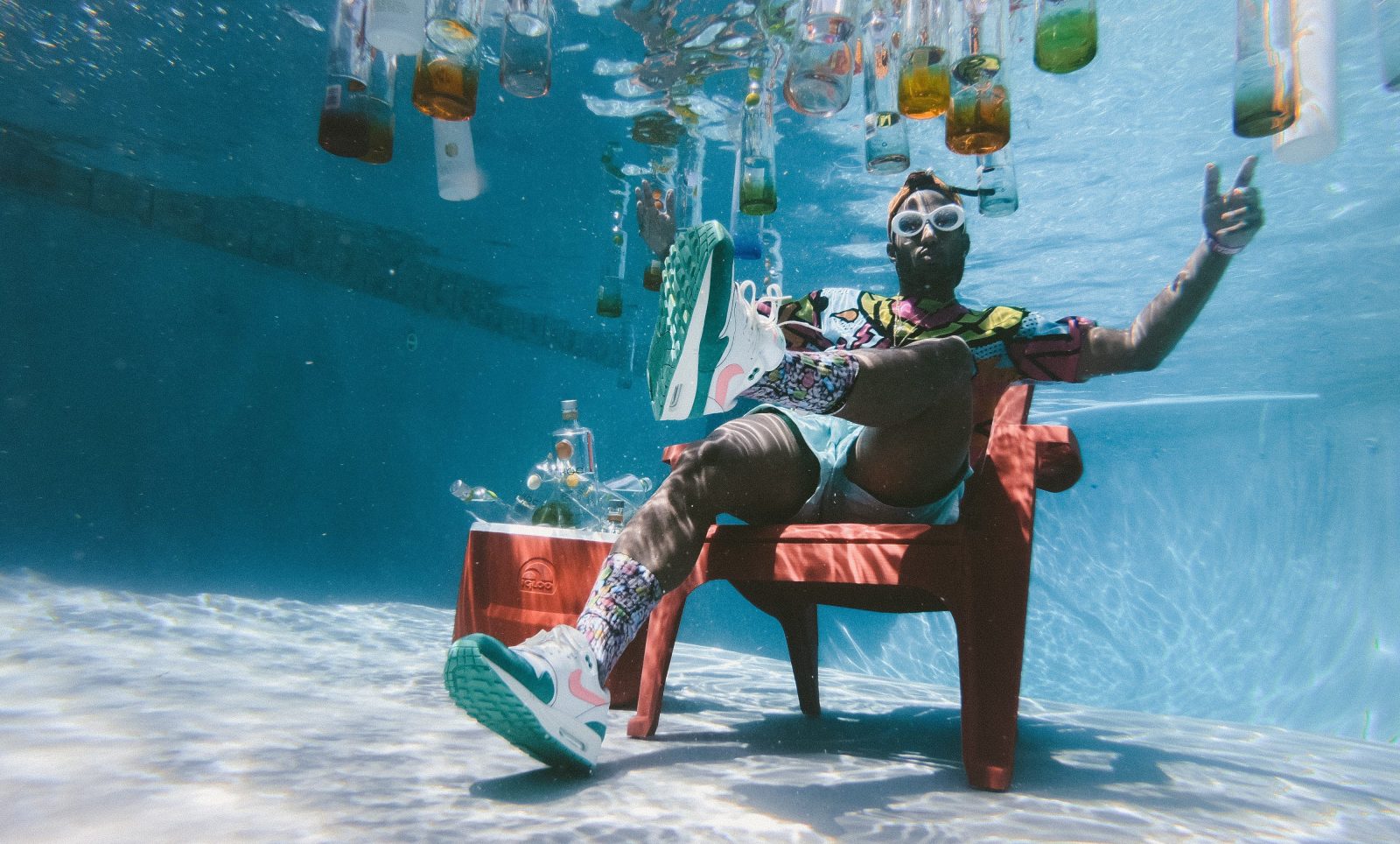 As culture goes virtual, there’s plenty of livestreamed and pre-recorded events to keep you entertained throughout the weekend.

For the party people

DStv Channel O’s Lockdown House Party shot to the #1 spot on Twitter’s trending topics when it launched on the first weekend of South Africa’s lockdown, as viewers jammed to some of the country’s top house and hip-hop deejays – albeit from the safety of their own homes. It’s back again this weekend, on Friday and Saturday, each episode six hours long. See this weekend’s deejay line-up here.

9 April would have kicked off the Splashy Fen music festival, normally held over four days. The performances were to be spread across six stages in the foothills of the Drakensberg. The organisers have postponed the live festival until September. However, from Thursday 9 April, they are launching Splashy Fen Lockdown Live, a three-day virtual festival. Expect three days of interactive streams (9am to 9pm) including yoga, fitness and cooking classes, live interviews with musicians and festival staff, plus 18 live musical performances across Facebook Live, Instagram Live & YouTube live, FREE of charge to everyone. See the line-up here, and watch on YouTube here.

Port Elizabeth-based collective Sip n chill ZA are also kicking off the weekend on Thursday 9 April with a four-hour set from 6pm to 10pm, featuring deejays Sean Munnick, Bena B, Apo & Clint L. They are well known in PE for their parties as well as the annual Beach Fest. Get a taste of their sound from this previously live streamed breakfast set. You can watch their Thursday evening set here.

We know what you didn’t do last weekend

One of the perks of online sets is that even if you miss the live stream, some will be uploaded so you can listen whenever it suits you. Queer Salon is a party series featuring deejays and live performances, typically held at Cape Town’s Raptor Room. The Queer Salon Sessions is a six-hour set first streamed on 25 March on A11 Radio. This first session is appropriately named ‘The Stay Home B***h Edition’. Listen and watch here.

If you want to know what a Zoom party looks like, check out this video of drag ball series, Le Grand Ball’s “Post-Apocalyptic Ball” held last weekend. If you don’t know much about drag balls, make some time this weekend to watch the critically acclaimed 1990 documentary on the New York ball scene, Paris is Burning. Sadly, Le Grand Ball had to close the Zoom party to the public and make it private due to online harassment. It goes without saying that if you’re going to jump into a Zoom party, don’t let physical distance be an excuse to harass others. Don’t be unkind, don’t be a troll, and don’t be a phobe.

Sessions for South Africa is branded as “a series of intimate music performances by SA’s top talent.” Kicking off the performances will be singer, actress and songwriter Zolani Mahola at 18h00 on Saturday 11 April. There’s a ticket price of R10 and the proceeds will go towards supporting musicians and the SA Solidarity Fund. Get your tickets here and you will be sent a link for streaming.

On the evening of Sunday 12 April, fans of famed Italian opera singer Andrea Bocelli are in for a treat. By invitation of the city and the Duomo cathedral of Milan, Bocelli will perform live from the cathedral, “representing a message of love, healing and hope to Italy and the world”.  Catch the performance here at 7pm on Sunday.

Since 6 April, hip-hop band The Roots have been streaming a series of podcasts and live sets by DJ Questlove on their YouTube channel. According to their schedule, the last set will be played on Thursday 10 April. See the schedule here, and visit their YouTube channel here to catch previous livestreams, as well as their upcoming stream.

80s heavy metal band Metallica have started streaming videos of previous concerts every Monday. Better yet, if you missed the livestreams, you can view them here on their YouTube channel.

To the movies we “go”

March was supposed to mark the nationwide cinema release of South African director Oliver Hermanus’s movie, Moffie. Read our review here. For obvious reasons, that is no longer possible. The filmmakers have made the movie available for home streaming. For R150, viewers get a 24-hour ticket to stream the movie at home. However, that is for one viewing from start to finish. Visit here to get your ticket, and make sure to read the guidelines and recommendations for optimal internet speeds.

I am the prize

For one night only, on Friday 10 April, you can catch the live online premiere of I Am The Prize, a British romantic comedy, for free, as well as a Q&A with the filmmakers. Register here to get the link.

Friday 10 April would have also marked the beginning of this year’s Coachella festival, which has now been postponed to October. However, YouTube Originals will offer its new documentary, Coachella: 20 Years in the Desert, to stream for free. Watch the trailer here and keep an eye on the channel for the premiere.

This weekend also marks the launch of the Cape Town Adventure Film Festival. Although organisers had to cancel the event, they’ve selected 14 films that would have screened this year and made them available for free online. There is also an option to buy a R55 ticket as a donation to help the organisers “maintain the future longevity of the festival”. The virtual festival will be available to watch on the CTAFF website from 12pm on 10 April until 12pm on 12 April.

While they are not as time bound since they are not livestreamed, art galleries, museums and art fairs around the world have been regularly uploading a wealth of fresh content to keep audiences engaged.

The Zeitz Museum of Contemporary Art Africa launched #MOCAAfromYourCouch, a series of Instagram posts, each focusing on a particular work of art.

The Norval Foundation launched #60secondArt, a series of 60 second videos on Instagram focused on art works and artists, with voiceovers from their curators. The first lot of posts are titled ‘60 second art for kids’ and are a great way to introduce kids to some of South Africa’s best known artists and art works.

The William Kentridge-backed Centre for The Less Good Idea has recently uploaded hours of video footage of performances that are part of their programme. Watch them here.

The Art Dubai fair which also had to be cancelled, has invited some of the performance artists who were supposed to feature to submit video of their performances, new and old. Watch them here.

The Stellenbosch Triennale kicked off on 11 February and was supposed to run through March until 30 April. They have now shifted their focus to posting video footage of exhibition walkabouts, where viewers are guided through various parts of the exhibitions. Watch them here on their Instagram page.

In case you’re wondering what some of South Africa’s art enthusiasts are listening to, check out  Artthrob “Music to Social Distance to” playlists, each curated by an individual artist, curator, or art writer. DM/ ML