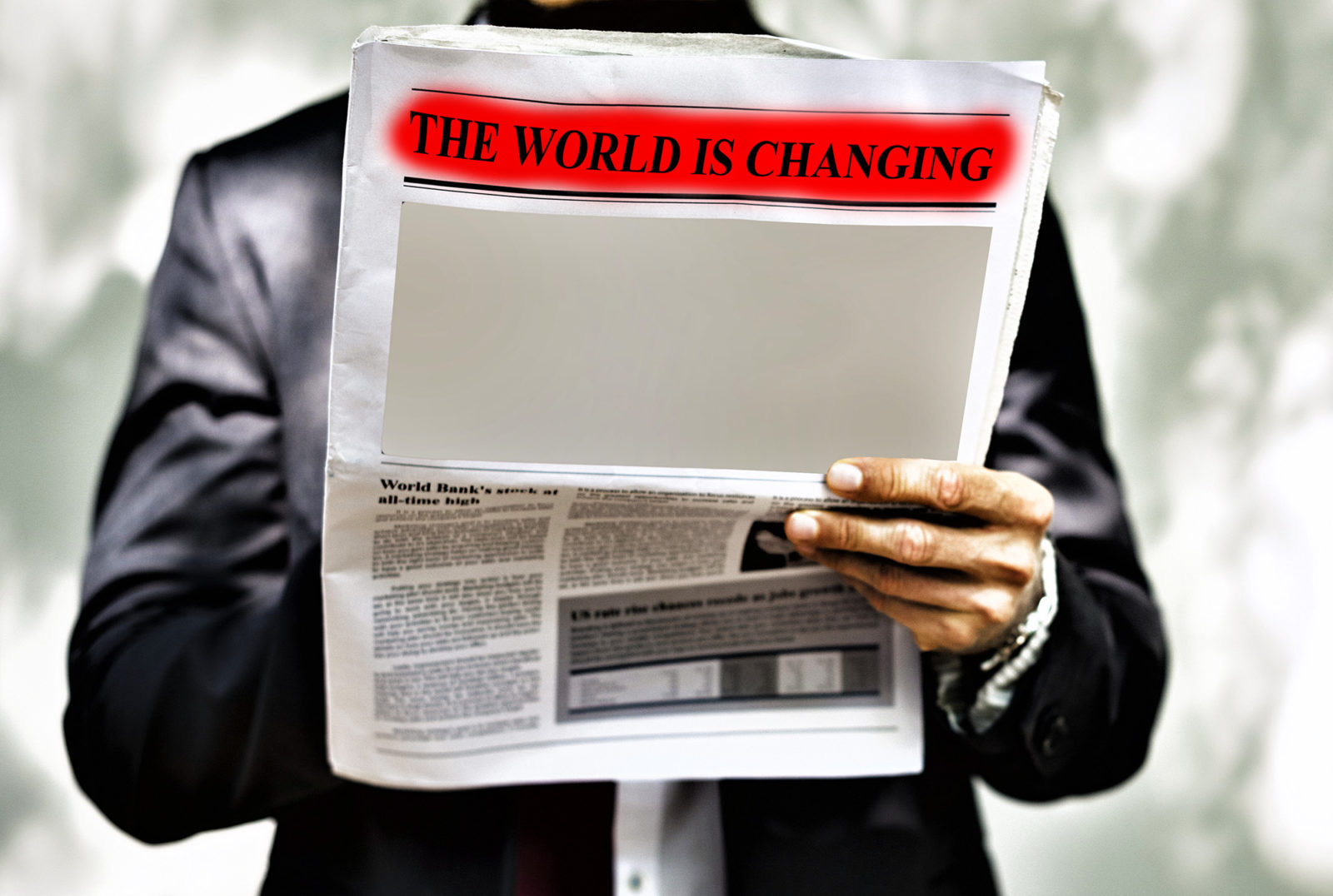 Photo by geralt via Pixabay

In a rescheduling update sent to our class, the programme director of CUNY’s Media Innovation and Leadership course posed this question to us: What is the lemonade in this scenario and what needs to change? Some things are already evident and some will take time to play out. These are my thoughts.

As half the planet reels from some form of quarantine or lockdown, the media industry is reeling. Again. It was arguably the first major sector ravaged by the internet, where the chickens for an entire industry came roosting home for just about everyone in the space of a decade. Some institutions were barely hanging on when this once-in-century pandemic launched itself upon us. While the biggest among us made progress on their digital transformation journeys, others toiled relentlessly against the impending doom – especially those in so many local media outlets around the world.

When we emerge from this and ponder how so many products, workflows and indeed, organisations look so different, we may be forgiven for thinking that Covid-19 changed just about everything. But look deeper, and I’ll bet we’ll see that revisions brought about by this crisis are really just accelerated change disguised as fundamental change. We’ll know this because so many things were already broken in our industry (and indeed capitalism itself) that most of us knew the status quo was no longer an option. We just didn’t want to believe it. Or do the hard work to change. When the healing is done, we may be grateful for the ripping off of the plaster that the pandemic will bring. These are the areas I expect will look a whole lot different.

For a long time, being registered as a non-profit meant operating in a way that involved little commercial thinking, existing on a high-carb diet of grant and donor funding. Conversely, for-profits existed for that reason alone, to enrich shareholder value above all else. The decade-long crisis preceding the pandemic was greying the lines in this space and many hybrid organisations were emerging. In reality, the way an organisation is financed shouldn’t influence its mission and values, but rather enable leaders and managers to best achieve it.

When Covid-19 is put back in its cage, many news media organisations will require bailouts and a simultaneous restructuring of their finances. Whether or not they exist to make a profit should make no difference to their mission, and the world, along with funders, will be more comfortable with that. Non-profits will be required to be commercially active, and for-profit publishers will revert to their founding missions. Expect to see more of these hybrid entities, funded in a variety of ways, breaking the expectation moulds from before.

One of the more pleasing outcomes of pandemic journalism was witnessing the shift to audience-centric journalism. For the first time, newsrooms were put into (roughly) the same circumstances as their readers. This made it easier to empathetically ask, “What would I want to know right now?” and, “How do I best serve our readers and community in this moment?”

In some cases, publishers reached out and asked at scale, listening to the needs of those in need. How can we turn our attention economy into for-good efforts that extend beyond informing? Can we use our plague-shunned advertising space to offer support? Even those organisations already involved in memberful activities saw a breakdown of resistance from stalwarts about how newsrooms can engage in healthy, relevant ways to improve on public service efforts. This deeper connection, understanding of our audiences and how they are no longer content to be passive consumers of media, will underpin the next phase of journalism’s evolution. And we’ll all be better for it.

As advertisers pulled ads from print, and blocked online content with any keywords coronavirus-related, many publishers were hit with a double-headed mallet. Many responded by halting printing of their physical editions, and others had no choice as public transport nodes and newsagents closed down. In a flash, the tide had gone out, and the naked were left trying to cover their bits. For publishing giants this gave an up-close and personal look at a digital-only existence a good 10 years earlier than expected. But thanks to the progress of their digital subscription business, these titans will do more than survive beyond the sentimental adieu of any print products. Others who failed to invest in that side will be, cap in hand, looking for life-saving ventilators that may be in short supply.

These bailed-out publishers (or whoever takes over their place in the media landscape) will be required, either by evolution or funding constitution, to embark on a diversified income stream strategy. For the past two years, Daily Maverick has aggressively employed a “3-2-6” strategy where three verticals (philanthropy, commercial, reader), each with two variants, offer six significant income streams. While it takes time for these to balance out to enjoy the full upside of revenue diversification, the approach has already helped propel the organisation into safer and more fruitful places.

When our president announced the national lockdown, a list of services were declared essential to continue operations as we rallied against this invisible invader. And just as industries were declared must-have, so too will processes, products and workflows be scrutinised in the news media operations that survive to publish another day. As individuals, we’re going through our own spot of introspection about what matters most and what brings no meaning or value that can be let go. Publishers will, in conjunction with their renewed or newly-acquired audience-centricity, be forced to assess which efforts align with the core mission and deliver value to readers.

This, of course, presumes knowing what that mission is in the first place. Those who don’t have a purpose, or exist only to make a profit, may be culled entirely.

It’s hard to contemplate innovation when the wolves are circling. But if innovation is supposedly part of an organisation’s culture and strategy to differentiate from the competition, surviving this meltdown will require new ways of thinking and doing. Many smaller publishers will be stripped down to “start-up” mode after this, which will require a deep focus on their proposition to readers and advertisers, if they are to ever regain their commercial and editorial relevance.

Data and technology will underpin much of this innovation, an area in which we’ve lagged behind other sectors despite the huge amounts of data we generate daily. Our thinking has been constrained by our lack of imagination and more importantly, lack of competition. For Nokia to have survived as long as The New York Times, it had to reinvent itself from paper mill to tyre, toilet paper and eventually telephone manufacturer. Our industry has been able to survive without large-scale innovation, but those times appear to be truly over.

It is up to the leaders of any organisation to make space for innovation to breathe and to allocate adequate resources and support. For leaders to have the confidence to do so, will require an operating system update of their knowledge base. News media execs have for too long lagged behind their commercial counterparts in keeping up with leadership skills training, and by extension, advances in innovation have suffered. When strategies are fundamentally sound, not even a crisis should derail them. But few publishers had solid innovation programmes in place and we should use this opportunity to carve the appropriate organisational structures to support it.

In this redesign and rebuild moment, we should not forget the backing needed to develop the people and leaders that make up our media fraternity. It is those investments that carry organisations through the kind of moments we’re experiencing right now.

As an industry, and indeed as a species, there’s no doubt we’re experiencing a massive trauma. While we’re grappling with this natural world-induced reset event, it’s hard to think long-term and contemplate anything beyond this moment. But we have to, even as fear and anxiety dominate. As we figure out what normal looks like again, pain can be our teacher – if we’re willing to learn the lessons. DM

Can crypto-currency compete with gold?