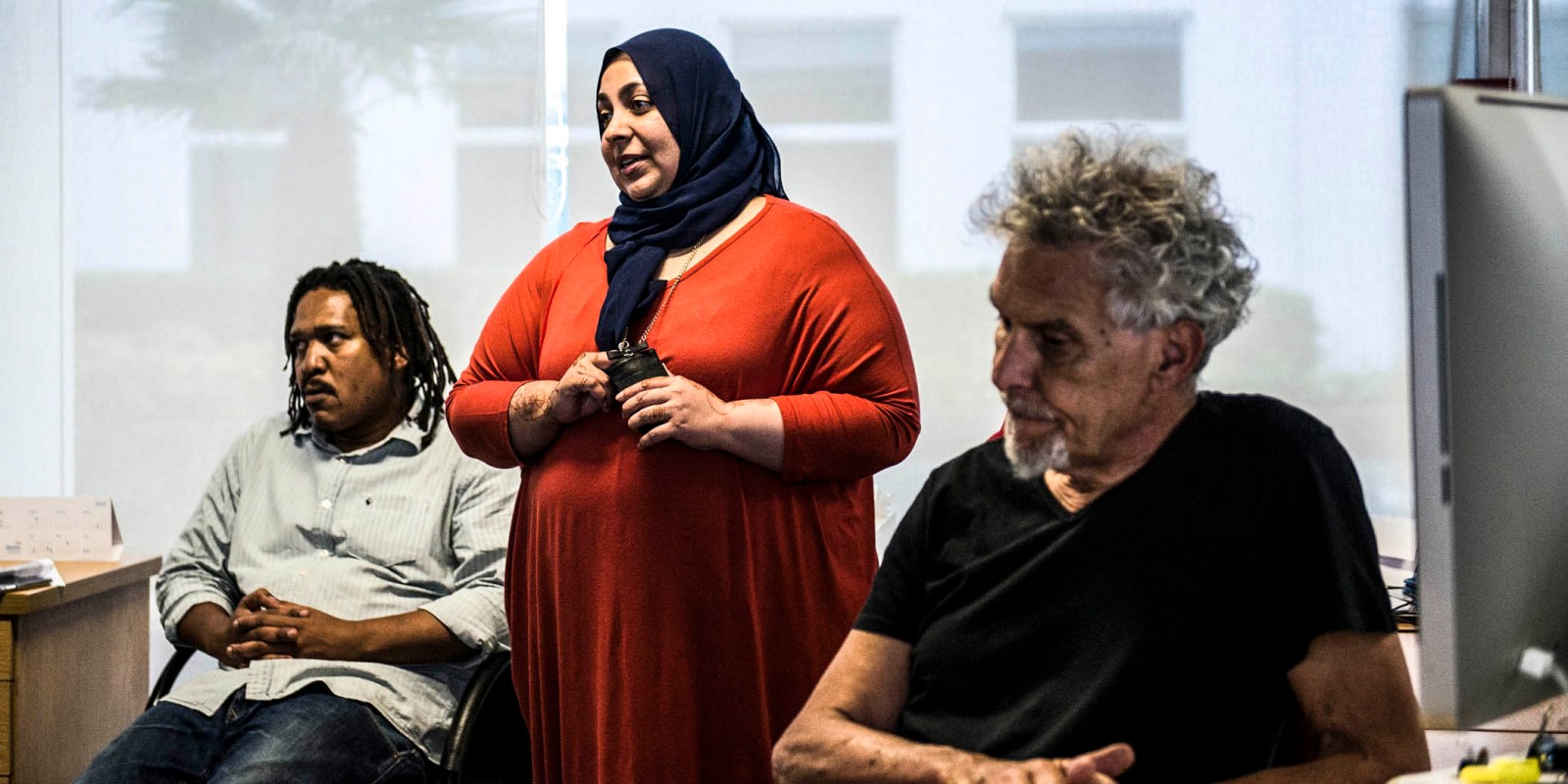 Khadija Patel, Editor-in-chief of the Mail&Guardian, on battling the economic fallout of the epidemic that is causing an unprecedented local and global crisis.

“March tends to be a bumper month,” says the trailblazing and radical editor of the Mail&Guardian Khadija Patel, about the economics of keeping an independent media title buoyant. At the beginning of March 2020, things were looking good for the 35-year-old title founded in 1985 as an up-yours against the establishment mass media which had been found morally wanting in its often-cosy relationship with the apartheid state.

“The sluggishness (from the difficult months of January and February) wears off. Clients have their ducks in a row and it’s a new financial year. There was a quiet positivity running through the organisation,” she says, her tone almost lighter at the memory of better days. Then the Coronavirus struck, winding its way from China and then Europe to Africa, where South Africa recorded its first positive test on 5 March.

The impact on the Mail&Guardian was almost immediate, says Patel. “From tracking up (in revenue), we were tracking significantly down.” Advertisers cancelled campaigns and events, which are responsible for 20% of the company’s revenue, dried up totally as physical distancing rules put the kibosh on South Africa’s thriving conference and events scene. It was that fast. It is a scary decline to watch in real-time.

CEO Hoosain Karjieker addressed the team, says Patel, and outlined three scenarios for the Mail&Guardian as it stared into the Covid-19 economic abyss that faces workers and businesses across the country.

All the scenarios meant cuts. On Friday, 27 March she issued a tweet.

“This has been a hard time for independent media around the world. Right now, the @mail&guardian faces a crisis. With advertising revenue going up in smoke and events cancelled, we may not be able to pay salaries next month. Please help us.”

It was a shocker and it drove home the rapid domino effect of Covid-19. In the same week, Edcon CEO Grant Pattison had broken down in a call with suppliers as he explained the retailer could not pay them and that it would barely be able to cover salaries as sales had dried up. Entire sectors are hitting the wall: aviation, retail and others are taking big strain. Car sales are down for March by 26%.

This week, the Employment and Labour minister Thulas Nxesi said the UIF hotlines were overwhelmed by people trying to claim special benefits – 7,000 workers had called in days of it being set up.

“The decision (to tweet the call) was hurried on us,” says Patel. With her team of journalists, she had been working out ways to get readers (especially of the online site) to pay for what they are consuming. It’s a conundrum for media the world over where only a few companies have made a success of it. The New Yorker this week showed how the Covid-19 pandemic is driving free media to the wall and the Yorkshire Post issued a call similar to Patel’s to its readers this week.

“We believe that if readers know the value of the role of news media, they will play a more active role in supporting us,” said Patel, who has won a reputation as a pre-eminent media freedom spokesperson.

Near her office is a 1988 poster of the first Weekly Mail (the Mail&Guardian’s original name) when then editors Anton Harber and Irwin Manoim ran a campaign called Save the Wail. Then Minister of Home Affairs Stoffel Botha threatened to ban the title and on its cover, the paper ran the clarion call “DON’T LET US GO QUIETLY,” they asked readers. “Carry on reading us. Carry on subscribing. Make a fuss.”

Thirty-two years later, Patel made a fuss. And it worked. “I had calculated we needed 7,000 to 8,000 digital subscribers at R100/month. That was my signpost for the year. That is what I had been working toward.” What happened next gave Patel and her team a boost. “I was overwhelmed by the response,” she says. “I certainly did not expect the response we got. I became teary by the level of support from just my tweet.

“Branko (Daily Maverick editor-in-chief) called and said he was republishing. We have a good rivalry with the DM (Daily Maverick) and I told my team ‘you have to like the Daily Maverick now’. All of a sudden there were hundreds of people subscribing. That told me so much of what the M&G stands for.”

Patel is teary as we speak. These are hard days for all leaders and she’s taking strain.

“On top of the fear and anxiety we fear for ourselves and families.” Running an independent media title is a labour of love these days, but in what the World Health Organisation calls an ‘infodemic’ (a misinformation epidemic), the quality news media is a trusted source. Readership is up across titles as people become information literate and look for the rational and fact-based information upon which they can construct safety for themselves and their families.

Yet Professor Glenda Daniels of the Media Studies department at Wits University has found that newsrooms have been decimated and that newsroom sizes are down by half over the decade she measured recently. Staff have not had increases and the pressure to take scissors to already tough budgets is common.

“We (she and her team) thought surely this is a ‘Save the Wail’ moment,” and it was. The Mail&Guardian is not out of the woods – almost no enterprise is, as South Africa was hit this week by the double whammy of the virus hard-brake on growth and a final descent into full sub-investment grade (junk status). What should happen in the long term, I ask her.

“The other day I saw even government advertising coming through Google. Big business and government have a responsibility to journalism as a public good,” says Patel, who is also the deputy president of the International Press Institute.

“Businesses who claim a social imperative ought to make more conscious decisions about how their digital advertising is distributed.” Most online advertising is routed through Google, Facebook and other social media platforms decimating media around the world.

The good news is the Mail&Guardian is out of the soup for now because of the success of Patel’s wail.

“The subscriptions base has grown by 30%; it’s significant and it will enhance our ABC (circulation numbers on which advertising sales are made). We have been inundated with offers to support. South Africa enjoys a healthy press freedom and South Africans want to see organisations like the Mail&Guardian survive,” says Karjieker. DM

And if you are not one, do become a Daily Maverick Insider here.