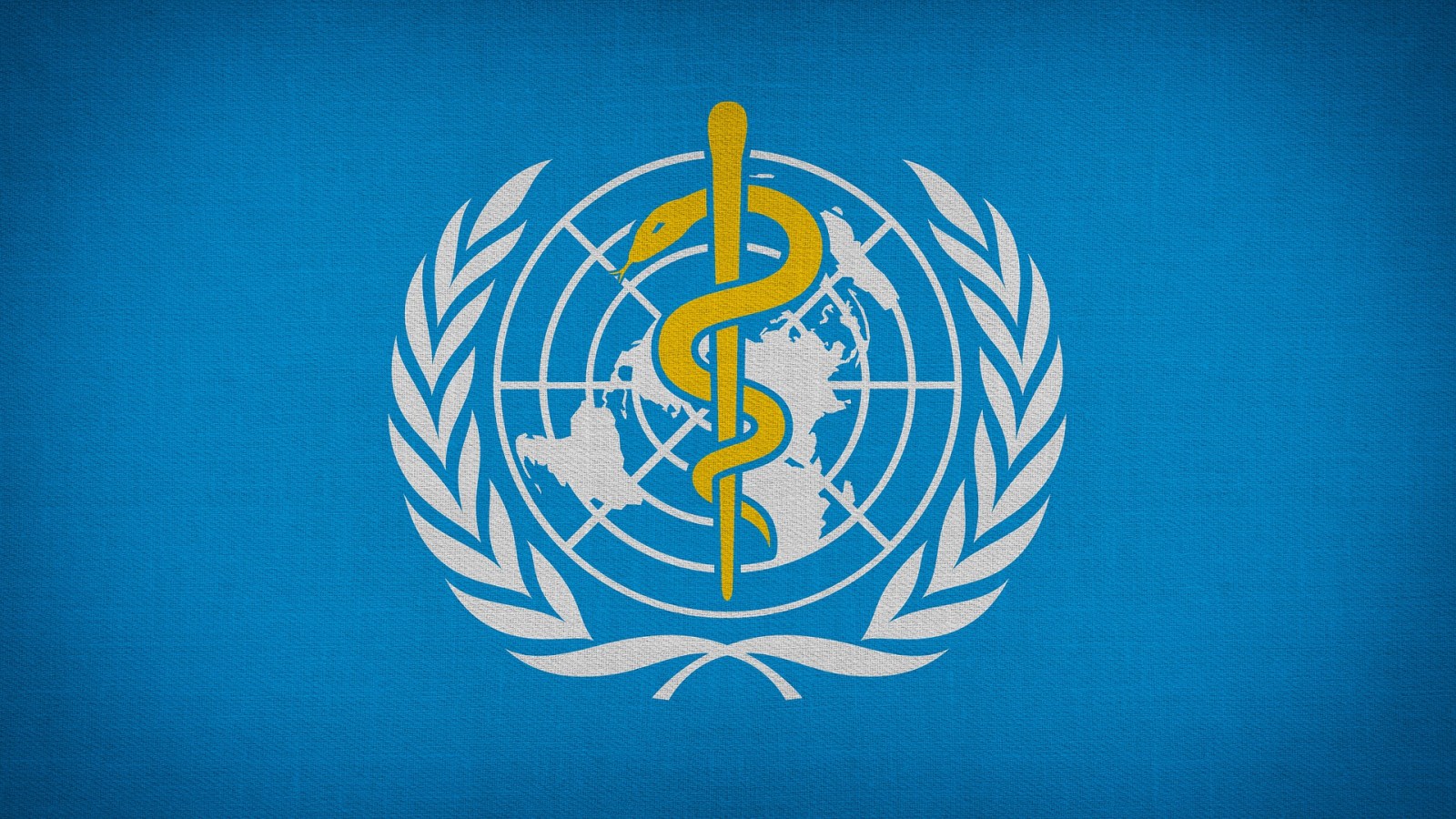 Image of the World Health Organisation logo by Miguel Á. Padriñán from Pixabay

South African researchers are poised to start enrolling patients in an international clinical trial launched by the World Health Organisation which will compare the safety and effectiveness of four different drugs or drug combinations against Covid-19.

Enrolment of Covid-19 positive patients at 14 hospitals countrywide begins in the next two weeks and is being coordinated by Wits University researchers, Professors Helen Rees and Jeremy Nel.

Rees, who is the Executive Director of the Wits Reproductive Health and HIV Institute, told Spotlight that South Africa is more than up to the task ahead. We are “unique” as the country has “extraordinary experience” with HIV and TB trials. “We have done large trials with communities, we have followed up large numbers of people and we have managed to ensure participants stay in the trials.”

With total global infections soaring to over 800,000, speed is critical to finding evidence-based treatments for Covid-19. More than 45 countries are contributing to the trial which will dramatically cut the time needed to generate robust evidence on what drugs work, according to WHO director-general Tedros Adhanom Ghebreyesus. Another 70 countries have expressed interest in the trial, said Rees.

South Africa was one of 10 countries: Argentina, Bahrain, Canada, France, Iran, Norway, Spain, Switzerland and Thailand, which early on confirmed their participation in the trial named Solidarity.

There is no strong evidence that any Covid-19 treatment is effective. This is why a large, well designed clinical trial is so important at this juncture. Tedros has called on individuals and countries in the meantime to stop using therapeutics that have not been demonstrated to be effective in the treatment of Covid-19.

The South African Solidarity research team is led by senior academics and clinicians from eight medical schools. The leading hospitals are:

The study protocol is currently being reviewed by the South African Health Products Regulatory Authority (SAHPRA) and local ethics committees.

How the study will work

The rolling study design is pragmatic. “It has simple criteria, does not have 100s of bells and whistles and there are not a lot of tests to be done,” Rees said.

A principal investigator in each of the 14 hospitals will determine whether patients with a confirmed case of Covid-19 is eligible (only patients 18 years or older and in hospital or recently admitted to hospital will be considered). The patient’s data is then entered into a WHO website, including any underlying condition that could change the course of the disease, such as diabetes or HIV infection.

After the physician states which drugs are available at his or her hospital, the trial randomisation centre at the WHO will then inform the doctor as to which of five treatment groups the patient is randomly allocated; one of the four treatment arms or the usual standard of care for Covid-19 in the country.

A WHO global data and safety monitoring committee will monitor safety results and treatment outcomes, and make recommendations about when results are sufficiently conclusive to be communicated, as well as whether changes to the trial are needed.

Rees said the design of the Solidarity trial can change at any time. “The WHO global monitoring committee will look at interim results at regular intervals and decide whether any member of the quartet has a clear effect, or whether one can be dropped because it clearly does not.”

Each trial participant has to sign an informed consent form that is scanned and sent to WHO electronically. Rees said the consent forms, only three pages, is simple, translated into all local languages, and the patients would sign it themselves.

“After that, no more measurements or documentation are required,” according to Ana Maria Henao Restrepo, a medical officer at WHO’s Department of Immunisation Vaccines and Biologicals.

Physicians will record the day the patient left the hospital or died, the duration of the hospital stay, and whether the patient required oxygen or ventilation, said Henao Restrepo. “That’s all.” This information will allow WHO and partners to determine which treatments reduce mortality, affect time spent in hospital and lower the need for ventilation or intensive care.

The design is not double-blind, the gold standard in medical research, so there could be placebo effects from patients knowing they received a candidate drug. But, Henao Restrepo says, WHO has to balance scientific rigour against speed.

Remdesivir was tested in 2019 during the Ebola outbreak in the Democratic Republic of Congo. In 2017 researchers at the University of North Carolina, Chapel Hill, showed in test tube and animal studies that the drug can inhibit the coronaviruses that cause SARS and MERS.

According to a case report in The New England Journal of Medicine, the first Covid-19 patient diagnosed in the United States in Washington State was given remdesivir when his condition worsened. He improved the next day. A Californian patient – who had not been expected not to survive – who received remdesivir also recovered.

However, evidence from individual cases doesn’t prove a drug is safe and effective, which is why the WHO initiated the Solidarity Trial. The drug is both potent and expensive. Rees said that in the South African setting, we are constantly looking for cheaper products and if Remdesivir is proven effective for Covid-19, we would look for cost effective alternatives.

Chloroquine and hydroxychloroquine are very closely related, and are used to treat malaria and rheumatology conditions respectively. Controversially, the duo of drugs became household names after United States President Donald Trump called them a “game changer” for Covid-19, against the better judgment of his expert health advisers.

The WHO scientific panel designing the Solidarity trial had originally decided to leave the duo out of the trial, but changed tack, because the drugs’ widespread interest prompted “the need to examine emerging evidence to inform a decision on its potential role”.

More than 20 Covid-19 studies in China used chloroquine or hydroxychloroquine, but the data from these studies has yet to be shared with WHO. There has also been a study in France with promising results, but the study was very small and not many conclusions can be drawn from it.

The combination drug ritonavir/lopinavir, commonly sold under the brand name Kaletra, was approved in the United States in 2000 to treat HIV infections and is being used in South Africa for treatment of HIV in some people. It has also shown efficacy in marmosets infected with the MERS virus, and has also been tested in SARS and MERS patients, though results from those trials are ambiguous.

Although the drug is generally safe, US commentators have said it may interact with drugs usually given to severely ill patients, and doctors have warned it could cause significant liver damage.

Solidarity will also have an arm that combines lopinavir/ ritonavir and interferon-beta, a molecule involved in regulating inflammation in the body. Interferon-beta is used to treat multiple sclerosis. A combination of the three drugs is now being tested in MERS patients in Saudi Arabia in the first randomised controlled trial for that disease. The results have not yet been published.

Henao Restrepo said the WHO is also hoping to do a prevention trial to test drugs that might protect healthcare workers from infection using the same basic protocol as the Solidarity trial.

Doing rigorous clinical research during an outbreak is always a challenge, Henao Restrepo said, but it is the best way to make headway against the virus: “It will be important to get answers quickly, to try to find out what works and what doesn’t work. We think that randomised evidence is the best way to do that.” MC

Spotlight editor Marcus Low previously wrote about why the Solidarity trial is exactly the kind of trial that is needed to identify the best Covid-19 treatment.