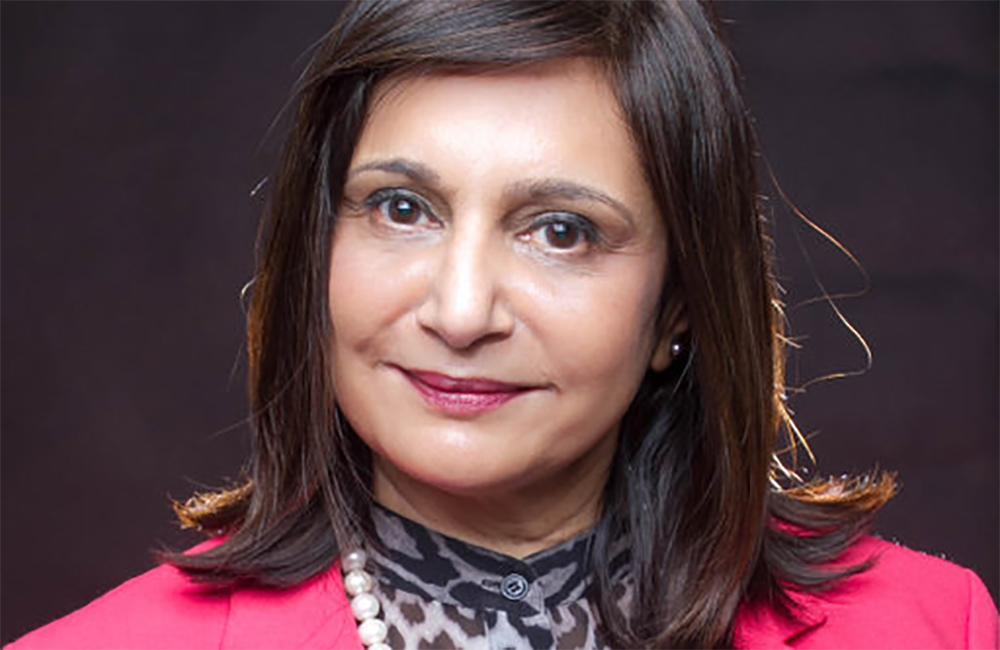 Professor Gita Ramjee, who recently returned from a trip to London, had been admitted to hospital with pneumonia. She was Chief Scientific Officer at the Aurum Institute and former chief specialist scientist and director of the South African Medical Research Council’s (SAMRC) HIV Prevention Research Unit.  She died in an Umhlanga hospital on Tuesday from Covid-19 related complications.

Professor Glenda Gray, president and CEO of the SAMRC, informed staff in an email of Ramjee’s “tragic passing” due to “Covid-19 related complications”.

Contacted last night, Gray said “We are still reeling. What to say?”

The Aurum Institute said it was deeply saddened by the death of Ramjee whom they described as a “world-renowned scientist, who worked tirelessly to find HIV prevention solutions for women”.

“The world has lost a bold and compassionate leader in the response to HIV,” said Professor Gavin Churchyard, Group CEO of the Aurum Institute. “Gita Ramjee firmly believed in health as a fundamental human right. Her ground-breaking research in HIV prevention contributed to the global response to HIV and AIDS. Our thoughts during this difficult time are with her family, colleagues and the many people her life and work touched,” he added.

Many also expressed their sadness and paid their respects on social media.

UNAIDS Executive Director Winnie Byanyima: “Deeply saddened at the news of the passing of Gita Ramjee. An eminent scientist who dedicated her life to #HIV prevention for women & girls in #Africa & #EndingAIDS. A huge loss at a time when the world needs her most. My condolences to her family, friends & colleagues at @MRCza

Meg Doherty, Director, Global HIV, Hepatitis, STI Programmes at World Health Organisation: “WHO and all the HIV department sends its deepest condolences to Prof Gita Ramjee’s family and all of S Africa. This is a terrible loss. In solidarity.”

Professor Salim Abdool-Karim, Director of the Centre for the AIDS Programme of Research in Africa (Caprisa): Professor Gita Ramjee’s passing is an immense loss and has left an indelible void in HIV research and treatment, particularly on the African continent. On behalf of @CAPRISAOfficial I extend our heartfelt condolences to her family.

Ramjee, recognised as a world-class scientist, spent her life focused on finding HIV prevention methods, which were conducive to the lifestyles, circumstances and perceived risk factors that South African women face. While at the SAMRC, Ramjee’s KwaZulu-Natal based team was also at the forefront of attempts to find an effective HIV vaccine.

Ramjee was a critical player in the field of HIV prevention clinical trials and was acknowledged internationally for her expertise in the field of microbicide research, including a Lifetime Achievement Award for HIV Prevention. In 2018, she was honoured with the “Outstanding Female Scientist” Award by the European Development Clinical Trials Partnerships (EDCTP) for her life’s work that has focused on finding new HIV prevention methods.

Ramjee has published more than 200 research articles. She was a reviewer and editor of several scientific journals and a member of several local and international committees and advisory groups including the Academy of Science of South Africa (ASSAf) and the South African National AIDS Council (SANAC).

“The Aurum Institute and the global HIV research community will mourn Gita Ramjee’s passing and celebrate the huge contribution to the response to HIV she made in her life,” said Churchyard.

Ramjee had been involved in the clinical trials of microbicides for over a decade. She collaborated with all the major sponsors involved in HIV prevention research, including UNAIDS, Population Council, the Bill and Melinda Gates Foundation, and the Wellcome Trust. MC