A traveller’s tale: Parking off in Kruger 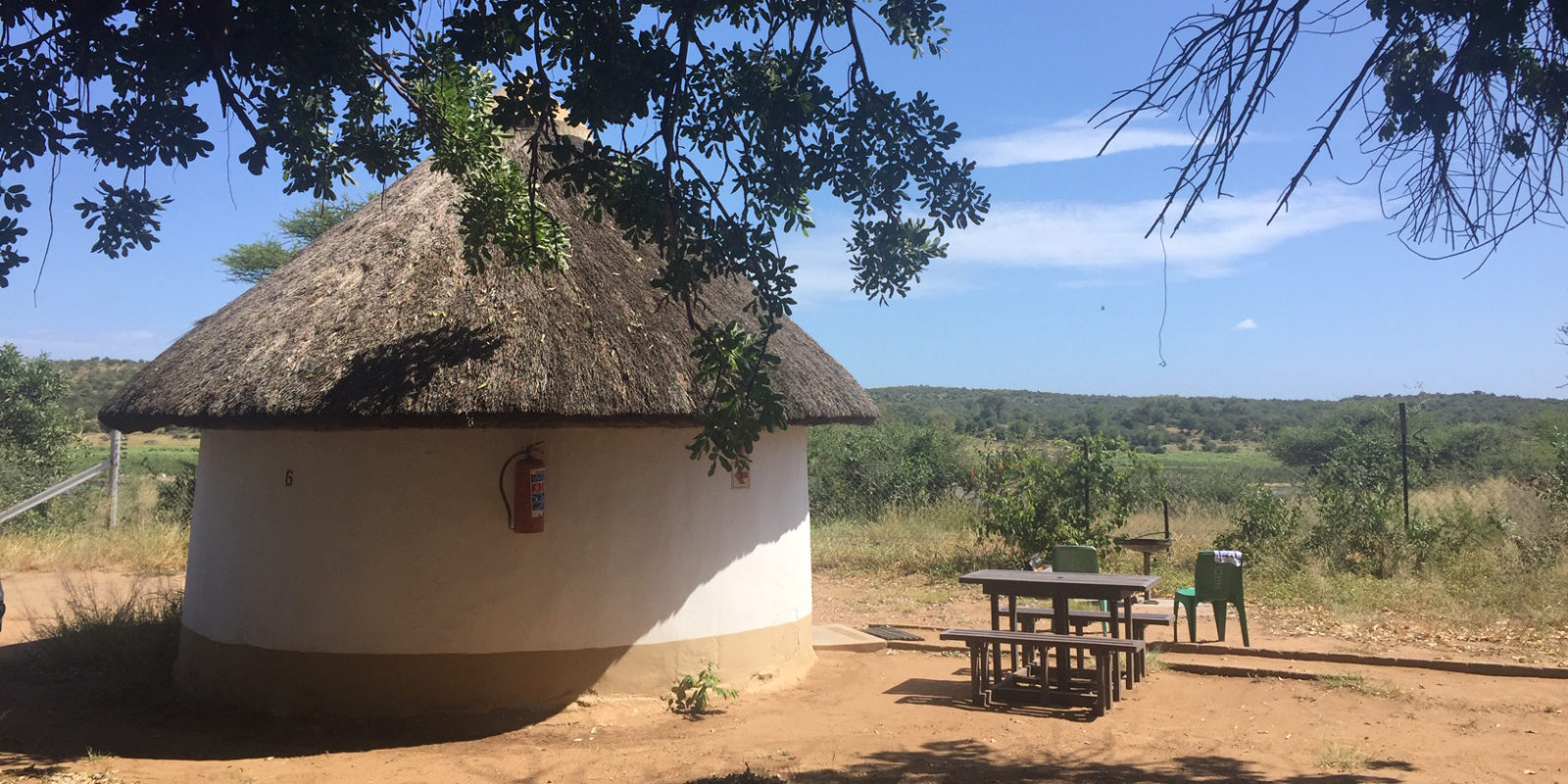 We were in a freewheeling holiday frame of mind and life felt remarkably good. Covid-19 was steadily in our vision, but it was still more peripheral than front and centre.

It’s been more than two weeks since we arrived in the Kruger National Park, unaware in those initial few days of just how much the world had changed. And how exponentially it would shift.

For our first 48 hours we had zero internet/phone connectivity. We were in a bubble of leopard kill and lion sightings, elephant herd dynamics and vervet monkey guard duty. Of course we knew about Covid-19 and that there were double-digit figures in South Africa, but we had no idea how things had escalated.

The gate guard at Orpen and us had shared a laugh at his comment: “No corona in your boot?” The receptionist and I waggled elbows at each other as we checked in.

But when, days later, our phones finally started buzzing, it was to exclamations in varying degrees of intensity.

A State of Disaster had been declared. My visiting Australian nephew’s contract job was put on hold. Everyone we knew was now working from home. Our mothers in retirement homes couldn’t receive visitors. Travel plans were on hold/postponed/cancelled. And on and on and on.

Before our reception-free state of bliss we had traversed the country starting from Cape Town three days prior, through the cosmos-strewn eastern Free State to humid White River, looking in at small towns and villages along the way, checking for hand-sanitiser (none of course), and marvelling at the unfolding beauty of our country and the friendliness of our people. We jokingly bumped elbows with those in the service-hospitality industry and tucked into Karoo lamb, Clarens craft beer and Mpumalanga mangos.

We were in a free-wheeling holiday frame of mind and life felt remarkably good. Covid-19 was steadily in our vision, but it was still more peripheral than front and centre.

With intermittent internet/phone access en route and then nothing for those first few days in the KNP we were spared the 24/7 deluge of information. It was only two days after the first presidential statement that we heard about it.

“You are in the best place — much turmoil and madness here,” messaged one friend about to say goodbye to eight visitors who had cancelled their Kruger Park trip as Australia recalled its citizens.

“It’s been a bloodbath here — all bookings cancelled,” said another in the Franschhoek hospitality industry.

And so it went. Our phones were flooded with video clips, memes, GIFs, website links — few of which we could or wanted to download as social media went into coronavirus overdrive.

Until Monday we had had no access for 10 days to TV or radio. When we could check in online, with limited download capacity, we actively felt stress levels rise.

Everyone, without fail, told us to stay where we were, that it was the “best place to be”. And it truly felt like it. Our contact with anyone else was minimal. We were in our own little rondavel, cooked our own food, trundled about on game drives in our own car, occasionally ventured into the camp shop. When we did we used the hand sanitiser provided at the till as we entered, before we paid and as we exited.

At Balule, a small camp with six huts and adjacent campsite there was no shop. But in the three days we were there there was a shift. The gate guard and general chap in charge appeared one morning with a face mask.

“The people aren’t coming,” he said. “This disease is keeping them away. I’m worried because they say the shops are empty and maybe we can’t buy food.”

On our first day in KNP, three days earlier, we had seen many private lodge safari vehicles, packed with foreign tourists on game drives. And then there were none. There was not a tour group in sight and the roads were quiet — fantastic for us, terrible for business, and hopefully good for cauterising corona-spread.

The last foreign accent we heard was from a UK traveller, peppering the still Bushveld night with mobile calls to his travel agent, desperately trying to source flights home as his family’s had been cancelled.

The very popular Olifants Camp was unfamiliarly empty — it probably had an uptick with the start of school holidays, but there was only a handful of people there when we stopped by.

The Letaba restaurant with prime riverside viewing had four occupied tables — there were more staff than clients and they were feeling the pinch. We shifted seats away from a coughing elderly man: “Positive move!” said someone loudly and a bit meanly but correctly, I guess.

But yet, with school holidays, people were still coming. The campsite, while not full, certainly had people living at close quarters. The swimming pool was busy with visitors cooling off. A luxury guesthouse came alive with three carloads of families arriving for the weekend.

Some staffers were not happy, saying they didn’t feel safe with the constant exposure to travellers, and that the park should be closed. Shop staff now stood at the entrance, masked, gloved and sanitiser in hand.

My nephew saw out his six-day stay at Kruger, resisting Sydney-side pressure to cut it short.

“Why?” he said. “It seems like the safest place in the world right now.” He was actively not wanting to leave these wide-open spaces and deal with airport check-ins, long-haul flights, the heaving Doha turnaround hub, the Sydney transit and the pending self-isolation.

We had hoped to stay on ourselves. We pondered whether we should be heading to Pretoria to have a through-the-gate visit to my 94-year-old mother-in-law. Would my husband’s cousin want us to stay as originally planned? And what about our slow meandering trip back to Cape Town to where my daughter and boyfriend were housesitting?

Were we cocooned or was every bench, bridge rail, bird hide surface or countertop a corona snare? Was it better to stay there or move on home, through busier places and spaces?

We felt extraordinarily privileged to be right there, right then, to be witness to the mating, the grazing, the noisiness, the sleeping, stalking and silence, that is the normalcy of nature while the world madly spins. On Sunday morning we actively held our breath: but only because we were watching a baby hippo emerge from the water and eyeball a massive crocodile a metre away. Maybe the predator blinked, but within a few squealing seconds the hippo was back in the water, surrounded by his protectors. And then nothing, but the slow movement of the day stretching and yawning.

As I sat there, writing much of this article, there was not a sound apart from two fish eagles, calling each other with that most evocative of bushveld duets. It was midday and it was hot. It felt like we should stay in “our” rondavel as long as we could, away from busier spaces.

But in the end our decision was made for us. The president had spoken and we were to return home. We left at dawn, through Phalaborwa, onwards past Polokwane, and down the N1 to Pretoria. We visited my mom-in-law, a poignant visit with my husband standing on a ladder outside her window where the retirement home had cut some of the hedge back so they could at least see each other. Our journey continued the next day with thousands of others on the N1, heading north and south, with one common mission: to be where we needed to before the Thursday midnight deadline. Truckers, taxis, buses, private vehicles, and heart-breakingly, the hitchhikers, thumbs out, bags packed, with no guarantee they could get to their destination.

We moved through small towns and villages, the day before #lockdown, with people staggering from food stalls and Shoprites with bags of potatoes and maize meal. We blinked at glinting corrugated shacks in harsh midday Karoo light and wondered how one hunkers down in them for 21 days, let alone wash your hands every hour?

Our guesthouse owner in Colesberg said farmers had poured into town to stock up for their workers. Every petrol station shop had hand sanitiser at the door and at the tills across the length of the nation we have travelled. I have never seen this land look so lovely: folding hills of the Free State, water-marked Northern Cape, lush Mpumalanga. We were so blessed to be travelling in the cocooned comfort of our own car, with provisions picked up from farm stalls outside Tzaneen and supermarkets in Pretoria and Van Morrison to keep us company.

My wistful wish now, on Day One Lockdown, is that the world could be like that little hippo from Sunday morning: it recognised the danger and made the best decision possible for its circumstances.

May that Covid-19 curve soon flatten out to resemble the horizon that lay before us then: golden and unmoving. DM