Battleground Gauteng: Epicentre of the pandemic 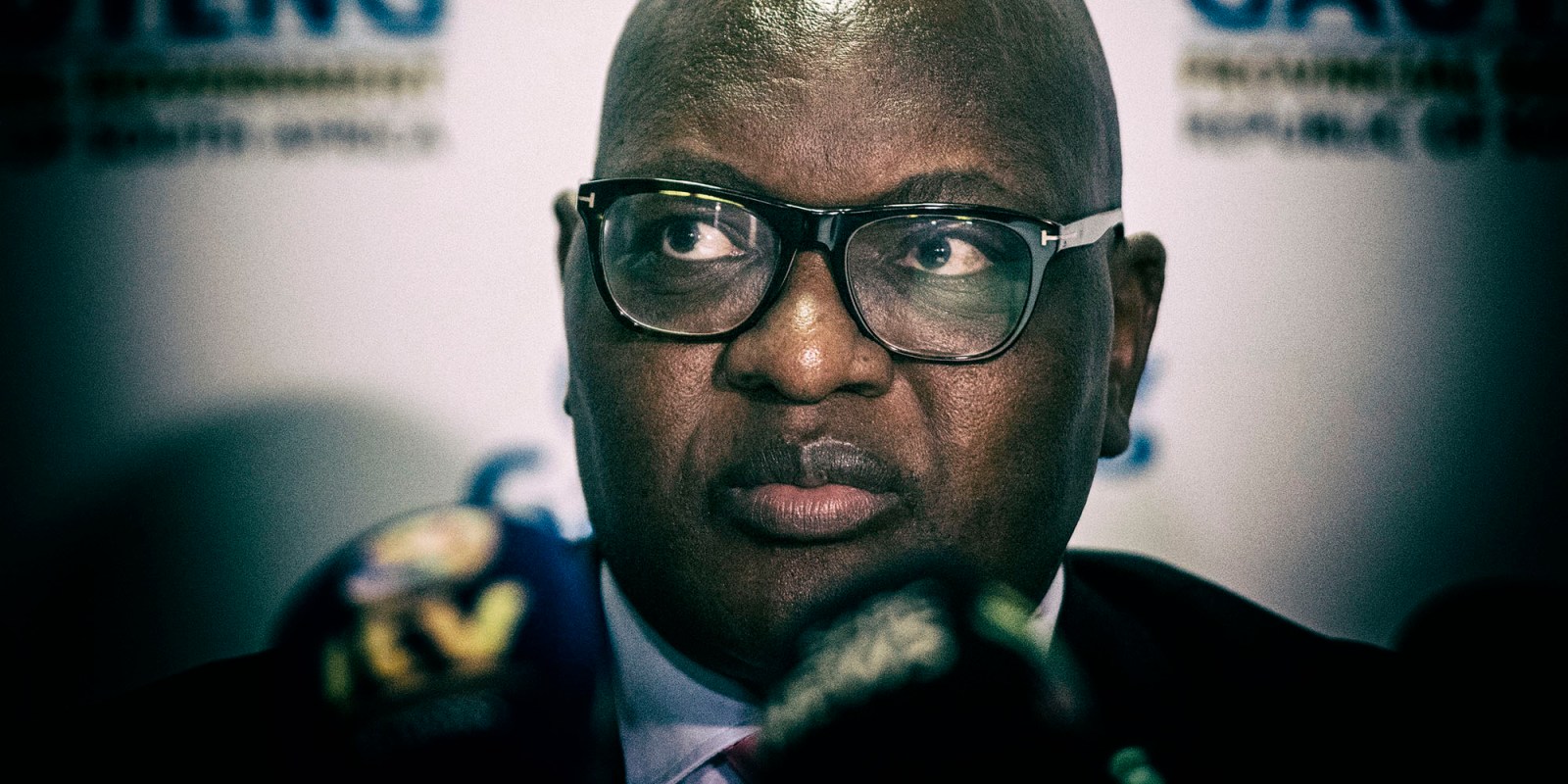 Viruses spread faster in densely populated urban areas and, in a nation defined by inequality, the poor are most at risk. Gauteng, South Africa’s smallest yet most populous province, is the epicentre in the country’s Covid-19 battle and Premier David Makhura is ready to take ‘extraordinary measures’ to limit the virus’s impact.

“Wars and refugee camps and urban overcrowding give the worst flu strains a huge evolutionary advantage,” wrote Malcolm Gladwell in his 1997 feature on the Spanish flu.

South Africa isn’t at war and doesn’t have refugee camps, but the risk of Covid-19 spreading to densely populated urban areas and informal settlements has been a key factor in the government’s decision to impose a nationwide lockdown.

Cabinet members have stressed the point during briefings throughout the week: the majority of Covid-19 cases have come from people who have travelled abroad, but if local transmissions start to spread in overpopulated urban areas, informal settlements, on the taxis and trains, contacts will be difficult to trace and the rate of infections could overwhelm the health system.

Nowhere is this more relevant than in Gauteng.

As of Wednesday morning, Gauteng had 366 confirmed cases of Covid-19 out of the country’s total of 709.

“Gauteng is the most vulnerable province as a result of a number of factors,” Gauteng Premier David Makhura said on Wednesday, describing the province as the “epicentre” of the outbreak.

People who have travelled abroad continue to make up the majority of confirmed Covid-19 cases in SA and Gauteng has two international airports, OR Tambo and Lanseria. Statistics South Africa’s 2019 mid-year population estimate put the province’s population at just over 15 million, over a quarter of the country.

Millions of people use taxis and trains in the province every day and, as the country’s economic hub, scores of people travel in and out of the province each day. The lockdown will attempt to stop such travel, except for essential services.

“We want to appeal to each and every resident of our province that in the next 21 days please stay in the province. Stay at home. Stay in your neighbourhood if you’re not part of the essential services,” said Gauteng Health MEC Dr Bandile Masuku.

Makhura, who was born in Limpopo, urged residents not to try to travel to their homes outside Gauteng during the lockdown. He said 44% of the province’s residents were born elsewhere.

“Even for those that are in the informal settlements, they are in this 18,000 square kilometres called Gauteng. If someone falls ill, if they are in Diepsloot or they are anywhere else, we will be able to ensure that they get the best available treatment here.”

While the Gauteng government, like those in all provinces, is working closely with the national government to plan a response to Covid-19, it’s also using data from the Gauteng City-Region Observatory (GCRO) and Council for Scientific and Industrial Research.

The GCIR, in a research brief published on 20 March 2020, analysed two categories of risk factors to better understand the potential localised spread of Covid-19 in the province.

The first looked at different communities’ ability to follow hygiene guidelines and practise social distancing, taking into account issues such as crowded living conditions, sharing of water and sanitation facilities, dependence on public healthcare and access to communication tools.

The second considered health and socio-economic factors that would increase vulnerability, both to the virus and its economic impact, such as poor health, existing chronic conditions and ability to access medical services.

Persistent patterns of wealth inequality and spatial apartheid largely dictate who is most at risk: people who live in townships, informal settlements and other peripheral areas with a lack of basic services and access to electronic communication.

“Poorer communities are likely to bear the brunt of the dire health and socio-economic consequences as Covid-19 spreads,” said the GCIR.

“In addition, with various shutdown measures already in place, they will be the most vulnerable to these dramatic changes in the patterns of social functioning, and the downturn in economic activity that will inevitably result.”

Masuku said the province was aiming to add 2,000 hospital beds for quarantine and isolation by Friday and as of Wednesday had added 600. The Gauteng government is trying to procure 10,000 Covid-19 test kits and train thousands of community healthcare workers as contact tracers.

Hospitals have set up tents outside their facilities to handle suspected Covid-19 patients so they don’t mix with other patients, said the health MEC.

The lockdown will make marginalised communities more vulnerable and Gauteng Education MEC Panyaza Lesufi said the province would target support towards four groups: the homeless, people in informal settlements, children who rely on school feeding programmes, and those who are sick at home.

Teams of government officials are going to areas with high levels of homelessness to convince those living on the streets to willingly move into school boarding houses during the lockdown, where they will be provided with food and clothing, said Lesufi.

Children who depend on school feeding schemes can go to those boarding houses for takeaway meals and dignity packs, including toiletries, sanitisers, masks and gloves. Community development workers who already work with people who are sick at home will deliver groceries to their doors. They will be provided with the necessary protective gear, said Lesufi.

Gauteng’s 235 food distribution centres, which provide to communities that are food-insecure, such as in informal settlements, will be strengthened.

Human Settlements, Water and Sanitation Minister Lindiwe Sisulu this week said the government would begin trying to de-densify informal settlements to prevent the spread of Covid-19. She didn’t elaborate on the plan, and the process of upgrading informal settlements across the country or relocating residents has been notoriously difficult.

“We don’t want to focus on just the present trends around the virus. We must also worry about if this was to get to its worst-case who would be most affected?” said Makhura.

He said the province must take “extraordinary measures” to protect the urban poor.

In February, Makhura finished his 2020 State of the Province Address by saying, “Let us get to work.”

The immediate priorities may have changed, but now is the time. DM