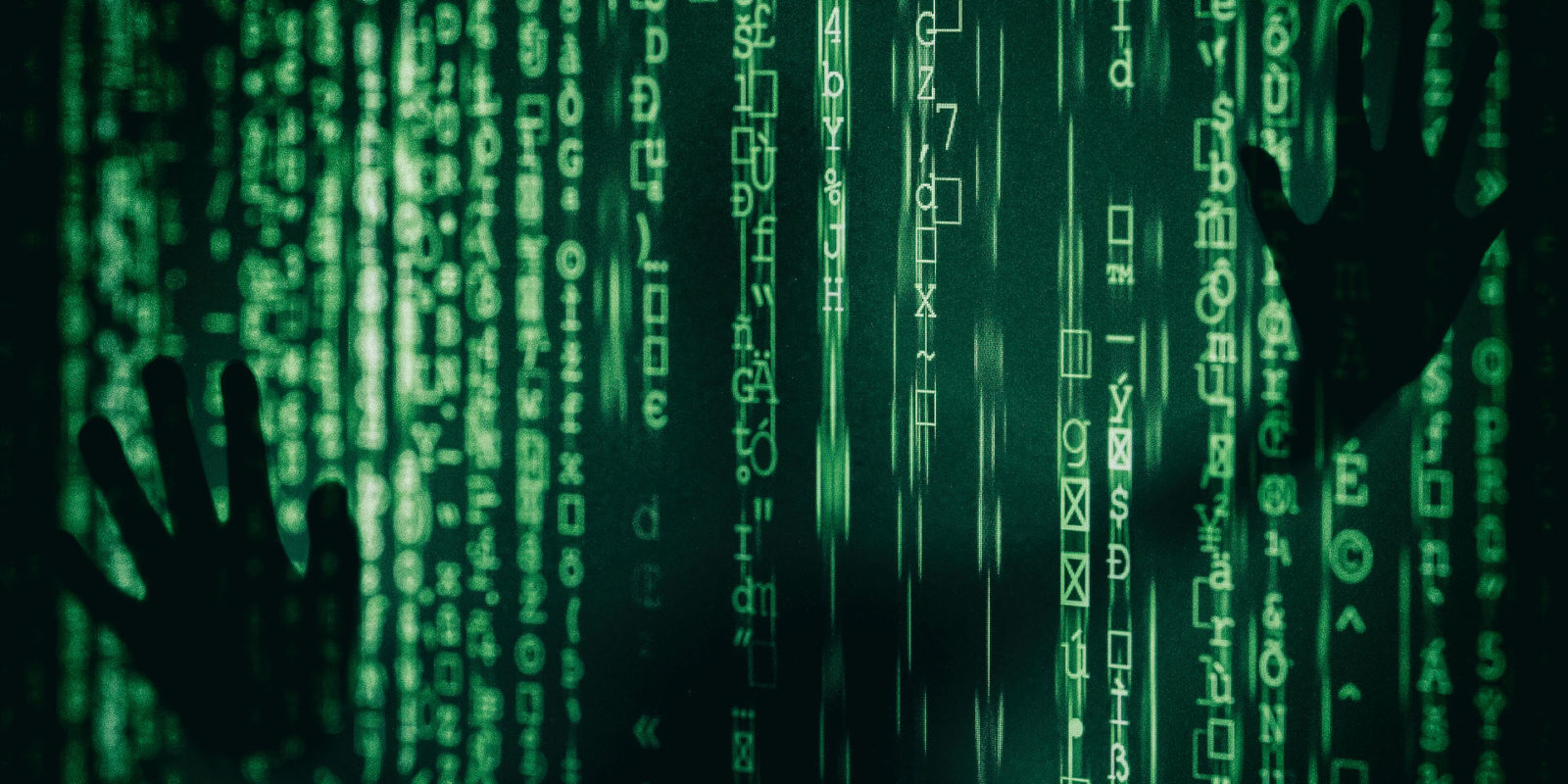 A team of researchers at Wits University have projected that one million South Africans could be infected over the next 40 days unless aggressive containment measures are in place.

Any doubts as to the severity of the Covid-19 pandemic were quelled when President Cyril Ramaphosa declared the National State of Disaster and then a full-scale lockdown.

Covid-19 arguably constitutes one of the biggest global health crises of the century. It is particularly dangerous because of its high rate of infectiousness and potential for mortality among vulnerable populations. Although deaths in other countries have mostly arisen among the elderly, South Africa should not be fooled – our mostly young population will not protect us when we have so many immune-compromised citizens. South Africa has the largest HIV epidemic in the world with an estimated 7.9 million people living with HIV in 2017.

A team of researchers at Wits University have projected that one million South Africans could be infected over the next 40 days unless aggressive containment measures are in place. If even 5% of that one million are immune-compromised and require hospitalisation (50,000 people), our health system would be completely overwhelmed – currently there are only about 3,000 critical care beds available for use across our public and private hospitals. The measures being touted by experts are therefore mainly aimed at “flattening the curve” – preventing the quick spread of the disease to alleviate pressure on the health system and distribute infections over a period of time.

Most of these measures relate to social distancing – the practice of limiting face-to-face interactions. They include using virtual meeting apps, online shopping for goods, and using digital payments rather than cash. While these digital alternatives are great, the reality is that they are only used by a minority of South Africans. In 2017, roughly half the country used the internet, and only a quarter of households have a computer. This is going to have a massive impact by determining who can social distance in three areas.

The first is the ability to work from home. Virtual meeting platforms like Skype, Zoom and Google Hangouts are becoming the norm for those of us lucky enough to work virtually. It means we can stay at home and not go to a workplace where we risk infecting our co-workers or becoming infected. But it requires a fast, stable and well-priced internet connection. Although South Africa now has near-universal mobile network coverage, the adjectives “fast”, “stable”, and “well-priced” often imply fixed-line connections like fibre. Only 2% of South African households have access to fibre connections, and this drops to 0.7% in rural areas.

If you rely on a mobile network connection to access the internet, as do most South Africans who use the internet, then working from home is even less viable. Mobile data costs in South Africa are high, not necessarily on average but particularly for low-income consumers who can only purchase data in small packages. The Competition Commission recently released a landmark market inquiry verifying that the price curve for mobile network operators – the change in per-MB cost from consuming data in small to large packages – is too steep.

In short, the cost of consuming mobile data for the poor is just too high to allow for significant internet usage. It’s not surprising then that South Africa’s internet usage is strongly correlated to income, educational attainment, and race. For those who cannot work from home, the only alternative is to go to work as usual, although this won’t be possible during the lockdown. 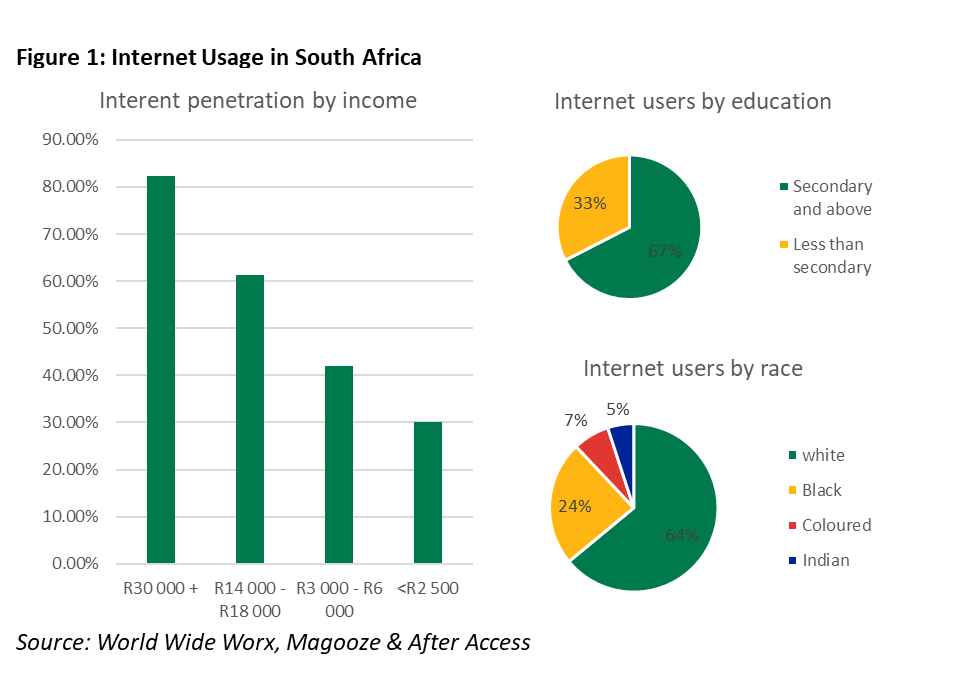 The second coping strategy is doing as many transactions online as possible. South Africa’s e-commerce market has been growing – there are currently 18.43 million e-commerce users with an additional 6.36 million expected by 2021. However, most of these platforms cater to a relatively digital-savvy and affluent middle class. They prioritise credit card and other mobile payments over cash (and only 13% of South African adults have a credit card) and can rarely be accessed successfully on small-screen mobile devices.

The last coping strategy is making use of online learning. Schools and universities were the first institutions to be closed when a state of disaster was declared. Although schools are planning on making up this lost time with shorter holidays, the reality is that schools may need to be closed much longer. This puts many South Africans’ education at risk.

Some well-resourced schools have already shifted to online teaching tools, and online education companies are also playing their part. Vodacom is offering its e-school platform to its customers, and South African edtech company Advantage Learn is providing all of its grade 8-12 online maths content to all students. Both are outstanding examples of private sector responses to the virus because they are free, to anyone with a functional internet connection and device.

South Africa has been talking about the digital divide for decades. Perhaps for the first time, being able to access the internet has become a life-or-death situation. The Covid-19 pandemic is going to be an incredibly trying time for South Africa as we move into our winter months. None will feel this impact more than our country’s poor who do not have access to the digital coping strategies that are being put forward. The country needs to solve our digital divide now, more than ever before.  MC

Mark Schoeman is the digital economy manager at Genesis Analytics.