Lockdown: Details trickle out on economic support and essential services 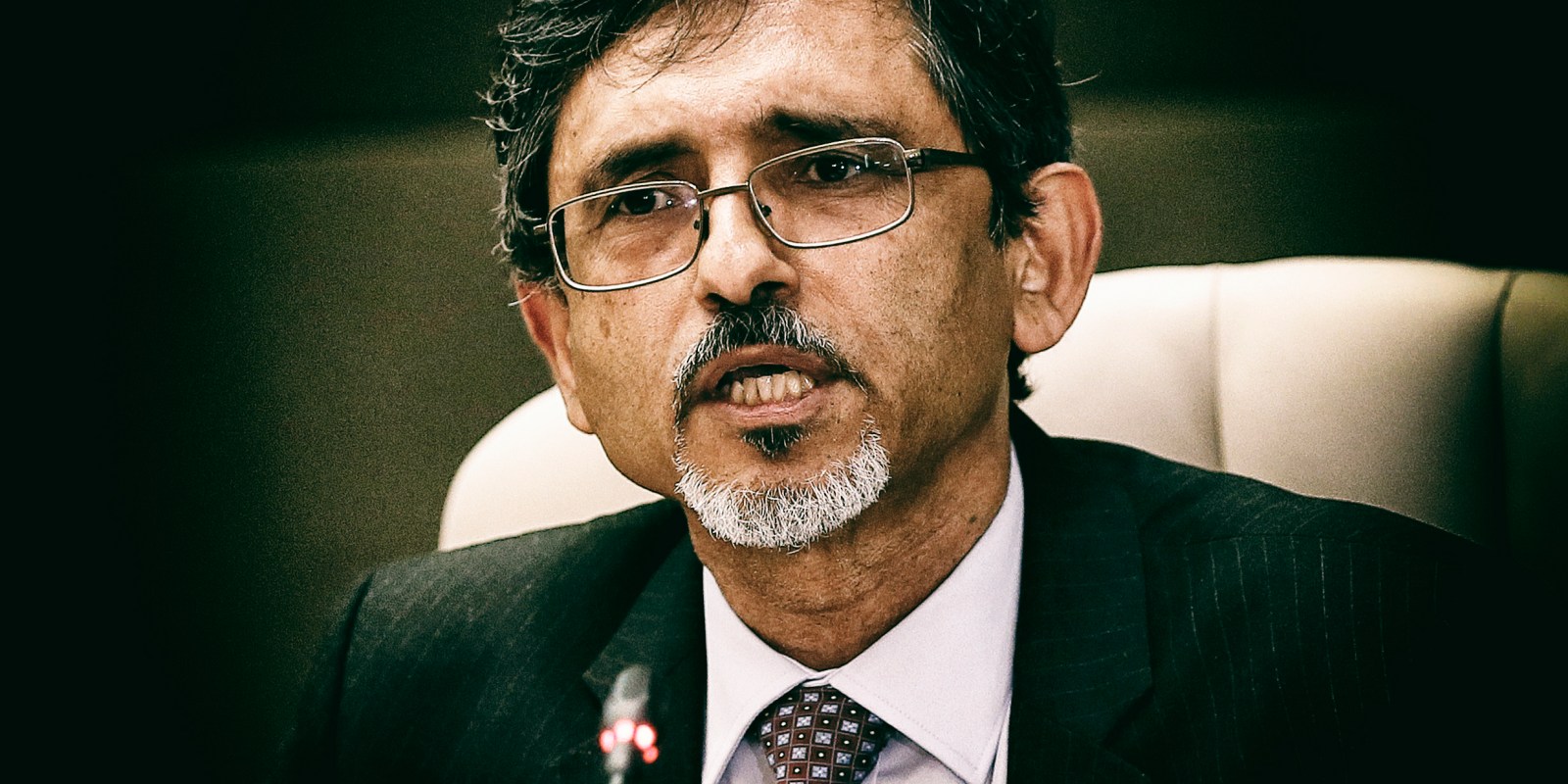 Further details emerged on Tuesday of measures to keep the economy going — including support for small businesses, spaza shops and workers. But it’s still a work in progress until the required regulations are published in the Government Gazette.

Government has confirmed workers negatively impacted by the Covid-19 lockdown have several Unemployment Insurance Fund (UIF) options. Most are existing benefits such as illness, support when sick leave is exhausted or short-time is introduced, and the loss of jobs.

But a new national disaster benefit will also be introduced, although Labour and Employment Minister Thulas Nxesi was short of details at Tuesday’s economic ministers’ briefing on the 21-day lockdown President Cyril Ramaphosa had announced just over 14 hours earlier. What did emerge was this national disaster benefit would be linked to the R3,500 monthly minimum wage.

“We will be explaining (the national disaster benefit) after the consensus with all the Nedlac partners,” said Nxesi.

“What we do not want to do is to talk about the figures. We can’t just pronounce figures and raise expectations. And then, later on, find it’s too expensive. Our actuaries are crunching the figures. Tomorrow (Wednesday) we will be making detailed announcements, including how this will be administered.”

Daily Maverick has seen a currently circulating document on the national disaster fund headed under both the Labour Department and UIF logos. As Nxesi indicated on Tuesday, the document shows this national disaster benefit is linked to the R3,500 national minimum wage and would be paid for whatever period is shorter — a company’s shutdown, or three months. After three months, the usual UIF provisions apply, on a sliding scale over 12 months.

According to this document, which may yet change pending discussions, the national disaster benefit would have to be applied for through the employer, and would be delinked from the usual UIF benefit structure.

“The employer may decide, as a direct result from the current Coronavirus (Covid-19) pandemic, to close their business for a period and send employees home. This constitutes a temporary layoff. If the employer cannot pay his employees for this period, the employer can apply for the ‘National Disaster Benefit’ from the UIF,” is how this document describes it.

Although the UIF has a positive balance of more than R160-billion, its benefits administration has been sharply criticised. It can often take months. And the paperwork is just that – actual paperwork that needs to be printed, then completed at various points, including bank forms to confirm banking details, and ultimately submitted by email or fax-to-email to the relevant labour centre.

Crucially, as the situation stands right now only UIF-compliant companies (those registered and paying contributions) may apply for this new national disaster fund, and other benefits.

But it’s no secret that this may not always be the case as some employers may hire staff off the books, or even deduct UIF contributions from wages but then not pay these over to the fund.

Nxesi said his department was looking at this.

“We have to deal with those issues case by case. We can’t just punish the workers because of rogue employers.”

Further support to distressed companies is available through the Temporary Employer/Employee Relief Scheme. Effectively, the UIF takes over the payment of employees’ wages for up to six months on condition the company undergoes a sustainability turnaround under supervision of the Council for Conciliation, Mediation and Arbitration (CCMA).

This would be a key test for the effectiveness of this measure, which emerged as a commitment from the 2018 presidential job summit.

Later on Tuesday, Nxesi would be at the National Economic Development and Labour Council (Nedlac), meeting labour and business on a range of measures, with Cosatu understood to be pushing for a wide-ranging stimulus package.

Although the labour federation, and alliance partner to the governing ANC, has come out in support of the lockdown, it has expressed its disappointment with the economic intervention, including the independently administered Solidarity Fund, a four-month temporary 20% tax break for small businesses and a R500 tax break through the Employment Tax Incentive for some four million earning less than R6,500 a month.

“This economic crisis is unprecedented and requires bold, creative and decisive interventions to ensure the survival of the entire economy. The government cannot outsource its leadership responsibilities at this critical period. Delaying these urgent interventions will amount to economic suicide,” Cosatu said in a statement in the wake of Monday evening’s presidential address to the nation.

Similarly, the South African Federation of Trade Unions (Saftu) welcomed the lockdown to curb the spread of Covid-19, but not the economic interventions.

“The tokenistic way in which the state is providing compensation to everyone now teetering on the edge of survival needs an urgent rethinking,” Saftu said on Tuesday.

All these economic measures amounted to just R12-billion, Saftu said, instead calling on employers to continue paying salaries, social grants to be extended and vulnerable households provided with sanitation and food.

But criticism of the Covid-19 lockdown-related economic interventions come against a stalling South African economy, already in a technical recession and little prospect of the required boost of growth beyond 0.4%.

Or as National Treasury Director-General Dondo Mogajane put it, each and every option is being looked at although at this stage the treasury is still assessing impacts.

“We stand ready, as part of government, to support where needed. We have eased procurement,” Mogajane said at Tuesday’s briefing, adding later:

“National Treasury will work on proposals to deal with the funding crisis caused by Covid-19”.

Aside from the various UIF measures for distressed companies and workers, a host of other measures are pursued.

The independently-run Solidarity Fund, seeded with R150-million from government, is up and running – and ready to accept donations to build social solidarity.

The Rupert and Oppenheimer families, slammed in some circles as White Monopoly Capital (WMC) incarnate, have made available R1-billion each to support distressed small businesses and their workers.

Businesses must be South African-owned and compliant with domestic laws and regulations.

And by approving an exemption to competition legislation, Patel cleared the way for banks to discuss payment holidays, debt relief, a halt on asset seizures and credit extensions to both businesses and individuals.

A similar exemption to be published in a special Government Gazette would allow shopping malls and their tenants negotiate rental holidays and a halt to evictions.

“This is a time for all of us to pull together as corporate and ordinary citizens to ensure our people and economy come through this challenge with their lives, their jobs, their business, their livelihoods and their property intact,” said Patel.

Compliance with the law and regulations is a theme running through the economic support measures announced. It also applies to small businesses and while even spaza shops qualify for support in these times of Covid-19, they must be properly licenced.

Like the debt relief fund – this is available to cover raw materials and labour for up to six months – this resilience fund would be available to South African-owned businesses that employ at least 70% South African citizens, although preference would be for companies owned by women and the youth.

“And they have to be fully compliant – SARS (South African Revenue Service) and UIF. And you must register on our national database,” said the minister with regard to the criteria to access both these funds.

Licenced spaza shops would be assisted, particularly with bulk purchases, in co-operation with municipalities. And if a microbusiness did not comply, the department would assist with that.

But support for the self-employed and hawkers at this stage is still in the making. Ntshavheni said further details would be made public once finalised.

What was clear late on Tuesday was that much remained a work in progress – and would be until regulations were officially gazetted – regarding essential services workers, conditions for temporary tax breaks and the final officially confirmed details of the new national disaster benefit.

But one thing is already underway: the National Consumer Commission and the Competition Commission are already investigating 11 companies for price gouging on items such as face masks and hand sanitisers. More such probes are to follow. DM