Covid-19: Citizen rights in a time of disaster — and under a State of Emergency 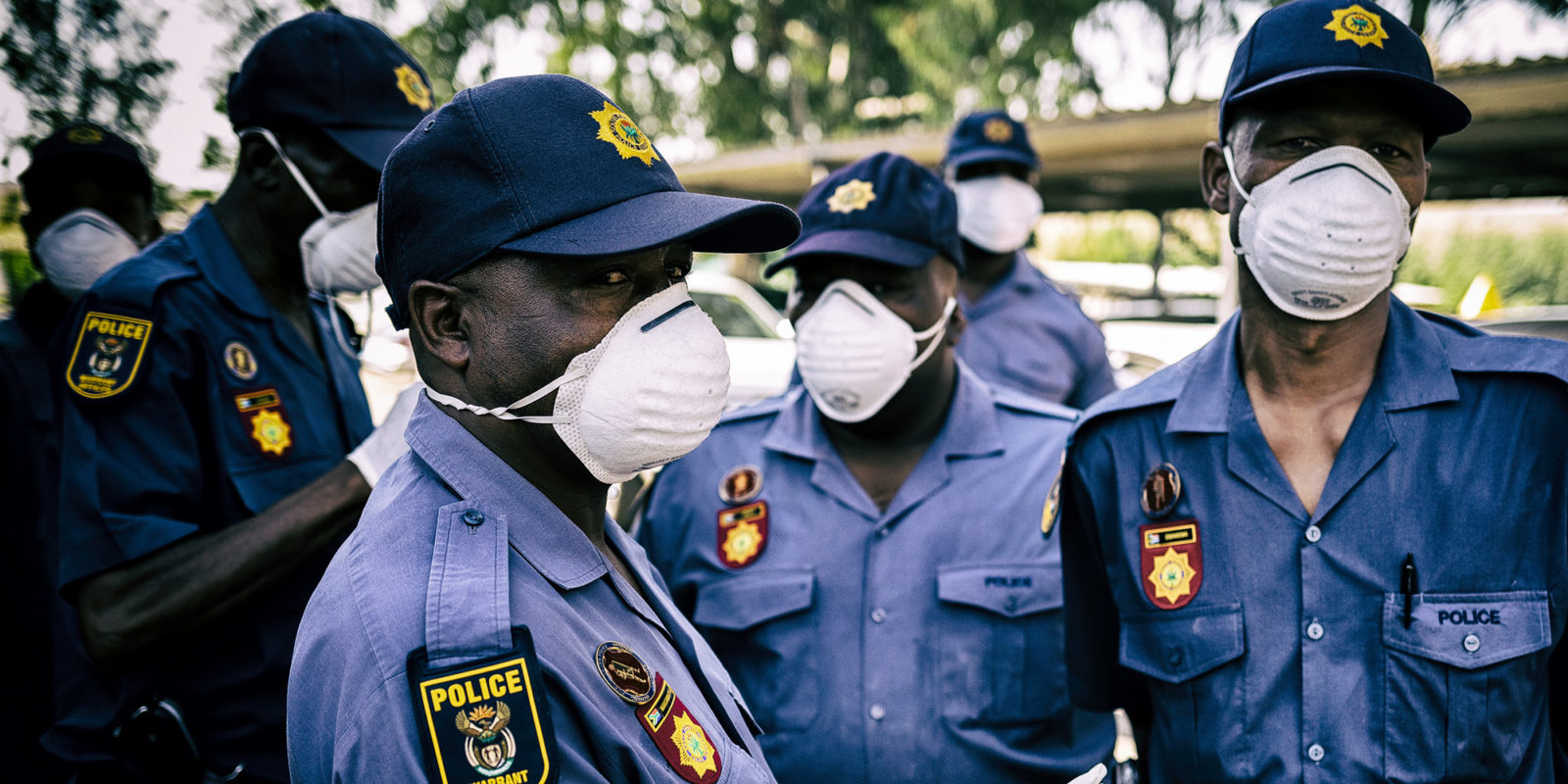 The declaration of a national disaster last Sunday and the subsequent promulgation of regulations aimed at slowing and/or suppressing the spread of Covid-19 in South Africa are limiting the freedom of individuals in quite radical ways. In ordinary times, such restrictions would not have passed constitutional scrutiny, but we do not live in ordinary times. This does not mean that the regulations are perfect. There may, in fact, be a need to amend some of the regulations to provide more clarity on their scope and to enhance their effectiveness.

As South Africans (hopefully) come to terms with the need for the implementation of drastic measures to slow down and/or suppress the spread of coronavirus, it may be helpful to try to answer some of the most pressing legal questions about these measures and the power of the government to deal with the crisis. In what follows, I try to do so.

In terms of section 27(1) of the Disaster Management Act, the relevant minister can declare a national disaster if “existing legislation and contingency arrangements do not adequately provide for the national executive to deal effectively with the disaster” or if “other special circumstances warrant the declaration of a national state of disaster”.

In terms of section 27(5) of the act, a national state of disaster will lapse three months after it has been declared, but may be extended by the minister by notice in the Government Gazette for one month at a time for as long the disaster continues.

The declaration of a national disaster is a temporary measure and a court will be able to declare invalid such a declaration (or any extension) if the requirements for a declaration as set out in section 27(1) are not met or lapse (this is obviously not the case with the declaration of the Covid-19 disaster).

Regulations issued in terms of the declaration must comply with the provisions of the Bill of Rights and the court can declare specific regulations unconstitutional if they impose limitations on rights in a manner not justified by the limitation clause.

Section 3 of the regulations prohibits all gatherings, which is defined as “any assembly, concourse or procession of more than 100 persons, wholly or partially in open air or in a building or premises”. Although the definition is not as clear as it could have been, the use of words such as “assembly” and “procession” suggest that to constitute a gathering the people must be participating in the same event or activity. A 100 people in a mall doing different things may not constitute a gathering, but 100 people listening to a musician or a 100 people at a braai would constitute a gathering.

But what about a large commercial enterprise where most patrons take part in the same activity? For example, surely a casino where 100 people gather to gamble could be considered a gathering? But because the definition is not as clear as it could have been, at the time of writing casinos remain open – albeit without selling liquor. The same applies to most Virgin Active gyms. Which begs the question, why are casinos and gyms not doing the morally correct thing by closing, even if it is not clear that the prohibition of gatherings apply to them?

However, gatherings where more than 50 people assemble at premises “where liquor is sold and consumed” are also prohibited.

As the regulation reads now, it is prohibited to gather in any bar, tavern or restaurant or other social event where alcohol is sold and consumed, but at premises where no alcohol is sold, but where alcohol is consumed (because patrons brought their own), up to a 100 people may still gather. It may be necessary to tighten this regulation to prevent sizeable numbers of people from gathering at “bring your own” events, whether at bars, restaurants, taverns or at other impromptu events.

Regulation 3 is supplemented by regulation 8 which orders the immediate closing of all on-consumption premises selling liquor (this includes taverns, bars, restaurants and clubs) unless they serve less than 50 people at a time. On-consumption premises that sell liquor but serve less than 50 people at a time must, however, close between 18:00 in the evening and 09:00 the next morning on weekdays and Saturdays. On Sundays, they must close from 13:00 onwards.

This regulation is not as clear as it could have been. Is it permitted for a restaurant or tavern which has an on-consumption licence, and serves less than 50 people, to remain open after 18:00 as long as it refuses to sell liquor to its patrons during the 18:00-09:00 window? If yes, are patrons permitted to bring their own booze?

If you read section 8 of the regulations with section 3 (discussed above), it looks like such an establishment would be permitted to remain open and, perhaps, may even be permitted to allow patrons to bring their own booze. (But the regulation is ambiguous so it would be wise for any establishment to err on the side of caution by not allowing any alcohol on premises that stay open after 18:00.)

It may be necessary to amend this regulation by making it clear that no alcohol can be sold or consumed at bars, restaurants or taverns between 18:00 and 09:00. As people are more likely to congregate at places where liquor is sold and consumed over weekends, it makes no sense that the regulations prohibit such places from opening after 13:00 on a Sunday but not on a Saturday. I think the sale and consumption of liquor at restaurants, bars, clubs and taverns should apply for the entire weekend.

It makes sense that the regulations target those who convene gatherings and not those who gather, as it is easier and more effective to arrest and punish such individuals. Religious leaders who ignore these prohibitions and hold church services where more than 100 people are present will be guilty of a criminal offence and will be arrested and charged.

Of course, just because the regulations permit 99 people from gathering does not mean it is ethically acceptable to arrange such meetings. Given the fact that any gathering has the potential to facilitate the spread of the virus, it would be unconscionable to propagate or facilitate any kind of gathering, whether for religious, political or any other purpose.

Anyone who disobeys the order to close all schools and partial care facilities is also guilty of an offence and liable for a fine or a prison sentence of up to six months if found guilty.

I suspect the drafters of the regulations meant to prohibit the contravention of section 8 of the regulations discussed in section 3 above. Without the threat of criminal sanction, it is likely that some arrogant or ignorant idiots will endanger the lives of others by ignoring the ban on more than 50 people gathering at places where liquor is sold and on bars, taverns, clubs and restaurants who sell liquor from opening after 18:00 at night. It may therefore be necessary to amend the regulations to make clear that any contravention of section 8 will constitute a criminal offence.

The Minister of Health, Zweli Mkhize, indicated earlier this week that more drastic measures may have to be imposed to slow down and/or suppress the spread of the coronavirus. It is not advisable to speculate on what such measures will entail, but countries such as Italy have imposed a lockdown, prohibiting people from leaving their homes except for essential tasks such as shopping, and closing most stores apart from supermarkets and chemists.

Section 27 of the Disaster Management Act contains extraordinarily broad powers that may cover most if not all possible measures that would be required if the situation got much worse. Specifically, it permits the regulation of the movement of persons and goods to, from or within the disaster-stricken or threatened area. In other words, it authorises measures needed for a lockdown. It also permits the control and occupancy of premises in the disaster-stricken or threatened area, which means in an extreme case the government could commandeer hotels to accommodate individuals in quarantine or isolation.

Put more starkly, a state of emergency allows for the suspension of most rights if this “is strictly required by the emergency”. This includes the right to freedom of expression, the right to vote and the right to education. Some rights cannot be “suspended” in this manner, for example, the prohibition against unfair discrimination cannot be derogated from, but “solely on the grounds of race, colour, ethnic or social origin, sex, religion or language”. During an emergency, discrimination on the basis of gender, sexual orientation, HIV status or nationality will be permitted if this is “strictly required by the emergency”.

“(a) the life of the nation is threatened by war, invasion, general insurrection, disorder, natural disaster or other public emergency; and (b) the declaration is necessary to restore peace and order.”

Whether the declaration of a state of emergency will be permitted to deal with the coronavirus crisis is far from clear, as such a declaration is only permitted if the declaration is necessary to restore peace and order. This suggests that it would not normally be permitted to declare a state of emergency to deal with a health emergency as the aim would not be to restore peace and order, but rather to slow or suppress the spread of the virus and to take steps to manage the severe pressure on health services. However, if the crisis leads to civil unrest, it may be declared as a last resort. DM