Parkrun and the power of community: Reflections on epidemics, running, poetry and human rights 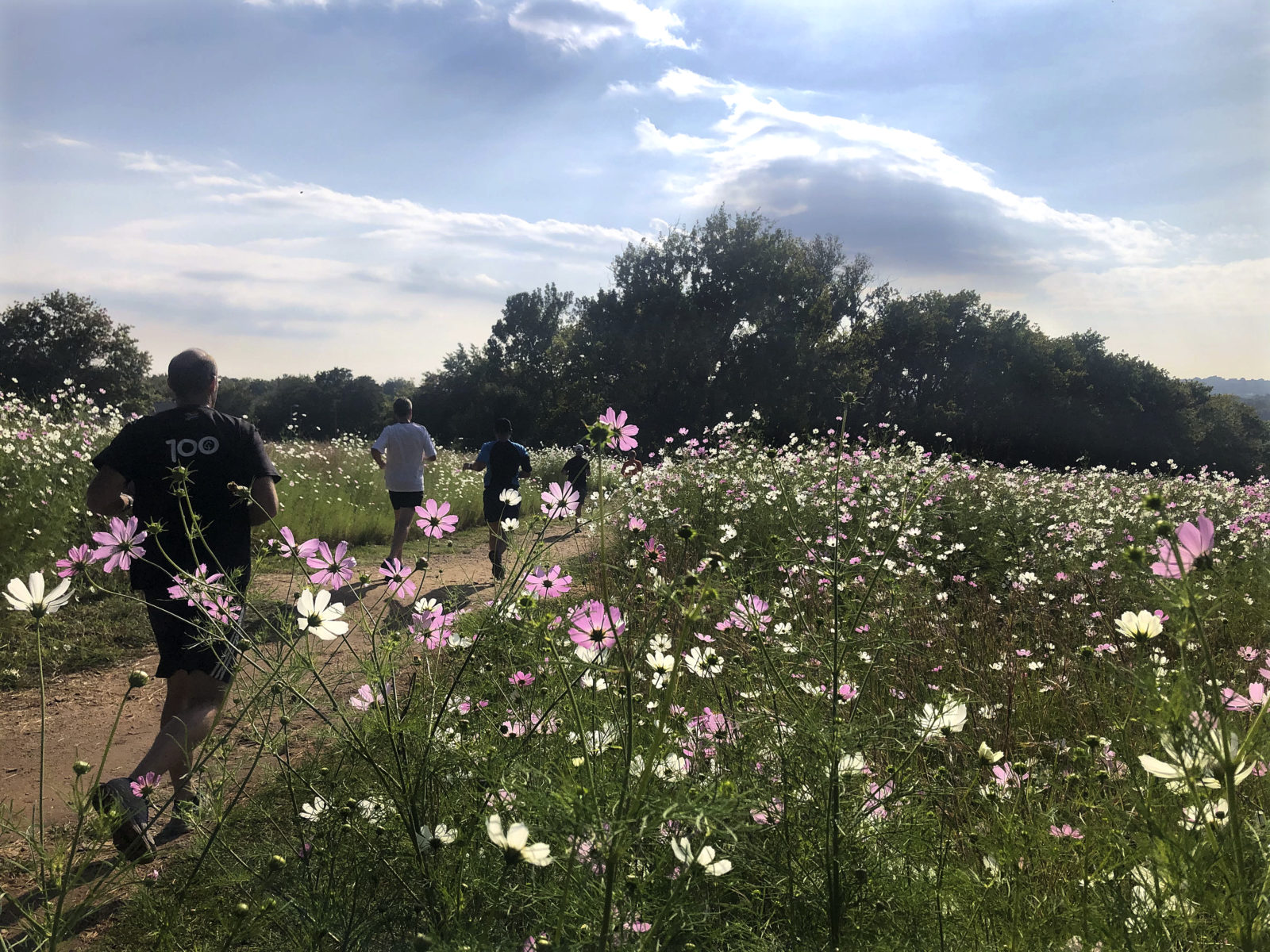 'It’s autumn and in case you haven't noticed the Cosmos is back and in bloom.' (Photo: Mark Heywood)

Last week felt like a bad week for runners. The Two Oceans was cancelled; the London Marathon postponed; the Comrades held on by a thread, and then came the news that parkruns were suspended. It was a loss. But just as parkruns are a place for thought and value, pressing the pause on parkruns can help us put Covid-19 in perspective. Let me tell you why. 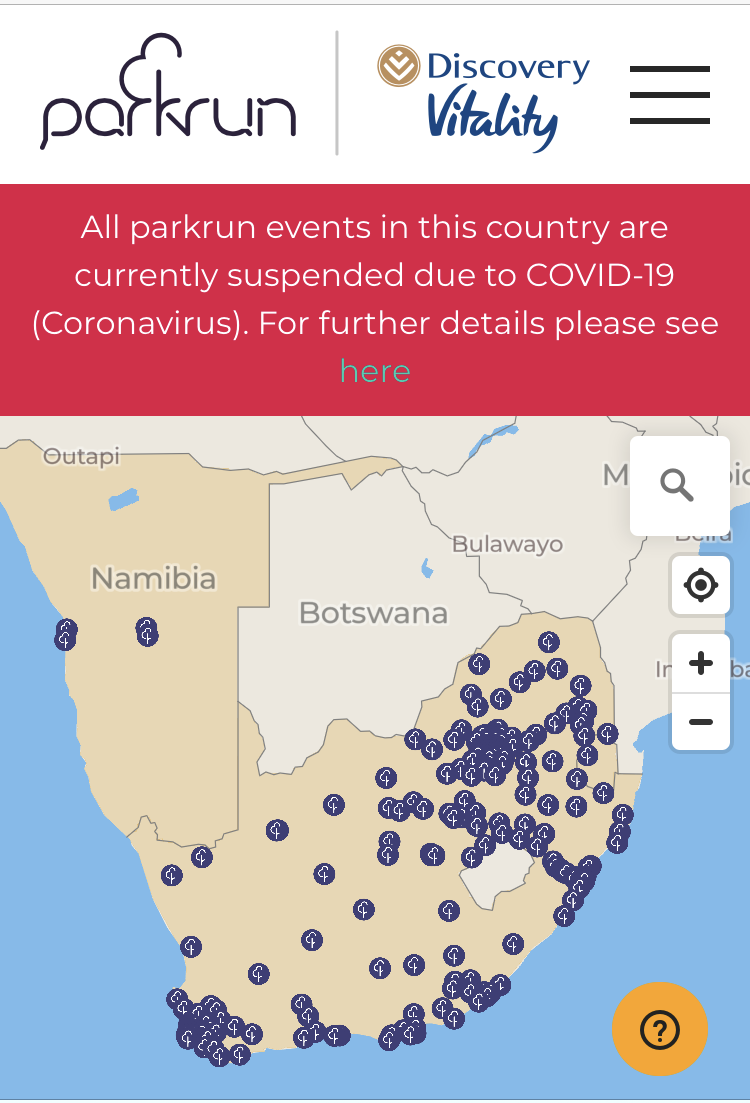 Was that a pivotal historical moment

We just went stumbling past?

Dancing in the rumbling dark

So come a little closer

Give me something to grasp

Give me your beautiful, crumbling heart

On Saturday morning, one week ago, the world felt very different. South Africa had 24 confirmed cases of Covid-19, none of them were as a result of local transmission and was not yet under a State of National Disaster. I was one of approximately 40,000 people at 220 parks across South Africa who had gathered for the weekly 5km Parkrun.

I make a point of running at different parks to observe the human geography of different suburbs and communities, as well as the parks themselves. But this week I was back at Delta Park, a beautiful green oasis in the centre of Johannesburg. It’s autumn and in case you haven’t noticed the Cosmos is back and in bloom. In Delta Park it had gathered into a meadow of green, pink and white. As 968 local runners passed by its purple and white flowers were tickled by a blustery wind.

I wrote on my Facebook page, above a picture of the Cosmos:  “And the band played on. We fight for life and to preserve this planet because it is worth living.”

And the band played on is an allusion to a famous book of the same name by Randy Shilts, published in 1987 about the early days of the Aids epidemic in the USA.

Although a lot of people were being infected and dying with what was then a new virus, HIV, the world didn’t stop then. It should have.

We might have saved several million lives, but once the powers that be in the world had worked out it was going to be an epidemic for queers and blacks they weren’t so bothered. In immortal words of singer Tom Robinson referring to AIDS:

And now there’s a cancer to blame on the gays

The medics are baffled and caught on the run

While government spending is barely a joke

Of course, in my Facebook post I wasn’t just referring to the Parkrun “playing on”, but to nature and civilisation continuing with old habits in times of crisis. Yet remarkably, we are seeing people adapt to a change of life they would have considered impossible a few weeks ago. In the midst of the worst, the loss of life, the existential anxiety, we are also seeing the best again as many people offer themselves as volunteers and devise plans to try and hold society together and protect the vulnerable.

As pointed out in this article:

“People in the midst of quarantine, self-isolation and social distancing have found creative ways to reach out to others and to provide encouragement and support. Some examples include Caremongering Facebook groups in Canada that link people in need with those close by who can help; cosplayers worldwide dressing up as their favourite characters and recording themselves reading stories to children and then posting them online, people applauding healthcare workers from their balconies in Spain, and Cape Town Together that has created mutual aid groupings in various neighbourhoods.”

But let me get back to the Parkrun.

The beauty of the Parkrun is that, each week it’s a chance to pause, to rediscover community, to become aware of things like the autumn Cosmos as well as to take notice of, smile at and greet fellow human beings. I find, as pointed out by the British poet Kate Tempest:

“There is so much peace to be found in people’s faces.”

Last week I watched children race each other, stopped running to spot a bee at work on the inside of a flower, witnessed the joy of a stranger and his friends on completing his 250th Parkrun. All were comforting.

Unfortunately though this week the Parkrun was abruptly halted.

On Wednesday came an email from Bruce Fordyce, the CEO and inspiration of Parkrun SA, informing South Africa’s 775,685 parkrunners that the run has been suspended until the end of March, but probably for at least a month longer. Fordyce said he knew that “this would be a difficult message to receive” and promised that:

“We are working hard to develop our strategy so that we are able to support the health and happiness of parkrunners around the world during this difficult time. Remaining active is incredibly important, and we are working on ways to encourage and support that ..”

Then, later that evening came an email from Paul Sinton-Hewitt, the South African founder of Parkrun. This one was individually addressed to me and to all three million-plus Parkrunners in 22 countries.

It was titled “Mark, we will get through this together ️”.

What was unusual about Sinton-Hewitt’s email was that it was written as if it came from a close family member, but not as a commercial gimmick, but because that’s how Parkrunners feel about each other.

In the letter, Sinton-Hewitt tells his three-million-strong family that: “I’m writing to you to let you know that as a fellow parkrunner I am here for you during this time and wish to reassure you that the parkrun family, that I started in 2004, is as strong as it has ever been. We will get through this together, and I know that parkrun, just as it has helped me through many difficult times, will rise to the challenge presented by the coronavirus and be there for all of us.”

It continues: “I want you to know that even if we cannot physically get together on a Saturday (or Sunday) morning as we have become used to, we will keep our promise of supporting you. We will find other ways.

“Across 22 countries and 2,100 locations, parkrun is a family. A family united by a shared purpose … it is cruel that parkrun has been taken away from us, when at any other time of crisis, it would be the very thing that provides solace, comfort and a short period of escapism. We appreciate how challenging this is going to be for so many, but please know that we will not abandon you.”

Hewitt’s letter ought to be recorded for posterity. When this is over, it should feature in the annals of the Covid-19 crisis as one more example of how in a few short weeks in 2020 everything in the world changed; proof of how there was a BC, and hopefully an AC.

Paradoxically, although Covid-19 disrupts many community events like the Parkrun, it is also creating a necessity for us to rediscover community and our values. As a human rights activist, whose writing and life has suddenly been restructured around a mingy virus, I can see how Covid-19 is bringing out the best and worst of our humanity.

As we endure a great slow-down in aspects of our lives, one thing we should do is think deeply. Tomorrow, 21 March is both World Poetry Day and South Africa’s Human Rights Day. Human rights are the foundation for human dignity and autonomy, both of which we desperately need to survive epidemics. We are vulnerable because we have ignored the pain and suffering of others.

Poetry has always been a weather-vane for what’s bad in politics and what’s good in humanity. The crucial thing will be to make sure that when this is over we don’t go back to our old ways, because, as Kate Tempest says in the same poem:

There are no new beginnings

Until everybody sees that the old ways need to end

Given the rampant divisions between oppressor and oppressed

But we are though.  MC

Mark Heywood is the editor of Maverick Citizen. He recommends that you listen to Kate Tempest’s two most recent collections of poetry, Let Them Eat Chaos (2016) and The Book of Traps and Lessons (2019), then resolve to change your world.