Covid-19 hits ticket sales, rescue practitioners warn that SAA might not be rescued 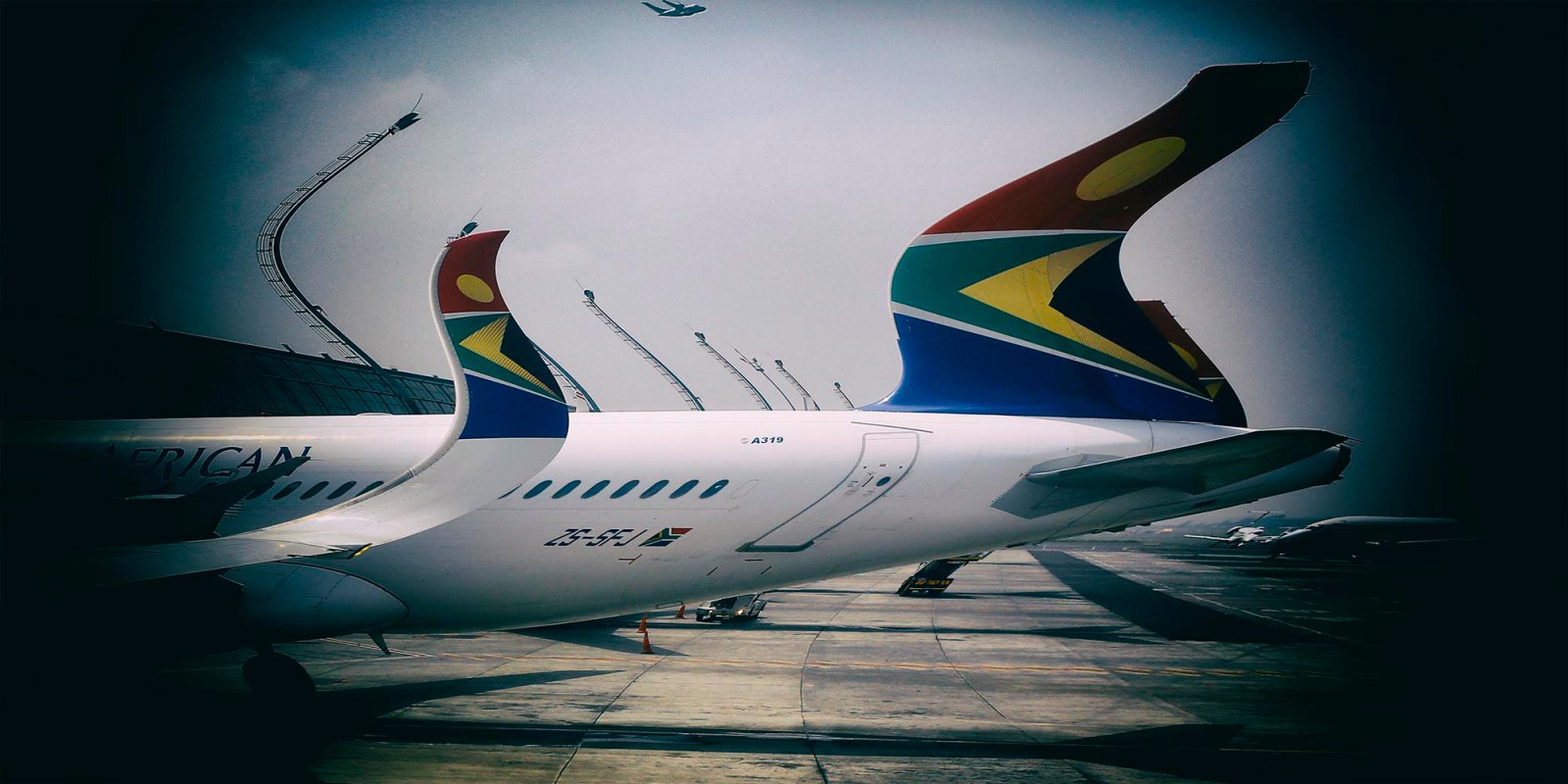 SAA’s financial position will worsen as the state-owned airline has suspended all international flights due to travel bans imposed by President Cyril Ramaphosa in response to the Covid-19 crisis. In a letter to SAA employees and trade unions dated 19 March 2020, business rescue practitioners, Les Matuson and Siviwe Dongwana, said the travel bans might ‘threaten the very likelihood of the company being rescued’.

The recently-imposed travel bans by SA’s government in response to the novel coronavirus pandemic have thrown the business rescue proceedings of SAA into a dire tailspin.

The business rescue practitioners of SAA have warned that ticket sales for domestic, regional and international routes have “declined significantly” since President Cyril Ramaphosa declared a national state of disaster on Sunday, 15 March 2020 to contain the spread of coronavirus, also known as Covid-19.

In a letter to SAA employees and trade unions dated 19 March 2020, which was obtained by Business Maverick, rescue practitioners, Les Matuson and Siviwe Dongwana, said the travel bans might “threaten the very likelihood of the company being rescued”. A spokesperson for Matuson and Dongwana confirmed the authenticity of the letter and said the rescue practitioners will respond to all SAA matters in due course.

SAA, which has recorded about R26-billion in financial losses over the past six years and enjoyed successive government bailouts amounting to R20-billion over the same period, was placed under business rescue by the government on 4 December 2019.

SAA’s financial situation is so perilous that Matuson and Dongwana said the R5.5-billion that the state-owned airline received from a consortium of banks – to fund the business rescue process – will run out by 31 March 2020. This is the same day that Matuson and Dongwana were set to publish a final business rescue plan –  but the duo have asked for an extension to an unspecified date.

Business Maverick understands that since the national state of disaster declaration by Ramaphosa, Matuson and Dongwana have been in daily emergency meetings with affected SAA stakeholders including employees, trade unions, creditors, government and commercial lenders.

In the letter written to SAA’s employees and trade unions, Matuson and Dongwana said consultations over the newly-imposed travel ban and resultant implications for job losses at the airline were “extremely urgent” and need to “take place as soon as possible during the week ending on 20 March 2020”.

Matuson and Dongwana started the process of section 189 consultations with SAA employees and trade unions on 9 March 2020 about potential 4,708 job losses. Section 189 process under the Labour Relations Act sets out the steps and the consultations a company must follow during retrenchments.

The rapidly-spreading Covid-19, which first emerged in China in December 2019, has prompted SA’s government to impose a travel ban on travellers from “high-risk countries” such as Italy, China, South Korea, Iran, Germany, Spain, the US, and the UK. Visas previously issued to travellers from these countries have been revoked, and new visas will not be issued.

Covid-19 has sparked worldwide alarm in the aviation industry, as global airlines have cut flights due to decreased demand. On Friday, 20 March 2020, SAA announced in a statement that it will immediately suspend international flight operations until 31 May 2020 in response to the travel ban. The suspended international routes include the US, the UK, Germany, Australia and Brazil.  SAA will only offer regional and domestic flight routes.

When section 189 consultations initially started on 9 March, Matuson and Dongwana had not anticipated that Covid-19 would have “a drastic impact on SAA’s operational costs” and ticket sales, the airline’s main source of revenue.  This is because projections for revenue and cash flow were based on higher load factors and prepared before SA confirmed the first Covid-19 case on 5 March 2020.

A load factor is a key airline industry metric that measures the percentage of available seating capacity in a flight that is filled with passengers. A high load factor of at least 70% translates into higher profits for an airline and the opposite for a low load factor.

To preserve cash at SAA, Matuson and Dongwana want trade unions to agree to two proposed options.  The first is a “rotational lay-off scheme” where “non-key function” employees will work three days a week but only receive 66% of their salary and the remaining 34% to be paid when their employment contracts expire. Or employees can be paid their ordinary salaries, which will be adjusted to the number of days worked.

The rescue practitioners are expected to meet SAA employees and trade unions on Friday, 20 March 2020 to discuss this option and implement it from 22 March 2020 if there is an agreement.

The second option includes expediting the conclusion of Section 189 consultations before 31 March 2020 (and not the initially stated 8 April) in “circumstances where SAA’s business has drastically suffered as a result of Covid-19”.If these options are not agreed to with strict timelines, Matuson and Dongwana said SAA might be liquidated, which involves the closure of airline operations and selling its assets to pay creditors. BM