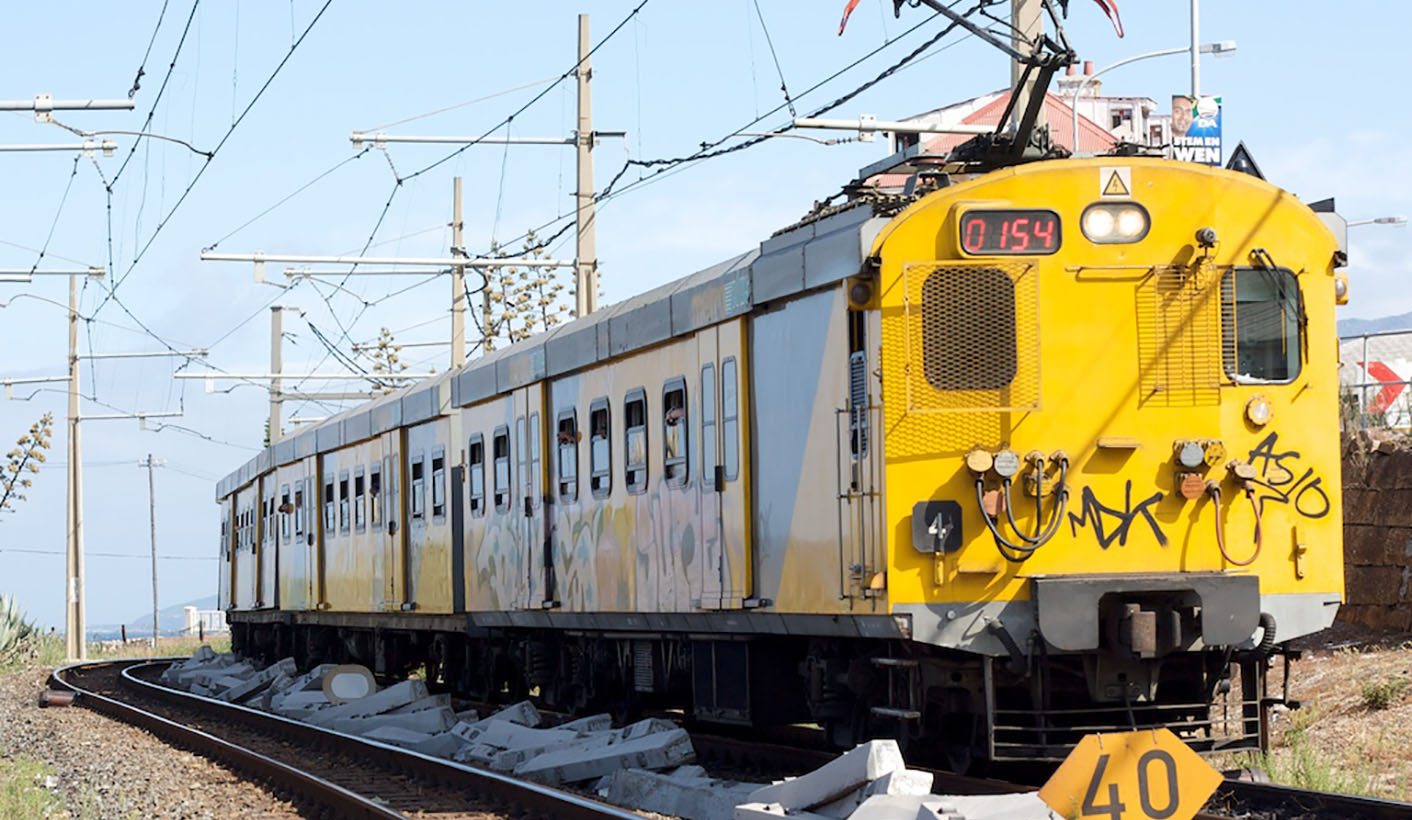 The United National Transport Union said that while Prasa and Transnet were quick to communicate with employees about the pandemic, there was a lack of safety equipment such as gloves, sanitisers and masks. Photo: Ben Crouch/(Flickr)

One of the biggest unions at the Passenger Rail Agency of South Africa is calling for Metrorail, which transports many of South Africa’s working class, to suspend services due to Covid-19.

The United National Transport Union (Untu) has called for Transport Minister Fikile Mbalula to suspend Metrorail services in light of the spread of Covid-19 in South Africa. This follows allegations that the Passenger Rail Agency of South Africa (Prasa) and Transnet are not providing necessary safety equipment to workers.

The union, which represents about 6,000 workers at Prasa, wants services at Metrorail suspended until 14 April 2020.

In a statement released on Wednesday afternoon, it said this “is the only way to assist the Passenger Rail Agency of South Africa to implement the drastic measures called for by President Cyril Ramaphosa from 16 March 2020 after the outbreak of the deadly global pandemic started spreading like wildfire in through the country… This morning the Department of Health confirmed 116 positive cases of Covid-19 of which 61 in Gauteng, 19 in KwaZulu-Natal and 31 in the Western Cape – the biggest cities where the overcrowded trains of Metrorail, a division of Prasa, is operational”.

“Untu realises the suspension of the train services will have a devastating impact on commuters, but the union believes the transmission rate of the virus warrants drastic action to prevent the spreading thereof and possible loss of lives.”

The union’s media liaison, Sonja Carstens, told Daily Maverick earlier in the day that while Prasa and Transnet were quick to communicate with employees about the pandemic, there was a lack of safety equipment such as gloves, sanitisers and masks.

“We are flooded with calls from our members,” said Carstens, who added that there was “absolutely nothing in place” for train drivers.

The South African Transport and Allied Workers Union (Satawu) also confirmed this to Daily Maverick, especially in the case of Prasa.

“We are very worried workers might be affected, given customer services help an estimated 500 people per hour and handle cash, but no gloves have been provided as yet. A single train carries on average 1,400 passengers, but Prasa appears to be battling with the procurement of protective wear — even before the pandemic,” Satawu’s media head of department, Zanele Sabela told Daily Maverick.

While Satawu and Untu say Prasa has told members there is a national shortage of gloves, sanitisers and masks, Sabela told Daily Maverick:

“Satawu views this ambiguous statement to mean there is no clear commitment to worker’s safety.”

Together, these unions represent around 50,000 Transnet employees and 13,000 Prasa employees.

Although he did not respond to specific questions, Prasa spokesperson Makhosini Mgitywa told Daily Maverick:

“Prasa is consulting with important stakeholders such as the Department of Transport, the Rail Safety Regulator, commuter forums and labour unions with a view to taking appropriate action with regard to the safety of our customers and employees. Once a decision has been made in this regard, it will be communicated to the public.”

Daily Maverick sent questions to Ayanda Allie-Paine, spokesperson for Transport Minister Fikile Mbalula, but she did not indicate if she would respond. Transnet spokesperson Nompumelelo Kunene did not respond to requests for comment by deadline. DM