Drastic measures in our universities need not silence students’ concerns 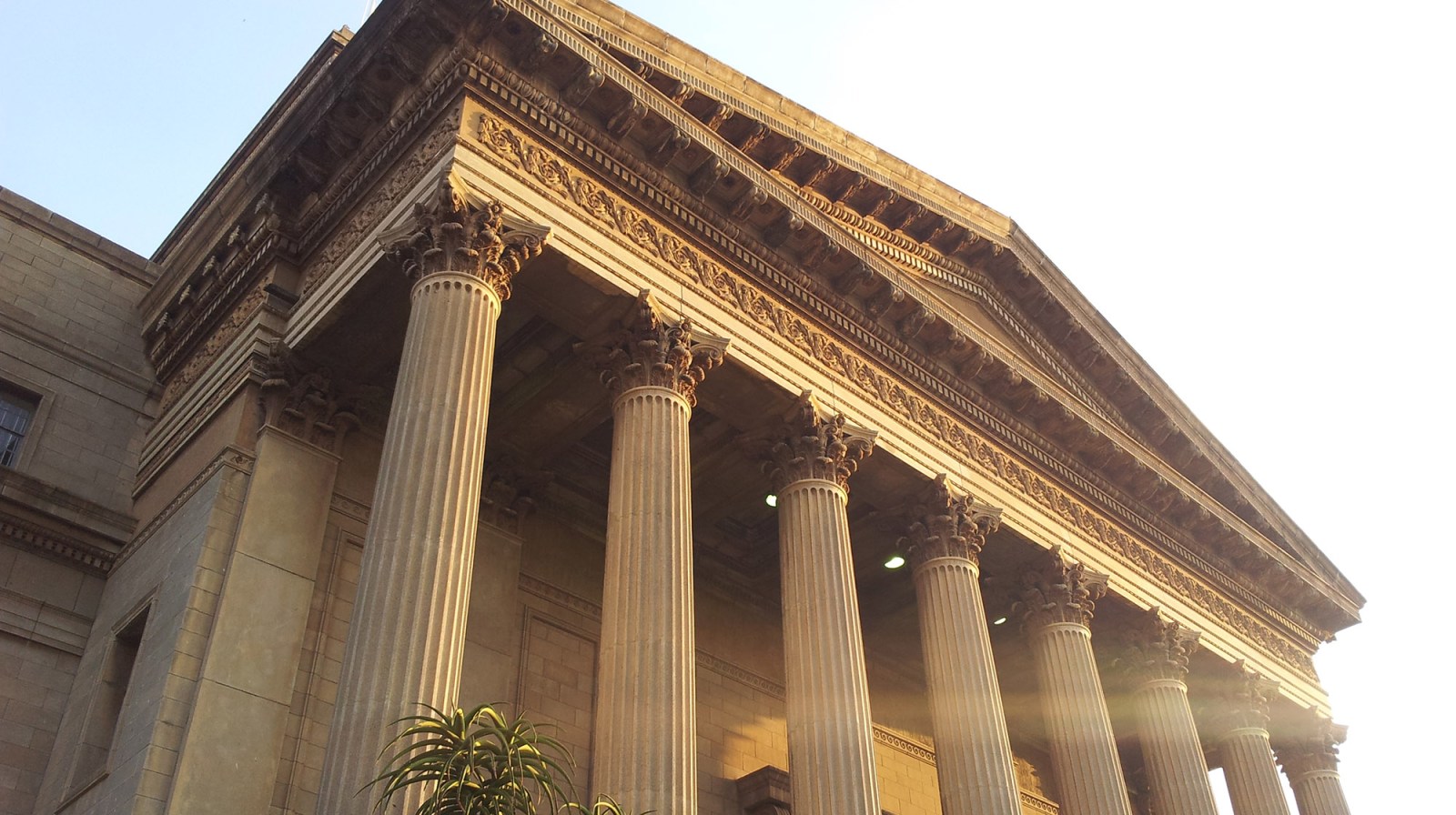 South African universities are home to thousands of students who come from across the length and breadth of the country. A considerable percentage of students at these institutions also come from different parts of the world.  If South Africa is going to effectively curb the spread of the coronavirus, which the World Health Organisation has declared as a ‘global pandemic’, specific measures and interventions need to be put in place at our universities as part of the national response. However, these measures ought to be practical and awake to the fact that many students at universities come from poor and working-class households.

On Sunday evening, 15 March 2020, President Cyril Ramaphosa addressed the nation and outlined the measures that the government was taking to slow down the spread of the coronavirus. The President declared a national state of disaster in terms of the Disaster Management Act and provided comprehensive measures to be put in place by the government. Some of these measures included prohibiting gatherings of more than 100 people, encouraging social distancing and discouraging citizens from all domestic travel, particularly by way of public transport.

In response to the Presidents’ announcement, universities have suspended the academic programme. Subsequently, the Minister of Higher Education, Science and Innovation, Dr Blade Nzimande, announced that all higher learning institutions would be closed from 18 March until 15 April 2020. This is very sensible given that requiring that students continue to sit in lecture venues in their hundreds is an obvious public health hazard. We are in uncharted territory and drastic measures are necessary to prevent further rapid spread of the virus and to ultimately save lives.

However, universities such as Wits and UCT have taken additional drastic measures to curb the spread of the virus. One such measure has been to announce to students that they are required to vacate university residences within 72 hours. It is worth noting that these two universities have a case of a student and staff member, respectively, who have tested positive for the coronavirus.

In a video posted on social media Professor Adam Habib, Vice Chancellor of Wits University, stated that the university’s decisions would not be informed by petitions or political demands and would rather be informed by science and the best experts. Seeing that the door to meaningful engagement appears to be closed by Wits management to its constituents, it did not come as a surprise when Wits students, in a bid to stop this forced evacuation, launched an application to the Gauteng Local Division High Court.

The UCT SRC also seemed to reject the call for a mass evacuation of students in residences, tweeting that students who do not want to vacate residences in the next 72 hours should refuse to do so.

There are serious and valid concerns around requiring students to vacate residences in 72 hours. Firstly, President Ramaphosa advised against unnecessary domestic travel to avoid spreading the virus and exposure. Given that both Wits University and UCT have had cases of the coronavirus it appears counterintuitive to force a mass evacuation of students. Students would be forced to go to all corners of the country and could potentially infect other users of the public transportation system or be exposed to the virus themselves. This is a concern that has been raised by the students in the court application.

Secondly, many students who are at universities are from poor or working class families. For many students, travelling home requires prior planning and saving as it is considerably expensive. For these students it simply cannot be done on a whim.

Wits University stated that it would pay students who qualify for stipends 50% of their next stipends, which would ordinarily have been due at the end of the month,  as soon as possible – in the hope that this would help with their travel arrangements. Considering that the evacuation is scheduled in less than two days, this measure is inadequate in alleviating students’ anxieties for a variety of reasons. Amongst these reasons, not all students are on financial aid or university administered bursaries. Furthermore, it is unclear if 50% of the stipend will be enough to cover the cost of travel for all students.

Finally, Minister Nzimande as well as Wits have stated that institutions will explore online teaching and learning during this pandemic. However, once again, the poor and vulnerable students who rely on university Wi-Fi will be disadvantaged by such a move if they are forced to evacuate residences and are unable to access university internet services. Without any plan to address this disparity, this would exclude a large number of students who do not have access to reliable internet connections at home.

As a response to the University’s directive to evacuate the residences, the Wits SRC released a statement recommending that before this is done students should at least be screened for Covid-19 before travelling in order to prevent them from acting as possible vectors when they travel. In response to this, Senior Management sent out a statement wherein they stated that those living in residences do not need to be screened. Arguably this is correct. While students at residences may be free of Covid-19 currently, after having been forced to travel, health will not be a guaranteed state of affairs.

Wits University has stated that the mass evacuation of residences in the next 72 hours is in the best interests of students and the broader public. However, a one size fits all policy does not work for all students. It might be more reasonable to request that the students living at the university’s residences that are able to travel home, without endangering themselves or others, do so. For some students, it may be safer to evacuate. For some students home means a place with more resources and space, making the spread of the virus less likely.

However, this does not, by any means, apply to all students. Many students will have to travel in overcrowded conditions or through airports which are generally high risk areas.  Some students are being requested to go home, as a possible vector of coronavirus, to a parent or grandparent who is immunocompromised. There are no guarantees that students or the general public will be in healthier environments after evacuating from residences, it is clear that the forced evacuation is highly concerning for poor and vulnerable students.

In his statement on the measures to deal with the coronavirus, Minister Nzimande stated that:

“The majority of public universities and some public TVET colleges are not just teaching and learning spaces, but are also living spaces, which include student residences and staff housing. Each institution will develop a mitigation plan for its residence system, to ensure that protocols and controls are in place to mitigate the spread of the virus and to provide for isolation facilities where necessary.”

A mitigation plan in the context of universities surely cannot be read to mean complete closure. What Wits and UCT have done appears to be unnecessary and an attempt to pass the buck. Complete closure in the case of some students means exacerbating the risk for them to contract the virus. Universities have a social responsibility to help students and not to turn a cold shoulder during this time of crisis.

Subsequent to the release of the minister’s statement Wits’ Dean of Students, sent out a letter to students concerned about the closure of residences. In this letter he stated that students who are unable to travel immediately, like international students, must report to their resident cluster managers (and international students to the International Students Office) and that the university would provide the appropriate support on a case by case basis, based on the merits of each individual case. There are no automatic exemptions to the evacuation and it is unclear what will be considered a case with “merit”. If a student does not have reliable access to running water outside of the university residence, is that a case with merit?

Listening to scientists and experts is vitally important at this time, but individual scientists and experts are not able to speak for the students who will suffer because of the mass evacuation. It is not clear that all options were put on the table or that the specific concerns of poor and vulnerable students were considered before this decision was made. In order to factor in all considerations, university management should try, where possible, to at least consider the petitions and political demands of students. MC/DM

Motheo Brodie is the former Wits SRC Deputy President and is a Legal Researcher at SECTION27. Mila Harding is a final-year law student at the University of the Witwatersrand and is a Research Intern at SECTION27