Coronavirus: Washing hands is not easy when you have no running water 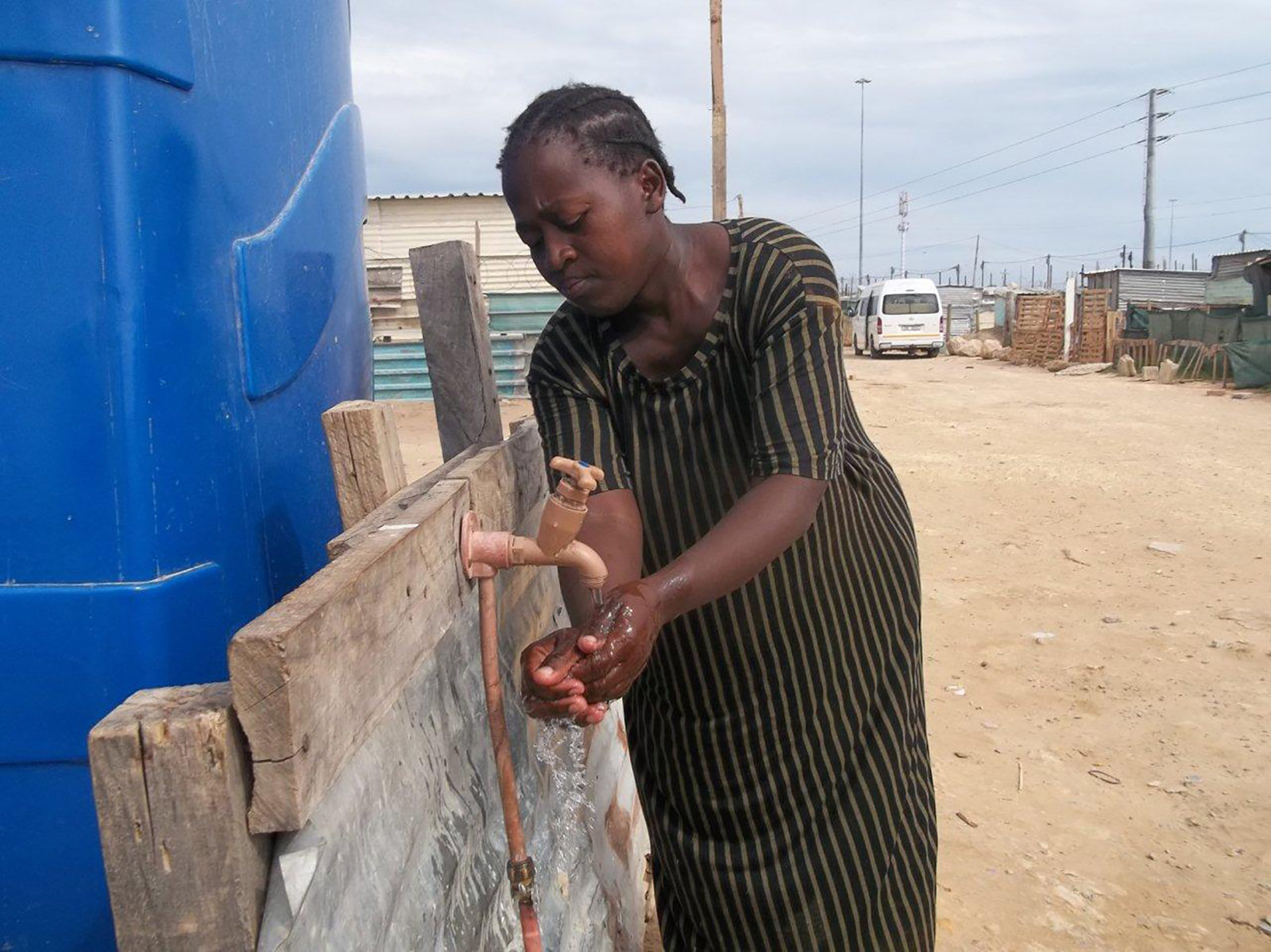 ‘It’s easy to keep your hands clean when you stay in a house because you have a tap inside, but it’s difficult when you have to walk long, tiring distances to fetch water.’

“If failing to keep hands clean spreads coronavirus, I think all of us here will get it because we don’t have easy access to water to wash our hands,” says Nonceba Ndlebe. She lives in Island informal settlement in Khayelitsha, Cape Town.

The numerous families in this high-density area, where people virtually live on top of one another, rely on three communal taps for water.

“It’s easy to keep your hands clean when you stay in an RDP house because you have a tap inside, but it’s difficult when you have to walk long, tiring distances to fetch water,” said Ndlebe.

South Africa’s first case of local transmission of Covid-19 was announced on Thursday morning. The World Health Organisation and the South African Department of Health have been giving an important and useful piece of advice: wash your hands regularly. Soap and water are just fine. And while liquid soap is nice to use, there’s nothing wrong with using soap from the local supermarket.

Numerous studies have shown that washing hands reduces infections. We have known this since at least the middle of the 19th century when a Hungarian doctor working in an obstetric clinic in Vienna, Ignaz Semmelweis, showed that washing hands massively reduced deaths in the facility.

Handwashing is particularly effective against bacteria, but Covid-19 is caused by a virus. Nevertheless there is also evidence that handwashing helps against viral infections. In any case, if you become infected with Covid-19 you’d want to minimise your risk of getting a bacterial infection at the same time that puts additional strain on your immune system. Also, if the health system becomes overwhelmed by Covid-19 infections, it’s in everyone’s interests to reduce other infections that will add to the burden.

According to the 2018 General Household Survey, 89% of households in South Africa have access to piped or tap water, whether in their homes, off-site or on-site. There has been a decline in access in some provinces, most notably in Limpopo, from a high of 84% in 2010 to 74% in 2018. North West and Free State were the next worst performing provinces, and also registered declines.

Only 46% of people surveyed across South Africa have access to water in their home.

Even people living near piped or tap water are not guaranteed continued access. The 2018 General Household Survey measured interrupted supply as those who had experienced no water for more than two days successively, or for a total of 15 days in the year. Nearly half the households in Limpopo and Mpumalanga experienced such interruptions. Limpopo’s water quality was also the worst reported (only 29% of residents were satisfied with their water). By contrast, the Western Cape and Gauteng had both the best quality water (87% and 77%) and the fewest interruptions to supply (1.4% and 5.4%).

“We don’t have enough water to wash our hands,” says Neti, as she waits for the water truck to come by. She says the truck comes once a week, delivering to over 3,000 shacks in her area that are far away from standpipes.

“The virus makes me scared because we have been told to also limit kisses, while in our culture we often greet and kiss others,” she says. “They keep telling us on TV to wash our hands regularly … yet the truck itself delivers dirty water to us.” DM