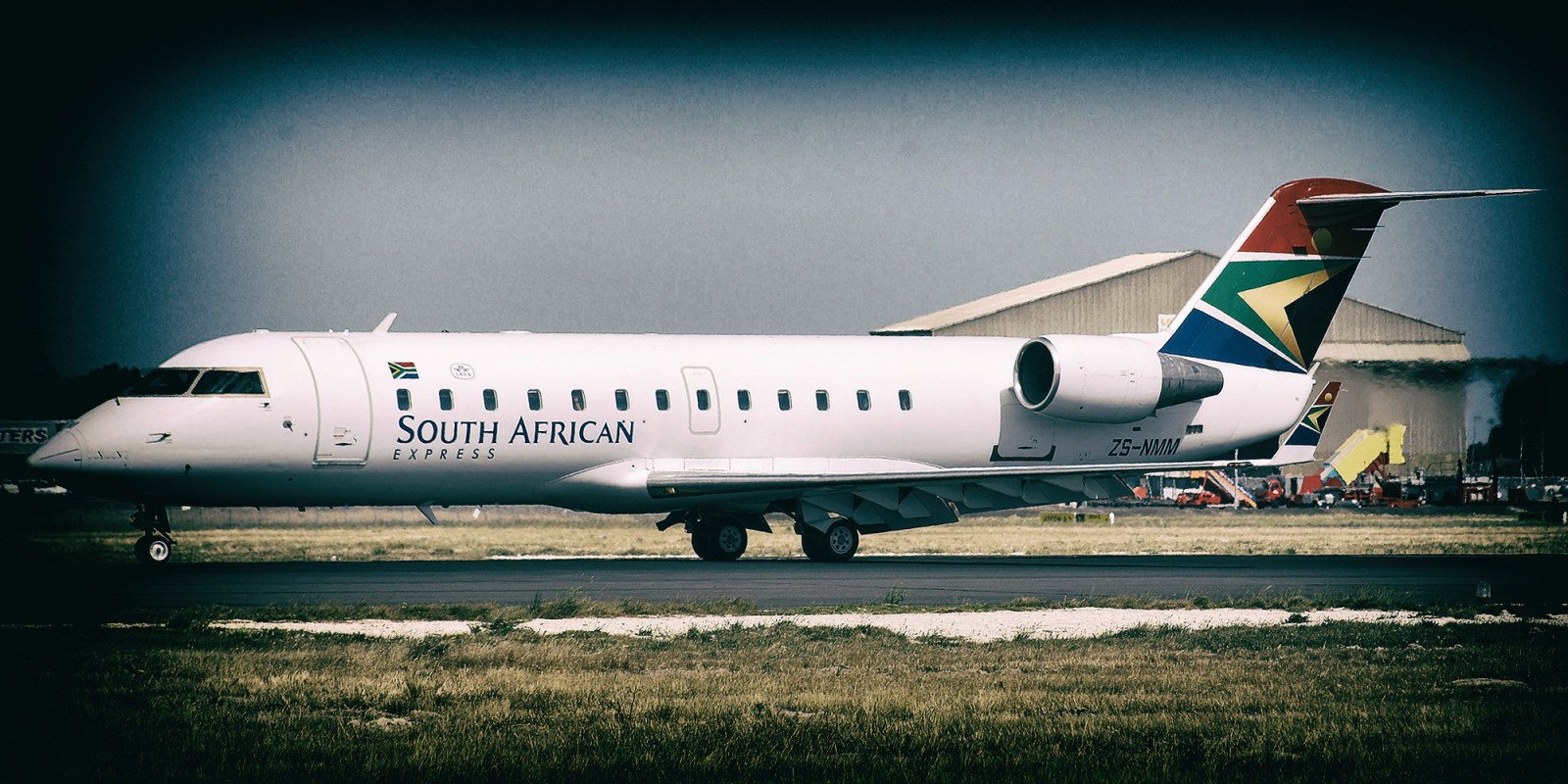 In a report submitted to the High Court in Johannesburg, appointed business rescue practitioners Phahlani Mkhombo and Daniel Terblanche have accused the Department of Public Enterprises of interfering and undermining their efforts to restructure the state-owned airline. SA Express is on the brink of liquidation as the R438-million it requires from the government to fund its operations has failed to materialise.

The business rescue practitioners of SA Express have broken their silence on how the Department of Public Enterprises is allegedly undermining their work to restructure the struggling state-owned airline, accusing department officials of plotting their removal on two occasions.

Since SA Express was placed under involuntary business rescue by the High Court in Johannesburg on 6 February 2020 – following a court application by the airline’s former service provider, Ziegler SA – the appointed rescue practitioners said they have been met with “open hostility and aggression”, in their engagements with the department.

SA Express is a state-owned airline, whose flight routes typically serve smaller cities in SA and neighbouring countries as a feeder to South African Airways.

In a report submitted to the High Court on Tuesday, 10 March 2020, the appointed rescue practitioners, Phahlani Mkhombo and Daniel Terblanche, said they have been reliably informed that the department has engaged with Ziegler SA to “persuade them to withdraw the business rescue application”, or remove the duo from restructuring the airline.

“The department was of the view that they (the appointed business rescue practitioners), could not be trusted as they were nominated by the applicant (Ziegler SA), and therefore not independent. This was met with firm resistance by the applicant creditor (Ziegler SA),” Mkhombo and Terblanche said in their report, which was seen by Business Maverick.

The report was also circulated to SA Express creditors.

The report details the work Mkhombo and Terblanche have been doing to restructure SA Express, which faces liquidation because the R438-million in Post Commencement Finance (PCF) that the airline requires from the department and National Treasury has failed to materialise. The PCF, which is guaranteed by the government, is important as it would allow SA Express to continue operating over six months ending July 2020 and borrow funds from commercial banks while it is being restructured through a business rescue process.

Without the urgent funding, Mkhombo and Terblanche will struggle to pay March 2020 salaries to about 691 employees as SA Express’s working capital crunch meant employees were only paid their salaries in February 2020 and no other benefits such as unemployment insurance, pension and medical aid. More planes that SA Express leases will be grounded as the airline has racked up unpaid bills of R70-million for leases on four already-grounded planes and R6-million in outstanding aircraft insurance payments. Underscoring SA Express’s dire financial position is that on 6 March 2020, the airline’s bank balance was R1.4-million, but it had R17-million in critical payments that were due on the day.

Another incident to remove rescue practitioners

Mkhombo and Terblanche have requested several meetings with the Department of Public Enterprises since 12 February 2020 to discuss PCF for SA Express – but this “fell on deaf ears” as the “department did not bother to respond to the BRPs requests”.

“It became apparent that the department was determined to frustrate the BRPs and the greater business rescue process after failing to persuade the applicant creditor (Ziegler SA), to remove the BRPs or alternatively withdraw the business rescue application and/or ambush the BRPs at the first meeting of creditors by getting creditors to vote against the ratification of the BRPs.”

On one occasion, it took an intervention by Mkhombo and Terblanche’s lawyers to secure a meeting on 25 February 2020 with the department’s deputy minister, Phumulo Masualle, about the SA Express PCF. No funding has since materialised from this meeting.

“On several occasions, it was the BRPs who were accused of being hostile and aggressive in their application to place the company under business rescue. What the department failed to understand, and with respect still fails to understand, was that the independent BRPs were not affiliated with the applicant creditor (Ziegler SA), had never met with the applicant creditor and were nominated as the interim BRPs in the court application, with a subsequent appointment by the court as interim BRPs. This again demonstrates the lack of understanding of the business rescue process on the part of the department.”

The department didn’t immediately respond to a request for comment.

However, it previously said that the rescue practitioners have not presented a credible business and rescue case, which has delayed the release of PCF to SA Express. Mkhombo and Terblanche have suggested two options for restructuring SA Express; winding down SA Express, or the introduction of strategic equity partners in the airline. On the latter, Mkhombo and Terblanche have already encountered four companies that are keen to inject capital in SA Express, among them, Air Mauritius.

In a 26 February 2020 letter accompanying the report to SA Express creditors, Masualle said his department “supports the business rescue process and is committed to working with you as the appointed BRPs to find the best restructuring solution for SA Express”.

Masualle informed Mkhombo and Terblanche that before they proceed with vetting potential strategic equity partners, he needs to approve any transaction under the Public Finance Management Act, which requires the permission of the executive authority for a range of transactions and decisions. “In principle, I support your approach to explore all the options available including, but not limited to the introduction of a strategic equity partner, sale of the business as a going concern or sale of the entire issued share capital of the business,” Masualle’s letter reads. BM