South Africa's economy:  ‘We are in a quagmire’

South Africa’s economy:  ‘We are in a quagmire’ 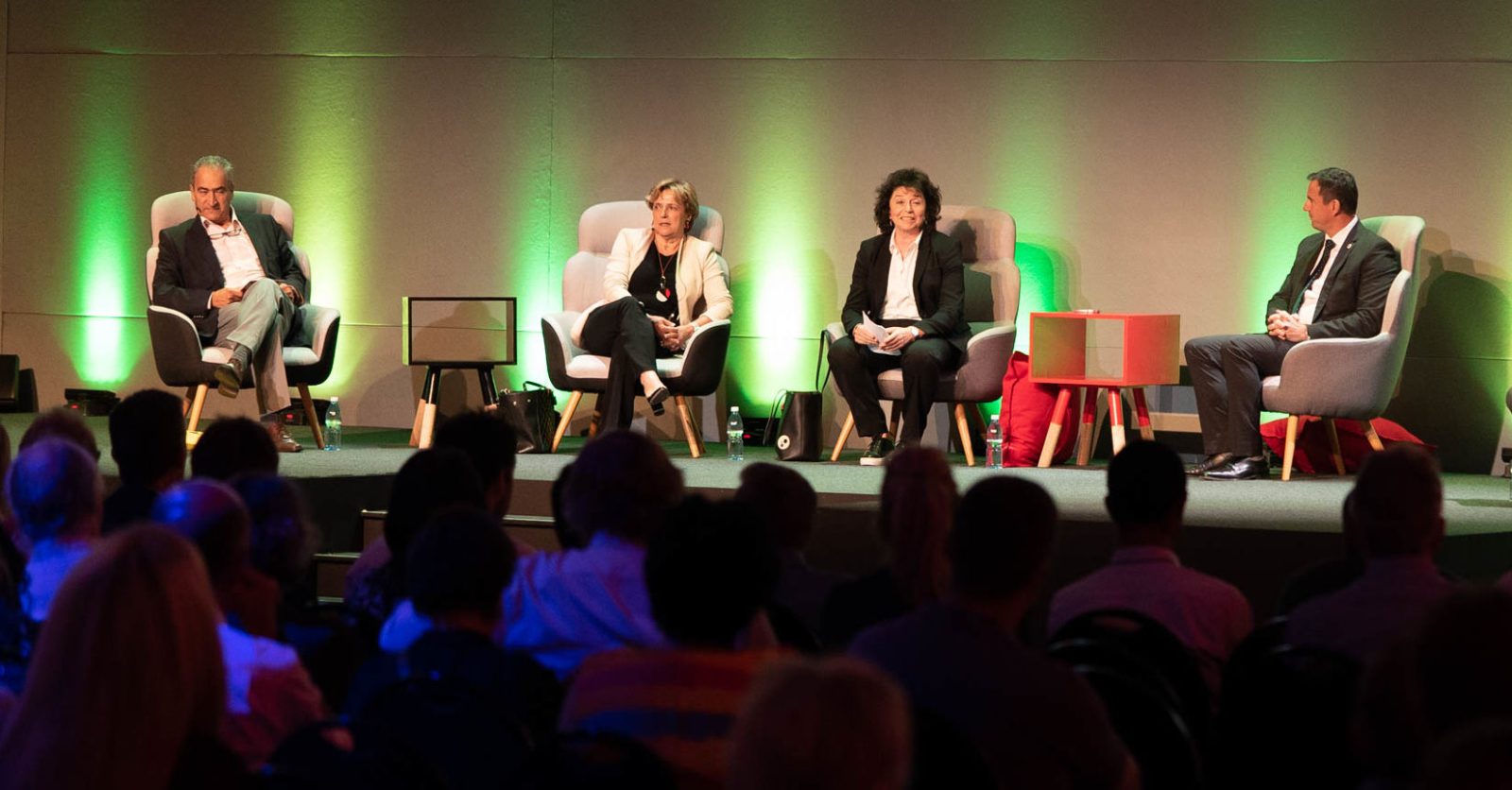 South Africa's economy is in a very bad space, with growth that is sputtering at best and possibly mired in a prolonged recession. It is in a quagmire, as Ann Bernstein, Executive Director of the Centre for Development and Enterprise told Daily Maverick's The Gathering. The panel had a few sensible suggestions to get growth going again.

South Africa’s economy grew just 0.2% in 2019 and ended the year stuck in the rut of recession. Debt has been mounting and a Moody’s downgrade looms as the chickens of the lost Zuma decade come home to roost. But is there a way out of this mess, which has saddled South Africa with an unemployment rate of almost 30% and further entrenched the disfiguring disparities of apartheid?

In a lively panel, South African Economy — the way out of the quagmire, panelists Maria Ramos, *Iraj Abedian and John Steenhuisen offered some observations about how South Africa got here, and provided some sensible suggestions on the way forward.

Ramos, who was a widely respected DG at the Treasury before she went on to other things, including the helm of Absa, noted that: “Over the last decade we saw our public finances get frankly out of control… And the quality of our spending is very low.” The shining example on this front, she said, was Eskom.

“Money has been spent on unproductive activity,” she added. This was probably a polite way of saying that money has been squandered employing people for reasons of patronage who have stuffed government departments and spend much of their time on Facebook or playing Solitaire.

Interim DA leader Steenhuisen pointed to the ANC’s penchant for state control, which has crowded out private activity, while Abedian, who is a well-known economic commentator, said there had been a “terrible loss of institutional integrity”.

Moderator Bernstein then asked the panel to name three actions to get economic growth going again.

Steenhuisen said that “NHI, expropriation without compensation, and prescribed assets” were policies that President Cyril Ramaphosa needed to “walk away from” because they basically scare the “bejesus” out of investors. He also said government needed to get off the back of business — pretty standard DA fare but one that is embraced by some in the ANC. He also suggested a rethink of empowerment models to make the policy more broad-based.

Abedian said it was crucial to “re-establish political leadership credibility. If the President says we are going to do this next week, next week means next week”. He also said Ramaphosa needed to “stop talking about investment at conferences… Stop promising, report what you’ve done”. He went on to say that the capability of the state must be restored, suggesting a national delivery service institution that should rely heavily on the private sector to get things done, with political oversight from the public sector.

Ramos said it was vital to “stop talking and start doing” and to “reduce the number of priorities… There are only so many things you can do”. On that score, she said sorting out the shambles that is public transport needed to be “sorted out”. If people can’t get to work, the economy can hardly function.

Asked if “BEE was a justifiable cost on growth?” Abedian responded that this was “a false dichotomy. You cannot have this level of disparity and have a prosperous, sustainable society … It is a requirement for growth”.

Ramos noted, to warm applause, that: “Apartheid was a system that deprived people of opportunity simply based on race.” She said that if empowerment was implemented properly, South Africa’s economy would be growing more briskly.

The bottom line is that there is a quagmire, but there are ways out of it. DM

* Iraj Abedian is director of Inkululeko NPO, which houses Scorpio, Maverick Citizen and Our Burning Planet.