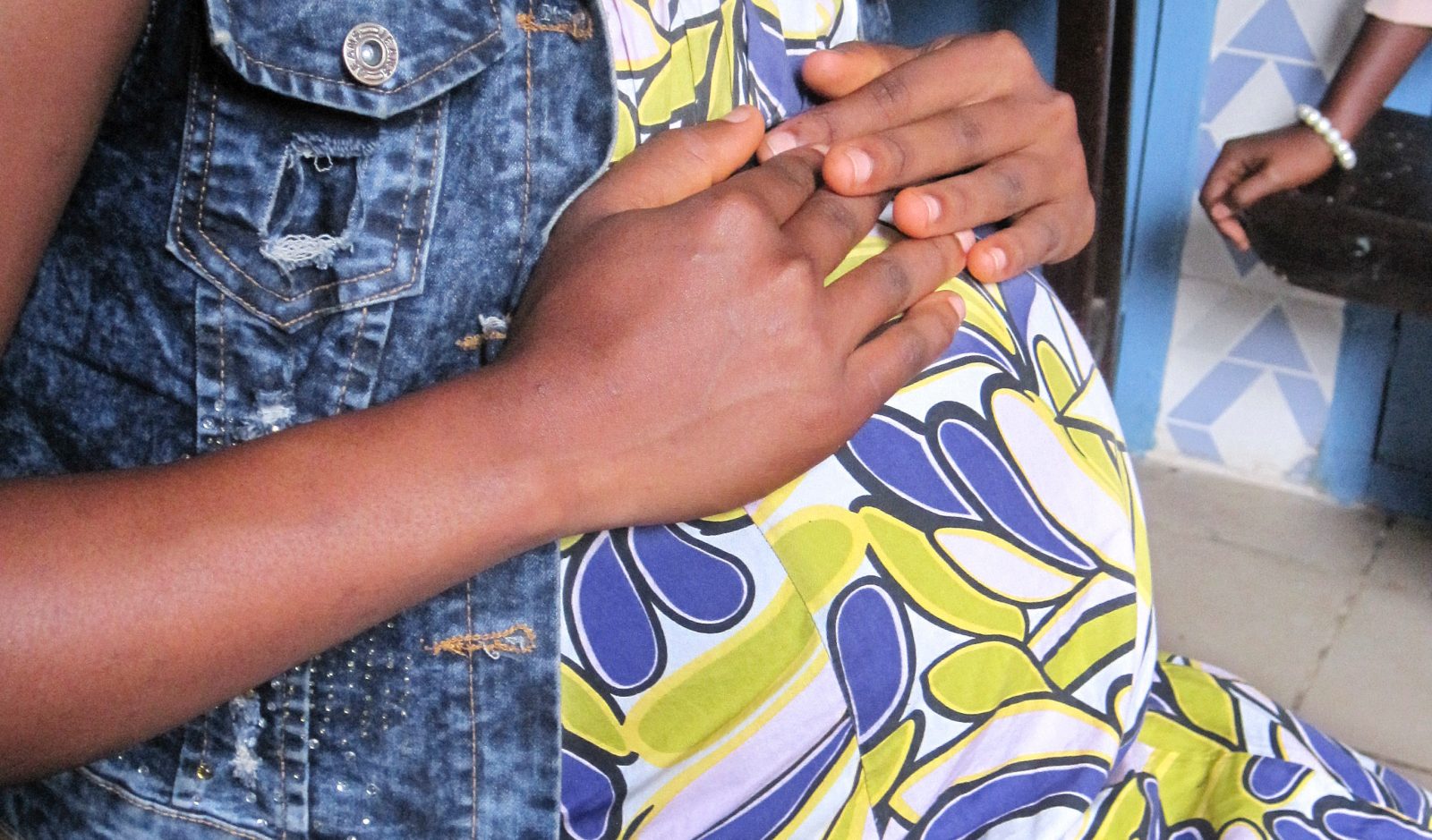 Of 3,140 women surveyed, 16% reported that they last visited a health facility in April or earlier. (Photo Amnesty International )

“I was doing well at school… but I had to stop going to school because I got pregnant. My family was counting on me, but I have disappointed them.”

I will never forget the heartbreaking words of Rugiatu (not her real name), a Sierra Leonean schoolgirl who told me her story in June 2015. Rugiatu had been expelled from school after getting pregnant, lessening her chance to help her family get out of poverty.

This blatant injustice was the result of a policy which was introduced in April 2015, just before schools reopened following the Ebola crisis, banning visibly pregnant girls from attending school and taking exams.

The impact of this discriminatory law was amplified by the fact that the Ebola crisis saw a spike in teenage pregnancies, due to a combination of factors including months of school closures and a surge in sexual violence during the outbreak.

Rugiatu is aware of how a lack of access to education is likely to keep her and her entire family in the poor conditions they are living in.

Forced to have sex with men in exchange for food

Many girls whose parents had died from Ebola were forced to have sex with men in exchange for protection or food. Rugiatu was one of hundreds of girls whom I interviewed with my Amnesty International colleagues in focus groups that year. Girls told us how they had dreamed of becoming lawyers, doctors and teachers before the school doors slammed shut.

They described feeling stigmatised and humiliated by their schoolmates and teachers, who whispered about them, and they expressed their frustration that they were being punished while their male counterparts were not. They felt that they were being treated like criminals and wanted to disappear and lock themselves in their homes.

Being in Sierra Leone also gave us the opportunity to talk to international and local NGOs and donors, as well as to the authorities, to see how they could justify such a discriminatory policy. The findings of this first mission and subsequent ones were included in different reports, campaigning materials and advocacy papers which Amnesty International used to mobilise national and international public opinion about the injustice that pregnant girls in Sierra Leone were experiencing.

My colleagues and I were so moved by these girls’ stories, and so outraged by the injustice they faced, that we intervened in a legal case brought by two NGOs, Children Welfare Society Sierra Leone (CWA-SL) and Women Against Violence and Exploitation in Society (Waves), to challenge the ban.

The case was submitted to the Ecowas (Economic Community of West African States) Community Court of Justice in Abuja, Nigeria, in May 2018. In our amicus brief, Amnesty International presented evidence to the court of the human rights violations we had documented, as well as relevant international and regional human rights laws for the court to consider.

On 12 December 2019 the judgment of the Ecowas court was released. It found that Sierra Leone’s ban was discriminatory against pregnant girls and should be revoked with immediate effect.

I felt immense joy, thinking of Rugiatu and the other girls and how the court had agreed with their keen sense of injustice. At the same time, I knew this judgment was just a first step in a long battle that pregnant girls in Sierra Leone, as well as others in Africa, still have to fight to secure their right to education.

The court stated that the ban was a breach of Sierra Leone’s commitments under its own regional and international laws including the African Charter on Human and Peoples Rights and the UN Convention on the Rights of the Child. It affirmed education as a human right and said it is the responsibility of the state to ensure that males and females are afforded equal opportunities to education without discrimination. The court also considered that separating pregnant girls is stigmatising and could be seen as punishment for being pregnant.

Significantly, the court also ordered the state to develop strategies and campaigns to address the negative societal attitudes towards pregnant girls attending school. The court was saying that punishing girls by expelling them from school will not reverse the high rates of teenage pregnancies in the country.

The court also called for sexual education and family planning measures to allow girls and women in Sierra Leone to fully enjoy their sexual and reproductive rights.

It was particularly gratifying to see the court acknowledging the Amnesty International amicus as being instructive in reaching its decision on the merits of the case.

Despite all the challenges, the Ecowas court judgment is a victory for all those girls who, when they became pregnant, saw their futures fading. It’s a victory for those people who have been defending these girls and human rights, for all those girls in other African countries, such as Tanzania and Equatorial Guinea, who are suffering under similar policies and who can now hope that their governments will change these policies.

I still think about Rugiatu and her little baby boy. When I met her she hardly knew how to hold her baby in her arms. She was stigmatised for having been a teenage mother. Rugiatu was determined to go back to school once the baby grew up a bit and she found some help to take care of him. She didn’t want Sierra Leone’s government and its unfair and discriminatory ban to destroy her own dreams of becoming a lawyer and defending the rights of others, including those who are in a similar vulnerable situation.

I am sure that Rugiatu would be very happy with the Ecowas judgment. It should mean that thousands of pregnant schoolgirls will be able to go to school, and become the lawyers, the doctors and the teachers they want to be. On International Women’s Day that is something worth celebrating. MC

Editor’s note: the rights of pregnant learners is also an issue in South Africa. Learners’ rights in SA are explained in a chapter in SECTION27’s Basic Education Rights Handbook. A policy on the Prevention and Management of Pregnancy in Schools has been finalised by the Department of Basic Education but not yet made public. The draft is available here.

Marta Colomer is an Amnesty International senior campaigner and acting deputy campaign director in the Dakar regional office. She leads the organisation’s campaign and advocacy work in West and Central Africa’s anglophone and Lusophone countries. She has taken part in several missions in Sierra Leone advocating for the ban on pregnant schoolgirls to be lifted.