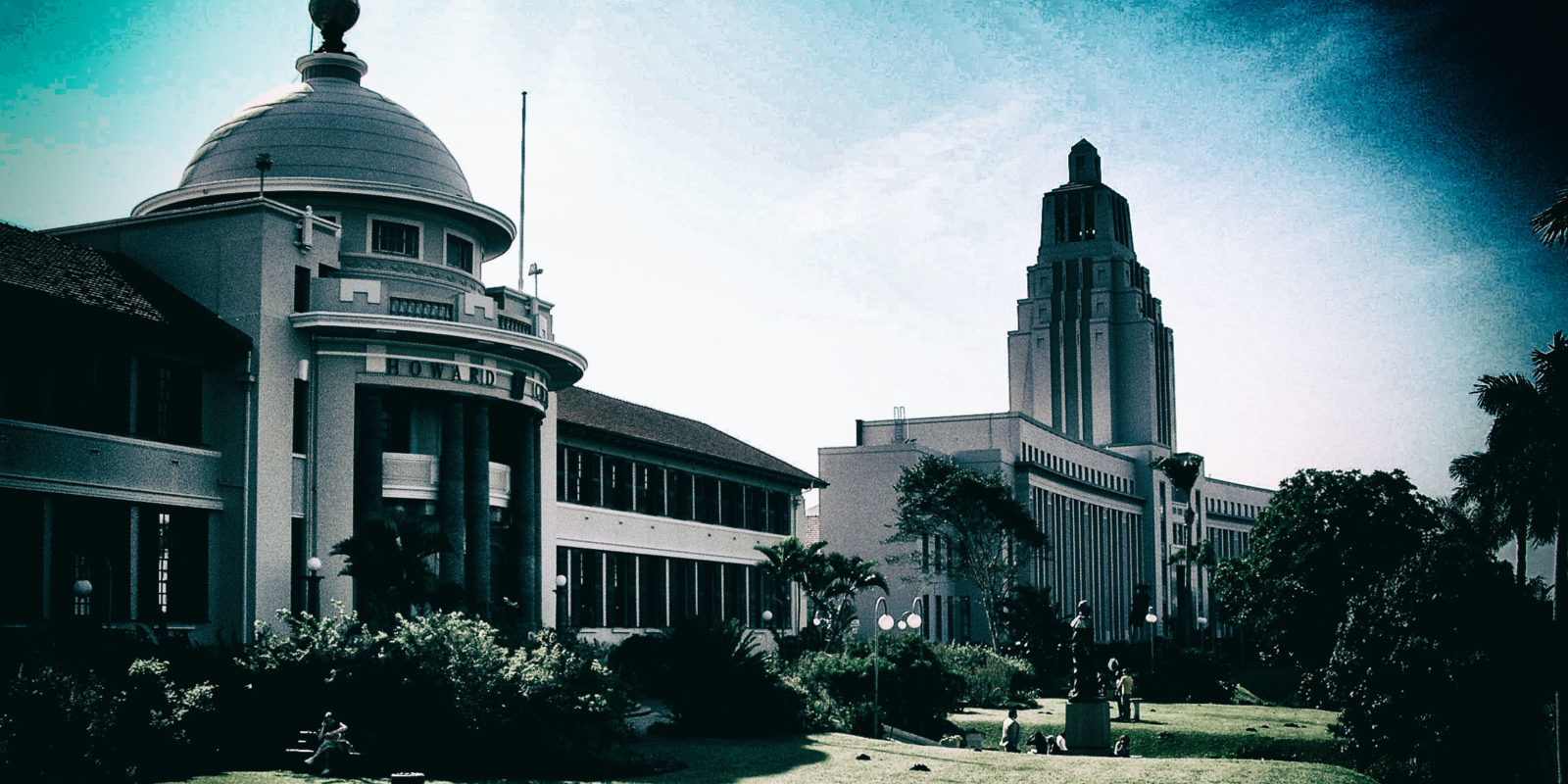 Students at the University of KwaZulu-Natal have suspended protests until Friday. (Photo: Flickr/donotxtouchme)

Student leadership at the University of KwaZulu-Natal say they do not agree that a compromise has been reached on their demands, but that they will hold off with protests until Friday.

After weeks of running battles between campus security, police and students, and despite the University of KwaZulu-Natal (UKZN) stating on Wednesday that it had reached a compromise with student leaders, the university’s SRC told Daily Maverick that should its demands not be finalised by Friday, “striking” would continue.

UKZN released a statement on Wednesday 26 February about the outcome of a council meeting on Monday, convened to discuss ongoing student demands.

“We are not in agreement with anything in that statement,” SRC president Sifiso Simelane told Daily Maverick on Wednesday night.

“We disagree with regards to the students on NFSAS (National Student Financial Aid Scheme). This issue must be cleared by Friday.”

Should the issue of student debt not be resolved by Friday, protests would resume, he said.

“We will strike if this is not done by Friday, on all campuses. Management knows this. If we need to strike to December, I don’t mind.”

UKZN said it has registered R31-million in damages since the start of the year due to criminal acts and violence during the student flare-ups. An elderly professor was assaulted by a student last week. The attack was recorded and went viral on social media.

The university acknowledged the legitimacy of finding solutions to the challenges facing students who were NSFAS-funded for 2020 but had historic debt that they were unable to settle prior to registration.

It urged stakeholders, including the SRC, to work together to find the money to assist the students with their debt.

It was also still not possible to offer free enrolment for unfunded students whose annual household income was below R350,000, reiterated the institution, “when even government policy on fully-subsidised higher education does not provide such funding”.

The institution has previously said that as of December 2019, student debt stood at R1.7-billion.

The university did, however, say it would review its policy on academic monitoring and exclusions.

It also accepted a proposal by the SRC to be referred to the senate to review 31 cases of academic exclusion of students to “appropriate sub-committees for reconsideration”.

Students told Daily Maverick that campuses had been peaceful on Wednesday, with security staff still visible.

“It looks as if it’s getting back to normal, but we will have to wait and see,” said a student based at the Westville Campus.

The university said the academic programme had been “progressing smoothly” on all campuses this week.

“With less than two weeks before our registration period closes, the overwhelming majority of our students (86%) are registered and attending classes,” it said.

The SRC has demanded debt relief for non-NSFAS students, safe and affordable student accommodation, funding for previous NSFAS beneficiaries now doing postgraduate studies, and that students who have been excluded on the basis of poor results be allowed to continue studying. DM