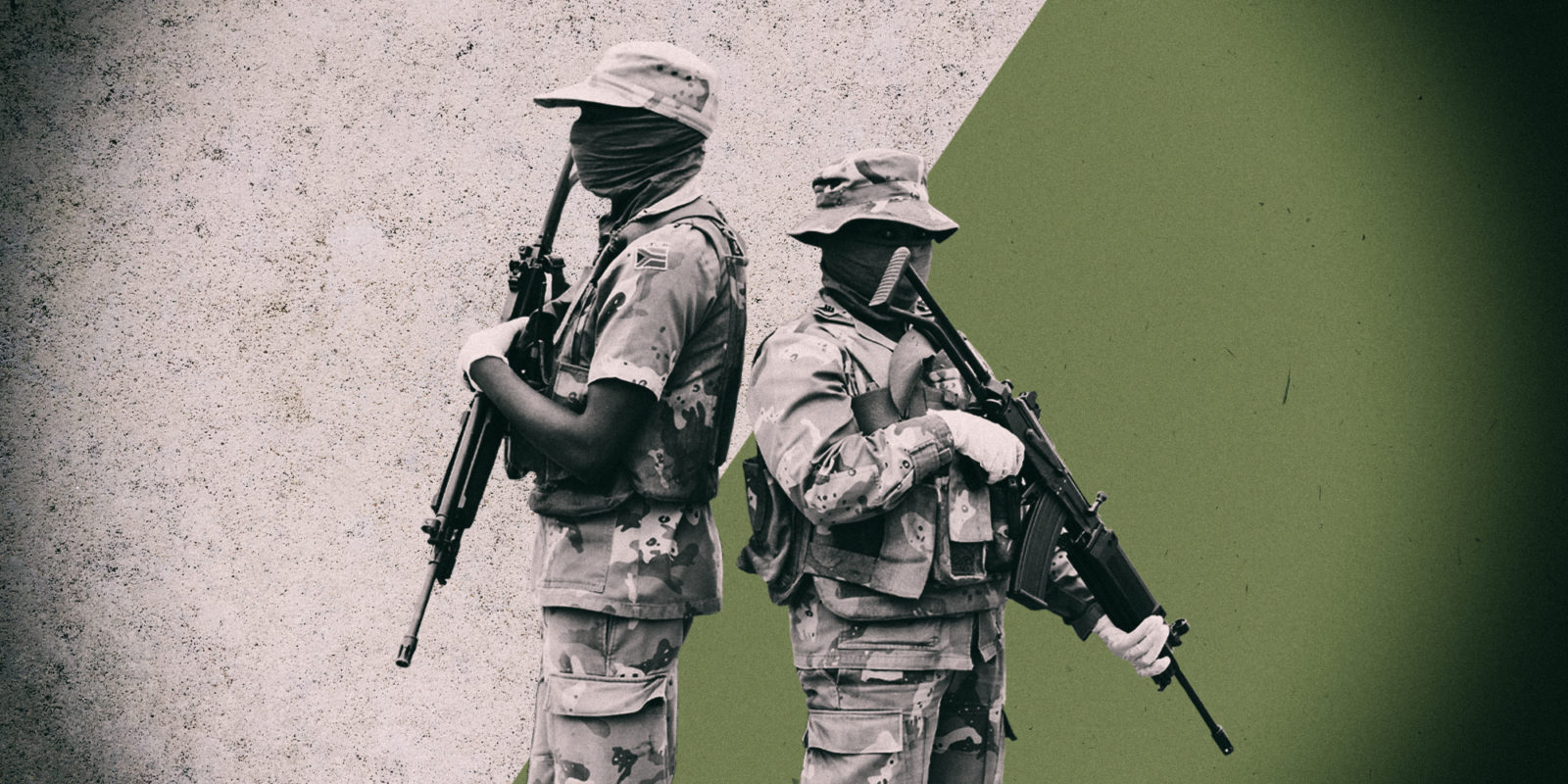 Former South African Airways board chairperson Dudu Myeni testifies at the Pretoria High Court on 24 February. The Organisation Undoing Tax Abuse and the SA Pilots Association want Dudu Myeni to be declared a delinquent director. She is accused of mismanagement during her six years as SAA board chairperson. (Photo: Gallo Images / Phill Magakoe)

Hearings into whether Dudu Myeni is a delinquent director continued on Monday, albeit haltingly, as the former SAA chairperson struggled to explain why she allegedly flouted due process and intervened in a deal with Airbus.

Former SAA chairperson Dudu Myeni has struggled to explain why she disregarded a previous board decision and instruction from the finance minister to sign a leasing deal with Airbus in 2015 and instead tried to alter the agreement without board approval.

It was Myeni’s third day testifying in the North Gauteng High Court on Monday, where the Organisation Undoing Tax Abuse (Outa) and SAA Pilots’ Association (Saapa), are trying to have her declared a delinquent director to bar her from serving on boards in the future.

During cross-examination, advocate Carol Steinberg, representing Outa, outlined the timeline of the proposed SAA deal with Airbus, which Myeni has been accused of obstructing.

On 31 March 2015, the SAA board approved an agreement with Airbus to change a 2002 aircraft purchase deal to a lease agreement that would see the airline flying the more efficient A330s rather than A320s. It would also save SAA billions in pre-delivery payments that would probably have forced it to request further government bailouts.

SAA had to submit a section 54 application to Treasury to have the deal approved and then-finance minister Nhlanhla Nene gave the go-ahead after requesting further financial details. He instructed the board to ratify the deal and have the SAA CEO and CFO sign it by 18 September 2015. The board made no such instruction.

Instead, Myeni wrote to Airbus on 29 September 2015 “on behalf of the board” saying it had resolved to do the deal “slightly differently” and introduce an unidentified African aircraft leasing company as a middleman.

The first issue regarding Myeni’s obligations as a non-executive director is that in March she had already told the minister the board was fully behind the proposed deal.

On Monday, she read correspondence from board members Dr John Tambi and Yakhe Kwinana, sent months after the March 2015 resolution, who expressed doubts about the deal.

If pursuing the new proposal, the board would have been required to submit an application to amend its section 54 application to Treasury and Myeni said SAA could request the application be modified if circumstances changed. No such request was made before she wrote to Airbus introducing major changes to the deal.

“So you write to a supplier and tell him that SAA has decided to do something differently when there’s no board resolution, there’s no amended section 54 application to the minister and there’s no procurement process in sight. Is that correct?” asked Steinberg.

Myeni maintained that there was a board resolution to introduce a local leasing company but the hearing slowed as Steinberg repeatedly pointed to evidence that no such decision was taken.

Regarding the meeting where Myeni suggested the board may have approved introducing a middleman, Steinberg said it was impossible as there were only four board members present and two of them opposed the new direction.

At times, Myeni appeared to contradict herself. At one point, she claimed SAA company secretary Ruth Kibuuka wrote the letter to Airbus and she merely signed it. She claimed that the reference to board approval was a “technical error” she had overlooked after a long day.

“This cross-examination is taking an inordinate amount of time because the witness simply does not answer questions,” said Steinberg during one of a number of tense interactions.

Airbus had warned that if the deal failed, SAA would have to immediately pay $17-million in pre-delivery payments under the 2002 deal and more in the future.

In reply to Myeni’s September 2015 letter, the company told her the proposal was never part of discussions and “cannot be entertained at such a late stage as a condition to this transaction which would severely compromise Airbus’s ethics and compliance guidelines”.

Judge Ronel Tolmay asked if there was any indication of what better leasing deal was available and how the agreed deal could be delayed considering the serious financial consequences. Myeni said there were multiple options that could have been pursued.

Myeni was last week questioned about her alleged role in obstructing a deal with Emirates that would have earned SAA a guaranteed $100-million in additional revenue annually. She has claimed she acted in the airline’s best interests and always made decisions as part of a collective.

SAA was placed under business rescue in December 2019.

The hearings continue and are expected to finish this week. DM

South Africa suspends use of J&J Covid-19 vaccine, ‘hopefully for only a few days’