Like him or not, Bernie Sanders is the US presidential candidate who can change the face of the country 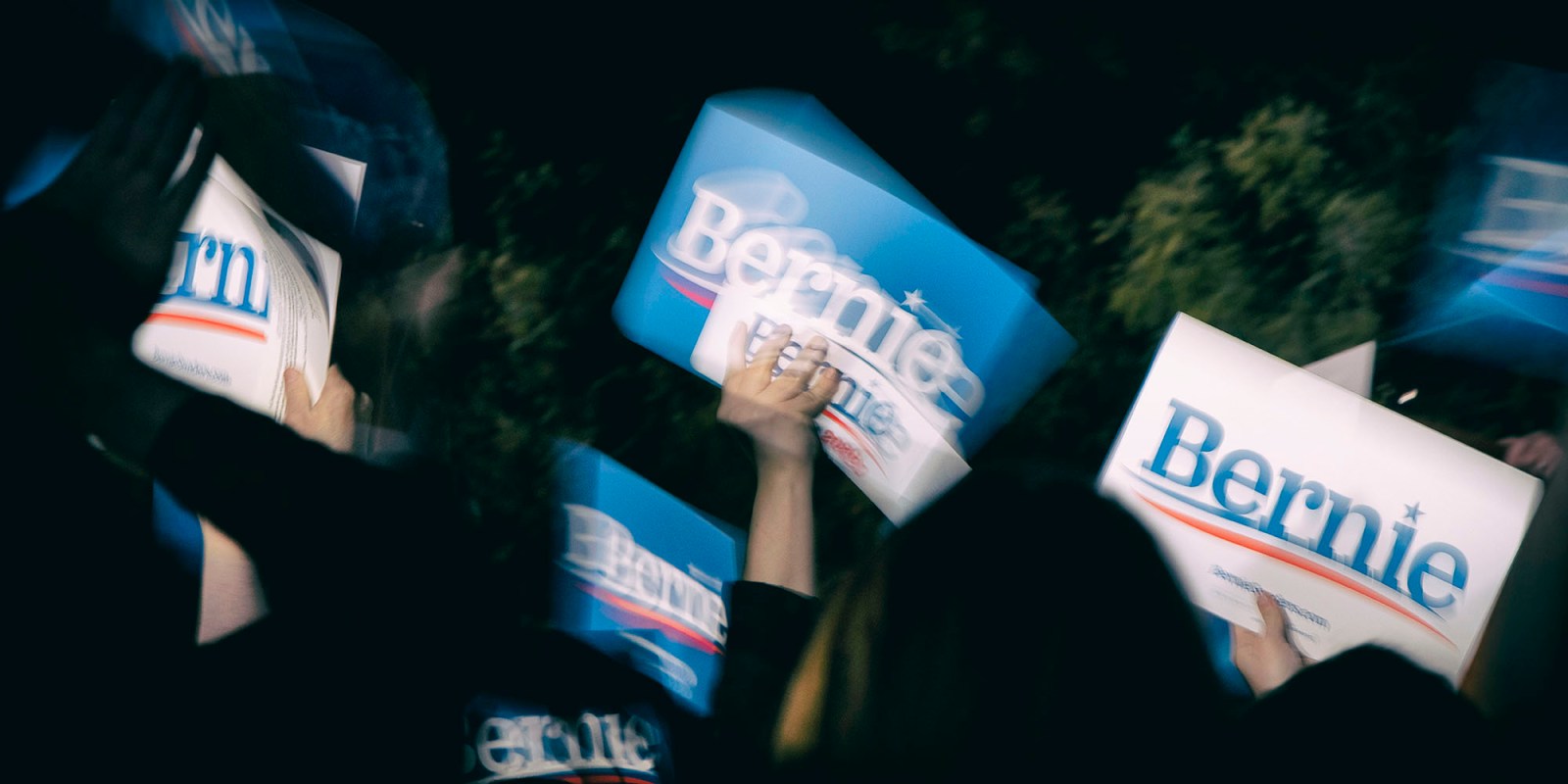 Disenchanted US voters support Bernie Sanders because they are tired and frustrated with being so ruthlessly excluded while a few in America continue to blatantly get and keep most quality-of-life resources and privileges for themselves.

The mainstream media in America is not totally fake news. It is simply the instrument of corporate capitalists who are determined to keep America controlled by the white, mostly male, rich and highly privileged in ways harmful to most Americans, no matter our demographics.

This is seen in how much the mainstream media gurus along with the establishment of his own party and of course the Republicans have been opposed to Bernie Sanders. And it is embarrassing and should be embarrassing to all of us about the motivations behind the opposition in a nation in which most people are hurting immensely due to the way corporate capitalists who have corrupted our politics and have denied most of us decent affordable quality education, food, healthcare, housing, breathable air and drinkable water.

And we stand by and let it happen, so corporate capitalists want us to believe their mislabelling of Sanders as a socialist, and worst yet as a communist. Anyone who listened in to the whole last Democratic Party debate unfiltered by media sound bites heard  Senator Sanders clearly explain his stance as a democratic socialist.

We admire the democratic socialism of Scandinavian countries renowned for government benefits for every citizen to have a decent quality of life. As Sanders said very well, America is the only major power in the world which largely takes care of the privileged and gives crumbs at best to the unprivileged. That is the way it has always been in America and it needs to stop.

That is why Sanders captured Nevada this weekend after the electorate experiences in lily-white Iowa and New Hampshire, and will continue to steamroll in states where the demographics are the most diverse and reflective of the growing dominance of the non-white electorate in America. It is the electorate of today and tomorrow… young Latinos and African-Americans, with older voters who need to get on the bandwagon lest their few guaranteed benefits are yanked away.

People voted for Sanders not because of the political label he has been tossed by the media and by establishments of both parties, but because they are tired, they are frustrated with being so ruthlessly excluded while a few in this nation continue to so blatantly get and keep most quality-of-life resources and privileges for themselves.

The other surviving candidates are simply not getting it, thinking the new dominating non-white electorate will embrace their identity politics while ignoring their empty stomachs, pocketbooks and wallets, and their inferior or no healthcare and education. This electorate would vote for a woman just as much as they are crazy about Alexandria Ocasio-Cortez, providing she does not come off like some abstract elite professor or moderate, tough on people like them, who has no real passion about letting them into the societal gate.

They would even get behind the failing favourite of the corporate media — a  white male gay local politician candidate. That’s even though their cultural preference is to keep sexual orientation private rather than a public display, and if he was not so white-privileged in his identity, and his courting of billionaires, and was rather solidly for people like them without patronising their racial dehumanising by equating his public admission of his sexual orientation as a white who can come and go out of his closet door when he pleases.

And when it comes to the old fashioned types like Biden and Bloomberg, who have such spotty pasts in their stands on racial justice, they are not fools. They may not read that much and write less, but they see and they hear — and are tired and sick, and sick and tired, of Great White Hopes who when elected to office do nothing for them except tossing a bone or two.

The corporate capitalists need to wake up in America and smell the coffee of the change already here. People who voted for Obama both times, but sat out 2016, just might go to the booths again in 2020 — they are very similar but on the other extreme to the white forgotten who Trump rallied and organised as a base — will come and vote Bernie Sanders in. Change often comes kicking and screaming, even when it is for the good of all of us.

There is nothing wrong with living in a society in which all are treated with decency and have the same decent quality of life… nothing at all. In fact, we will all be better off to live in the kind of democracy Americans profess to have, but have yet to realise unless they are wealthy.

And I say all of this not as a Bernie fan — which I am not, and I refuse to labour under any political label. I write as a man chasing after the heart of God who wants justice and peace for all, including for people like us, the ordinary people, especially those of us whose freedoms and privileges have to be daily fought for since our ancestors came to America, forced or voluntary, from shores and lands other than those in Europe, and those from Europe though still down under like the rest of us, and thus too are people like us.

What all this means is that what we see going on in America is the slow death of white supremacy across the mainstream political spectrum and to the left and to the right of its fringes. And as it crumbles, in its place is the rising chorus of equality and empowerment for everyone. It is what House Speaker Nancy Pelosi to the left and her feud with younger non-white women politician colleagues, and President Trump with his White House band of ultra-right influentials, just don’t get.

It is over for the likes of them, the white entitled and otherwise privileged, too comfortable with the contradiction of pledging commitment to a nation with exclusive people like them in control of the societal political order. If not in 2020, then in 2024 we will see the white supremacy dam burst fully and a brand-new, much more inclusive than ever seen before society begin to materialise, including people like us — all of us. DM

Prof John H Stanfield II is SSR chair of African Studies at the University of Mauritius and director of the Institute for the Advanced Study of African Renaissance Policies Ideas.