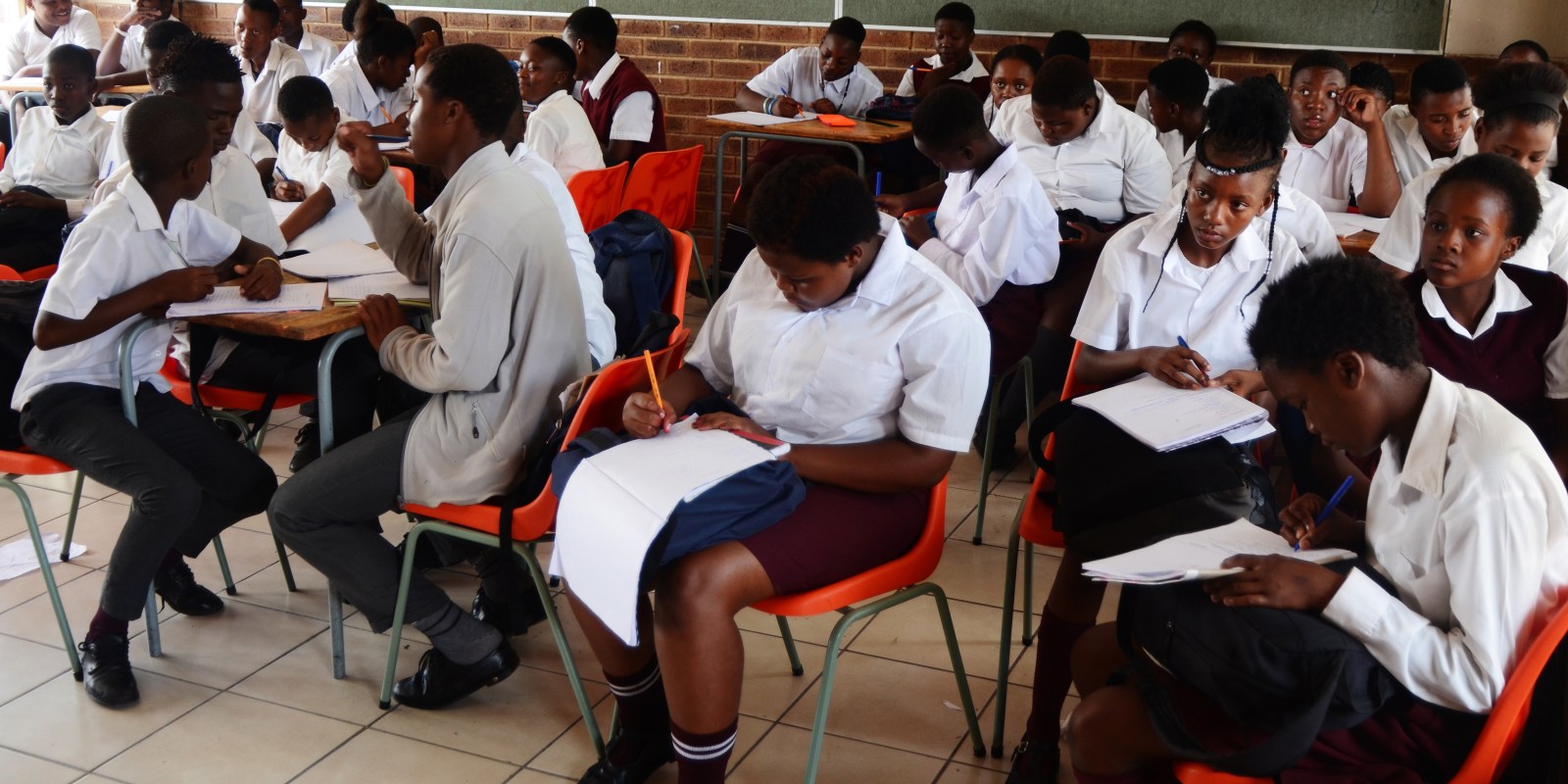 Why do African languages continue to occupy the lowest place on the curriculum in previously white schools in South Africa? In most ex-model C high schools in Cape Town, for example, isiXhosa classes are undersubscribed and those who do enrol are almost exclusively black home language speakers of isiXhosa.

One of the reasons for the lack of status afforded African languages, is that ex-model C primary schools generally do not offer an African language as a compulsory academic subject. So, learners do not receive the preparation they need to study it as a subject at high school. A review in January 2020 of 10 previously white, English primary schools in Cape Town revealed that all 10 prescribe Afrikaans, not isiXhosa, as the second language.

Many of these same primary schools do offer isiXhosa as a third language, which is taught at a conversational level, but this subject is not required for promotion. The result is that schools allocate fewer resources to third languages: less teaching time, less staffing, little reading or writing and fewer books. Once learners get to high school, they are unprepared to take an African language as an academic subject.

Language policies that privilege English and Afrikaans may suit the historical population of white children, but those policies marginalise African language speaking children (Another group which is marginalised by the status quo, is children who speak non-standard varieties of Afrikaans, such as Kaaps). In effect, apartheid language hierarchies continue to be reproduced and continue to privilege those who were advantaged in the past.

What gets in the way of change?

The 1997 Language in Education Policy is aimed at redress for the ills of apartheid and equity for all South African languages. Yet, the most prestigious primary schools are lagging behind on African language subject provision.

At the school level, it is the role of the School Governing Body (SGB), where parents are in the majority, to determine the language policy of state schools. This provision was instituted in the Schools Act of 1996 as part of the negotiated settlement at the end of apartheid. It can work to safeguard the ethos of previously white schools. But SGBs can also be levers for change. In fulfilling their role in 2020, SGBs must consider the language needs and aspirations of a diverse parent and learner body.

Steps have been taken by the Department of Basic Education to increase the provision of African languages in ex-model C schools. For example, the Western Cape Education Department (WCED) aims to roll out the Incremental Introduction of African Languages (IIAL) in 900 schools by 2020. The IIAL strategy however, continues to position English and Afrikaans as academic subjects, and African languages as third, or conversational languages only. The WCED offers no support to schools to fund teachers, allocate teaching time, or provide textbooks and other materials in isiXhosa.

What are the consequences of limited African language provision?

English monolingual children, on the other hand, are disadvantaged by a lack of communication skills across racial differences in our country. English and Afrikaans speaking children are not taught to respect African languages, and by extension the people who speak them, as equally suited to carrying academic meanings.

All children are also under-skilled for professions such as medicine, speech and occupational therapy, law and teaching, where communication in an African language is essential.

Establishing African languages as academic subjects could contribute to disrupting the colonial and Apartheid hierarchy of ways of knowing and being.

What creative solutions are possible?

It will take political will and effort on the part of all stakeholders to change the unjust treatment of African languages at previously white schools. Not least, staff recruitment patterns will need to shift in favour of teachers who can teach an African language as a second language. It is up to parents, staff, SGBs, provincial and national education departments, tertiary institutions and publishers to work together to establish African language learning pathways from early childhood into tertiary education and beyond.

The time has come to act decisively and urgently. In order not to be disadvantaged, Grade 1s entering previously white schools in 2021 need to be offered African languages as academic subjects. MC

Babalwayashe Molate and Robyn Tyler write on behalf of the bua-lit language and literacy collective.