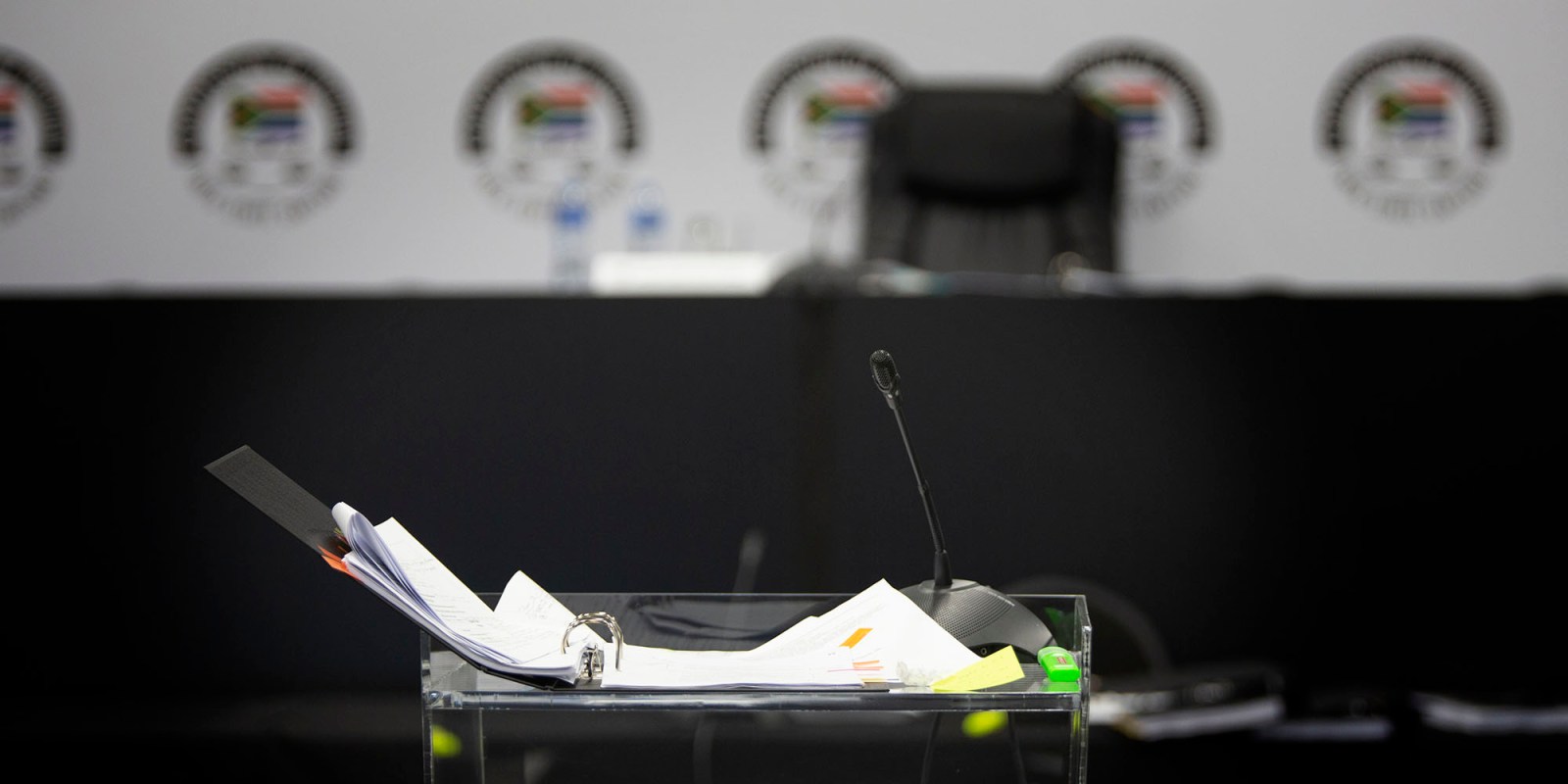 The Mhlathuze Water Board engineer named by Mr X in a major money-laundering scam has landed a top job at the Ekurhuleni metro council.

Mboniseni Majola, the man at the centre of money-laundering allegations at the State Capture commission of inquiry this week now has a top job as a human settlement executive in the City of Ekurhuleni, Daily Maverick has confirmed.

On Tuesday, Mr X, a witness appearing in-camera before the inquiry, related how Majola ran a money-laundering empire through his business, Isibonelo Construction in Richards Bay.

Mr X revealed that Majola had put at least R11-million in inflated contracts into his company through manufactured invoices and then instructed him on how the money should be paid out.

The key payments were made from, or to, four companies including Stefanutti Stocks, Sifezakonke Engineering and Isivusosami.

Majola was an engineer at the Mhlathuze Water Board when he allegedly ran this scam between 2015 and 2016, but he has subsequently left and now occupies a powerful role in Ekurhuleni, one of the country’s largest cities.

He did not respond to Daily Maverick’s calls, but his job there has been confirmed.

Dudu Myeni, who was the chairperson of the Mhlathuze board, was also part of the scam, according to Mr X. She would use his business both as a front to carry out the work on contracts she would run and as a conduit to fund the Jacob G Zuma Foundation of which she is also the chairperson.

Mr X revealed to the commission that he had been approached by Majola, whom he called a friend.

“In 2015, a friend of mine from Richards Bay said he wants to partner with me and he mentioned there were funds he wanted to release. He said he works for Mhlathuze Water Board and he is looking for a person that can be trusted,” Mr X said in sworn testimony.

For two days he detailed how Majola allegedly ran the system: he would call or visit the offices of Mr X’s family-owned business Isibonelo and then create invoices with Mr X’s secretary.

“He (Majola) would come with a piece of paper of details to be described on the invoice. He would generate invoices with my secretary and then he would leave with the invoices. And I would call and tell him the money was in my account,” said Mr X as he described how the system worked.

Because Isibonelo was a small-time operator, he said his company could not and did not do the work that it was ostensibly invoicing for: this included “road-surfacing”; “electrification” and “refurbishment of office lift” and a “surge tower refurbishment”.

On each invoice, advocate Kate Hofmeyr, acting for the commission, asked Mr X:

“Did you perform the work as described in this invoice?” and he would answer: “No.”

After making up the invoices with Mr X’s secretary, Majola would leave with the invoices and have them stamped at the Water Board to make them official. The money would be paid into Mr X’s account and he would then wait for instructions on how to pay that money out. His benefit, he told the State Capture commission, was not payola, but that his company could reflect a higher turnover and get a better grading from the construction sector regulator, the Construction Industry Development Board (CIDB).

“What made me happy was to get an opportunity to go and upgrade at CIDB,” said Mr X when asked by the commission’s chairperson, Judge Raymond Zondo, why he had been part of the scheme.

“(My daughter) would inform me the money was drawn and she would hand the money to me as it was (usually) a large amount.” He would then give the money to Majola, said Mr X.

Zondo asked Mr X: “Did you not see this arrangement between yourself and Mr Majola as wrong?”

Mr X is in witness protection. His daughter has been called twice by Dudu Myeni to ask why her father is making trouble — his testimony ruptures a two-year friendship and kinship with Myeni.

Hofmeyr said Majola’s lawyers planned to make an application on Tuesday 18 February, but this had not happened by the end of the day’s testimony. DM