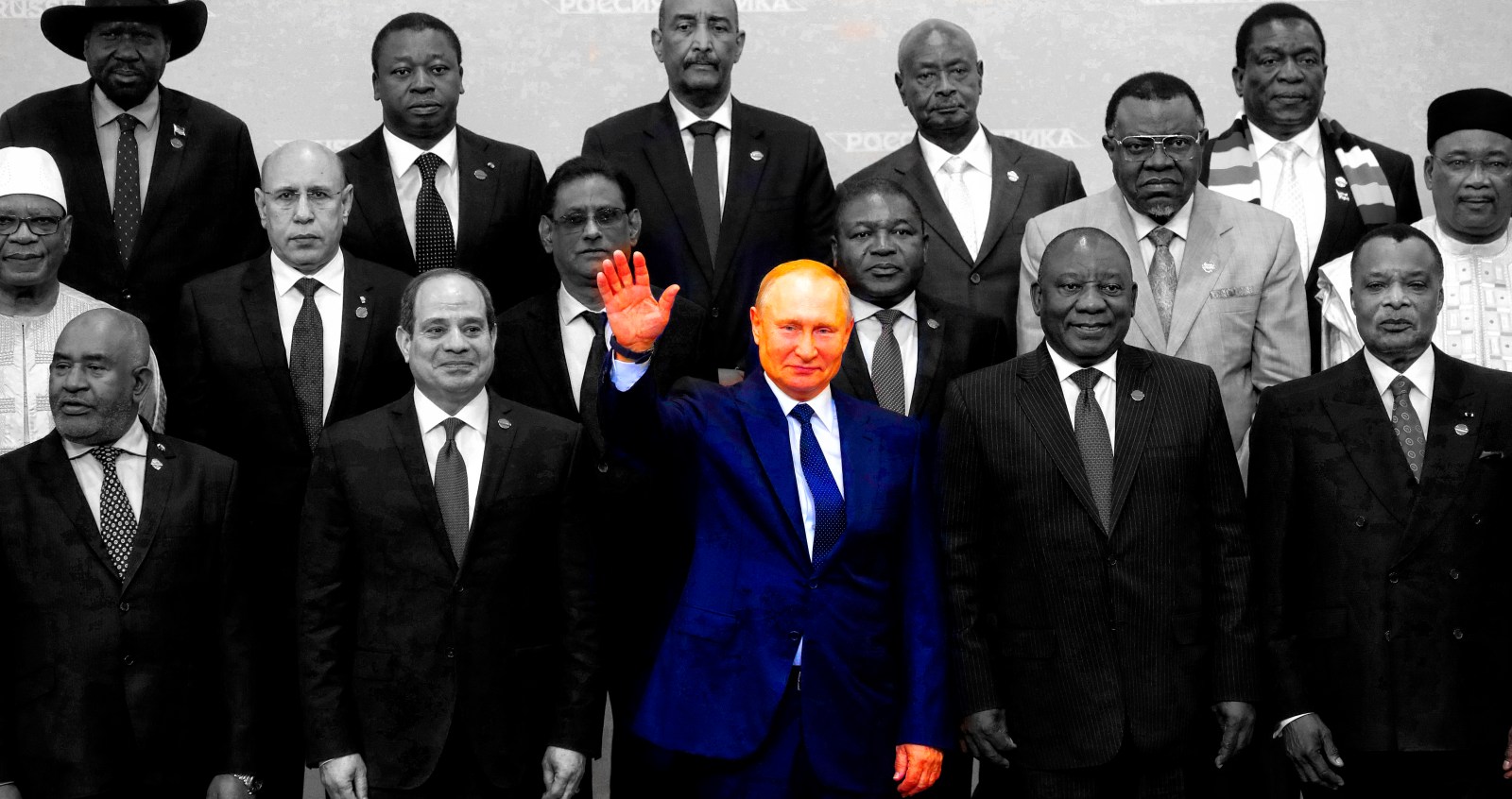 The Russian embassy takes strong exception to a Daily Maverick article about that country’s alleged secret nuclear deal with South Africa, and says that its nuclear technology is the most advanced in the world.

We took note of the article “How South Africans thwarted secret Putin/Zuma nuclear deal” by Marianne Thamm, published in Daily Maverick on 19 December 2019.

Regrettably, this is yet another anti-Russian hit-piece filled with classic anti-Russian clichés, first and foremost, the infamous “secret nuclear deal” – a threadbare fiction, similar to “Russian interference in US elections 2016” in its non-existence.

There’s nothing surprising about the article having such a distinct anti-Russian tone. After all, the whole thing is merely a retelling of a report by the Carnegie Endowment for International Peace based on research which is, as the author herself generously mentions, “supported by the United States European Command with additional support from C5 Capital”. Again, it’s not surprising to see concentrated anti-Russian propaganda in a report created with such “support”. The only surprising thing about the article is that it was published in the “Analysis” section of Daily Maverick since it barely has anything to do with analysis.

The whole piece is written without casting a shade of doubt that the report’s findings might be biased, to say the least, and presents them as the ultimate truth. As if Carnegie Endowment, US European Command or C5 Capital were experts in civil nuclear energy who can decide whether or not it makes “economic sense” for a foreign sovereign state to build NPPs. The article even cites the report saying that “key players in the Russian national security establishment viewed civil nuclear power exports as a tool of projecting influence abroad”. Sound familiar? It’s a rendition of the “Russian nuclear power plants are a hybrid combination of a powerful embassy and a military base” cliché we already commented on. Our question is the same: is there any evidence that Russian NPPs are used to project political power anywhere in the world?

Furthermore, the author seems fine with Carnegie Endowment and its partners in research undertaking to comment on how the South African state apparatus works. What gives that impression is the unconditional citation of a statement that to make South Africa a BRICS member, its government “appeared to set aside some of its traditional principles – specifically, non-interference in the affairs of sovereign states, the inviolability of state borders and opposition to regime change”.

Thamm even refers to South Africa’s law on treason, saying that the “study clearly reveals” that “Jacob Zuma’s secret nuclear deal with Russia “usurps the power of the government”. We know for a fact that it’s not for studies or researchers to decide whether or not someone violated the South African law.

Carnegie Endowment for International Peace, US European Command and C5 Capital are NOT entitled to administer justice in South Africa. The Constitution of the Republic of South Africa stipulates that “The judicial authority of the Republic is vested in the courts” (Chapter 8, Section 165). No other options. All the rest is nothing but speculation and attempts to whip up hysteria.

Thamm’s unconditional belief in Carnegie Endowment’s report even brought her to cite the paragraph that praises South Africans for “contending with Russian malign activities”. As if South Africa and its people ever needed someone’s approval, as if they cannot decide for themselves what is best for their country.

Once again, South Africans are being told point blank what to think of Russia and how to interact with it. The article aims to make them believe that something is right just because someone in the West thinks it is right, meanwhile branding it all as “analysis”. What does analysis have to do with blind faith in someone else’s words?

Russia sees South Africa as its strategic partner and a friend. We enjoy long-standing relations, based on trust, mutual understanding and respect. We cherish the memory and are proud of the former USSR’s assistance to the anti-apartheid struggle in South Africa and we are ready to continue to cooperate with our South African partners. Our expertise and economic potential are within their grasp. It is up to them and to them alone to decide whether they need an NPP or not.

This decision is to be made without any outside pressure and “hints” from pseudo-experts and pseudo-analysts such as those from US European Command and Co, since their “expert reviews” and “analytics” are nothing but a form of unfair competition aimed at promoting foreign interests. They are trying so hard that it’s pretty obvious even to a casual reader whose interests those are.

“Why would they resort to methods of unfair competition?”, you might ask. It is a well-known fact that Russia has the most advanced technologies in the area of civil nuclear energy. What could be opposed to that except a smear campaign? DM

Alexander Arefiev is third secretary and press attache at the Embassy of the Russian Federation.