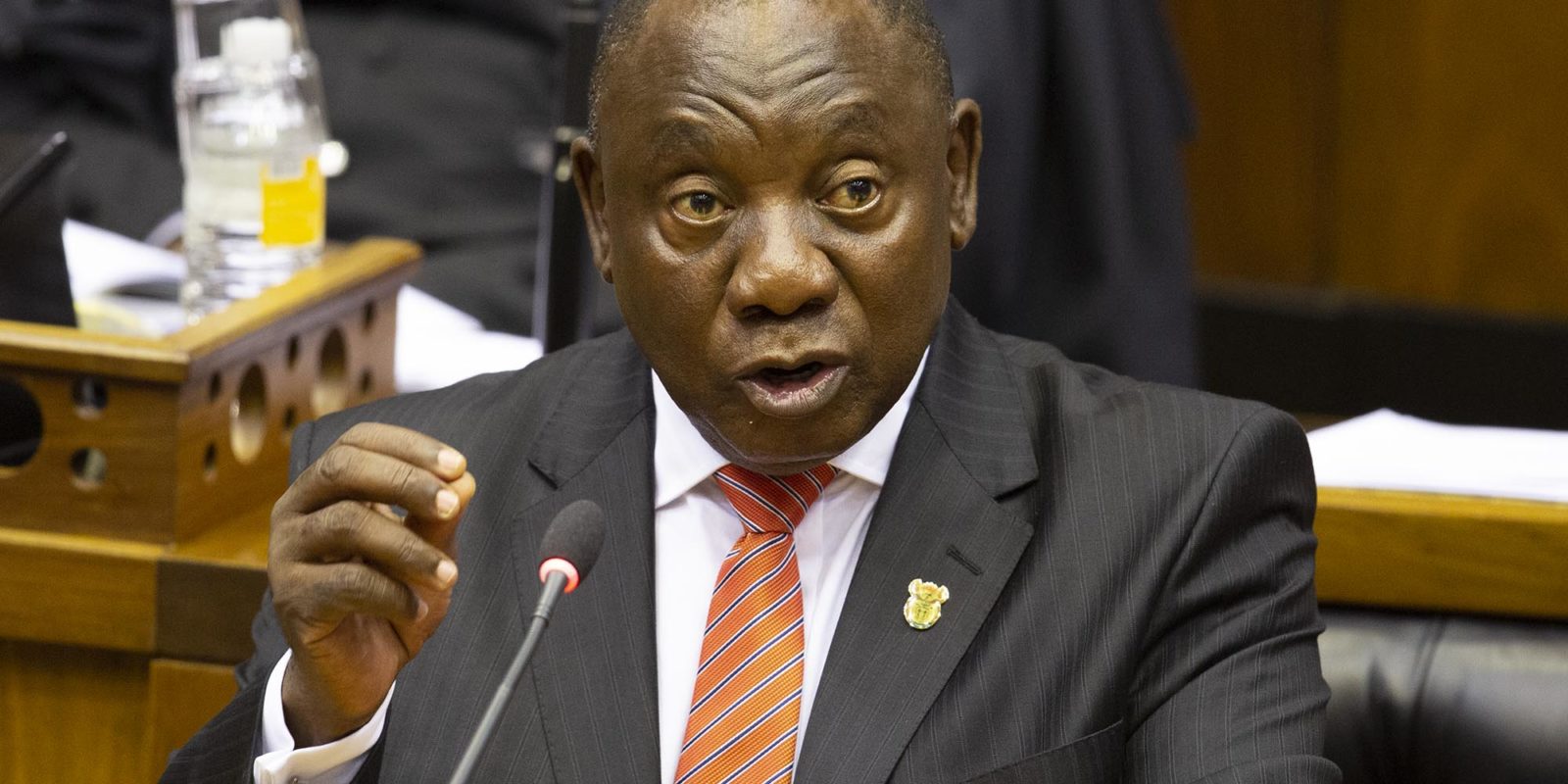 President Cyril Ramaphosa’s State of the Nation Address had some eye-opening economic policy announcements, including the establishment of a sovereign wealth fund and a state bank. There was also a commitment to fast-track new and renewable power generation.

The state of public finances in South Africa is dire, President Cyril Ramaphosa admitted in his State of the Nation Address (SONA) on 13 February 2020. But apparently not so dire that this would be an obstacle to the creation of a sovereign wealth fund (SWF) or a state bank.

The SWF and the state bank — ideas which have been mooted before by the ANC — were among the many policy initiatives unveiled by the president in his delayed speech. There was also plenty of talk of action on the fiscal front ahead of Finance Minister Tito Mboweni’s Budget speech later this month.

“When he delivers his Budget speech two weeks from now, the Minister of Finance will outline a series of measures to reduce spending and improve its composition. We are engaged with labour and other stakeholders on measures to contain the public wage bill and reduce wastage,” he said.

That will be crucial, especially if the government is to find the funds for the SWF and the state bank. On the SFW, Ramaphosa had the following to say:

“We have decided to establish a sovereign wealth fund as a means to preserve and grow the national endowment of our nation, giving practical meaning to the injunction that the people shall share in the country’s wealth.”

This begs an obvious initial question, which will presumably be answered in the coming weeks: where will the seed capital come from? Among other things, SWFs usually pool excess government savings and foreign currency reserves, which are often accumulated from the export of commodities.

Hence, they are often used by resource-dependent economies. Norway has one, built from its oil wealth, which has more than $1-trillion in assets. Angola also has one, and it has had some issues — they can be a looter’s dream. 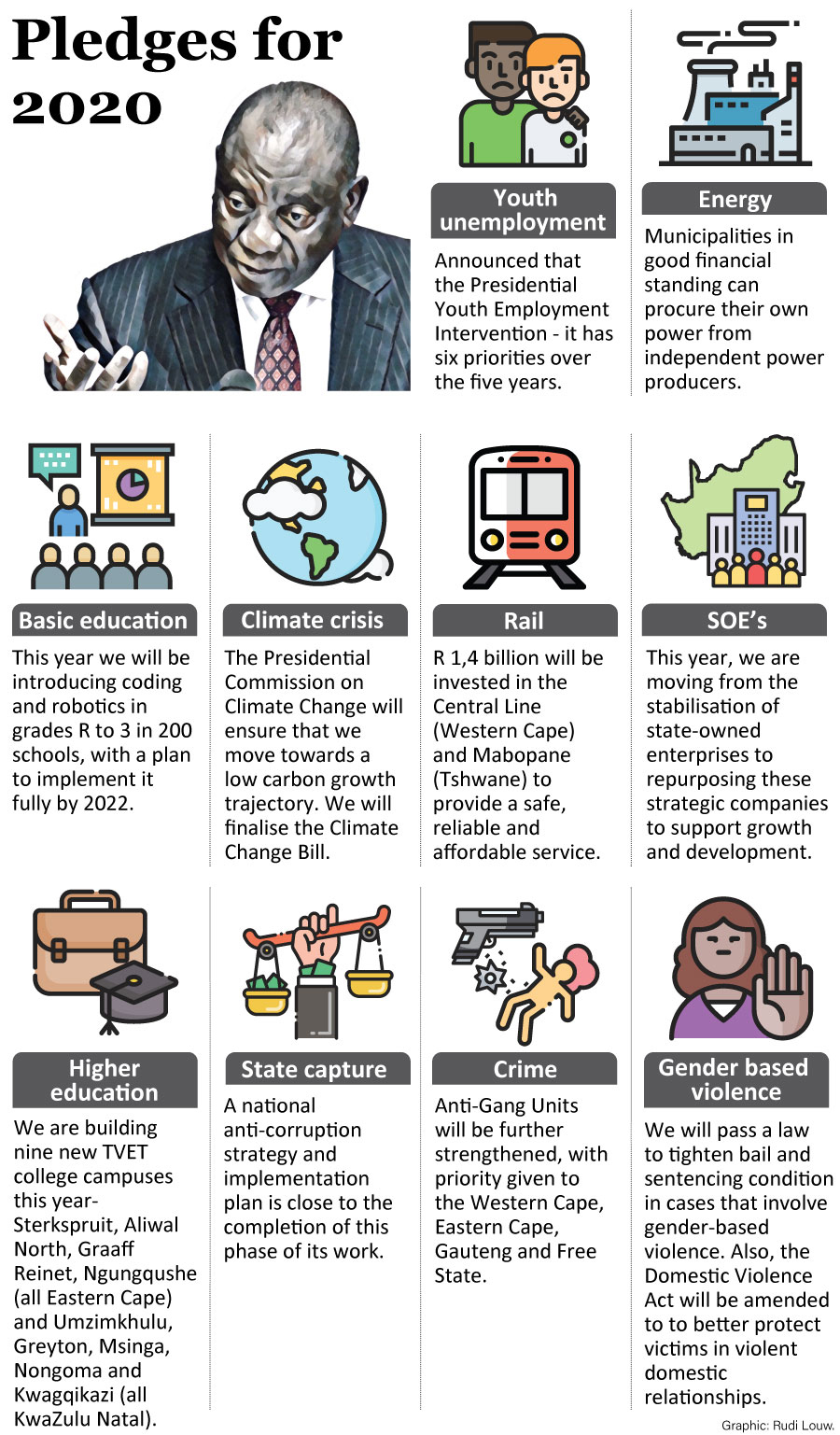 So how will South Africa’s SWF be funded? South Africa does not have excess foreign reserves. Gold and PGM producers are currently posting robust profits because of high prices. Could a windfall tax be in the offing? This is purely speculation, but SFWs are often funded from the resource sector.

A state bank was an idea that former resource minister Mosebenzi Zwane used to bang on about when his Gupta pals became unbanked.

“We are also proceeding with the establishment of a state bank as part of our effort to extend access to financial services to all South Africans,” Ramaphosa said.

Like the SFW, it is hard to see where the capital will come from — banks need to be well capitalised.

“A state bank and an SWF are a pipe dream that while they can happen in outline are going to get nowhere with no ‘free money’ to play with at all. They simply raise expectations that can’t be met,” Peter Attard Montalto, head of Capital Markets Research at Intellidex, told Business Maverick.

These initiatives are also being raised when a potential downgrade by Moody’s looms, which would seal South Africa’s junk status, raising the cost of borrowing and leaving fewer funds available.

“Currently, the risk of a credit downgrade in South Africa to junk is high, so how the government plans to find the excess capital is unknown,” said Shawn Duthie, MD of Inyani Intelligence.

One pipe-dream that might come to fruition is a freeing of the cannabis economy.

“This year we will open up and regulate the commercial use of hemp products, providing opportunities for small-scale farmers; and formulate policy on the use of cannabis products for medicinal purposes, to build this industry in line with global trends,” Ramaphosa said. Moving off script, he noted that it was widely grown in the country and was amused by the excitement the announcement provoked in Parliament.

Ramaphosa also pointed to plans to enable “the development of additional grid capacity from renewable energy, natural gas, hydropower, battery storage and coal,” which was welcome, though firm timelines would also have been welcome.

“These are important steps, but the absence of detail on timing — that crucial information given the need for a quick turnaround — is unfortunate,” said Razia Khan, chief Africa economist at Standard Chartered Bank.

More details will no doubt emerge in Mboweni’s Budget speech. Aside from his spending cuts, he may need to find some money for new projects. Faster economic growth would help on that front, and the SONA was notably short on ideas there. BM