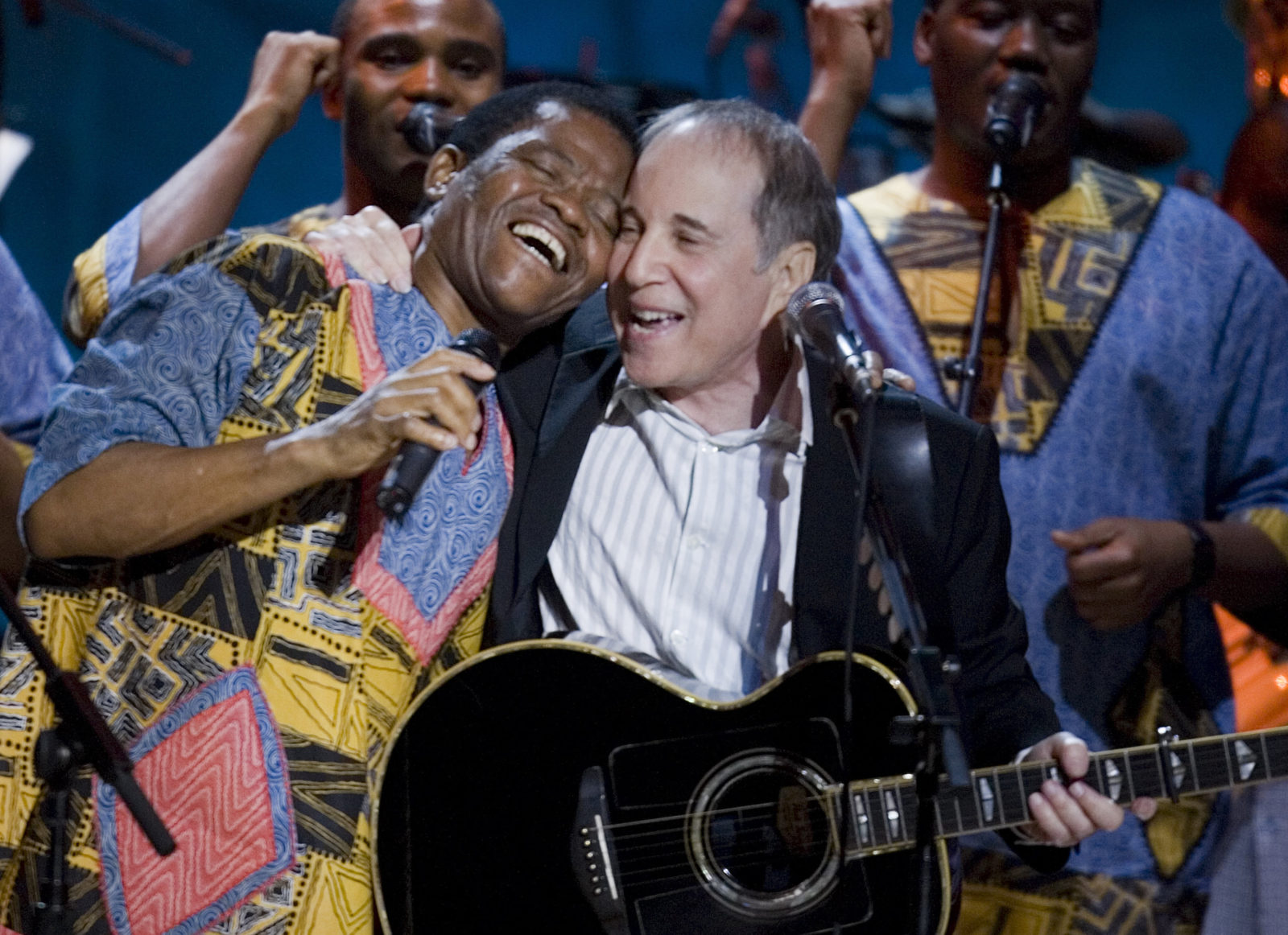 WASHINGTON - MAY 23: Paul Simon (C), Joseph Shabalala (L) and other members of Ladysmith Black Mambazo perform during the Library Of Congress Gershwin Prize For Popular Song Gala at the Warner Theater May 23, 2007 in Washington, DC. (Photo by Brendan Smialowski/Getty Images)

JOHANNESBURG, Feb 11 (Reuters) - The founder of South Africa's male acapella group Ladysmith Black Mambazo, Joseph Shabalala, has died in hospital at the age of 78, the government and national broadcaster SABC said on Tuesday.

Over their long career they also worked with musicians Stevie Wonder and Dolly Parton, among others.

Shabalala founded the prolific group in the small town of Ladysmith along the east coast of South Africa in the 1960s, at the height of white minority apartheid rule.

According to the group’s website, the “Black” in their name was a reference to strong oxen and Shabalala’s early life on a farm, while the word “Mambazo” is the Zulu word for a chopping axe, a symbol of the group’s vocal power.

Band manager Xolani Majozi told national broadcaster SABC that Shabalala had been ill since December when he was hospitalised.

“We would like to extend our condolences on the passing of Joseph Shabalala who was the founder of the group Ladysmith Black Mambazo,” the government’s official twitter feed said. (Reporting by Wendell Roelf, Editing by William Maclean)

John Yeld for GroundUp
Save 4 mins